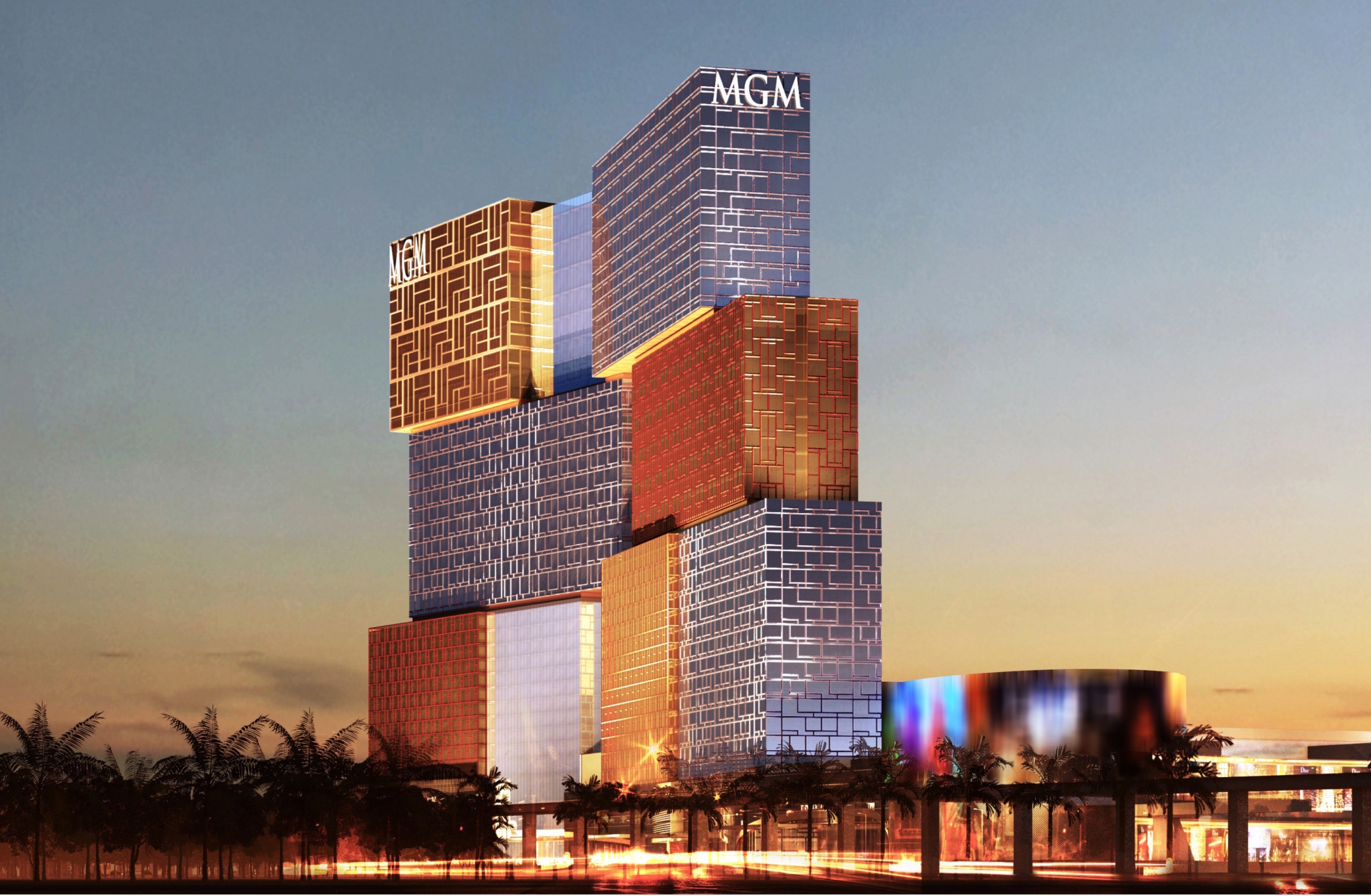 MGM China Announces Opening Events for MGM COTAI.Doors will open to the public on January 29, 2018 followed by a series of additional celebrations throughout the year

Macau, January, 2018 – MGM China Holdings Limited (“MGM China” or the “Company”; SEHK Stock Code: 2282) announced that it will kick off a series of celebrations following the opening of the doors to the public of the latest addition to the MGM portfolio in Macau, MGM COTAI on January 29.

MGM COTAI is an approximately HK$27 billion integrated resort which will redefine the way people experience art and entertainment through innovative technology. Set to become the most innovative integrated resort in the world, MGM COTAI brings first-of-its-kind entertainment experiences through the Spectacle and MGM Theater, Asia’s first dynamic theater with resident shows. It is also home to a unique art collection of over 300 pieces of contemporary art. The resort will become Macau’s most creative culinary destination with never-before-seen-in-Macau dining concepts curated by world-renowned celebrity chefs.

“MGM COTAI has been uniquely and meticulously designed for this market and demonstrates our commitment to supporting Macau’scontinued evolution into a global destination for tourism and leisure. As planned, on January 29, our exceptional resort will open its doors to the public and importantly to the people of Macau to discover its rich content and all of the treasures we built and dedicated for them. Following the opening we will host a series of celebratory events that will carry on throughout 2018,” said Grant Bowie, Chief Executive Officer and Executive Director of MGM China Holdings Limited.

The opening of MGM COTAI’s doors on January 29 will serve as a commemoration in which all are welcome to participate as we debut this award-winning resort to the public and showcase our entertainment experiences for the first time.

Subsequently on February 13, in anticipation of Chinese New Year, we will host the official grand opening ceremony and gala dinner to be officiated by our government officials and celebrated with our community and partners from all over the world who served an integral role in helping us successfully develop and bring this spectacular resort to the market.

Throughout 2018, MGM COTAI will host a series of additional events including:

Debut of resident shows at the MGM Theater at MGM COTAI:

The Experience, inspired by the soul of Macau, is a 10-minute mind-bending and harmonious technological symphony that showcases the Theater’s engineering and architectural dexterity.

Destiny is an electrifying, action-packed immersive theatrical production that is inspired by the concept of TV game shows and adventure video games.

Opening of the first international MGM Mansion at MGM COTAI, our exclusive resort within the property

Retail and celebrity chef showcase events throughout the year

The opening date of MGM COTAI is subject to receipt of all necessary government approvals.

Slated to open on January 29, 2018, MGM COTAI is the latest addition to the MGM portfolio in China. Designed as the “jewelry box” of Cotai, it plans to offer approximately 1,400 hotel rooms and suites, meeting space, high end spa, retail offerings and food and beverage outlets as well as the first international Mansion at MGM for the ultimate luxury experience. MGM COTAI will offer Asia’sfirst dynamic theater and a spectacle to wow every guest who steps foot in the resort. MGM COTAI is being developed to drive greater product diversification and bring more advanced and innovative forms of entertainment to Macau as it grows as a global tourist destination. MGM COTAI is the largest property and the first private sector project ever to achieve the China Green Building (Macau) Design Label Certification.

MGM China (HKEx: 2282) is a leading developer, owner and operator of gaming and lodging resorts in the Greater China region. We are a subsidiary of MGM Grand Paradise, SA which holds one of the six gaming concessions/subconcessions to run casino games in Macau. MGM Grand Paradise, SA owns and operates MGM MACAU, the award-winning premium integrated resort located on the Macau Peninsula and is developing a second resort, MGM COTAI which is expected to more than double our presence in the world’s largest gaming market, Macau. 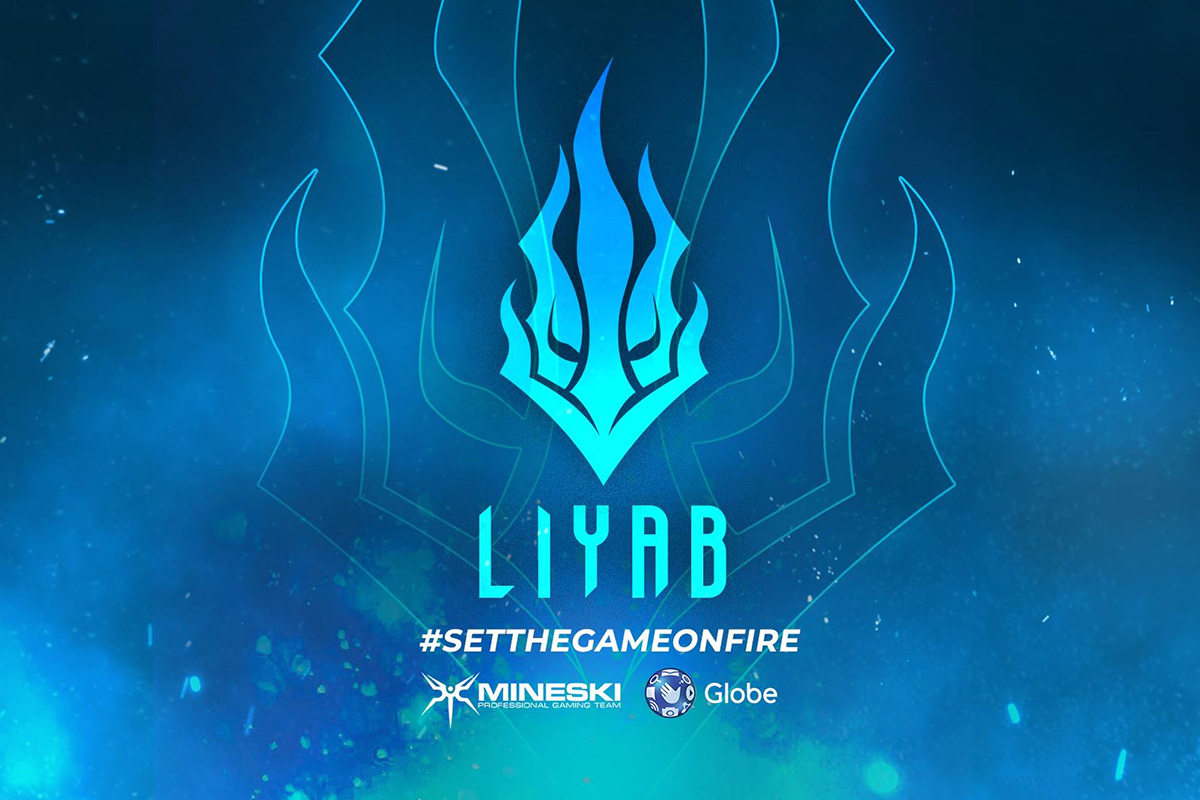 Globe Gaming, the gaming company based in the Philippines, has renewed its partnership with Mineski Philippines, the country’s leading esports agency. The two companies will focus on developing Liyab Esports and the Philippine Pro Gaming League (PPGL).

Team Liyab will be expanded  with the inclusion of a team for League of Legends Wild Rift.

PPGL will also be made bigger and better by the inclusion of community leagues.

“Our partnership has been very fruitful for both Mineski and Globe,” shares Jil Bausa-Go, VP for Get Entertained Tribe at Globe. “It is a journey marked with milestones which helped make Liyab, PPGL and our continuing vision for Philippine esports grow stronger and more resilient.”

Ronald Robins, Founder and CEO of Mineski Global echoes this excitement for renewed ties with the telco giant: “This is definitely an exciting new chapter for us, and we are happy to have our partners at Globe remain steadfast and committed in accelerating our efforts to grow the esports industry. Unfazed by the current situation, our collaboration pledges to further promote the importance of esports, and the communities that support it in both the local and global stages.” 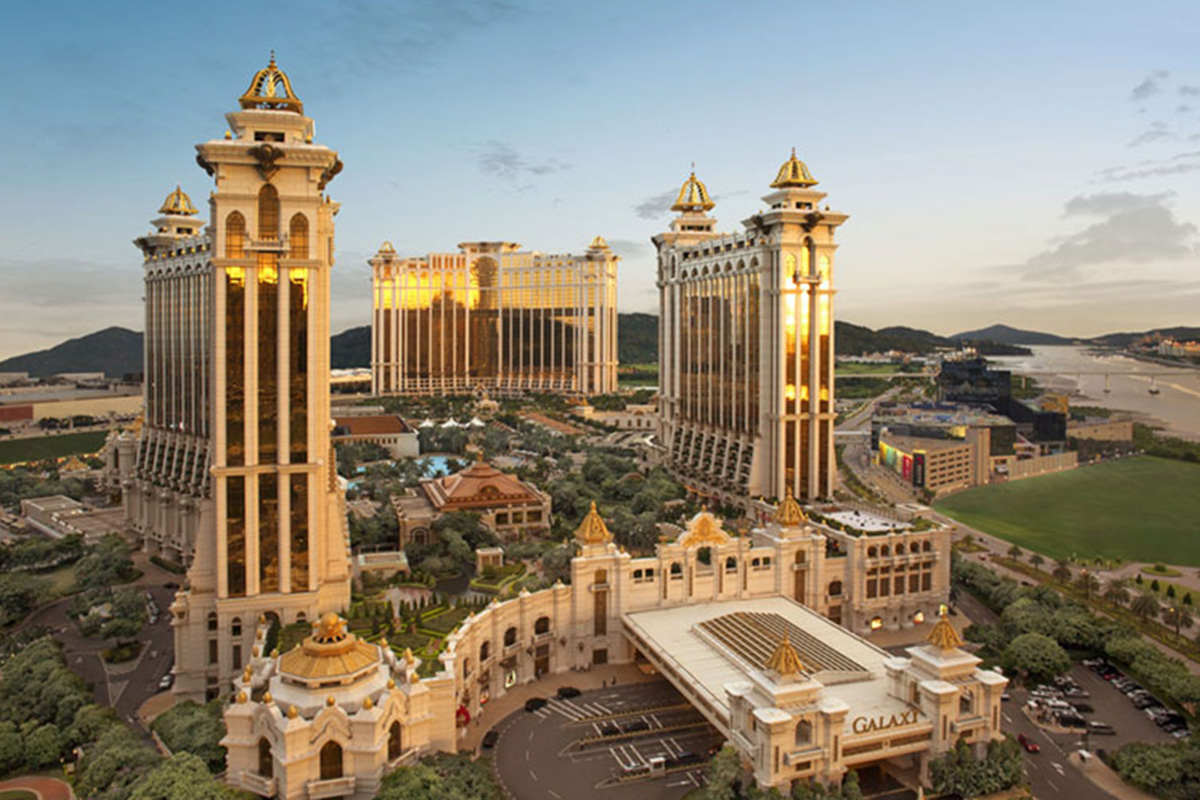 Lui Che Woo, Galaxy Entertainment Group Chairman, spelled out the company’s commitment to build an integrated resort in Japan. He said the company will be ready to adjust even if the Japanese government  brings in changes to the timeline of IR development.

Galaxy’s position in this regard is contrary to the common trend among the other bidders of the Japanese IR facility. For example, Las Vegas Sands has completely withdrawn from the race following a change in timeline.

He emphasized the company’s commitment: “We continue to make progress with our international expansion plans. We do acknowledge that timelines for Japan may be impacted by the worldwide pandemic of COVID-19, however we can adjust accordingly and we remain committed to our Japan expansion plans. Our Japan based team continues with our Japan development efforts even as they deal with the COVID-19 crisis.

“We view Japan as a great long term growth opportunity that will complement our Macau operations and our other international expansion ambitions. GEG, together with Monte-Carlo SBM from the Principality of Monaco and our Japanese partners, look forward to bringing our brand of World Class IRs to Japan.”

Galaxy, a company that owns a policy of maintaining a strong liquidity policy , is a rare Macau operator that is withstanding the crisis induced by the COVID-19 pandemic. 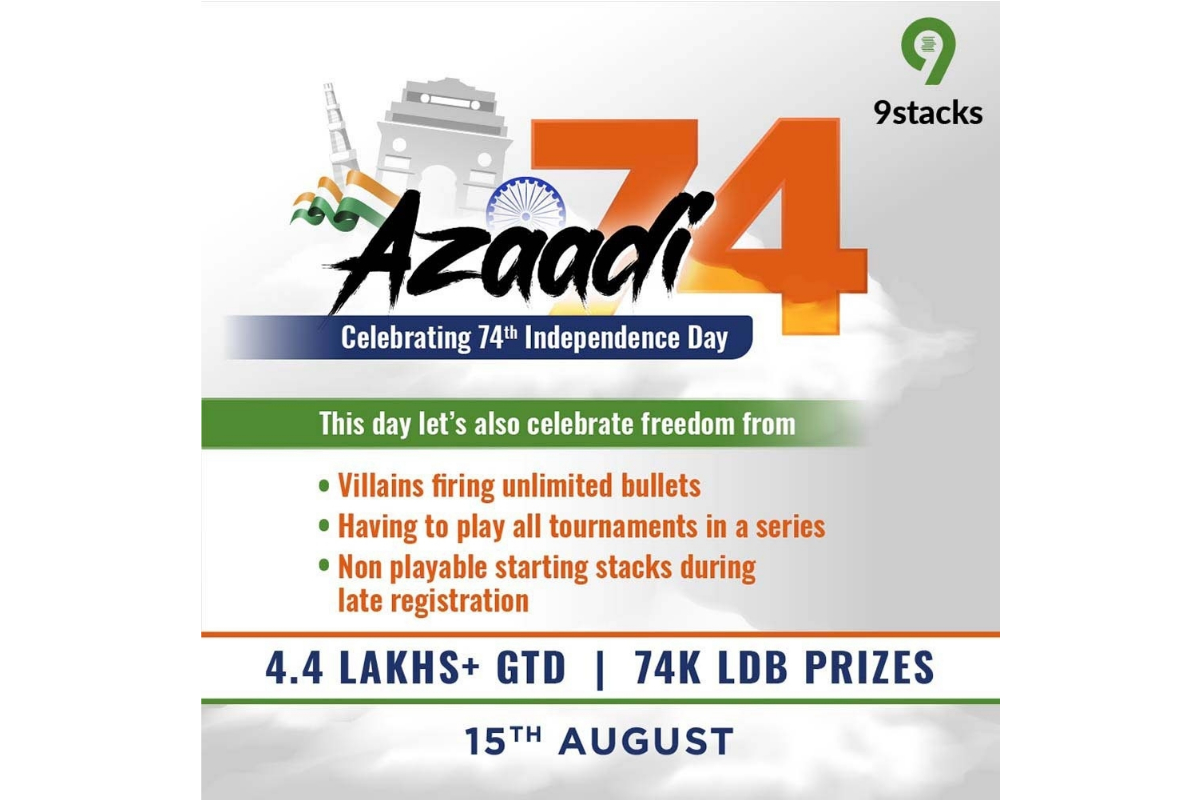 COVID-19 may have thrown life out of gear in 2020, but Indians with their unwavering spirit still have a way of celebrating what matters! And what could matter more than the day we became independent. With the AZAADI74 Series, the gamers get to play six tournaments on a single day, and if their overall performance puts them in the top 10 for the day then each of the players will win Rs. 7,400/- from the Azaadi74 leaderboard prize!  Also the player with highest leaderboard points will also get a 9stacks premium poker chipset.

i. Azaadi from unplayable structures! –
9stacks have designed the series as an exciting journey through various poker tournament formats and structures with maximum playability – with very high starting stacks (at least 25 blinds) even at the end of the late registration period.

ii. Azaadi from folks who fire unlimited bullets!
9stacks have tried to give each player a chance to try their true skills against the best players of each format, without bankroll becoming a big factor. Therefore, at most 2 Re-entries and no rebuys will be allowed in any tournament.

iii. Azaadi from having to play every tournament in a series to qualify for leaderboard prizes!
The player can play any number of tournament/s as per his/her choice and time availability. Only the best 4 results are taken into account while calculating leaderboard prizes!

iv. Azaadi from multi day commitment to play a full series!
Unlike other series that require a multi-day commitment to figure in the leaderboard, all the tournaments here happen in a single day!

9stacks is India’s fastest growing online poker platform. Want to learn how to play poker? Want to learn how to win money at poker? 9stacks is the best poker destination for new, as well as regular poker players in India to have fun, develop poker skills and win money. 9stacks is a professionally run Indian online poker platform and 100% legal in India. As a highly reliable, safe and trusted poker site in India, we process the fastest cashouts when you win money on 9stacks. Both the 9stacks website, and the 9stacks app have an easy-to-use intuitive interface – and you can play online poker seamlessly, on your phone or computer; anytime, anywhere. Indeed, 9stacks is “Where India Plays Poker”.