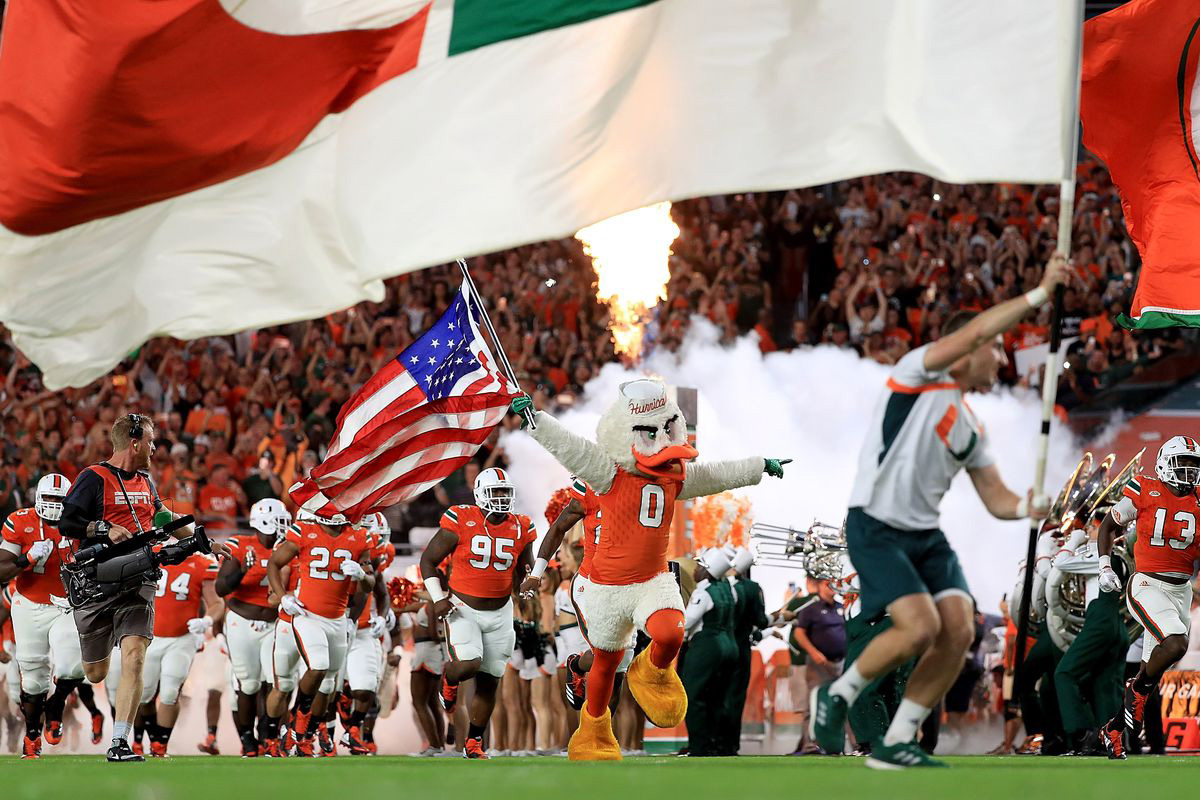 The gamblers in Las Vegas are overwhelmingly backing Miami Hurricanes to win against LSU Tigers in their upcoming NCAA football fixture.

It was evident in the roundtable convened by sports gambling source Covers in which executives John Murray, Nick Bogdonavich, and Chris Andrews discussed  gambling rates and odds for upcoming college football games this Fall.

Two things are clear from the discussions. First, the Miami vs LSU game is one of the most heavily bet games in the opening weekend. Second, a majority of bettors backing Miami to win.

Originally, Miami was the favoured winners in early projections, with a decent 2017 season and a solid number of talent returning this season being huge boosts to their winning odds. The Hurricanes had a −2.5 point lead against LSU when the early bets were being made, now it received a wider spread with −3.0.

With even a wider spread than the original lead before, Miami is projected in Vegas to put a whooping on LSU in the season opener September 2nd. However, an upset from the Tigers would mean a bigger purse for the people bold enough to bet on them. Even one of the bookkeepers did not believe they had a shot.

“We’re gonna need LSU, but unfortunately, we don’t think much of LSU this year.”