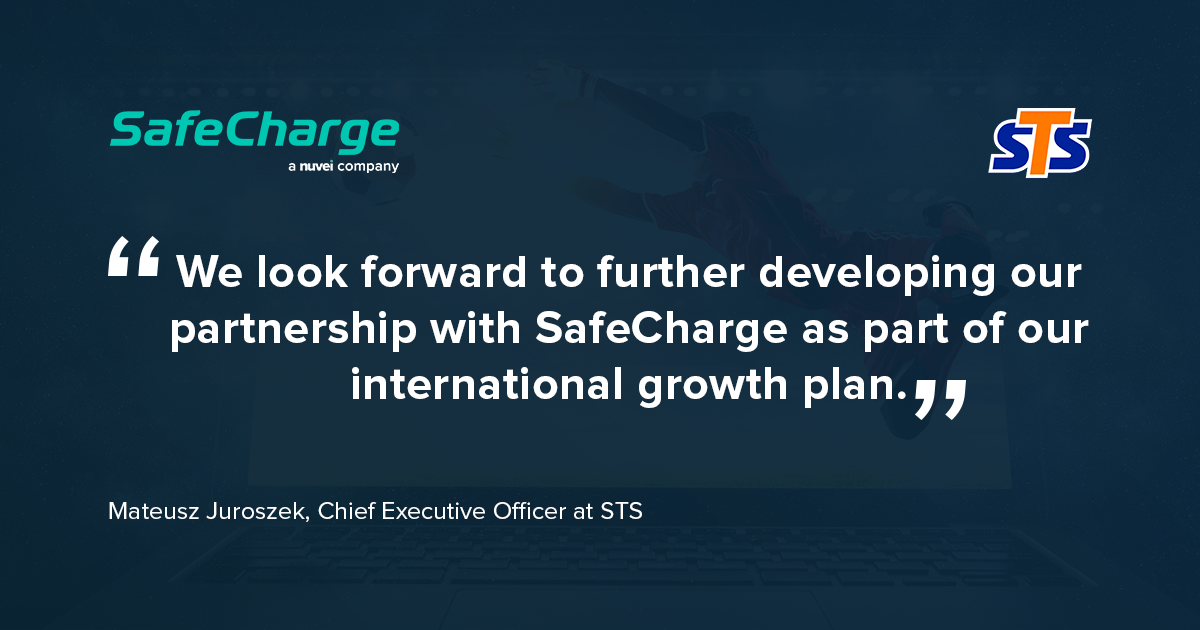 SafeCharge, a Nuvei company, has partnered with the Polish bookmaker STS Gaming Group. As per the deal, SafeCharge will provide the platform and technology to enable STS to launch operations in the UK.

STS betting services to over 1 million customers in Europe and is the first Polish bookmaking business to secure a gaming licence in the UK regulated market. Obtaining the license is part of STS’s broader international growth strategy.

STS implemented SafeCharge’s Cashier, a feature-rich hosted solution that delivers rapid onboarding and is designed to optimise payment acceptance and withdrawals. With Cashier’s suite of built-in conversion-boosting features, risk management and traffic routing, STS benefits from both compliance with local gaming regulations and a proprietary platform that has proven to increase approval rates, while decreasing player abandonment.

“With sports betting at the core of our business and our continuing plans for geographic expansion, we sought a partner with a demonstrable industry track record to successfully expedite our strategy. We look forward to further developing our partnership with SafeCharge as part of our international growth plans,” Mateusz Juroszek, chief executive officer at STS, said.

“Companies operating in complex markets are seeking technology partners who can provide the hands-on experience and business intelligence needed to expand effectively and rapidly. Our team worked closely with STS to ensure they thrive not only in the U.K., but also leverage our platform to drive agile and scalable global growth,” Philip Fayer, chairman and CEO of Nuvei, said.

“We are delighted with our strong partnership with STS, an exceptionally successful company expanding its core brand into new regulated markets. We are well-positioned to address all of STS’s payment requirements to succeed in the U.K. market, in addition to facilitating their future expansion plans,” Yuval Ziv, managing director of digital payments at SafeCharge, said. 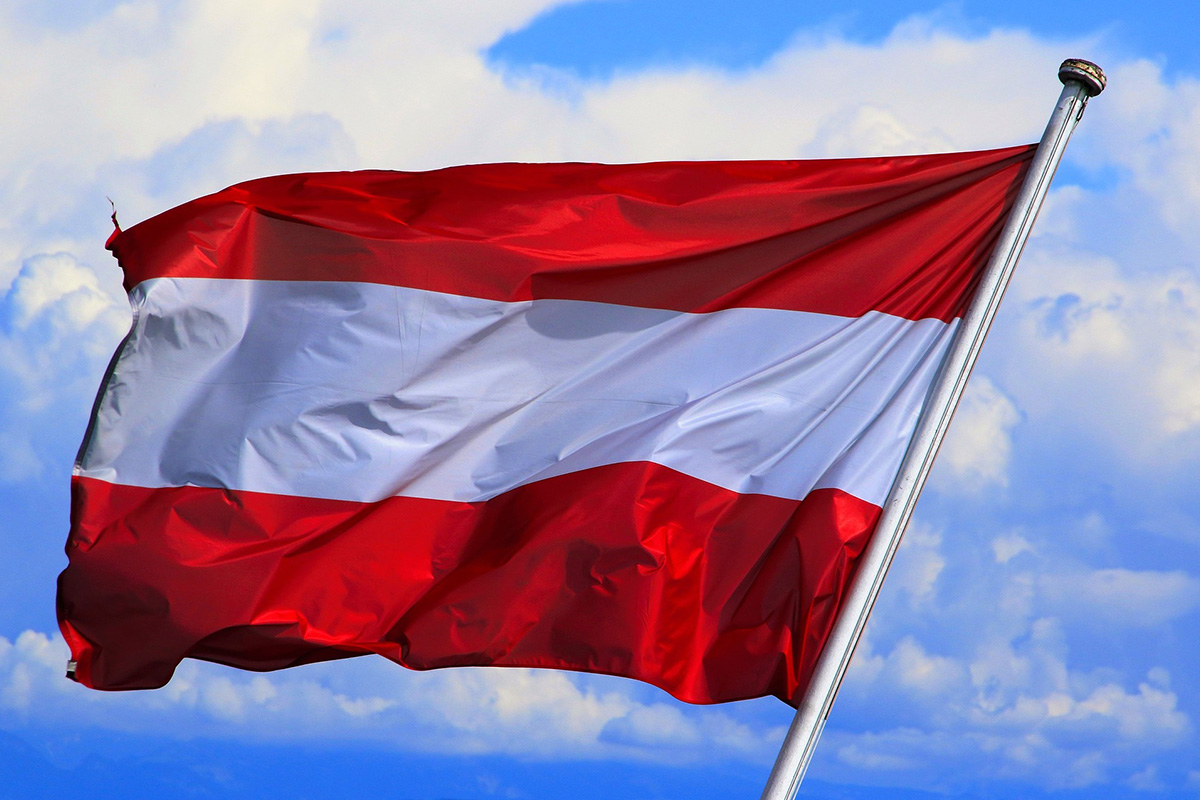 Claus Retschitzegger, president of the OVWG, said: “Austrian sport is one of those areas of society and the economy that have been hardest hit by the Corona crisis.

“The current infection figures in Austria and the resulting tightening of restrictions give cause for concern that the economic situation for Austrian sport will continue to deteriorate in the coming months.

“Austrian sport and the gaming and betting providers have always been important business partners, which is why we want to support them in this difficult situation.

“A permanent way to make more money for sport is to introduce a contemporary online gambling licensing system.

“With additional taxes and license fees, €30m to €50m can be earned and dedicated to Austrian sport.

“This would help them – in addition to the existing sports funding and sponsorship services – without further burdening the state budget which is already strained by COVID-19.

“The idea of ​​the OVWG is to replace the long outdated monopoly in the online area with a licensing system.

“In the future, licences should no longer be limited in terms of quantity but should be linked to compliance with high player and youth protection standards. Only those companies that meet these high standards and submit to state control should receive a licence.”

“A modern licensing system, as almost all EU countries already have, would bring further added value to Austria and ensure the attractiveness of the business location,” Retschitzegger added. 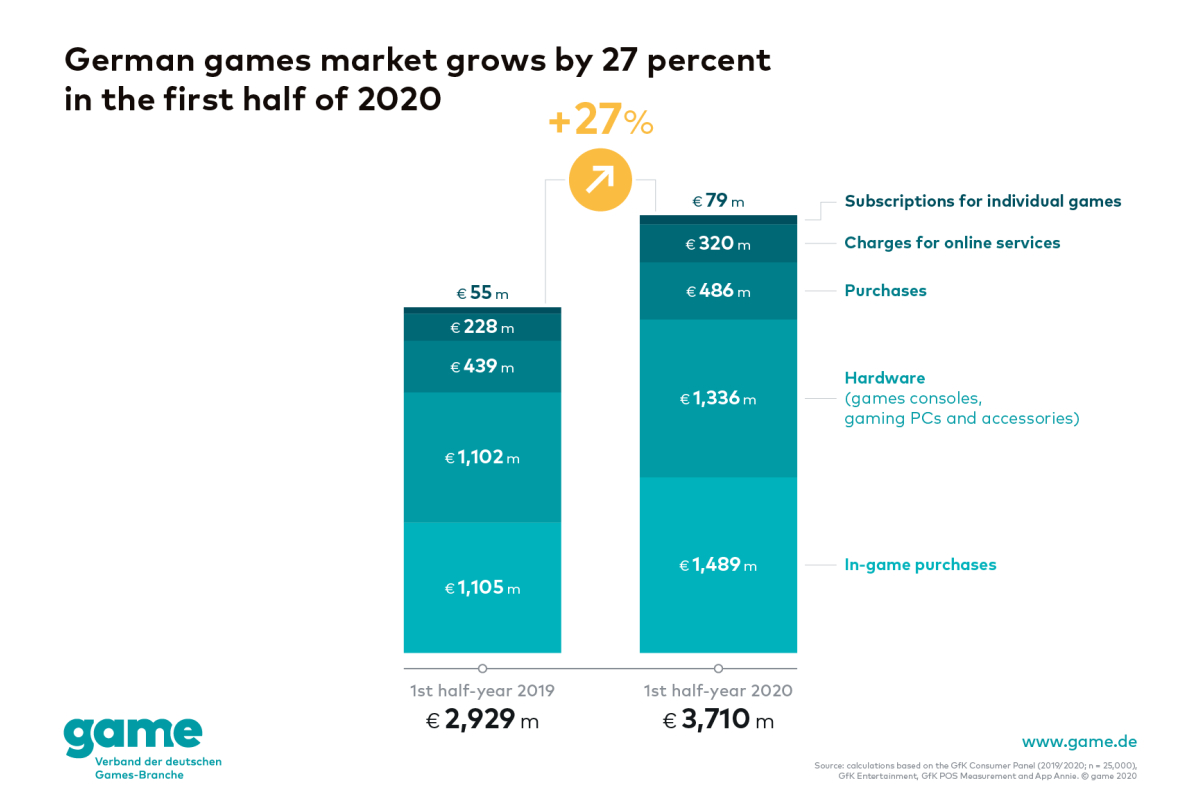 As a result of the COVID-19 pandemic, the first few months of this year not only broke records in terms of player numbers on many platforms; the games market also grew significantly during this period. Games and games hardware generated 3.7 billion euros in total revenue during the first half of 2020 in Germany: a 27 per cent increase, as announced today by game – the German Games Industry Association based on data collected by GfK and App Annie. Revenue from in-game purchases rose particularly sharply. In the first half of 2019, these purchases accounted for approximately 1.1 billion euros in revenue, whilst in the first six months of this year, that figure grew to nearly 1.5 billion euros – a 35 per cent increase. In-game purchases include both small charges – to better equip one’s game character, for example – and more expensive content like whole additional campaigns and season passes.

‘Particularly at the height of the COVID-19 pandemic, when countless contact restrictions were in place, games helped millions of people by keeping them entertained, allowing them to travel through virtual worlds when holidays were cancelled and keeping them in touch with friends and family,’ says Felix Falk, Managing Director of game. ‘This strong interest in games is now reflected in a spike in revenue – an exceptionally sharp spike, even for the German games market, which has already been experiencing rapid growth in recent years. It’s also notable that many people have opted to purchase gaming hardware, although revenue in this area typically tends to decline before the launch of a new generation of consoles. All these factors highlight just how important games really are – and not just during the COVID-19 pandemic.’

Games hardware in high demand
As part of the strong growth in the overall market, revenue from games hardware also increased drastically during the first six months of the year. Whilst in the first half of 2019 gaming PCs, games consoles and peripherals generated approximately 1.1 billion euros of revenue, that figure rose to 1.3 billion euros during the same period of this year. This equates to an increase of 21 per cent. And all four sectors of the market grew. Revenue from peripherals for gaming PCs increased particularly significantly; this includes input devices for gaming such as special mice and keyboards, monitors and graphics cards specially tailored to gamers, and virtual reality headsets.

Games help people get through the coronavirus crisis
In the lead-up to this year’s gamescom, game published representative survey data on the playing behaviour of Germans during the coronavirus crisis. The data showed that around one third (35 per cent) of players said they had played more than usual during the COVID-19 pandemic; about one quarter (27 per cent) had played more frequently than usual with family or friends. Overall, more than one quarter (28 per cent) of players said that games have helped them to get through the pandemic better.

About the market data
The market data is based on statistics compiled by the GfK Consumer Panel and App Annie. The methods used by GfK to collect data on Germany’s digital games market are unique in terms of both their quality and their global use. They include an ongoing survey of 25,000 consumers who are representative of the German population as a whole regarding their digital game purchasing and usage habits, as well as a retail panel. The data collection methods provide a unique insight into the German market for computer and video games.

The survey data used is based on an online survey by YouGov Deutschland GmbH in which 2,027 persons participated between 27 July and 1 August 2020. The results were weighted and are representative of the German population aged 16 and older. 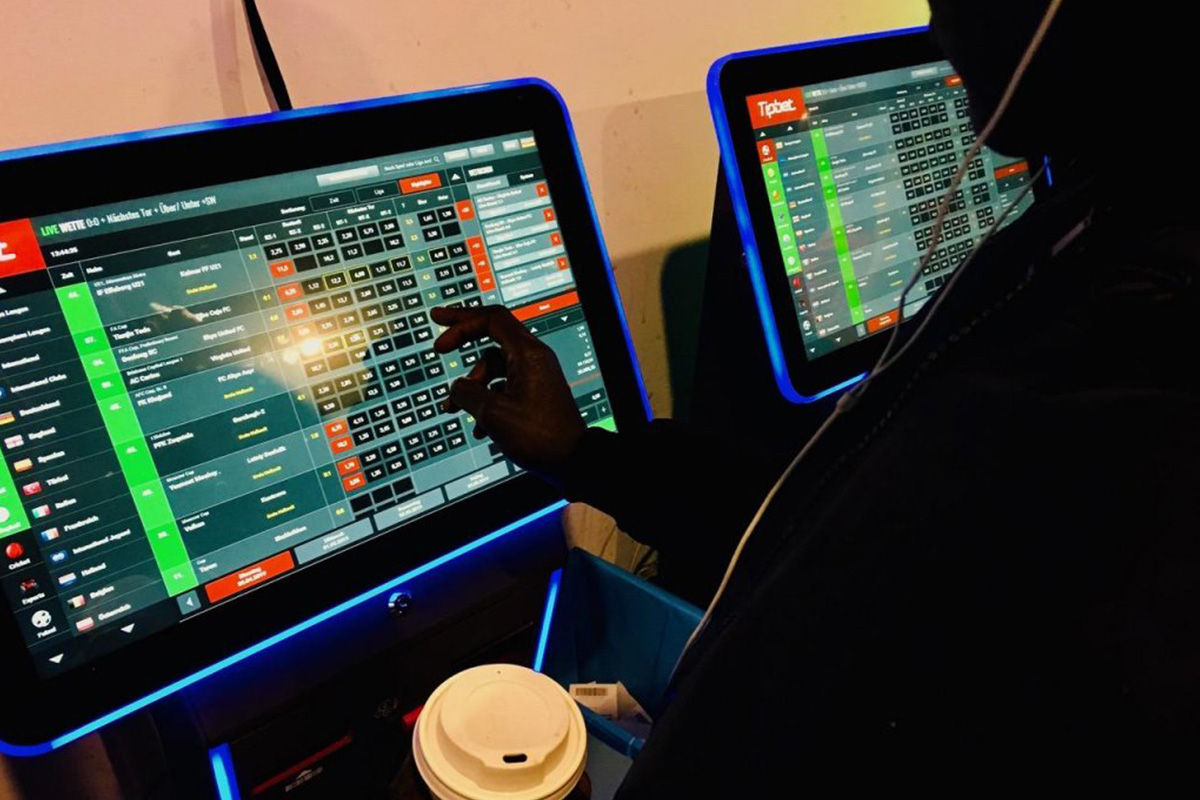 German sports betting operators are going to start TV campaigns. Betano and Unibet are among the customers of Magic Sports Media in Germany who will be advertising on the Sport1 free-to-air sports channel.

With the restart of the Bundesliga, the time is right, says the advertising company, for sports betting operators, major players, to resume communications with sports fans. It is the third year that Betano has promoted itself successfully through this medium and has already been accorded the EGR Mobile Operator of the Year award.

Similarly, Unibet is promoting itself in the Bundesliga, this time for the second successive year on Sport1 with spots on Sunday morning and Sky Sports News. They also have an Austrian advertising window. It is the official betting partner of Borussia Monchengladbach and RB Leipzig has connections too.

“Betano and Unibet have firmly established themselves in Germany since their successful start. The high-reach and target group affinity environments on Sport1 offer our two aspiring partners an excellent platform for staging their offers in order to further expand their market presence,” Christian Madlindl, managing director of Magic Sports Media, said.