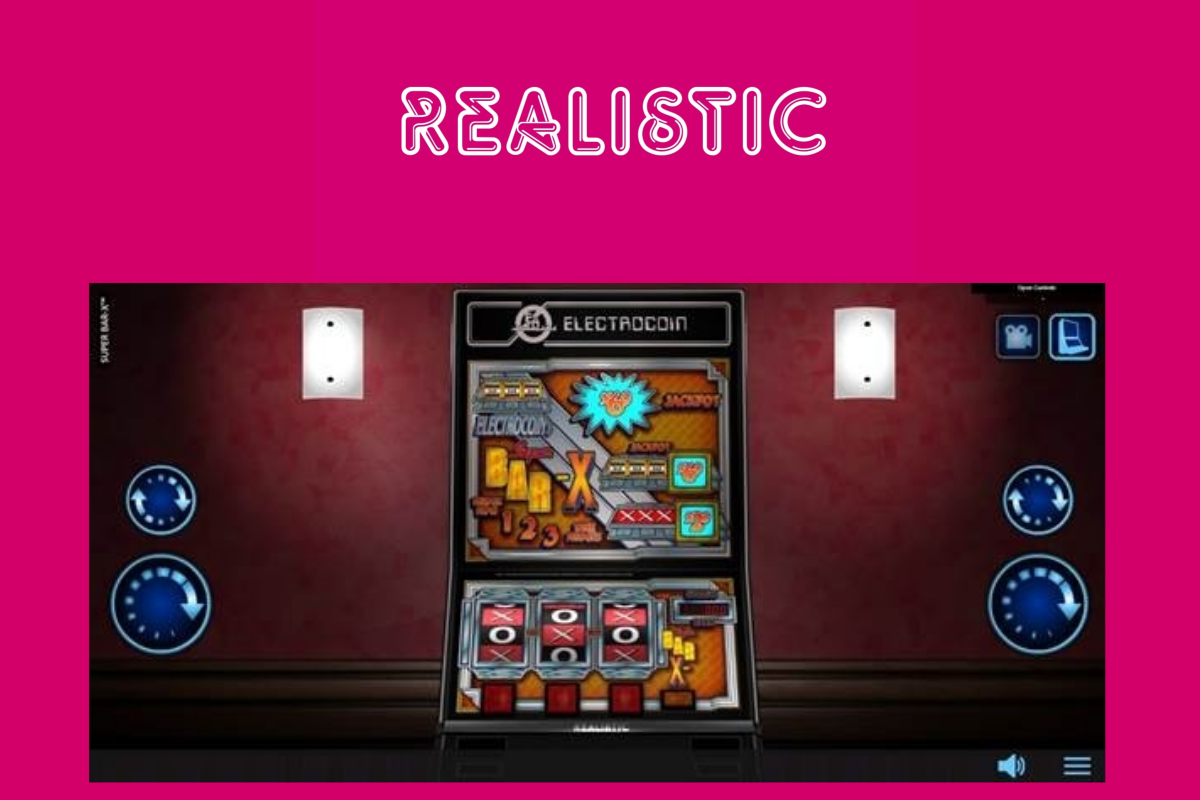 With a dedicated fanbase that has been established over 40 years, the iconic 3-reel slot is now available to play on mobile and desktop for the first time in an online version that recreates the look and feel of the Electrocoin original, complete with authentic sounds and timings.

Displayed in Realistic’s signature 3D cabinet, players are presented with a choice between three jackpot values and multiple low stake options to play the game at the traditional Super Bar-X™ stake to prize ratio.

Nudges, winning re-spins, holds on wins and win sequences add to the gameplay, and all wins up to a maximum of x120, x150 or x180 depending on the selected profile are added to the collect bank until the game ends.

Super Bar-X™ is the seventh game Realistic has developed in collaboration with Electrocoin, with three more releases scheduled to launch before the year ends.

Robert Lee, Commercial Director of Realistic Games, said: “It’s rare that a casino game has such longstanding appeal but the simplicity of Super Bar-X™ has made it a title that has truly stood the test of time and continued to attract audiences for over four decades.

“We went to extreme lengths to make sure our online version was a faithful recreation of the original and it’s paid off. It’s great to see our Electrocoin portfolio continue to expand with more of these classics and we expect Super Bar-X™ will be another smash-hit.”

Gabino Stergides, President of Electrocoin, said: “Super Bar-X™ has been a staple of bingo and arcade floors for many years with its classic gameplay and makes for just as an exciting experience in the online world.

“To hand it to Realistic’s team, they continue to do an incredible job of revamping these iconic Electrocoin titles and we look forward to watching the recreations continue to entertain digital players for years to come.” 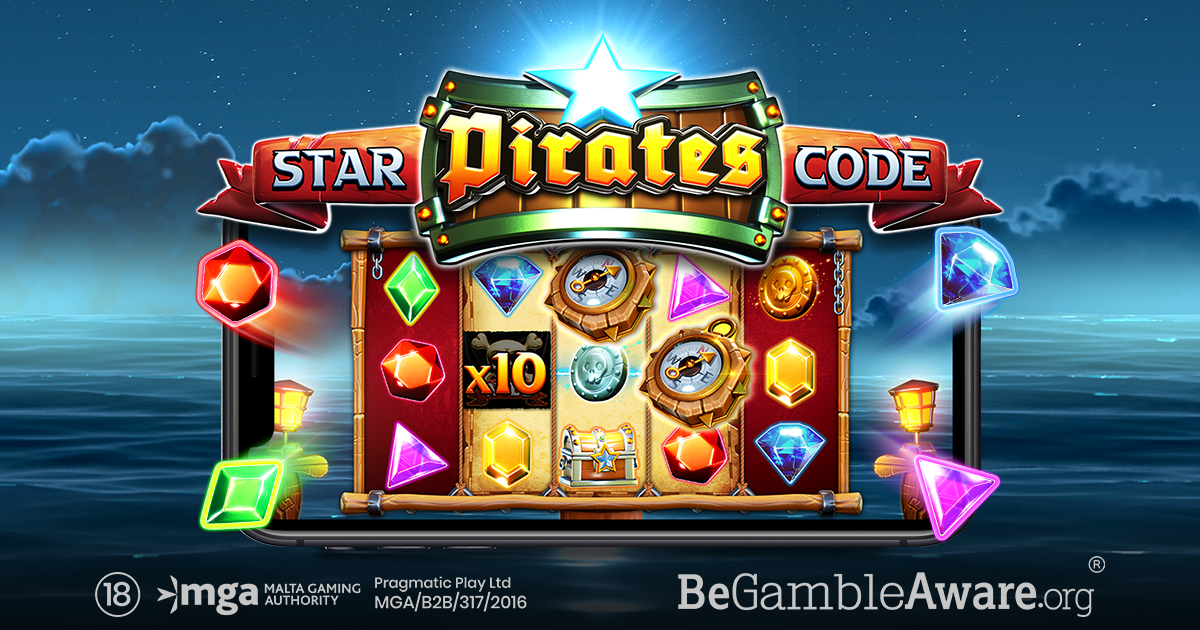 Pragmatic Play, a leading content provider to the iGaming industry, is calling for players to walk the plank in its riveting pirate-inspired release, Star Pirates Code™.

Here, players will need to rely on their navigation skills to find their way to a bounty full of gold, and thanks to the skull multipliers, will also be able to unlock a treasure trove of wins and big prizes along the way!

The base game is played out in a coastal environment with waves crashing and lanterns glowing behind the reels. The four low-paying symbols are represented by purple, green, red and blue coloured gems, with premium symbols arriving in the form of treasure chests, silver and gold coins.

The Compass Wild feature is a mechanic that populates reels in one random direction with Wilds, and whenever a compass symbol lands, the re-Spin feature is triggered, awarding players 1 re-spin.

Multiplier values on Wilds are applied to each win that they are part of, and when no Wilds are landed, the re-spins feature session ends, returning players to the base game.

The mechanics in Star Pirates Code™ mean it should be easy to understand for various player types, making it a game with mass market appeal. The action becomes compelling during the re-spin feature and the graphics shown during a winning combination are highly engaging to players.

Julian Jarvis, Chief Executive Officer at Pragmatic Play, said: “We are very satisfied with how Star Pirates Code™ has materialised, bringing an exciting new theme together with our time-tested mechanics.

“We’re eager to see how our audiences receive the pirate-themed adventure, made all the more sweet by the incredible prizes that are on offer.” 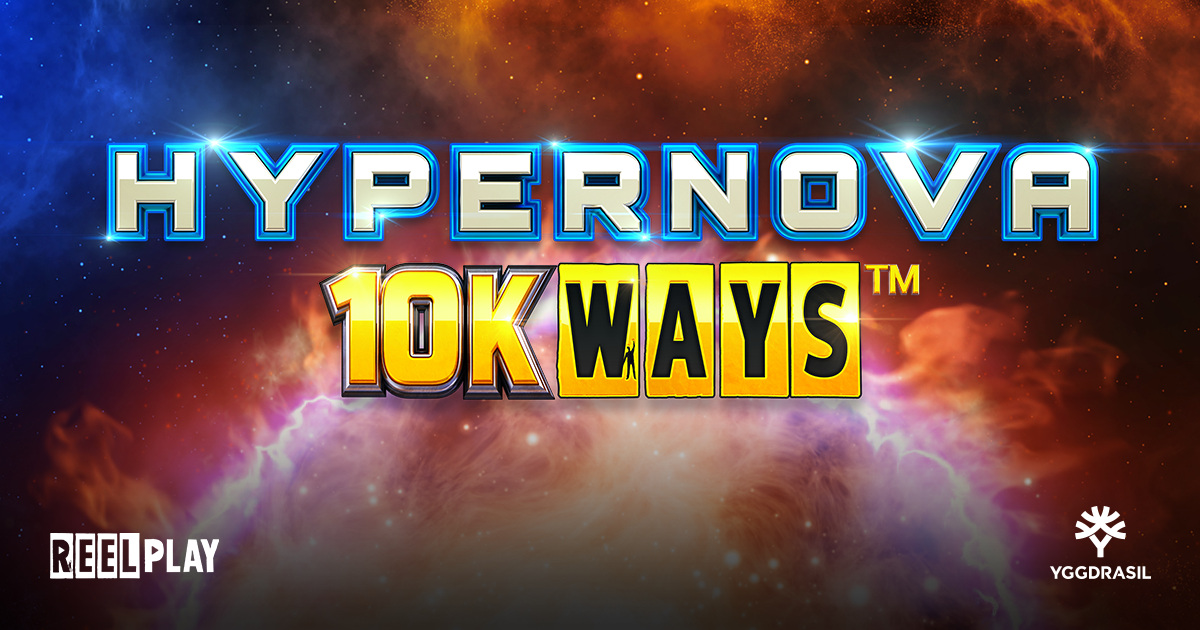 Yggdrasil, the leading worldwide publisher of online gambling content, has embarked on a dramatic interstellar journey in partnership with ReelPlay.

Hypernova 10K Ways™ sees explosive reactions taking place in outer space, with the six-reel hit offering 10,000 ways to win. Each win causes a chain reaction, that can see addition wins occur, in a form of cascading wins popularised around the industry.

Bonus Respins are triggered when six or more Scatters appear on the reels, granting players three respins. The Hold and Win style bonus mode sees symbols remain sticky on the reels, with every successful spin resetting the count.

Each Scatter symbol that lands will award a prize or bonus prize, with a special Platinum bonus awarding 2,000x a player’s stake.

The intergalactic adventure is yet another ReelPlay addition to the YG Masters program, which continues to go from strength to strength, recently releasing Gems Infinity Reels™ through the initiative.

Stuart McCarthy, Head of Product and Programs at Yggdrasil, said: “Hypernova 10K Ways™ is another innovative addition to the YG Masters program by ReelPlay and we’re very excited to be able to offer it across our partner network.

“We’ve got a particularly strong working relationship with ReelPlay and we can’t wait to see how this product performs.”

David Johnson, CEO at ReelPlay, said: “We’re proud to launch Hypernova 10K Ways™. With explosive tumbling wins and a bonus round with huge win potential, this fresh engine design is underscored by our proven and trusted Hypernova series IP.” 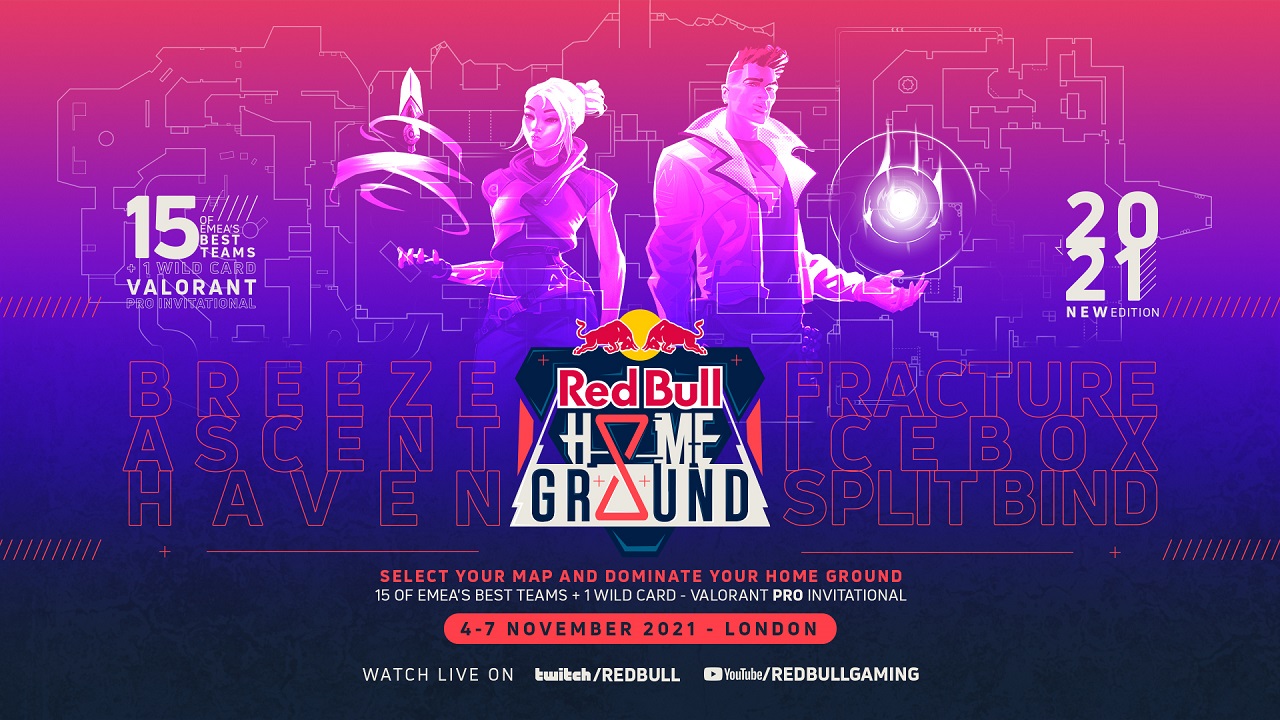 Ninjas in Pyjamas mount a thrilling comeback to emerge victorious in the Red Bull Home Ground open qualifier final and seal a place at the pro VALORANT invitational in London, November 4th-7th.

Battling through a field of 64 teams across three intense days of competition, the open qualifiers culminated in an epic Thursday night showdown between London United and Ninjas in Pyjamas, with the Stockholm-based team scraping a hard-won victory that seals a place in the star-studded Red Bull Home Ground Finals.

Streamed on The Goose House’s Twitch channel and casted by Ryan “RyanCentral” Horton and Vincent “Zescht” Talmon-Gros, the Final proved a gruelling series. London United scooped the first match, before a resurgent NIP returned the favour to set up a climactic deciding third round.

Going to the wire in the best-of-three clash, fans also got to see new map Fracture in competitive action for one of the first ever times. With the stakes high and tensions higher, it was nearly impossible to separate the two teams during the early clashes in the third round, before Ninjas in Pyjamas eventually pulled away to earn an incredible comeback win, and secure a place at Red Bull Home Ground against the very best VALORANT teams in November.

Cementing the final spot for Red Bull Home Ground, Ninjas in Pyjamas completes the sixteen-team lineup that features many of the biggest VALORANT teams, including G2, Team Liquid, Gambit and Na’Vi.

The full lineup for Red Bull Home Ground is as follows:

Speaking about the team’s win, Ninjas in Pyjamas VALORANT Head Coach Emil “eMIL” Sandgren said: “The qualifier was tougher than expected, with a lot of underrated teams that deserve a lot of credit. That being said, we are happy to go through and will have to bring our A-game for the main event”

Red Bull Home Ground pitches teams in a riveting best of five battle, with the first two opening matches on each team’s chosen ‘home ground’. Added pressure is put on these opening home and away rounds, rewarding teams that can make the most of their home advantage and turn the tables on their opponent’s chosen map. If a team wins these two opening rounds they automatically win the tie, while a stalemate will then default to a best of five format.

The competition pioneers a unique Home & Away structure that delivers an exciting twist to the normal VALORANT format, placing an even greater emphasis on map knowledge and strategy and a new layer of unpredictability to map picks.

Making the competition even more of a spectacle, renowned VALORANT host Yinsu Collins will be leading a lineup of talented broadcast pros bringing the Red Bull Home Ground experience to life throughout the London Finals.

Yinsu will be joined by two iconic pairs of casters, with Lauren “Pansy” Scott and Michael “hypoc” Robins teaming up once again to reignite their rapport after the VALORANT Champions Tour Stage 3 Masters in September, while Mitch “MitchMan” McBride and Tom “Tombizz” Bissmire will pair up to and lend their charismatic expertise.