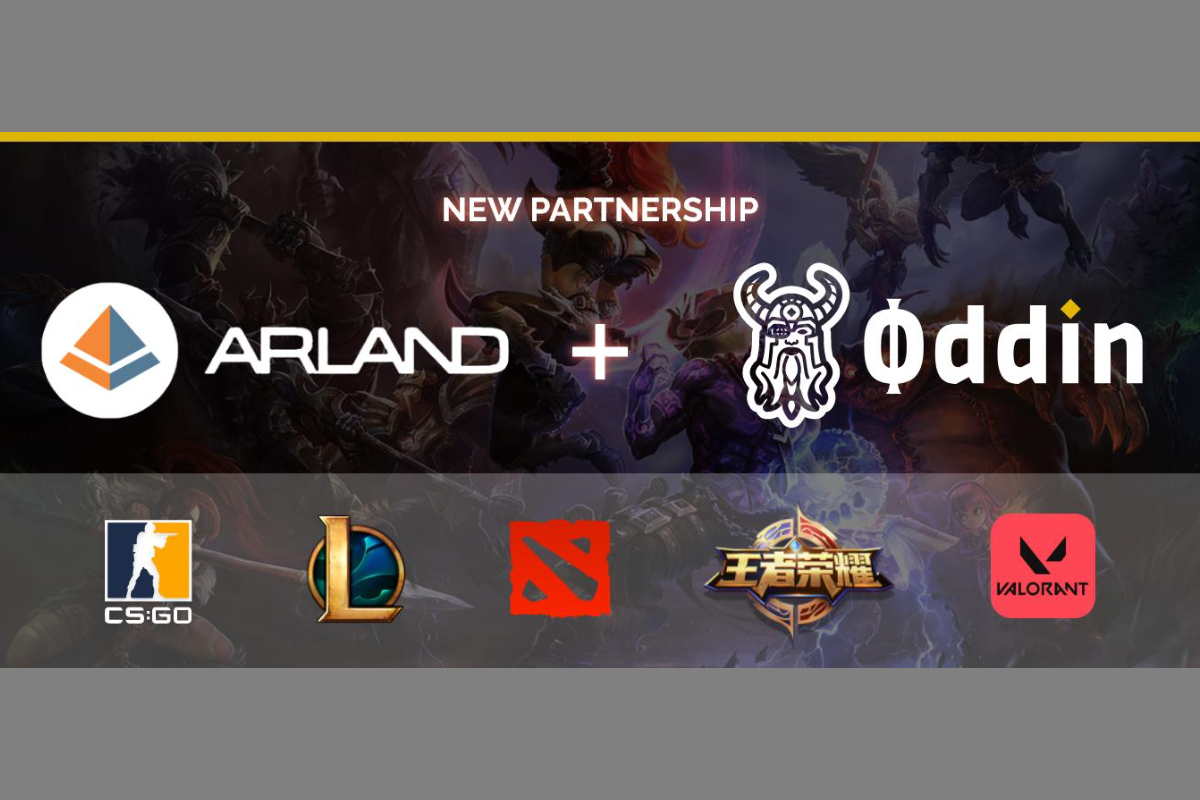 The Austrian sports betting platform provider is going to offer the esports iFrame solution from Oddin to its wide range of clients.

Arland is an Austrian iGaming platform provider. Their proprietary betting platform has a modern and flexible tech stack – open to innovation and easy to scale, maintain and operate.

Oddin has positioned itself as a quickly growing esports odds feed supplier. Its offering is focused on an engaging live-betting selection and covers all major esports titles: Counter Strike: Global Offensive, League of Legends, Dota 2, and Kings of Glory.

“Our partners across the globe are aware of the potential represented by esports, one of the most important drivers of growth for the betting industry in the next couple of years. Therefore, we were searching for a solution that could bridge the gap between sports betting and this new ecosystem represented by esports. The Oddin’s iFrame solution fulfilled all the requirements, creating a perfect match with our Bookmaker NEXT Software. We are now addressing the industry with an innovative and robust esports-centric platform.” stated Felipe Andrade, CEO at Arland.

‘’Felipe and his team share our vision about challenging the status quo. Arland and their partners understand the value that esports brings, especially in terms of demographics as well as new and alternative revenue streams. They see the potential on markets that have not been properly addressed yet. We are happy to continue our expansion and make our truly engaging esports offering available through progressive partners such as Arland.’ said Marek Suchar, Head of Partnerships at Oddin.

There is an increasing demand for end-to-end solutions from esports betting start-ups that are looking to expedite their go-to-market strategy. Combining the esports-centric iFrame and a progressive platform, the cooperation aims to target these market players as well.

During the last year, many bookmakers finally understood the importance of esports. However, only those driven by innovation and with a clear vision of the future are ready to invest in it. Only time will tell if esports can challenge traditional sports – but given the fact that esports fans are mostly younger generations, the right question is actually ‘when’ rather than ‘if’. 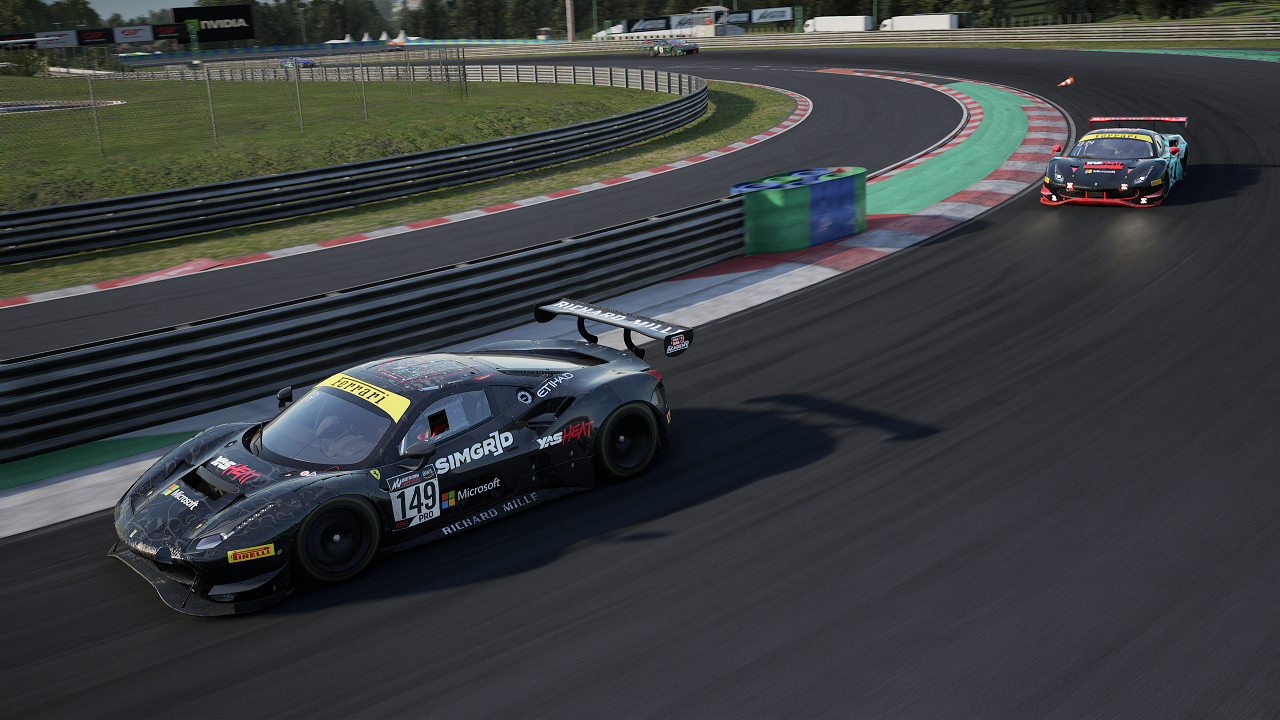 Reading Time: 2 minutes
Abu Dhabi squad claims runner-up spot at opening race of the season whilst community car shows promising pace
The Sim Grid Endurance Cup returned on Saturday, 1 May for the inaugural race of the 2021 campaign. Round 1 saw a total of 540 drivers compete across four splits at the iconic Hungaroring for a three-hour race on Assetto Corsa Competizione.

Reigning champions YAS HEAT powered by Richard Mille dominated proceedings in season two and returned to the fold with one thing on their mind – retaining the title. The team comprised top-tier talent from across YAS HEAT’s Assetto Corsa talent pool, including Eamonn Murphy, Mikhail Statsenko and Andrea Capoccia.

The second car – YAS Community – was led by Jaroslav Honzik or ‘Jardier’ and fielded a squad of YAS HEAT fans as the team repaid the dedication shown by their loyal followers, enabling them to race in a professional esports competition.

It was a dream start to the season for the Abu-Dhabi based team as they put it on pole position for the first race of the season. A tense opening stint saw the top three cars separated by mere tenths from the outset, with YAS HEAT leading the charge.

As the initial pit stops loomed, the Odox Motorsport #122 car made its move, relegating YAS HEAT to second place. Before Statsenko was able to respond, contact with the third place Griphax Engineering car and the subsequent time lost saw the Abu-Dhabi squad drop out of contention for the lead, despite second place being conceded by Griphax Engineering shortly after.

From that point on, the damage was done and the lead remained out of reach as the gap ebbed and flowed between five and ten seconds for the remaining stints. The team crossed the line to claim the runner-up spot but left the Hungaroring knowing they were denied a chance to fight for victory.

“On the day at Hungaroring, we extracted the most out of the 488 EVO, especially with 50kg ballast. The Audi unfortunately, over a full stint, just seemed to have the edge on pace, but, unfortunately for our rivals, this only makes us push harder to find even more time.

“As a team I feel we have progressed even more than last season with better communication before, during and after races, thus increasing levels of preparation for the next time we hit the track. Every mistake or downfall is analysed and worked upon. Fail to prepare, prepare to fail!

“Our ambitions are the same as when we first started out together, championship titles are the main goal… YAS isn’t here to take part, we’re here to take over.”

YAS HEAT Community meanwhile were running well in fifth place – on merit – before a collision ahead spelt disaster for a number of cars and sent the squad tumbling down the order, eventually finishing P14.

Next up on the Endurance Cup calendar is a six-hour race at the iconic Italian circuit of Monza (29 May, 11:00am BST) and can be watched live on The Sim Grid’s YouTube channel. 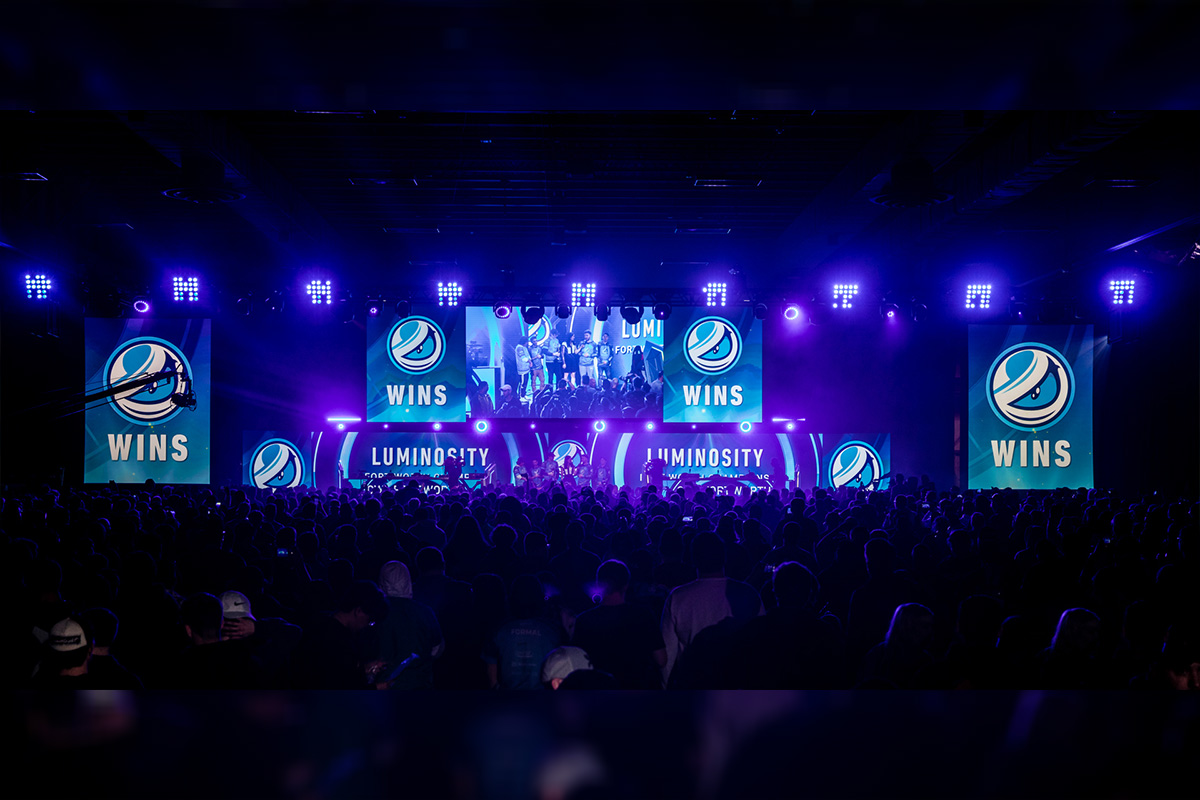 LOOT.BET is one of the global leaders in esports betting, with a focus on live betting and online gaming and building an exceptional product for its 450,000+ registered users. Supported by a professional operational and software development team of over 50 employees, LOOT.BET is world-renowned not only as an established and reliable esports betting platform but also as a supporter of the esports industry. It is a regular sponsor of notable professional tournaments and teams and a partner of leading esports operators, studios and bright esports talents and influencers.

“This is a pivotal transaction for Intema that will make us a leader in esports betting. LOOT.BET will be a significant part of our ecosystem, which now consists of not only esports betting, but also peer-to-peer gaming, esports tournaments and advertising through HypeX.gg, Advertiise and TheSMACK.gg. All are complementary drivers of our future revenue growth. We are excited to have these companies and their experienced teams within our family. We are now focusing on closing these transactions so that we can offer the best experience possible through fully licensed, safe and secure online platforms,” Laurent Benezra, President and CEO of Intema, said.

“Intema was a logical next step for LOOT.BET to pursue its growth, as it will allow us to expand into new markets in North America and benefit from synergies with complementary businesses to drive more traffic and thus more revenue. We are impressed with what Intema has achieved over a very short period of time. We see the potential once all the elements are in place, and we are thrilled to be part of it,” Peter Zhalov, CEO of Livestream, said. 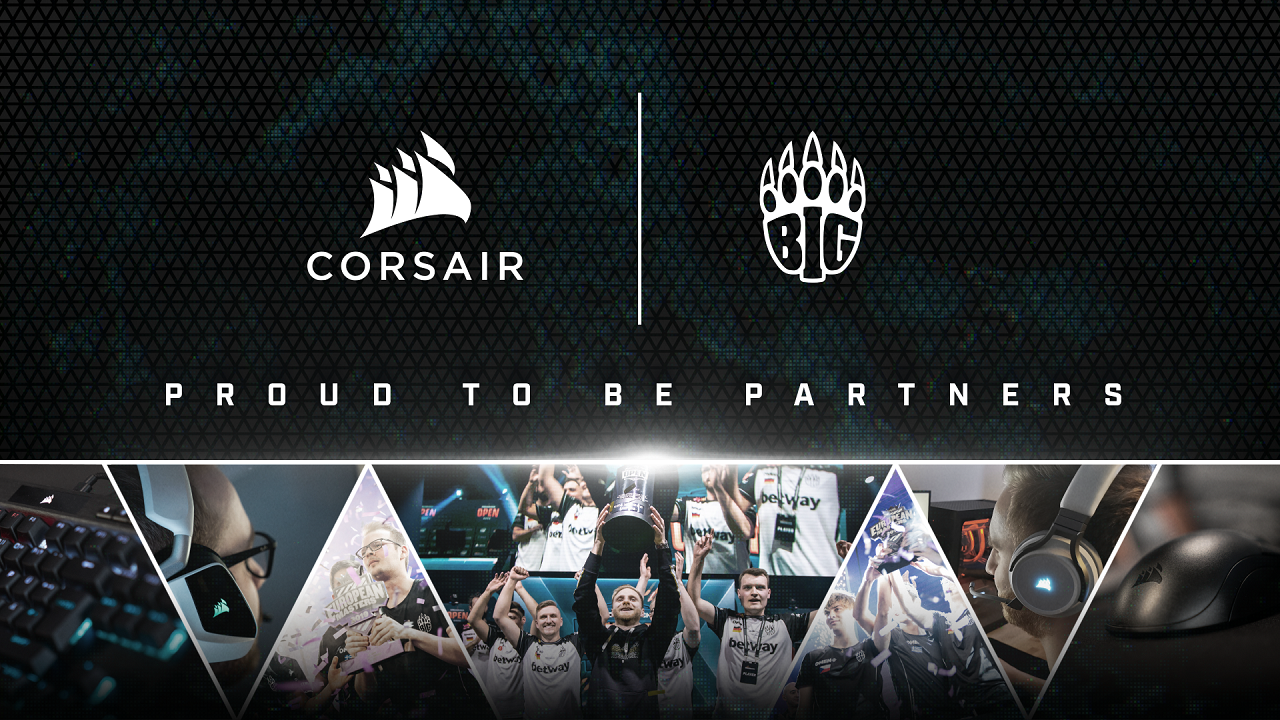 After more than three years of a highly successful partnership together, CORSAIR and BIG extend for a further two years.

Supporting BIG through LANXESS, becoming Legends, and becoming the best team in the world; CORSAIR® will now continue to stand behind the organization for the coming future. After over three years of success together, CORSAIR and BIG have agreed on an extension for another two years!
Since the beginning of 2018, CORSAIR has been a key member of the BIG Family. Its world-class peripherals drove the players forward in their most competitive moments and helped them achieve some of their greatest milestones. CORSAIR has brought fans not only access to high-quality gaming gear, but also some of BIG’s greatest plays through CORSAIRSHOTS frag movies, and insights into the everyday life of the BIG Family through exclusive content.
As the sights are now set towards five years of collaboration, the remarkable length of the partnership is a testament to the success and value BIG and CORSAIR have created together. BIG is incredibly happy to have CORSAIR on board for another two years, and looks forward to accomplishing more great milestones together!

We value loyalty and trust very highly. And CORSAIR has been by our side through all our phases, in good times and bad. CORSAIR’s gaming peripherals are high quality, precise, and best suited for ambitious gamers, and we are proud to represent such a renowned brand with our athletes around the globe. Therefore, I am delighted to extend two more years and celebrate our 5-year partnership soon after. Such long-term agreements are still rare in Esports, so we would like to say a big thank you for the trust and the excellent support.

BIG has been a key partner for CORSAIR for several years. When we began our partnership, we saw a small CS:GO team with incredible potential that we wanted to help grow over time. Since then, BIG has become a leading international esports organization. Our collaboration has helped us push innovation thanks to crucial R&D feedback for new esports products for enthusiasts and competitive gamers, such as the new CHAMPION SERIES lineup. We are honored to keep giving this team support and look forward to growing our partnership even further in the years to come.