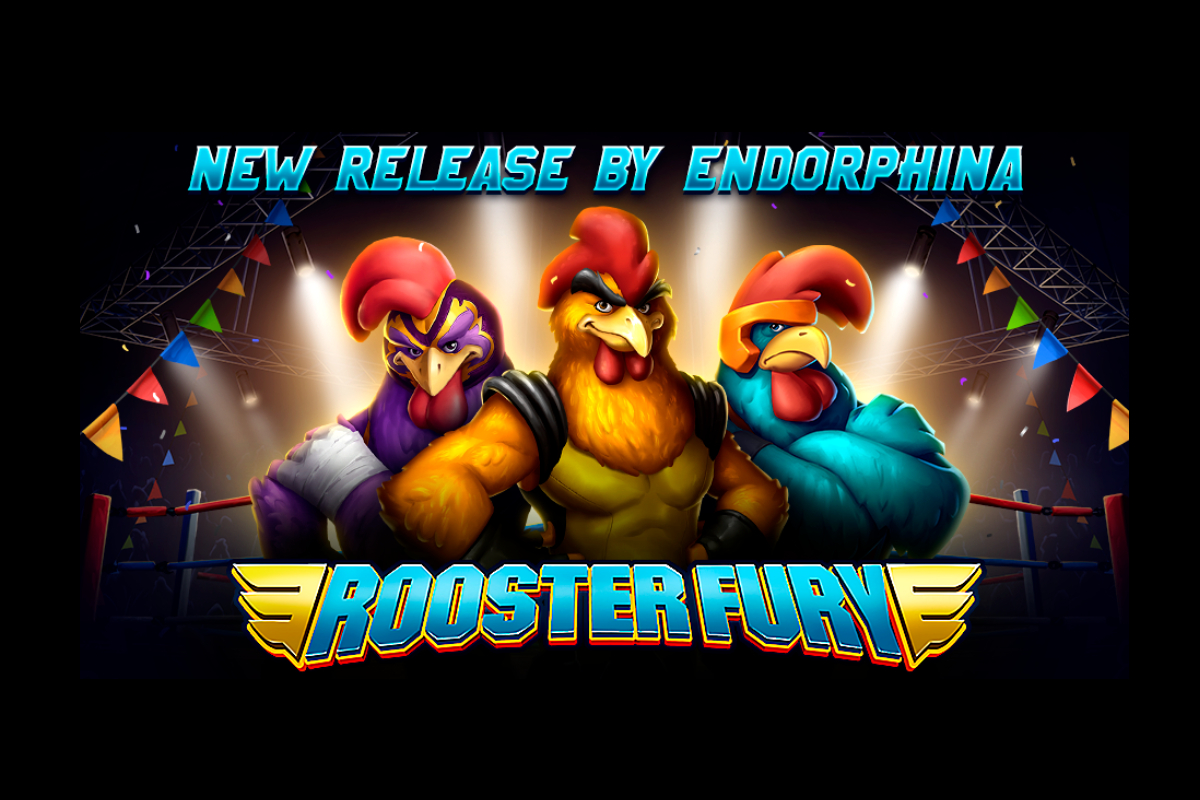 Ready to entice your players with the fight of champions?

Endorphina has just released its brand new Rooster Fury slot for all your players who love that fighting chance. Stars will fall from the sky just for your winners. This new slot encompasses a world of wrestling heroes who’ve always strived to reach their goals. Over time, they’ve learned to master their own fury and the martial arts to win countlessly and tirelessly – in an ultimate realm of wrestling entertainment for all.

With such complexity, action, combat, and grandiose tournaments, Endorphina’s new 3-reel, 5-pay line slot will bring your players a full blast of emotions.

Gretta Kochkonyan, Endorphina’s Head of Account Management, shares her thoughts on their newest slot, “Let your players catch their luck by the tail and feel the rush of adrenaline in June 2021! They’ll soon be able to join the real battle in Endorphina’s new Rooster Fury!”

Interested in giving your players the chance to seek ultimate victory inside of Rooster Fury! Let them get into this match and prove themselves as the next real champion. 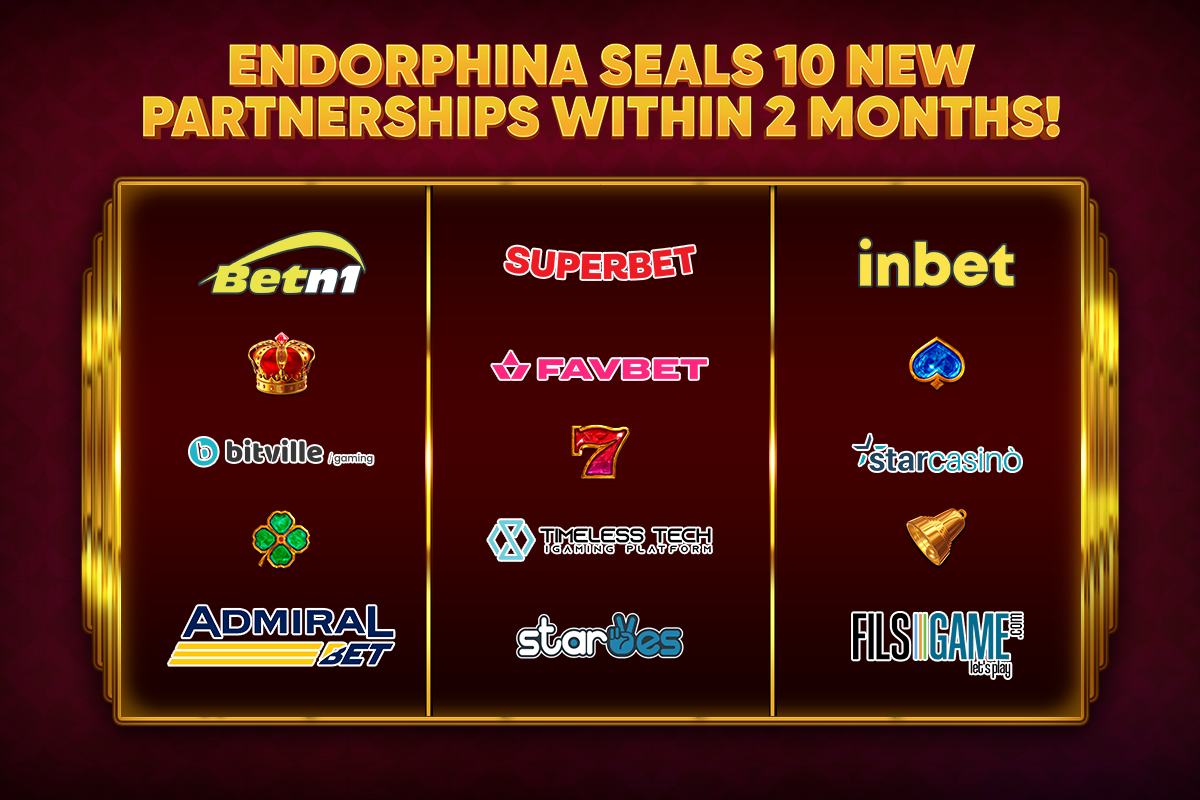 Even when 2022 was coming to a close, Endorphina, the wickedly talented and leading B2B online slots game provider, had sealed 7 new partnerships in December alone.

Endorphina saw the last remaining days of the year as an opportunity for partnerships, doing business, and moving steps closer to achieving their goals. This past productive December, Endorphina has partnered with FilsGames, StarCasino, SuperBet, Timeless Tech, Staryes, Bitville Gaming, and InBet! In the first month of 2023, Endorphina has already partnered with FavBet, AdmiralBet, and Betn1! Even with this news, Endorphina shares that they will continue to push forward with the same energy this year. 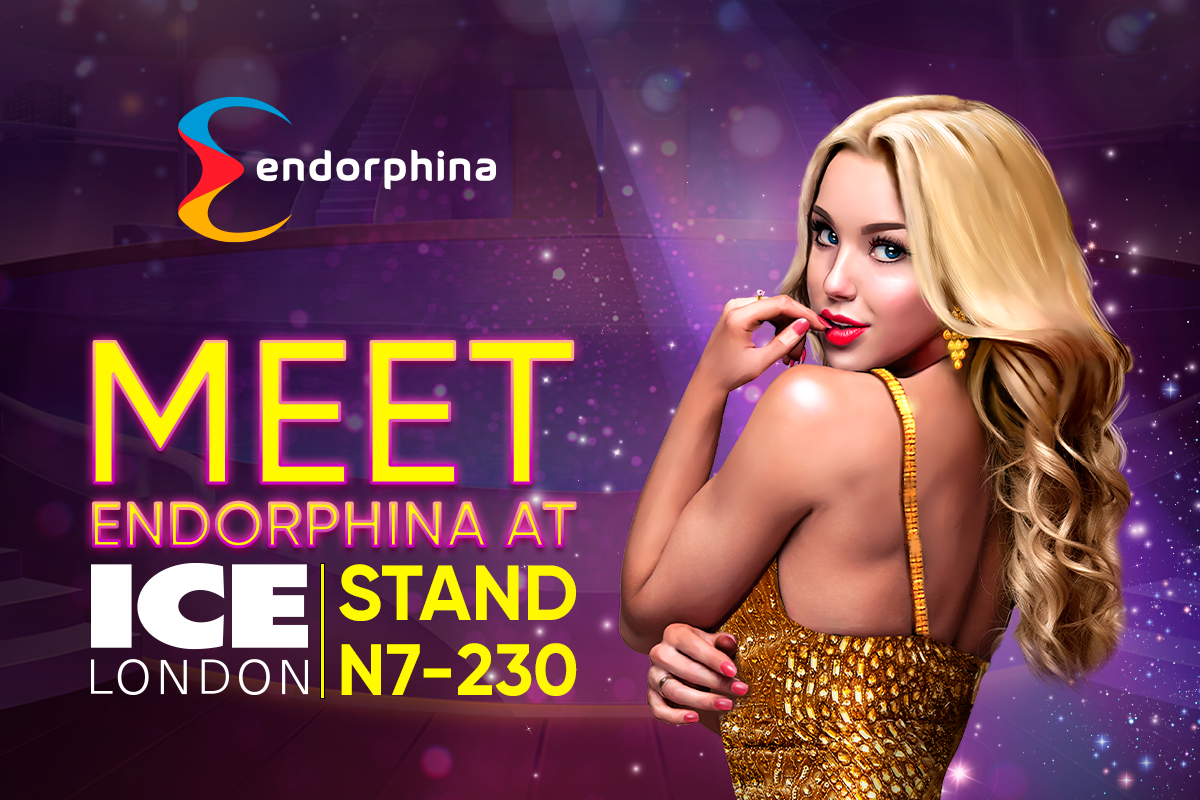 Endorphina, the leading B2B online slot game provider, has announced that they will be making an epic appearance at the upcoming ICE London 2023 conference. They mention that they have prepared something extraordinary to entertain visitors at their stand at N7-230.

ICE London will be taking place from February 7-9, 2023, at ExCel London to bring together industry professionals from around the globe to network, discuss, and grow together within the iGaming industry. Eager to meet Endorphina in person at their stand? Be sure to book a meeting with them in advance on their website, dedicated ICE landing page, and to follow their social media channels for the latest updates!

ENDORPHINA PARTNERED WITH SANTA AND HAs 5 GIFTS WAITING FOR YOU! 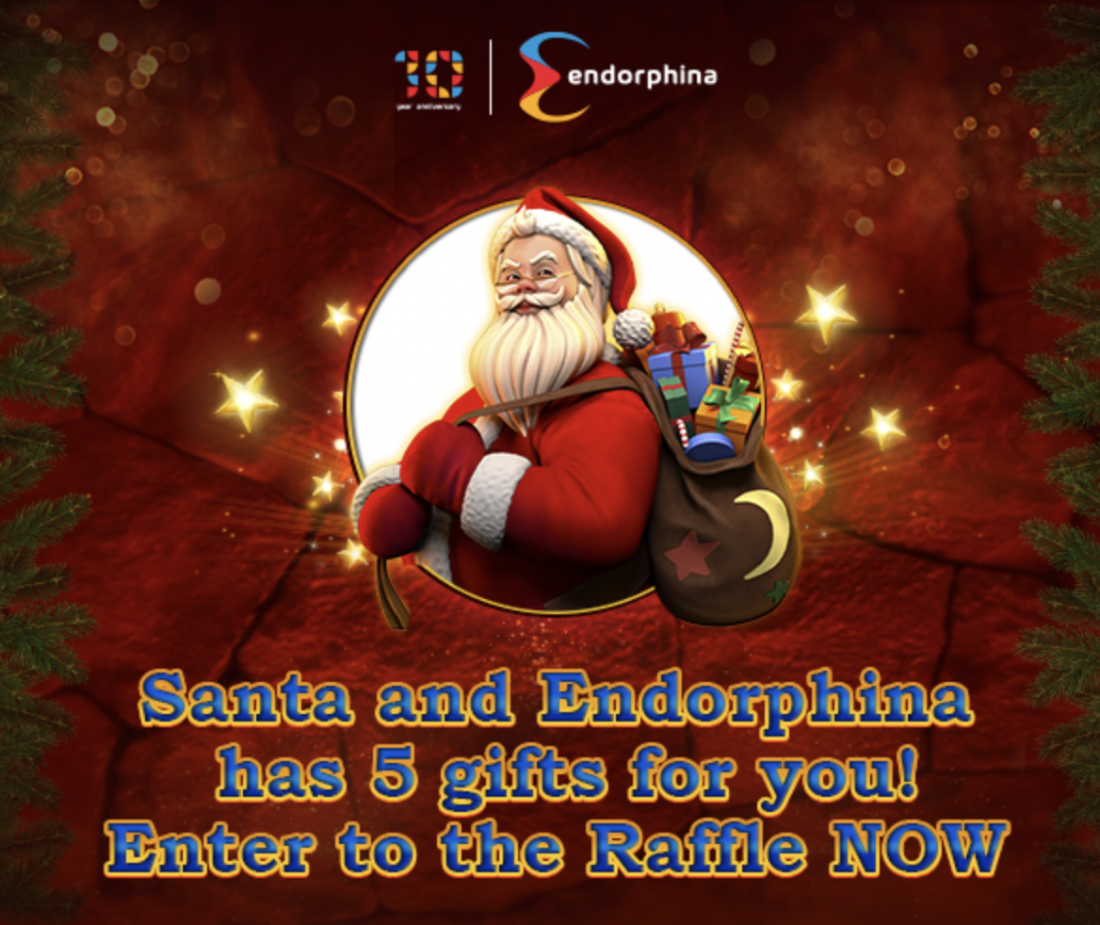 With all our partnerships this year, we had to make sure we made a deal with the one and only Santa as well! To wrap up this year, Santa and Endorphina have decided to gift out 5 special gifts just for you – if you’re lucky! To participate in our raffle, simply send us a screenshot of you playing our newest Santa’s Gift slot to [email protected], including your name and country between December 9th – 31st, 2022. Unfortunately, players based in Russia and Belarus can’t participate in this raffle and this promotion is subject to change at any time. We’ll discuss this with Santa and will be choosing the lucky winners and announcing them on January 6th, 2023, on our website! Keep spinning, screenshotting, and playing your best! Stay tuned and maybe you’ll get lucky to receive our 5 incredible gifts!