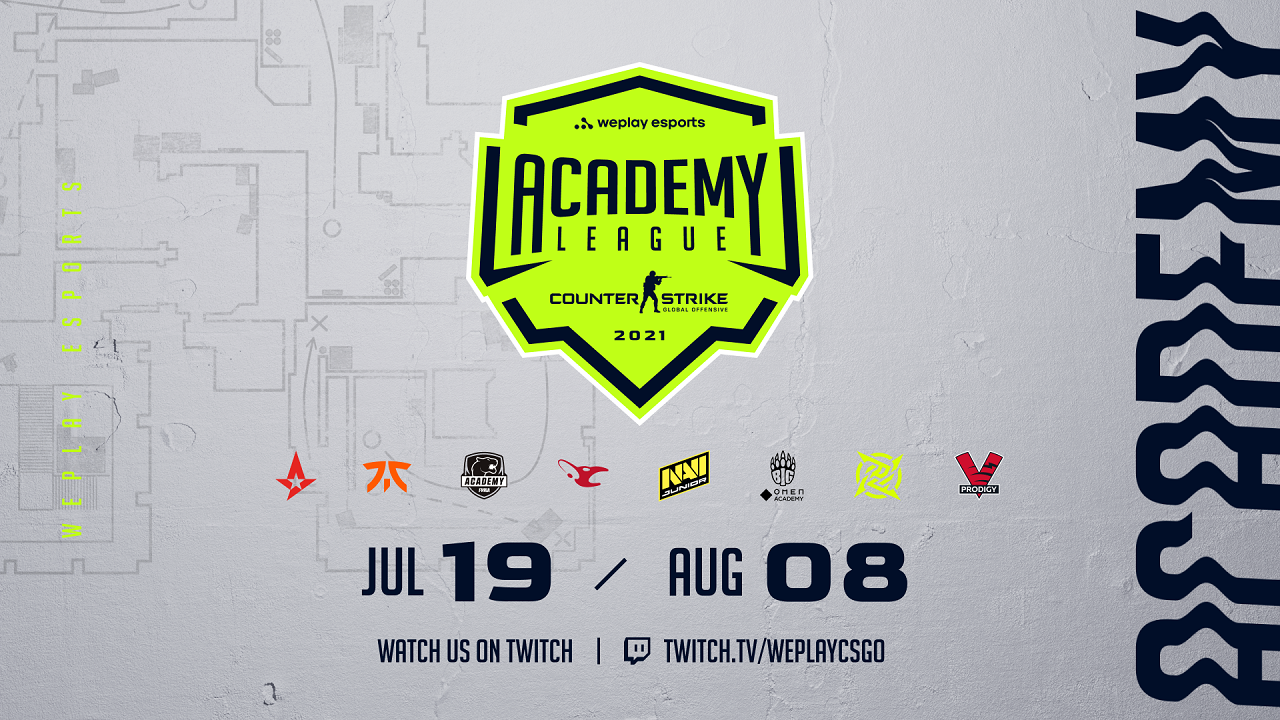 With the support of top CS:GO teams, the up-and-coming players will have an opportunity to get closer to the professional esports scene and gain first-hand competitive experience.

The WePlay Academy League Season 1 begins with an online round-robin Group Stage, where the teams meet each other twice. The three strongest teams advance to the double-elimination Playoffs that will take place at the WePlay Esports Arena Kyiv. The team that takes eighth place is eliminated. The remaining four enter the Gauntlet stage to fight for the remaining slot in the Playoffs. The total prize pool of the CS:GO league Season 1 is $100,000.

To participate in the tournament, the players and teams must fit a list of requirements. Each team will consist of at least four players aged between 16 and 20.

“The WePlay Academy League is a perfect breeding ground for daring CS:GO talent who are willing to challenge the status quo. With the new regular event circuit, the up-and-comers will be able to hone their skill and potentially get picked for the main roster. Many future CS:GO world champions will look back at the WePlay Academy League as the first event in which they got real on-stage experience,” says Eugene Shepelev, lead esports manager at WePlay Esports.

“The WePlay Academy League will give us the opportunity to not only match our talent players with those of the other big esports organizations but also to share thoughts and ideas between some of the most experienced academy teams. Since day one, everything we have worked with in Astralis has been about developing our players and teams while also pushing some of the borders in esports. This move is yet another step on a new path which we hope and believe will benefit not only the players, teams, and participating organizations but also the talent scene in general,” says Kasper Hvidt, director of sports, Astralis.
“The league provides an excellent platform for the young prodigies to show themselves, competing against their counterparts from other clubs. There’s also the process of getting ready to play against certain opponents and the long-term planning of roster changes for playing certain roles. There will be media days and interviews, the players will develop as individuals. In general, there will be everything that’s already present in Tier 1 CS:GO, everything you need to get used to at the very early stages of your career as a pro gamer. This project will boost the development of youth teams of the world’s best clubs. NAVI and the other top teams will surely be interested, as it will provide more opportunities for young talents to get the necessary support and do what they love. It will also offer an exciting story for the audience, who will be able to watch the players’ progress from the very beginning and watch how ordinary kids go all the way, finally getting into the main rosters of their clubs, and go on to win the world’s largest events,” says Aleksey Kucherov, Natus Vincere CОO.