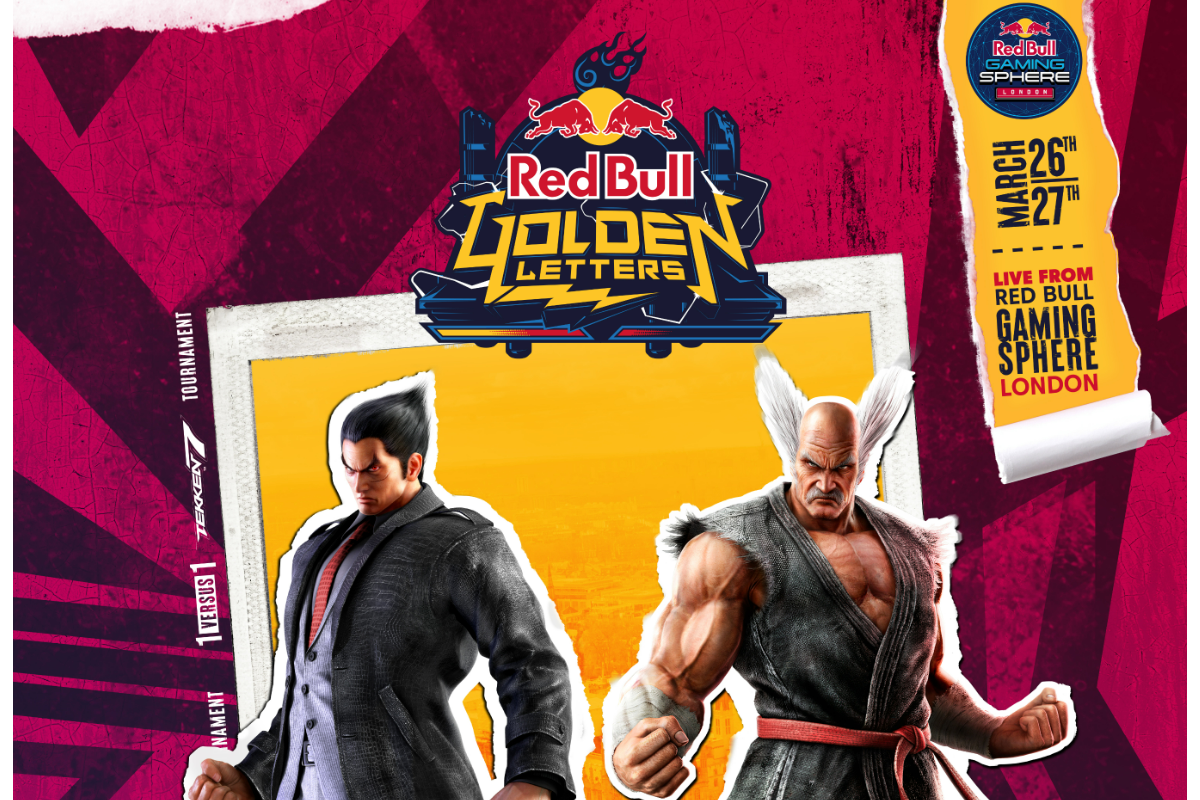 Red Bull has announced Red Bull Golden Letters, a spectacular two-day Tekken 7 event that will see grassroots UK players compete for a chance to battle the very best in the world, which will be hosted at the Red Bull Gaming Sphere in London on  Saturday 26th and Sunday 27th March.

The epic new event will feature Red Bull’s Tekken superstars Arslan Ash and Hoa ‘Anakin’ Luu, widely recognised as two of the best fighting game players in the world, as they take on UK players, as well as star in an epic 5-on-5 Europe vs The World exhibition match.

Red Bull Golden Letters is open to all UK and EU Tekken 7 players or fighting game fanatics, with sign-ups now open. The event will let amateurs and pros alike fight it out at the Red Bull Gaming Sphere to showcase their skill under pressure in the unique format and be crowned Red Bull Golden Letters Champion and live on stream on twitch.tv/redbull.

Two of the world’s best Tekken stars, Arslan Ash and Hoa ‘Anakin’ Luu, will be joined by several other renowned pros who will enter into the latter rounds of the competition to give UK grassroots players and aspiring professionals a once-in-a-lifetime chance to test their mettle. The event will also feature ‘Beat the Pro’ challenges throughout the weekend to take on all contenders, live on stream.

The event promises to end in a flourish, with a five-on-five Europe Vs The World clash. The Exhibition match will feature Red Bull Players Anakin and Arslan Ash, as well as several other Tekken stars to be revealed at a later date, offering an unforgettable spectacle for the fighting game community.

Red Bull Golden Letters will be broadcast from the Red Bull Gaming Sphere in London and live on twitch.tv/redbull

Lenovo Legion is the official hardware partner of The Red Bull Gaming Sphere.

Global Recreation Market (2022 to 2031) – Featuring Maruhan, Flutter Entertainment and Tabcorp Holdings Among Others 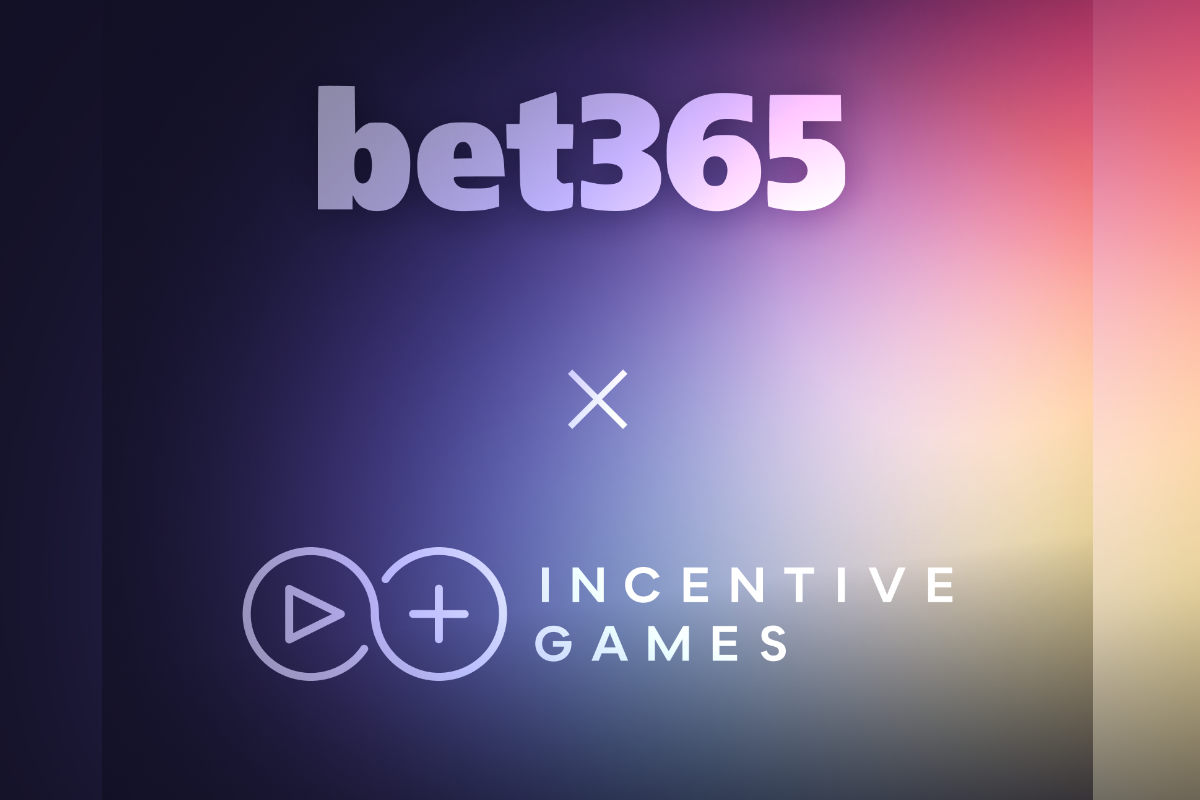 Golden Goals is a daily retention game, where users collect soccer fixtures from Monday to Friday.

Every time a fixture contains four or more goals, the user earns bet credits – winning even more if 20 goals or more are scored across their weekly collection of fixtures.

6 Score Challenge is a jackpot-style score predictor game with a twist. If the user correctly predicts all six scores, they win a massive jackpot.

But it’s not just a long shot at winning – users will also win prizes for getting three, four, or five predictions right.

The two new games are to be used primarily for the English Premier League but are also to be rolled out for other leagues and sports.

John Gordon, CEO and Co-Founder of Incentive Games said: “It is a pleasure to work with bet365 on these amazing games. We are honoured to be working with such great people who understand product.

“The daily retention game, Golden Goals, is going to be a game changer in the industry. While, we have always had great success with our score predictor titles, the 6 Score Challenge is going to be the biggest of its kind in any industry.”

A spokesperson from bet365 said: “We are excited to give our consumers these innovative and best-in-class titles from Incentive Games.”

“The data and analytics that goes into creating these games mean that we’re sure our users will love them around the world.”

Several major mobile game titles saw music-themed content and events added. The most significant was PUBG: Mobile’s first in-game concert featuring K-pop stars, Blackpink. It brought an immense spike in revenue. This occurred because of a Cheering event where players could purchase or collect Cheer points through daily tasks, and once they had enough, they could purchase Blackpink outfits and receive a special title.

Despite an apparently lacklustre launch in the Japanese market, the 4X strategy game Ant Legion enjoyed a spike in revenue in July and currently ranks among the top 110 grossing. 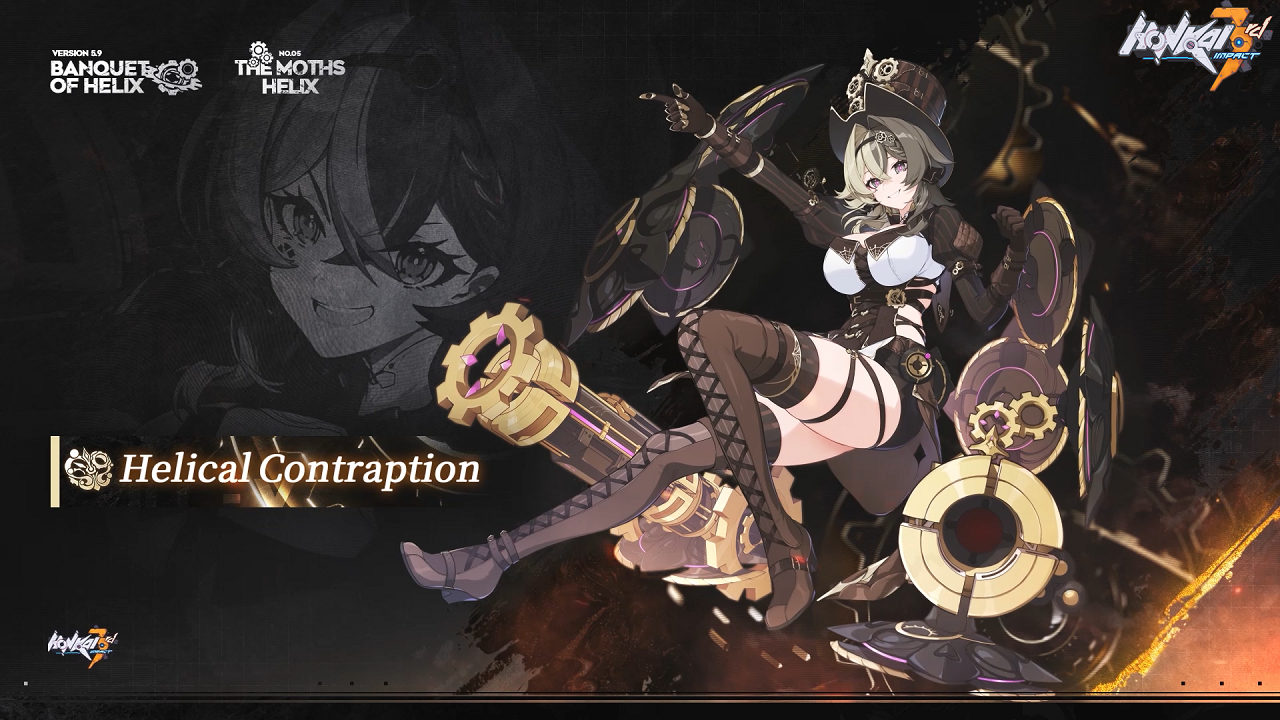 The Honkai Impact 3rd team announces that the action game will be updated to v5.9[Banquet of Helix]on August11. Ready for a steampunk style feast for the eyes? Meet our new character, Vill-V, or Vill-Vs –eight personalities in one body, crazy and chaotic. She performs the magical show with turrets and chariotthat deal devastating damage with smashing firepower. Besides, Story Chapter XXXI will come alongside the version update, leading the journey to the very end. Lastly, Captains will be able to enjoy a full list of summer events in v5.9, and to gain cool and refreshing outfits for Valkyries!

Honkai Impact 3rd is set in a modern world corrupted by mysterious energy known as Honkai. A tenacious resistance formed by Valkyries, brave girls carrying anti-Honkai genes, leads humanity in a war of survival and fights for everything that is beautiful in the world. Since its launch on mobile devices, the game has won an international following and frequently topped App Store’s and Google Play’s download charts. The game was ported to PC in late 2019 with cross-save support, making the Honkai-verse more accessible than ever!

The Hyperion is going to become a lot livelier, for that Vill-V, or Vill-Vs, will be on board! With
eight personalities living in one shell, her temper, facial expressions and voices shift from time to time, all different and unique. She can be the Scholar, the Expert, the Great Magician, etc. Moreover, she is also the engineer that ceaselessly strives for perfection, carrying the confidence and willpower that exceed humanity. Vill-V fights alongside her turrets and chariot, while making incredible in-air moves on the battleground. Her extraordinary weapons that consist of pinions and gears, power tubes and dashboard can slash enemies like mowing down grass. Audience, attention! Don’t be blown away by the flabbergasting show.

The plot of Elysian Realm has been a non-stop excitement, especially after Mei uncovered the secret of the 13th Herrscher. As the evil mastermind hides no more behind, all threads are now leading to the end. The stage is set and the actors are ready. An inevitable and fatal duel lies around the corner! The whole story line of the upcoming Story Chapter XXXI would take about three to four hours to complete, making it the longest in the history of Honkai Impact 3rd. Apart from the story update, there will also be new areas in the Open World map, where tons of treasure and challenges await.

In the season of sea and island breeze, Captains will be able to dive in a series of summertime limited events back-to-back! The 13 Flame-Chasers will stay as guests and embark on a fabulous adventure ona holiday island. Together they will team up and fight against enemies, or attend the grand survival game and aim to be the champion! By participating in the summer events, Captains will be able to gain Miss Pink Elf’s outfit Summer Miss Elf, Mobius’ new outfit Daughter of Corals that turn the serpentine girl into a gorgeous mermaid, as well as Pardo’s new outfit Midsummer Collector! Like before, the v5.9 update features tons of new content and bountiful rewards, so make sure not to miss out the fun!