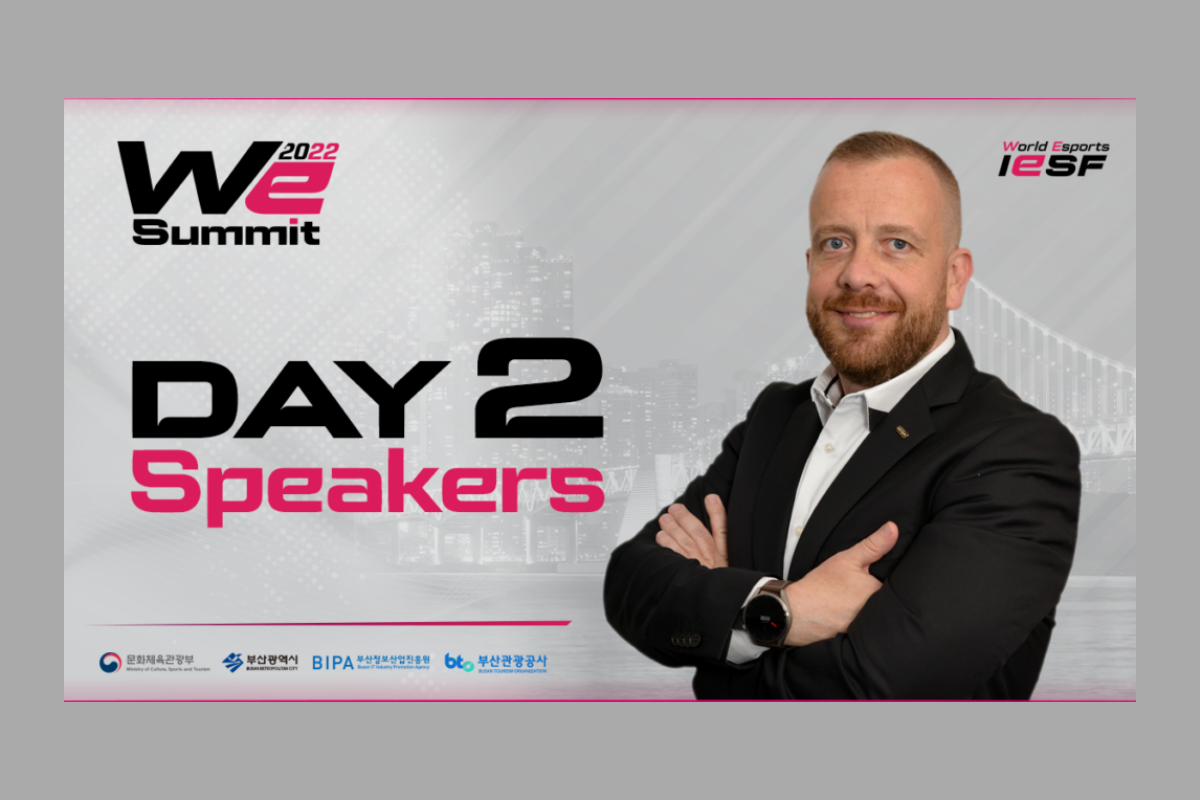 The International Esports Federation (IESF) announced the remaining speakers for the World Esports Summit, scheduled to take place from September 29 to October 2 at the Busan Esports Arena.

Day two of the WE Summit will open with the second edition of the World Esports Academia Seminar and Competition, which aims to promote academic research for the World Esports Family and contribute to the overall growth and development of the industry. This year’s research subject is “Health Wellness and Well-being in Esports,” and the winning paper will be presented at the seminar and receive a grand prize of 4,000,000 KRW as well as an honorary certificate from IESF President Vlad Marinescu.

The WE Summit is supported by the Korean Ministry of Culture, Sports and Tourism, Busan Metropolitan City, and Busan IT Industry Promotion Agency. IESF has hosted the event every year since 2016 and is consistently advancing to support its members to the fullest and serve as an exchange platform for key Esports stakeholders worldwide to promote discussion, evolution, and good governance.