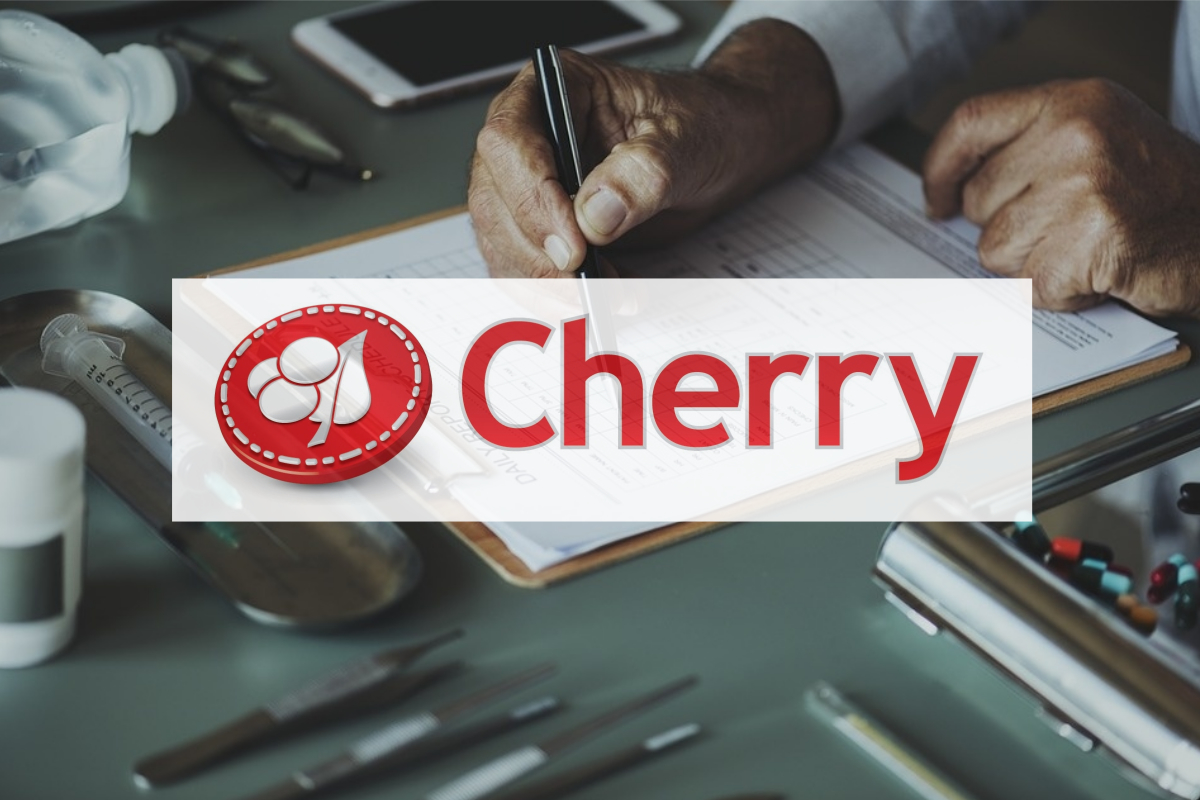 An eventful year with continued good development in the final quarter

• Consolidated revenue increased by 49 percent to MSEK 904 (608), with organic revenue growth amounting to 41 percentage points. Corporate acquisitions contributed 0.5 percentage point and currency 7.5 percentage points.
• Profitability improved and EBITDA increased by 40 percent to MSEK 198 (141) and the EBITDA margin was 22 percent (23).
• Profit for the period amounted to MSEK 120 (18).
• Earnings per share before and after dilution amounted to SEK 1.14 (0.05) and SEK 1.14 (0.05) respectively.
• European Entertainment Intressenter BidCo AB (“EE Intressenter”), a company jointly controlled by a consortium of Bridgepoint and major shareholders in Cherry AB, announced a takeover bid for SEK 87 in cash per Class A and B share in Cherry AB. The independent bid committee for Cherry recommended that shareholders accept the public offer.
• Companies in the Online Gaming business area secured a total of eight Swedish gaming licenses in December.
• An Extraordinary General Meeting in November elected Rolf Åkerlind as a new member of the Board and approved the decision to acquire the remaining five percent of the shares in Game Lounge Sweden AB.

• Consolidated revenue increased by 44 percent to MSEK 3,236 (2,252), of which organic growth amounted to 3 percent. Corporate acquisitions contributed 1 percentage point and currency 8 percentage points.
• Profitability improved and EBITDA increased by 89 percent to MSEK 813 (429) and the EBITDA margin was 25 percent (19).
• Profit for the period amounted to MSEK 487 (110). Profit was affected positively by an item affecting comparability of MSEK 50 regarding the reassessment of the value of Highlight Games.
• Earnings per share before and after dilution amounted to SEK 4.45 (0.53) and SEK 4.44 (0.53) respectively.
• As for the 2017 financial year, Cherry AB’s Board of Directors proposes to the Annual General Meeting that no dividend be paid for the 2018 financial year.

EVENTS AFTER THE END OF THE PERIOD

• On 12 February, EE intressenter announced that it controls approximately 98.2 percent of the total number of shares in Cherry AB (publ) after the expiry of the final acceptance period, and that EE Intressenter intends to initiate a compulsory acquisition procedure and to promote a delisting of the shares of series B in Cherry AB from Nasdaq Stockholm.
• On 12 February, Cherry announced the initiation of early redemption of senior secured callable bonds. In connection with the redemption, the bonds will be delisted from Nasdaq Stockholm.

Comments by the CEO

An excellent year for all companies in the Cherry Group

Cherry’s development in 2018 can be summarized with one word: excellent. On almost all measurements, our operations delivered in line with our expectations. Financially, we have performed well with total growth of 44 percent, and full-year revenue amounting to MSEK 3,236 (2,252) with an EBITDA margin of 25 percent (19).

For a significant part of the year, we worked to prepare for the re-regulation of the Swedish gaming market. We were involved right from the inquiry phase prior to the legislation being drafted and have participated in issues on which we have specialist knowledge on an ongoing basis. We are satisfied with the framework, which should contribute to a high level of channelization, which is important for the long-term perspective that our market needs to be able to develop in a way that assures all stakeholders the security they need.

It is reasonable that gaming companies be taxed and, to some extent, controlled when it comes to marketing, but the legislators must be aware that this is an industry in which customers are aware of their options and can therefore quickly shift their preferences. This can result in tax revenue and preventive actions from game addiction being lost. The more laws there are and the more detailed the regulations, the greater the risk that companies position themselves outside the licensing system, with the effect that everyone loses.

We now have only a few weeks’ experience of the Swedish regulations and it is too early yet to have a clear idea of how development is progressing for Cherry and the rest of the industry. Our experience of similar changes in other countries is that the companies and brands that cope best are those with a clear digital strategy, that are at the forefront in technology and their customer relationships, and are led by entrepreneurs. This is the core of Cherry’s business model and the companies within our Group hold strong positions, are strongly focused on what they do and are quick to grasp opportunities.

Marketing investments are often in focus among investors. During the quarter, business area Online Gaming accounted for the largest share, MSEK 253, and we can see that these investments continued to yield good returns. The business area’s revenue for the fourth quarter rose by 48 percent, to MSEK 722 (485) and the EBITDA result amounted to MSEK 141 (92). During the quarter, expenses affecting the comparison between periods were incurred, relating to doubtful receivables and gaming tax of MSEK 45.2, and impacting earnings. Underlying EBITDA amounted to MSEK 186.7 and the underlying EBITDA margin was 25.9 percent.

A few days ago, the ICE trade fair closed. This is one of the industry’s foremost meeting places, and Yggdrasil once again held a prominent position there as the leading game developer. Its attendance at ICE is the company’s largest initiative in presenting itself and its new games. For the third consecutive year, Yggdrasil received the industry’s “Innovator of the year” award.

The other company in business area Game Development, Highlight Games, has now launched its virtual football game in Italy together with some of the country’s largest gaming operators, Eurobet and Sisal. We believe that this game can quickly capture market share in one of Europe’s foremost football nations.

The Board of Directors’ independent bid committee recommended that Cherry’s shareholders accept the bid from EE Intressenter. In its assessment, the recommendation took into account factors including the thorough analysis performed by the company’s financial advisers Carnegie. Key components of the bid committee’s assessment were the consideration of the bid premium over an extended time frame, the major shareholders’ decision to participate and changed market environments for listed gaming companies in Sweden.

In a way, Cherry can be said to be Sweden’s oldest gaming company. The Group’s roots date back to 1963, when Bill Lindwall and Rolf Lundström initiated gaming operations under the name Restaurang AB Rouletter. In 1968, cooperation was initiated with AB Roulett konsult & Spelautomater, which had been founded Per Hamberg and Lars Kling. In 1972, the name of the company was changed to Cherry, and the cherry symbol began to be used as a trademark. The period as a listed company began in 1997, with the company’s listing on the SBI list, and after the current planned delisting of the company’s series B shares from Nasdaq Stockholm, Mid Cap list, to continue the business in a private setting.

The foundation of Cherry’s development has been, and remains, to have a clear focus on entrepreneurial spirit and innovation, as well as offering the best workplace and development opportunities for all of our employees. We will now work with partly new owners to implement the existing strategy, while, at the same time, being able to implement efficient investments to safeguard Cherry’s market position.

I would like to thank all of the shareholders, employees, partners and other stakeholders who have participated in Cherry’s journey thus far. I am convinced that Cherry and its Group companies will remain significant players in the gaming and entertainment industry for many years to come and I look forward to following developments.

MARKET OUTLOOK
The gaming market is currently growing strongly and Cherry estimates that demand in the Group’s largest geographic markets will continue to develop favourably. The Group continuously studies conditions for new business in related business areas and geographic markets within Europe and beyond.

The Group focuses on generating value for shareholders by participating actively in the development of new and existing companies in the gaming, media and entertainment sector. The objective is for the companies to become market leaders in their respective areas by building on their core values of entrepreneurship, responsibility and commitment. These are important prerequisites for the Group to be able to achieve its financial targets and to continue its successful profitable growth, through both organic growth and acquisitions, in existing and new verticals and geographic markets.