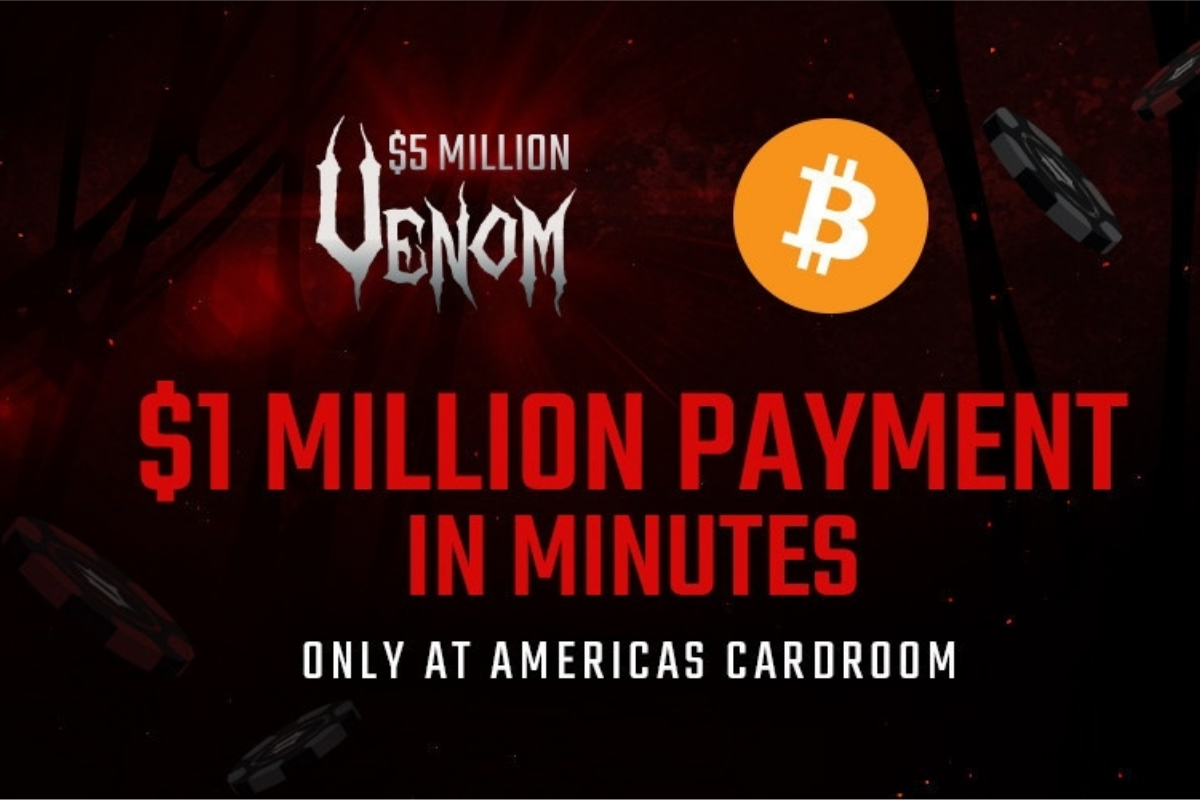 Americas Cardroom announced that they will send what they believe to be the largest crypto payment in history for an online gaming site. With the $5 Million Venom tourney on it’s way since July 14th, the US-facing online poker site is promising to send the winner their $1 millionpayment by Bitcoin, minutes after the final hand.

“We’ve made cryptocurrency a key part of our business for the last four years and now we’re going to make a seven-figure payment,” stated Americas Cardroom spokesperson Michael Harris. “No other payment method lets players get paid faster and we’re putting our faith in Bitcoin with this large-scale transaction.”

The $5 Million Venom has three Day 1’s and the final table will be played on Wednesday, July 24th. It features a staggering $5 Million guaranteed prize pool and first place gets at least $1 million, making it the biggest tourney in ACR history and the biggest ever by a US-facing site.

The $5 Million Venom winner will receive their $1 Million via Bitcoin mere minutes after the final hand is played — all in one shot. No other gaming site has sent a crypto payout so large, and Americas Cardroom is pleased to make history.

The US-facing site first began accepting Bitcoin in 2015. At the time, the popular cryptocurrency accounted for approximately 2% of all business. Today, players can play and get paid in over 60 different cryptos, including Bitcoin. Cryptocurrency now accounts for over 60% of Americas Cardroom’s business.

While the 60% is large, the number comes as no surprise. Online gaming sites have faced challenges with payment processing due to varying regulations around the world. Cryptocurrency offers players the chance to deposit and withdraw quickly and securely and is quickly becoming the preferred player option.

For more information on the $5 Million Venom and Cryptocurrency deposits, visit AmericasCardroom.eu.

SoftGamings has signed a games distribution agreement with Vivo Gaming