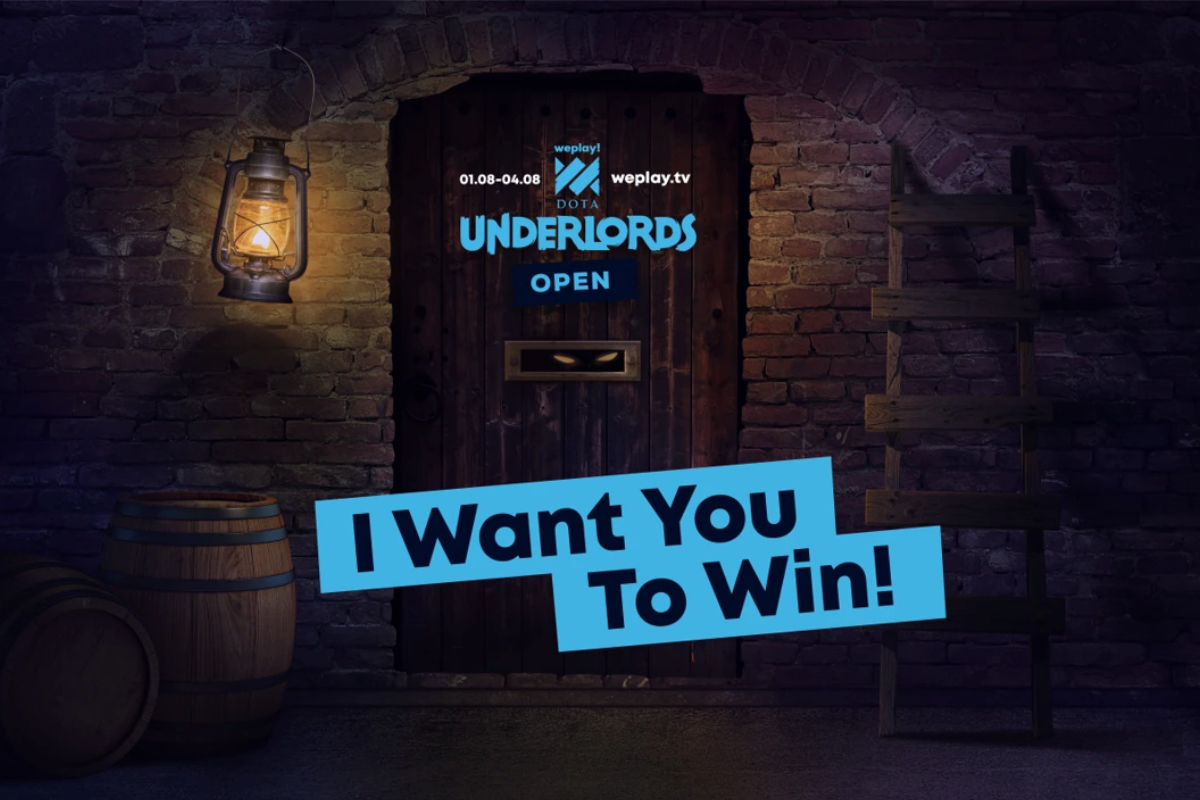 The sixteen playoffs participants who passed the Open Qualifiers will compete for a $15,000 prize pool

WePlay! Dota Underlords Open​, an upcoming $15,000 online tournament by ​WePlay! Esports​, will take place from ​August 1st​to ​August 4th​, 2019. This event is WePlay!’s first tournament announced for Valve’s autobattler. The Open Qualifiers round for all comers started on the 24th, with only the best 16 players to make it to the finals.

This tournament is the first one featuring Open Qualifiers on the one hand and a worthy prize pool on the other. With the Open Qualifiers, organizers have set to provide players who love Dota Underlords with a new gaming experience — and more importantly, a competitive experience.

Participants of the final stage will compete in a ​Round Robin​format; they will be split into 2 divisions, called ​Vicious Order​(Europe time zone) and ​Crimson Gang​(Americas time zone). Each division has eight participants, playing ten games on August 1st-2nd (5 games per day).

After each game played, participants will get points depending on the place taken by a player. The winner gets ten points, the second place receives seven, the third place will have six and so on. The eighth place position will receive one point.

After ten games, the top four players from each group, with the largest number of points, advance to the next round. These eight participants will also have to play ten games on August 3rd-4th, to reveal the four best players of the tournament. They will duke it out for the total prize pool of $15,000​, which is to be distributed among four best players:

Open Qualifiers were held in North America and Europe time zone during July 24th-29th. Lots of Dota Underlords fans took their chances: 5082 unique participants have registered for the tournament, with only sixteen slots available in the finals. The schedule for the main event this week is as follows:

Dota Underlords Open will be broadcast live on WePlay!’s official ​Twitch channel​in its finest esportaiment concept — the mix of esports and entertainment. Spicing things up, not only does it entertain devoted fans, but is also amusing and makes the broadcast unforgettable for the new audience. WePlay! studio content is always connected to the tournament’s theme, e.g., for the Valentine’s Day-themed Dota 2 tournament talents were presented as Cupids, while the Forge os Masters WePlay! League was all about a scout camp, where CS:GO players’ skill was tempered.

Previously, the company organized events for esports such as Artifact, Dota 2 and CS:GO. This time, the WePlay! brought together a wealth of talent with Robert “​RobAJG​” Gonzales holding down the studio as host, and four great casters — Shannon “​SUNSfan​” Scotten, Sean “​swim​” Huguenard, David “​ImpetuousPanda​” Nolskog, and ​Joel Larsson​.

WePlay! made some hints on the concept of the upcoming tournament in their teaser video and visuals, while one of the talents, ​Joel Larsson​, is giving the audience a tip on what they might see:

“​I think the concept of WePlay! Dota Underlords Open really captures the flavor of the game as the syndicates’ theme defines a world where things are run by gangs and the underworld, much like in Dota Underlords, battling between each other with their forces in an underground arena​”.

Either for esportainment or for getting the hang of Dota Underlords, the tournament must be a sight to see. Fans from around the world can catch all the action live from ​WePlay! Twitch ​ starting from August 1st.

WeAreCasino to launch a new European IT & Development Center in Riga, Latvia