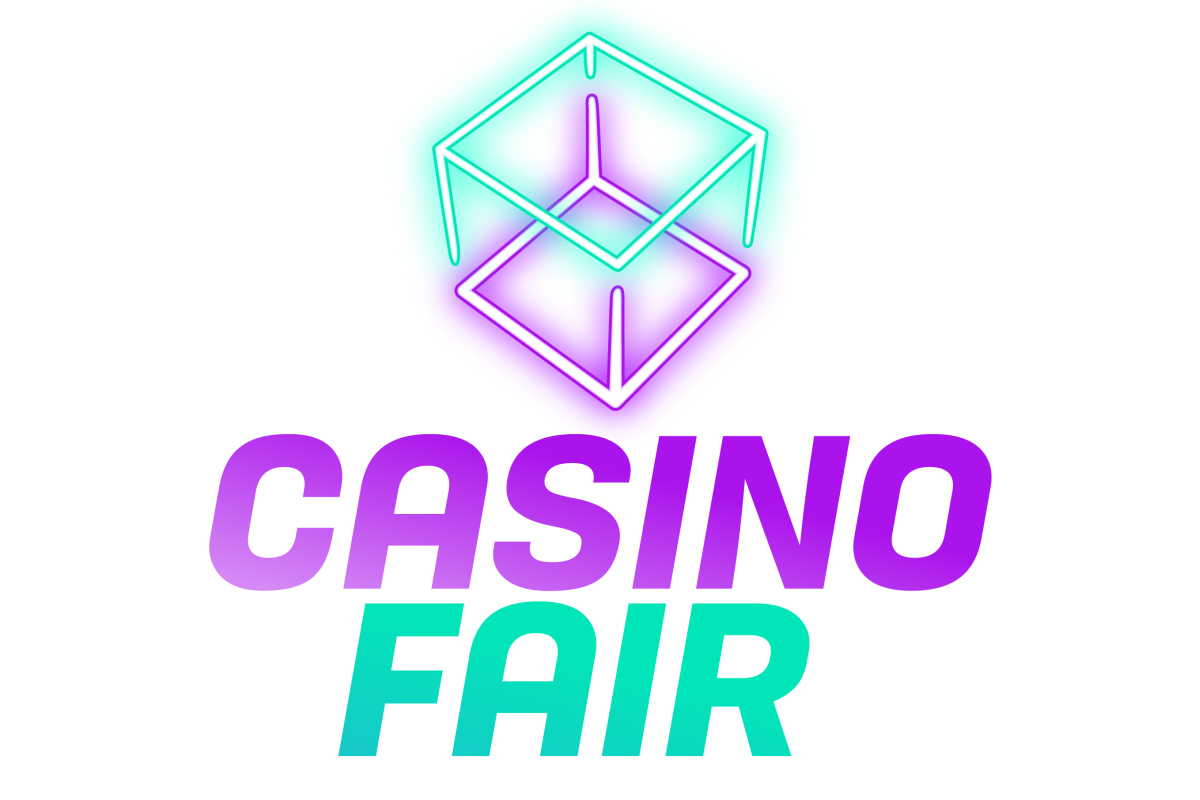 Premium blockchain casino CasinoFair has undergone a major rebrand in conjunction with an update to its user interface.

Marking the one year anniversary since the premier decentralised casino went live, the rebrand delivers a new logo and aesthetic which.is grounded in a wider user experience incorporating gameplay, promotions and future features to be launched.

CasinoFair has executed the new brand on the back of player feedback and behaviour, which it has found to differ considerably to usual igaming player behaviour and demands.

With a predominantly young millennial, male player base, the new logo is more in-keeping with the innovative blockchain sector and further away from the traditional, dated imagery often associated with land-based and traditional igaming companies.

One of the rebrands key tenets, ‘Player Power’, will see CasinoFair put the player back in control. Guaranteed Fair technology, instant payouts and full custody of funds will give players the respect and treatment they deserve and which has been lost across much of the gaming industry.

The casino’s other principle of ‘Unrivalled Fun’ will deliver the best in pioneering blockchain games, many of which have not been seen before, as well as innovative promotions and strong community engagement which makes every win feel that more special.

The new colour palette consists of bright tones with subtle pastel skews, bringing to life both CasinoFair’s priorities of fun, vibrant casino experiences with the reliability that players desire from their gambling companies.

Lloyd Purser, MD at CasinoFair, said: “CasinoFair has led the way in delivering premium blockchain experiences since its launch one year ago, and to build on this momentum we have listened to our players and delivered a rebrand that will serve this new generation of player far better.

“The new logo, colourway and values of ‘Unrivalled Fun’ and ‘Player Power’ have all been implemented to appeal to a player who wants more from their casino experiences and see blockchain technology, and the fairness and innovation it brings, as the solution.”

CasinoFair also recently launched its new wallet, powered by FunFair Technologies, which streamlines the sign-up and funding journey significantly, bringing the benefits of blockchain gaming to a mass market of players both inside and outside the creative sector. 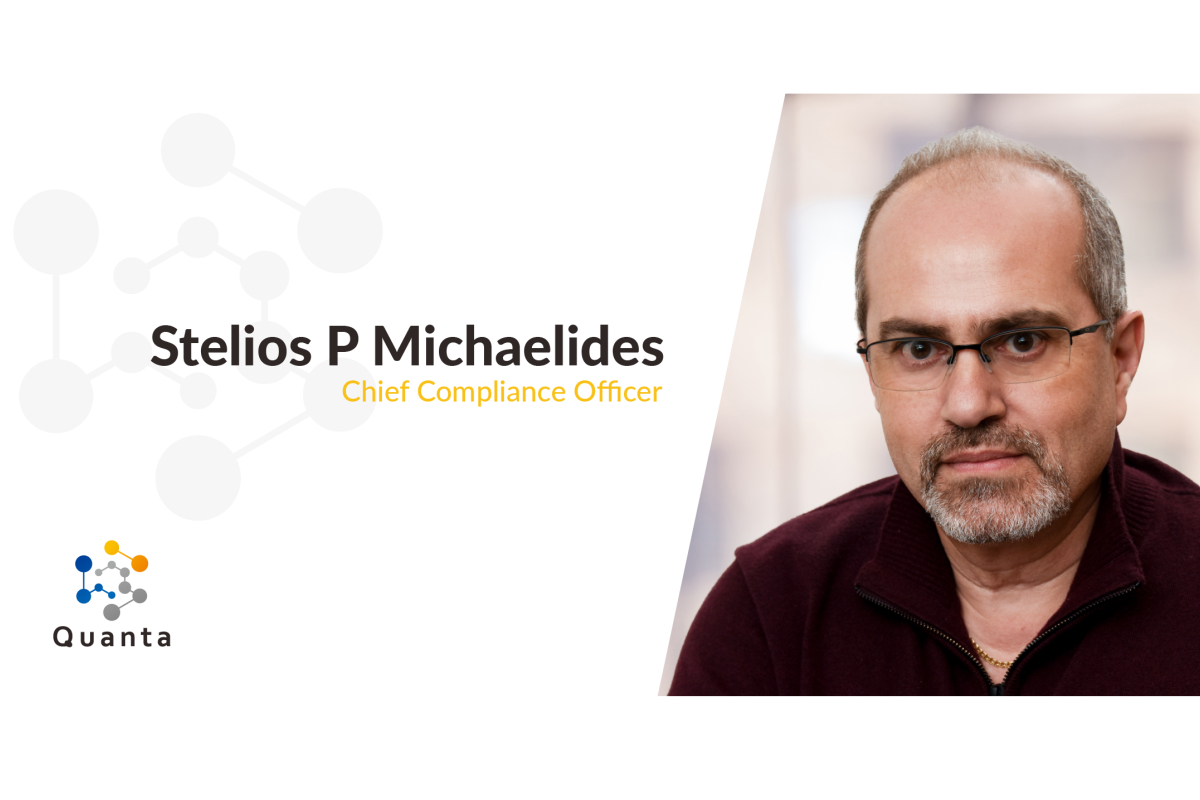 Quanta, the Isle of Man based Blockchain Lottery pioneer, is pleased to announce the appointment of Stelios P Michaelides as the Chief Compliance Officer of Quanta.

“Stelios has sound judgment and ability to identify and resolve complex issues in a dynamic environment,” said Harmen Brenninkmeijer, Quanta’s CEO. “I am confident that he will further Quanta’s ability to successfully navigate the ever-changing business and regulatory landscapes.”

Stelios is a strategic thinking, internationally-minded and versatile Chief Financial Officer with over forty years managerial experience of ensuring optimal financial and business operations across extremely diverse geographies and sectors.

He is well-versed in managing stakeholder relationships, building support and loyalty in order to achieve shared goals and further business success. And, with experience in restructuring internal operations and processes, executing Change Management techniques, developing innovative accounting and financial management systems from the ground up, creating processes that have stood the test of time and guiding companies across large-scale transitions with outstanding management skills needed to optimize and exceed performance expectations.

About Quanta:
Quanta is a pioneer in the development of blockchain technology solutions. Quanta’s powerful technology connects consumers with decentralised products and services via its transparent payment gateway – Quanta Pay. Quanta aims to provide a single mobile interface for its users to manage crypto and make payments to its lotteries and all other Quanta-built and integrated 3rd party products and services. In 2017 Quanta launched the first licensed blockchain lottery which fully utilises blockchain. The company also launched its NMI-certified random number generator (Randao), itself entirely built and operated on blockchain. Both its lottery games and Randao are or will be accessible via Quanta Pay.

Announcement on Launch of Quanta Pay 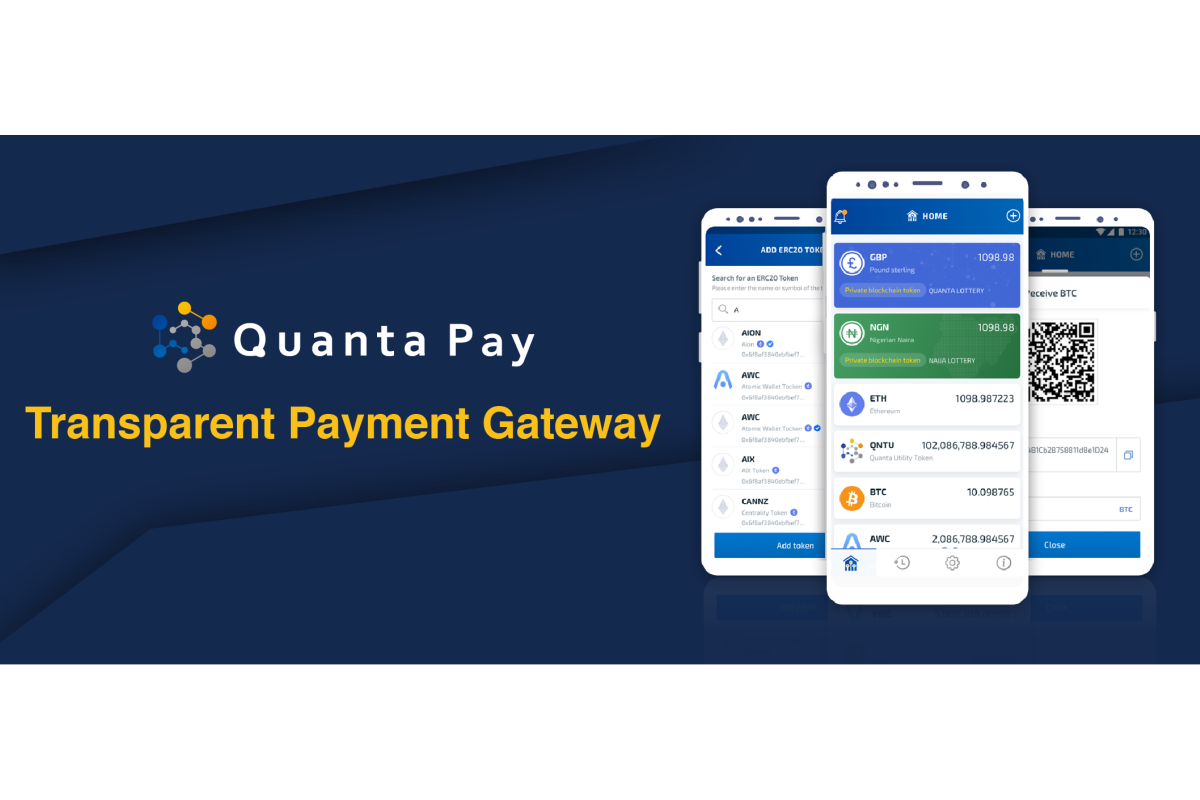 Quanta is pleased to announce the launch of the Quanta Pay payment gateway.

Quanta Pay’s Transparent Payment Gateway service works with both public and private blockchains. Users can send and receive Ethereum, Bitcoin, QNTX* and ERC20 tokens by using Quanta Pay all whilst keeping 100% control of their private keys. All transactions are logged for complete transparency. Simple installation, no registration and protected by a PIN, with Quanta Pay you only need to sign in once to access all Quanta-built and integrated 3rd party products and services.

Quanta Pay is safe and secure as it is protected with a 5-digit pin with encrypted private keys backed up with a 12-word passphrase. Interaction between Quanta Pay and integrated products and services is as fast as the blockchain can be.

Quanta is committed to the continued development of Quanta Pay with plans to incorporate even more features and functionality as well as to leverage the potential of the rest of Quanta’s product ecosystem, particularly the new QNTX token scheduled for release later this year.

Currently, Quanta Pay is available to the general public on the Google Play store (Android) and it can be downloaded using the following link. Download Quanta Pay

For QNTU holders that are swapping and staking into new QNTX tokens, please download Quanta Pay (Android-only version now with iOS version released this summer) and wait for instructions on how to get the new QNTX tokens in July/August 2020 (subject to Know Your Client (KYC) requirements). Stay connected as more information will follow in the coming few months. 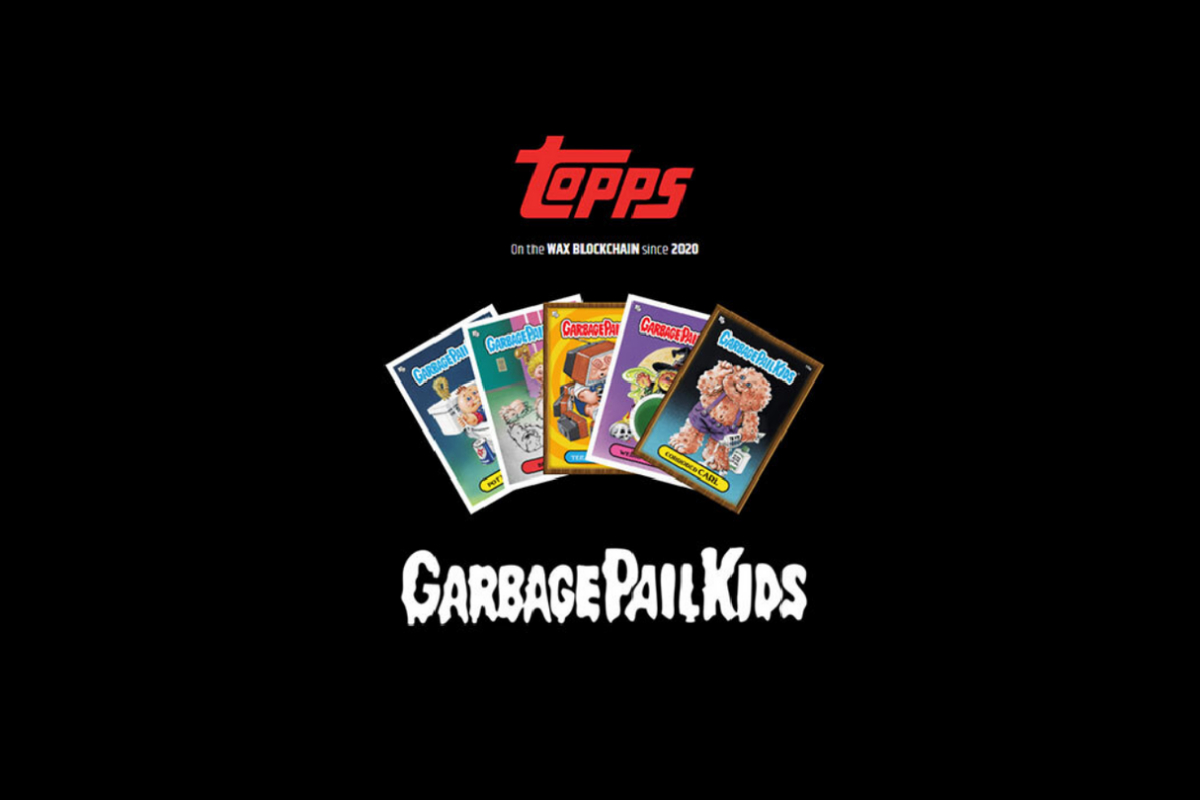 The Topps Company is the most prestigious producer of trading cards and collectibles in the world. Since 1938, Topps trading cards have become synonymous with Major League Baseball, Star Wars, WWE, Garbage Pail Kids. As well as other major sports leagues and iconic entertainment properties.

And for the first time ever collectors can buy, sell, and trade Topps digital trading cards on the blockchain. Starting with the pop culture phenomenon Garbage Pail Kids.

Be the first to purchase GPK packs on WAX by registering now. The sale goes live on Tuesday 12th May 2020.

For a limited time, buyers of GPK Card Packs on WAX will automatically be entered to win an Ultra-Rare Golden Card! Only 100 of these cards will ever be minted. Golden Cards come in 41 characters, each with an “A” name and a “B” name.

Garbage Pail Kids is a series of sticker trading cards produced by the Topps Company. Originally released in 1985 and designed to parody the Cabbage Patch Kids dolls, which were popular at the time.

Each sticker card features a Garbage Pail Kid character having some comical abnormality, deformity, and/or suffering a terrible fate. With a humorous wordplay character name such as Adam Bomb or Blasted Billy.

Many of the card backs feature puzzle pieces that form giant murals. While other flip-side subjects vary greatly among the various series. From humorous licenses and awards to comic strips and, in more recent releases, humorous Facebook profiles.

The use of blockchain technology will allow users to:

What can you do with the cards?

Collectors will be able to get their digital Garbage Pail Kids trading cards by purchasing them on the soon-to-be-released website. Users then choose to trade their digital cards to a friend. Sell them on an online marketplace. showcase their inventory on social media. Search wishlists of other traders and gift them their cards, or propose an exchange/trade.