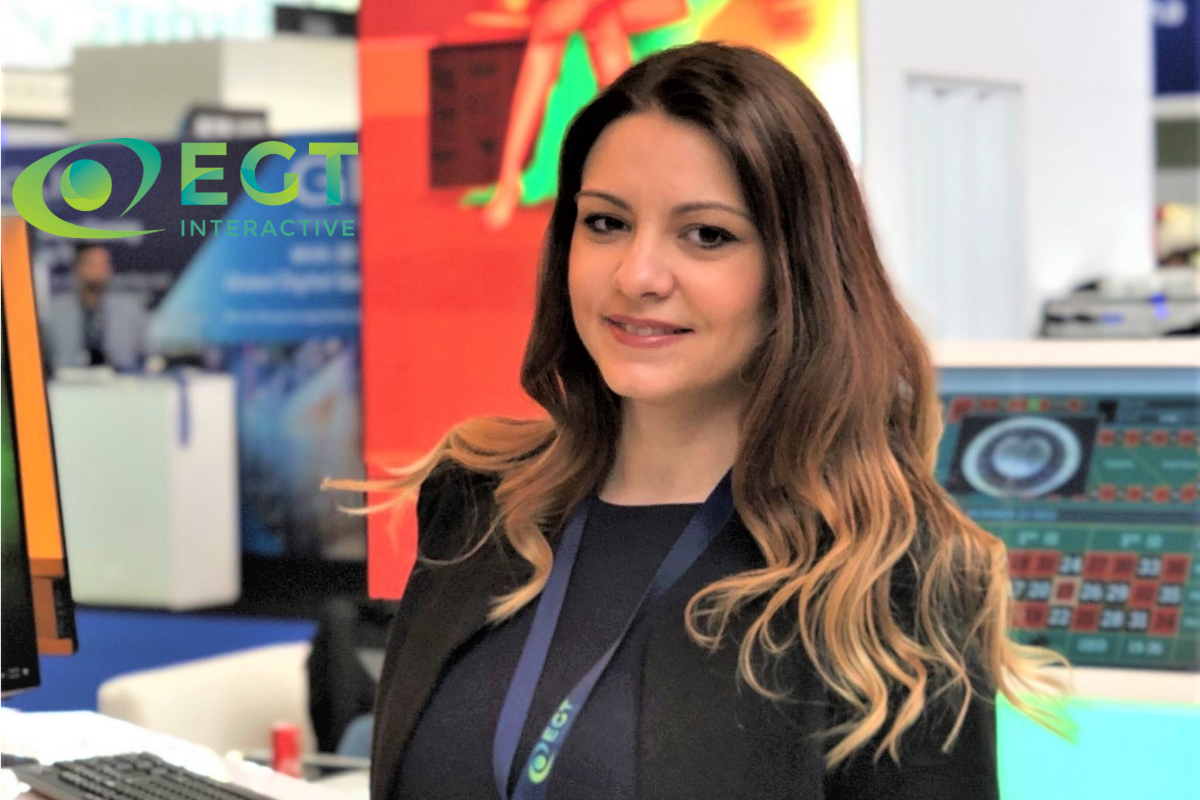 With the online launch of one of the most successful games in Euro Games Technology’s land-based portfolio, Egypt Quest, the company’s interactive branch embarks on a strategic expansion into core new territories in the North, South, East and West of Europe.

EGT Interactive has confirmed the release of one of the EGT Group’s leading games, Egypt Quest, to its range of online video slots in a new approach to both playability of the company’s most successful titles and their ongoing growth into new markets. Commenting on why the bonus game has been chosen to spark this initiative, Irina Rusimova, Business Development Manager at EGT Interactive, said: “Egypt Quest has been one of the most successful games in the land-based operations, which makes it known to our fan base. We believe that it will have overall high success ratio with all our operators and we already have the necessary data backing up this statement, as during the first month of its release, it has already aligned in the top 20 of EGT’s best performing titles.”

The company has recently expanded into Sweden, Hungary, Spain, Bosnia and Herzegovina following core data from both its land-based and digital brands. Rusimova believes the key to ongoing expansion is understanding specific requirements in terms of translation and localisation of games and their interfaces in tandem with meticulous selection of partners when entering a new territory. “Strategic expansion is part of our policy for growth and development,” she explained. “We are constantly looking for new opportunities and following the current trends of the regulative framework in the newly opened markets, we are streaming to certify our products according to the lawful requirements in every new territory. This of course takes out some of our current partnerships to a more global level, leads to further expanding of our operator network and gives access to a great content to more and more players.”

In terms of the opportunities inherent in translating Egypt Quest’s success to multiple new markets, EGT Interactive honed in on a new approach to six of its most successful titles, mainly in providing players with higher retention rate and the possibility of numerous winnings. Commenting on what made them land on these specific titles, Rusimova said: “We wanted to present to our customers a brand – new product in terms of concept, visuals, bonus system and overall experience. At the same time, it still references to some of the top titles from the portfolio but gives the player a chance for double winnings and many special features such as free spins and bonuses. Rise of Ra, Burning Hot, 20 Super Hot, Halloween, Circus Brilliant and Egypt Sky are already familiar to the audience, but are now placed in a separate portal with a new bonus game comprising of 4 Mystery Jackpot Levels.”

EGT Interactive’s games are currently available in English, German, Italian, French, Spanish, Hungarian and Romanian in order to correspond directly to the players but as the company prepares to move into new territories like Denmark, the focus is on using data to increase the brand’s footprint in these new territories. “Part of these markets, such as Hungary and Spain, are natural continuation of our land-based operations in place,” explained Rusimova. “This gives us high certainty that the portfolio will be highly successful among the players, as it has already been in the market. The possibility to offer the same games to both – the offline and online operations, is one of our greatest competitive advantages which, for sure, influences the decision when prioritising the entrance of the new markets. Nevertheless, we believe that the EGT portfolio, along with its traditional and classical touch, appeal to wider selection of players, thus making it successful choice for operators in most of Europe.

Currently Egypt Quest is available through the brand’s operator network to the players in Bulgaria, Armenia and Georgia, and is currently aiming for certification in Romania, Croatia, Estonia, Latvia, Portugal. “Our aim is to be able to provide this great new game to all territories where EGT portfolio is available, she concluded. “We are already seeing great results from Bosnia and Herzegovina and our expectations are for successful launch in Northern Europe – Sweden and Denmark, as well.” 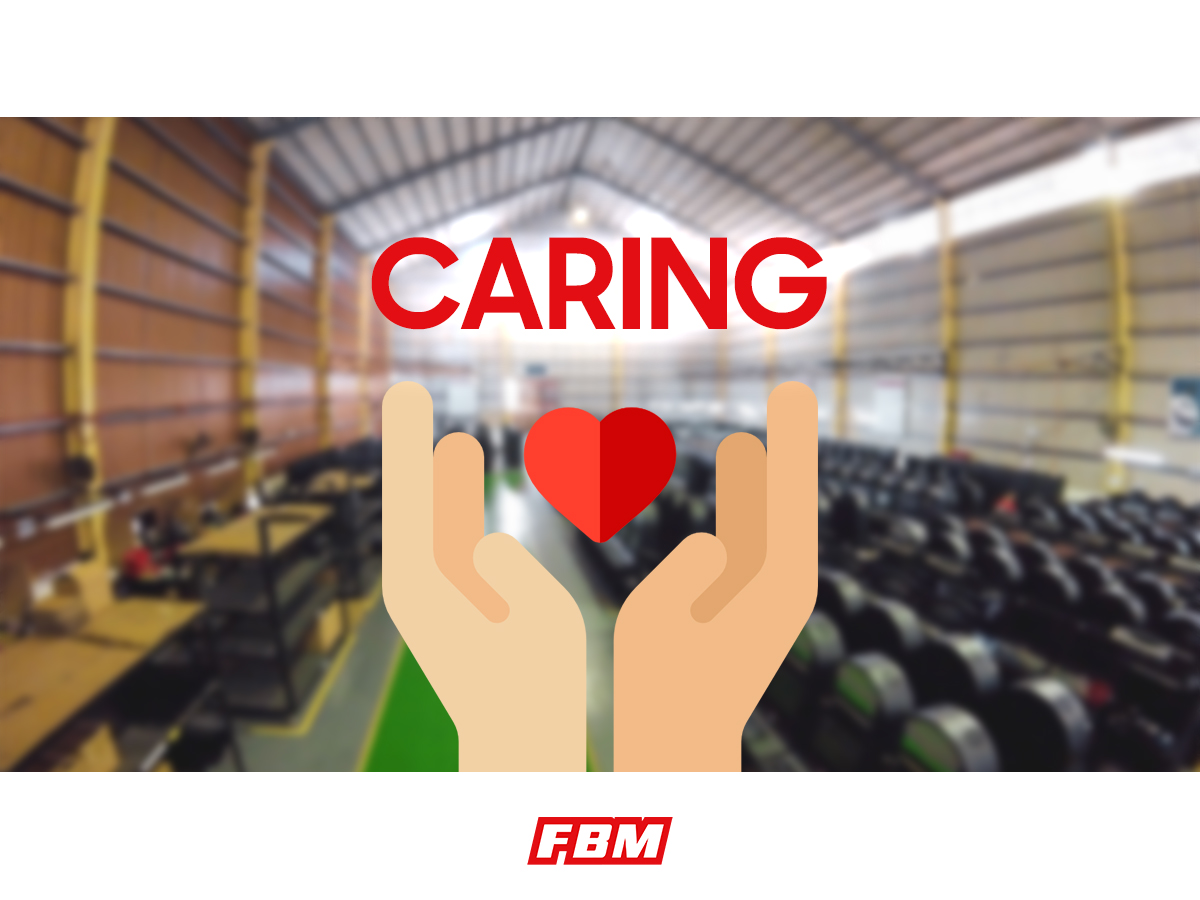 FBM is deeply committed to the fight against COVID-19. After taking all the security measures necessary to ensure the safety of its workers, clients and stakeholders, the brand decided to take direct action in this cause against the pandemic, by donating 20 million Philippine pesos. The donation to the Philippine General Hospital, National Kidney and Transplant Institute, Lung Center of the Philippines and Research Institute for Tropical Medicine was coordinated by the PAGCOR – Philippines Amusement and Gaming Corporation and will allow these hospitals to buy medical equipment useful to help the Philippines fight the virus.

More than reacting to the effects of the virus, FBM management is working to anticipate challenges and provide quick answers to the circumstances dictated by the context. The brand is concerned with the evolution of COVID-19 and, when facing the first signs, activated hygiene and health measures to the highest level following the World Health Organization recommendations. The home office was also applied to all the professionals that can perform their role remotely.

FBM is part of the gaming industry since 2001 and is aware of its role and impact as a global gaming brand with responsibility for the well-being and safety of hundreds of families. That´s the reason why FBM´s management decided to take further actions and have an active role in the community by helping hospitals with a solid investment in equipment.

The Philippine Amusement and Gaming Corporation received a letter from FBM expressing the brand´s concerns about this pandemic and then coordinated the distribution of the funds to the four hospitals referred.

“Caring is one of our main values as a brand and we take it very seriously when it comes to our people, our clients and our games. We could not step aside from this cause. The Philippines means so much to FBM as a nation that we could not ignore its people when they need us the most”, mentions Rui Francisco, founder of FBM.

Rui Francisco also explains the focus of this action. “We chose the hospitals to make our impact in the community because we know that their professionals are some of the heroes in this daily battle against the virus and they must be properly equipped to take care of us”. The FBM founder continues with a message to the brand´s team:” I also had the opportunity to send a direct message to all of our workers, but I want to make a public note to recognize and thank them for the commitment and collaboration revealed in this challenging moment”.

FBM has a legacy of 19 years in the gaming industry. After conquering the leadership of the video bingo market, FBM focused its expansion campaign on Europe and Central America. The brand has now a rich portfolio of landbased and online titles that include the following game types: video bingos, spin reel games, table games and video poker. 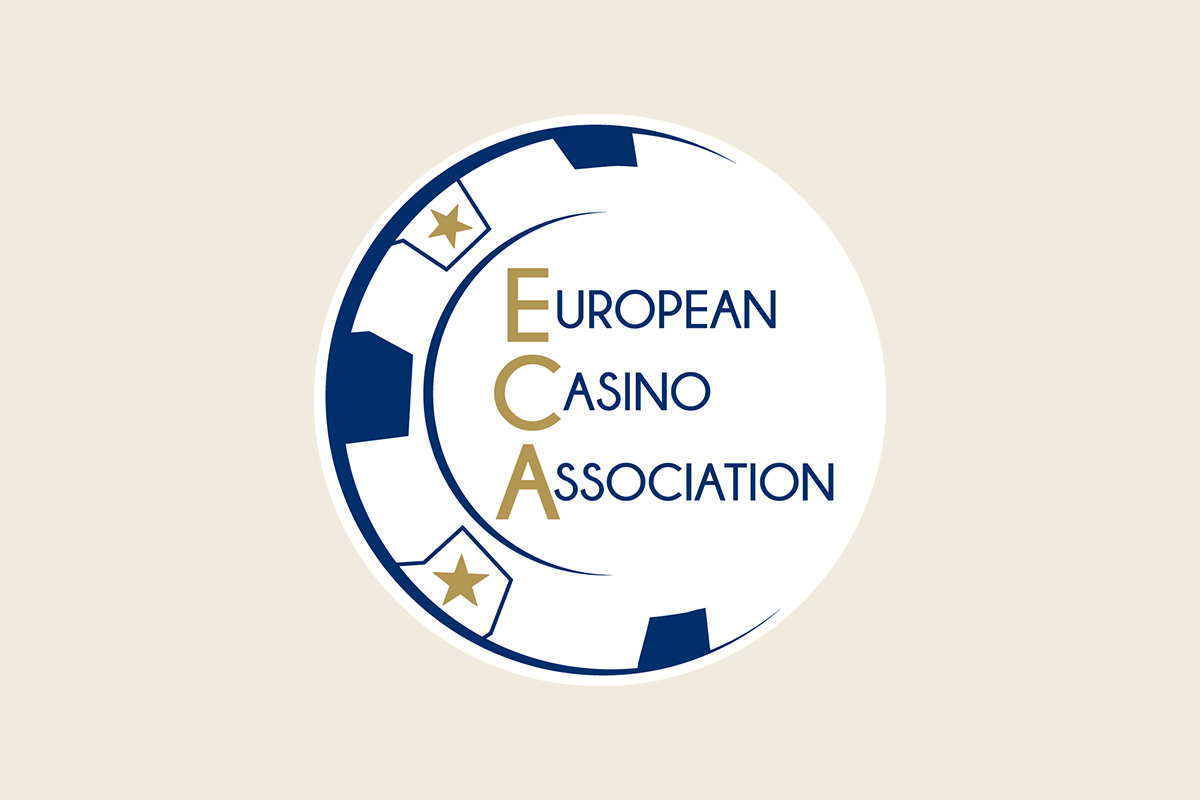 “We are confident that Hermann’s many years of experience in the international gambling industry will be an asset for the ECA, especially in these difficult times. Hermann is well known in the industry, has been PR Coordinator and a Senior Advisor to the ECA for many years and knows the legal and regulatory opportunities as well as challenges of our business inside out,” ECA Chairman Per Jaldung said.

Jaldung also took the opportunity to thank Veronika Tisold from the European Affairs Consulting Group (EACON), who is going on maternity leave from her position at EACON, a contractor to the ECA, and thus also stepping down from her role as Executive Director of the ECA.

“On behalf of all ECA members, I would like to thank Veronika for her efforts in maintaining a strong, active and independent ECA and wish her and her family all the best for the future,” Jaldung said. 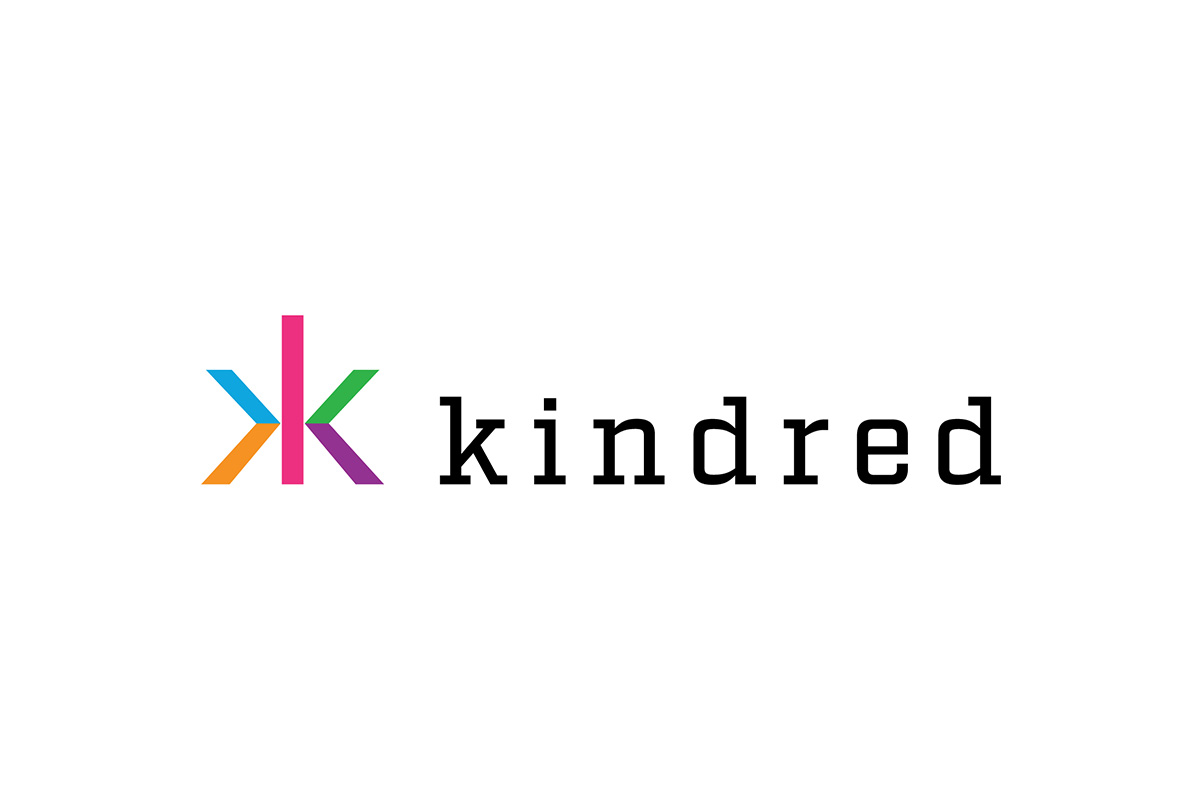 In light of the exceptional circumstances caused by COVID-19, Kindred is providing the following updates.

Kindred has had a good start to the year with gross winning revenue for the first quarter of 2020 estimated to be in the range of GBP 247-252 million (Q1-2019: GBP 224.4 million) unaudited. The gross winning revenue was positively impacted by strong sports betting margins in the period up the disruption of sports in the middle of March 2020. Despite this, the margin before free bets was 12.2 per cent for the quarter, compared to 9.7 per cent in the first quarter of 2019.

The full impact of cancelled sports events was largely effective from 16 March 2020, which resulted in lower sports book turnover, however partially compensated by solid growth in revenues from other products. As a very short-term indication, during the period 16 March to 31 March 2020, the daily average gross winnings revenue was GBP 2.2 million, which was 10 per cent lower than the average for the full year in 2019 (11 per cent in constant currency).

Update on dividend for 2019

Kindred has a good financial position with strong liquidity and low leverage. However, due to the uncertainty caused by COVID-19 and to ensure that Kindred is well capitalized for future investment opportunities, the Board has decided to change the previously communicated proposal on the 2019 dividend and will recommend to the AGM that no dividend is paid.

Kindred has taken steps to protect employees and to ensure continuity of operations by adjusting ways of working so that, wherever possible, employees work from home. As a modern technology-based company, this has been achieved with minimum disruption to the business. Kindred is also working closely with all its partners to continue to provide an attractive sports and racing offer where possible and to be ready for normalized levels of sport activity.

“We expect the impact of the coronavirus on our business to be temporary, with sports activities gradually resuming during or after the summer. In order to reduce the earnings impact of temporarily lower sports revenues, we will adapt our cost base through reduced levels of marketing spend, lower operating costs and delaying certain investments.

While the current situation presents several challenges, I remain very positive about Kindred’s future outlook. Kindred will continue to benefit from a wide geographical reach and a broad product mix as well as a business model which has been resilient during previous times of economic downturns. I also believe that the social and behavioural changes that are already happening will accelerate the migration from offline to online, which will benefit digital operators like Kindred. Our focus on player safety and care for our customers will naturally continue with the same dedication.”

Kindred will publish results for the first quarter on 24 April 2020. The results presentation and Q&A session will be available through webcast as usual. The previously planned physical meeting at Regeringsgatan 25 in Stockholm will not take place. The arrangements for the results announcements for subsequent quarters will depend on the relevant advice from public authorities.

Kindred Group is one of the world’s leading online gambling operators with business across Europe and Australia, offering over 26 million customers across 11 brands a great form of entertainment in a safe, fair and sustainable environment. The company, which employs about 1,600 people, is listed on Nasdaq Stockholm Large Cap and is a founding member of the European Gaming and Betting Association (EGBA) and founding member of IBIA (International Betting Integrity Association). Kindred Group is audited and certified by eCOGRA for compliance with the 2014 EU Recommendation on Consumer Protection and Responsible Gambling (2014/478/EU).