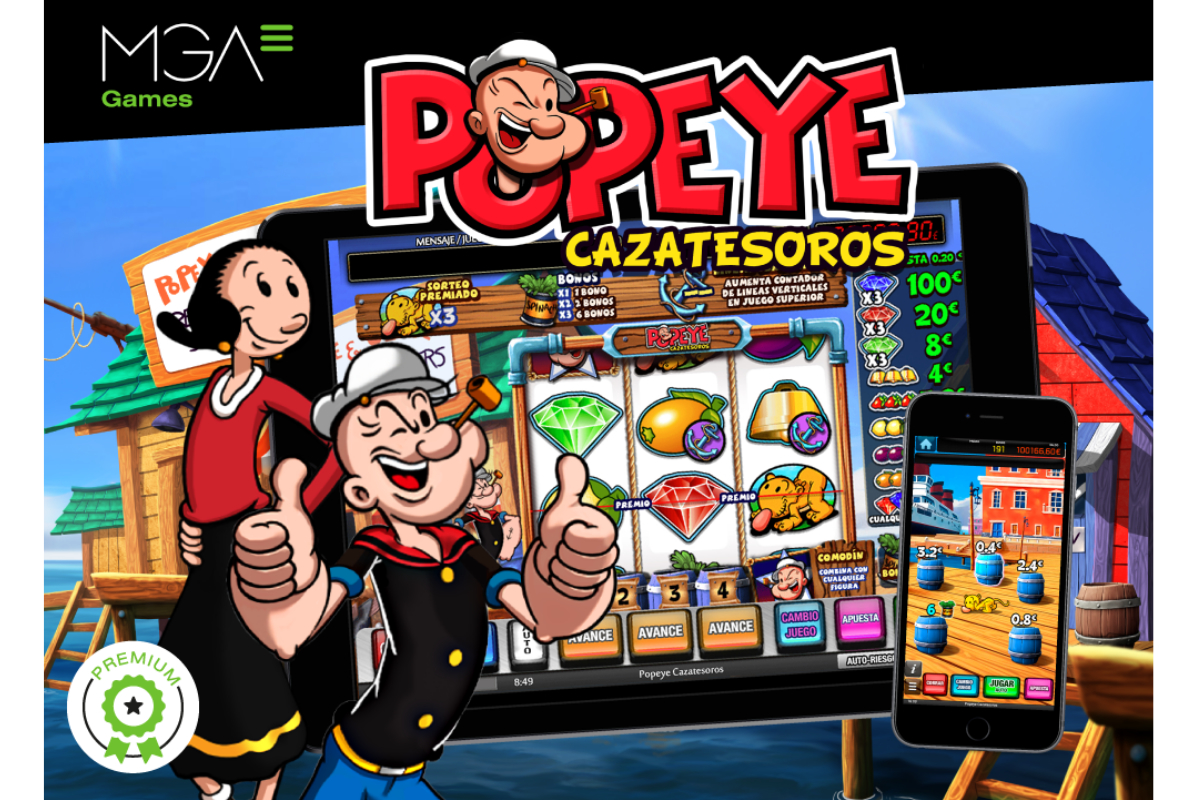 The strongest and most charismatic sailor worldwide begins sailing with the crew of MGA Games along online casino platforms in Spain. After the success of Flash Gordon and Mr. Magnificent, MGA Games, the expert developer in localised product for global operators, has chosen the legendary comic book character to create Popeye, cazatesoros.

The husky character first appeared in a comic strip in January 1929, but its popularity was such that it was quickly adapted to film. Its trajectory includes up to five television series and a movie that has become a cult film. Nowadays, and in better shape than ever, the mythical strongman continues to flex muscle and has transformed into a Spanish slot game, together with his girlfriend Olivia and the villain Brutus.

MGA Games, which owns the rights of the characters, has managed to perfectly reproduce the image of Popeye and his friends with an exceptional graphic quality and a groundbreaking style that provides dynamism to the characters and revives the favorite sailor of our childhood, with his tattoos, his pipe and his powerful spinach.

Excellent graphics are combined with the musical creation and the carefully crafted sound effects, with producer, Quique Tejada, in charge of the project. The result is a fully immersive experience that completely engages the player in a grand new adventure.

Popeye, cazatesoros also includes the popular mini-games by MGA Games that provide greater fun and entertainment to online casino users. On this occasion, after obtaining a prize from the figure symbols “Popeye”, “Brutus” and “Olivia”, the players will gain access to the map where they can freely choose from 4 minigames: Isla pirata, Desierto, Naufragio and Isla dorada.

The latest production by MGA Games will officially be launched in the Spanish market today Monday, March 30.

About MGA Games:
MGA Games is a leading Spanish company in the creation and development of slot machines and online video bingo.
Originally a spin-off from the New Technologies Department at MGA, MGA Games is dedicated to developing and releasing attractive, high quality and successful online games that grab the attention of users and operators. MGA Games’ portfolio includes titles based on Spanish slot machines, as well as international slot machines and video bingo. All the titles are available for national and international operators. 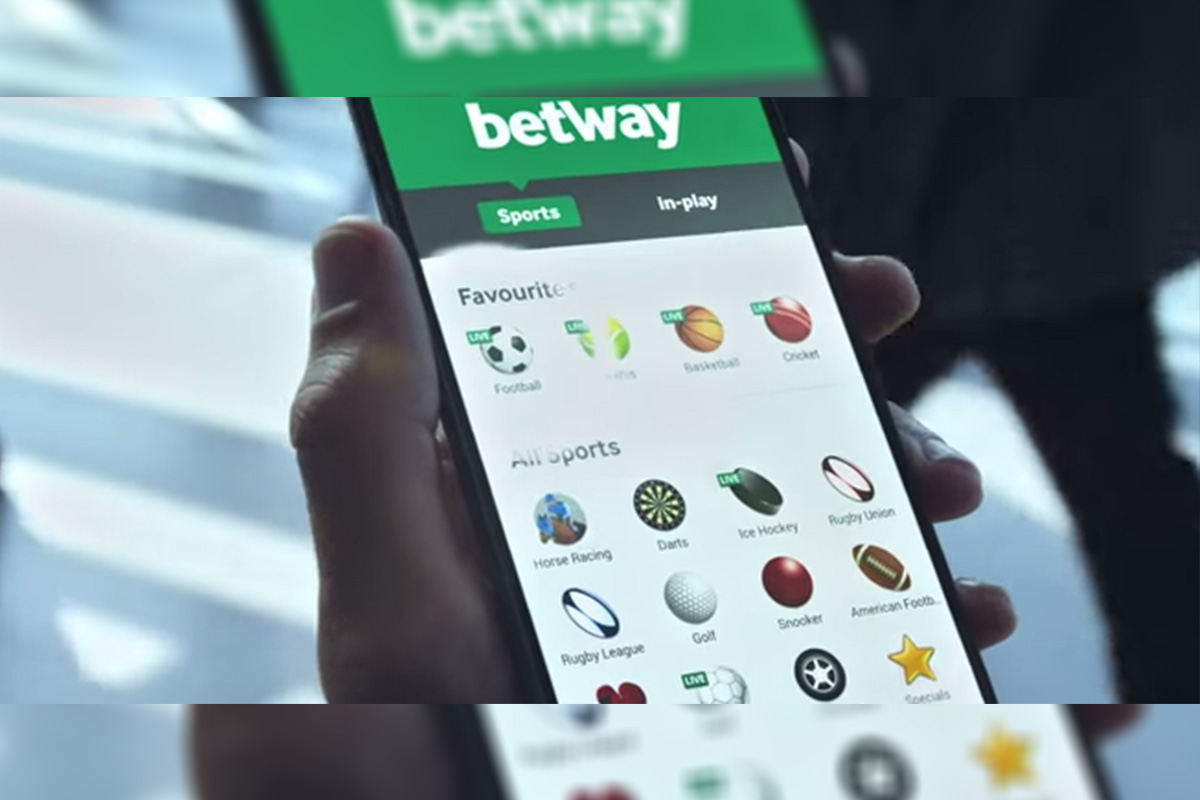 As one of the leading counties in English cricket, Surrey showcases some of the best international and English cricket talent at the globally renowned Kia Oval. Producing the likes of Rory Burns, Ollie Pope and Jason Roy, this announcement will see Betway gain access to Surrey CCC talent.

The agreement will also see venue branding at all domestic and international matches, as well as the bookmaker’s logo on all Vitality T20 Blast shirts.

Anthony Werkman, CEO of Betway said: “We are extremely happy to be announcing our partnership with the Surrey County Cricket Club. It enforces our continued commitment to cricket and we can’t wait to watch the team compete in the Vitality T20 Blast, LV= Insurance County Championship and Royal London One Day Cup.”

Kevin Pietersen, Brand Ambassador for Betway said: “It’s great to see Betway and my old county Surrey going into partnership. I had a great time at the Oval. The atmosphere there is fantastic and always helps to make the cricket an exciting spectacle.

“Surrey are competing for three different county titles, as well as hosting the fourth match of a blockbuster Test series between England and India. It looks set to be a memorable summer of cricket.”

George Hampson, Head of Corporate Sales at Surrey County Cricket Club and The Kia Oval, said: “As we look forward to a hugely exciting season at The Kia Oval we’re very happy to be partnering with Betway, one of the UK’s most exciting and innovative betting companies.” 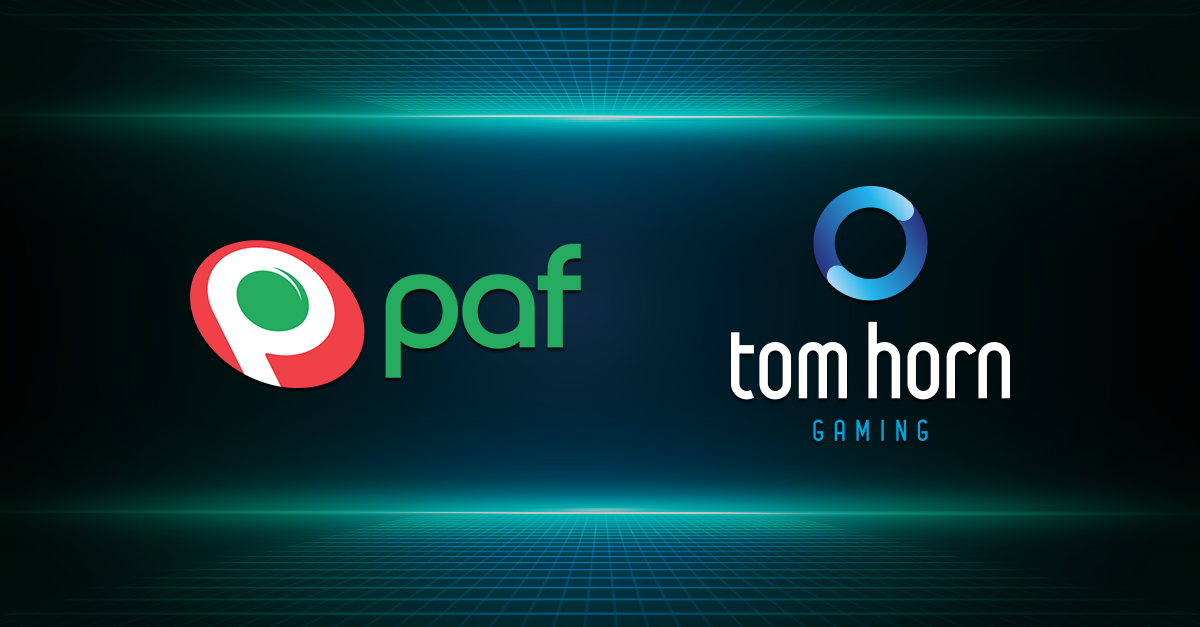 Tom Horn Gaming, an igaming software supplier, announced today its latest content partnership with the Nordic based operator Paf which will further strengthen its local coverage of European markets.

“Joining forces with Paf provides a gateway to a number of jurisdictions, especially in the Nordics, where we are seeing increasing demand for our games. The partnership with the leading responsible operator strengthens our services footprint and facilitates further market penetration.

We are thrilled to be introducing our games to the operator’s wide base of players and very much look forward to watching our partnership grow and flourish going forward, “ said Ondrej Lapides, CEO at Tom Horn Gaming.

“Tom Horn Gaming have the experience, the technology, the mindset, the scale and the team to provide the best-in-class gaming content to our players. Over the years the provider has focused on building the games that are well-received by players in local markets.

They always offer a superb and fresh experience, well-informed by player preferences and habits, and we’re excited to be rolling them out across our brands,” added Eric Castro, Head of Content, Casino & Games at Paf.

Under the terms of the agreement the brands of Paf and Paf Multibrand Ltd. will initially offer its players a selection of Tom Horn Gaming’s titles, with the remainder of its award-winning portfolio to follow suit soon after. Players can look forward to gaining access to popular titles like 243 Crystal Fruits, Sweet Crush and Wolf Sierra. 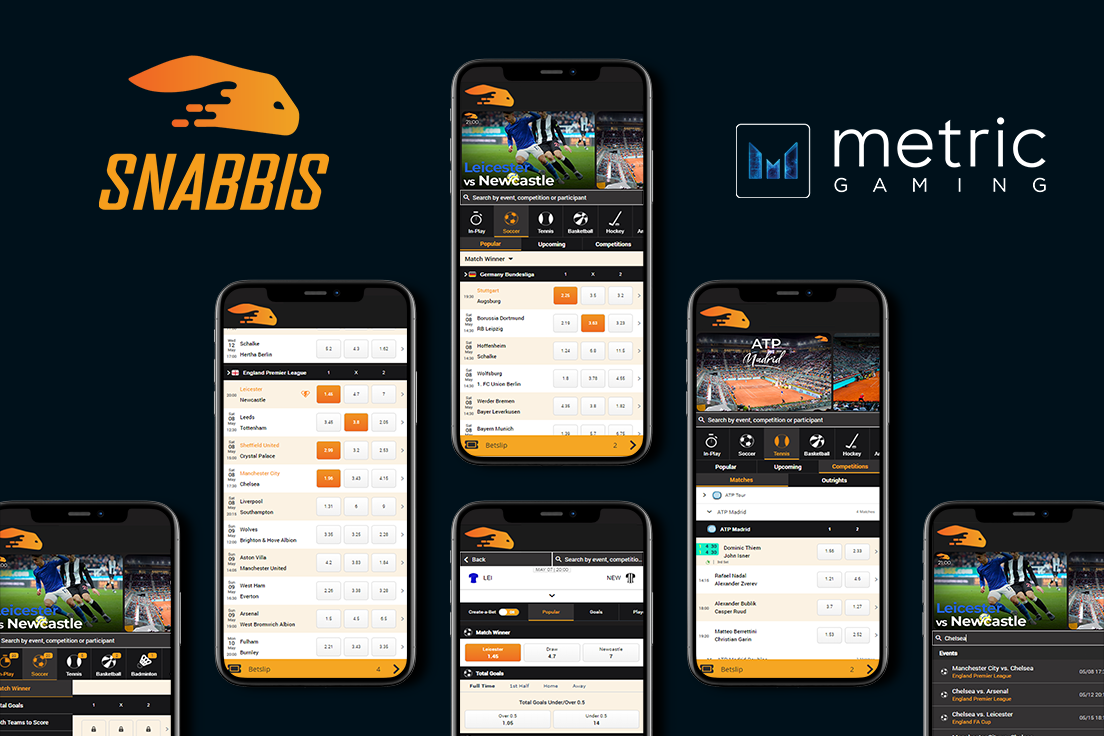 Metric Gaming, the innovative B2B sportsbook platform and services provider, has powered another complete sportsbook launch following the successful debut of Snabbis sports betting service. The European sportsbook, which comes two years after its online casino launch, will be made available and fully localised in each country the brand operates in.

“We are pleased to have our Sportsbook live and are confident we have a product led platform that we are able to differentiate; allowing us to compete for market share,” said Max Falkman, Snabbis’ Managing Director.

“Our future plans align well with Metric’s and we have every confidence in Metric’s cloud-based technology and we’re looking forward to a long and successful relationship.”

Metric Gaming’s complete sportsbook product is a multi-tenant platform, which houses multiple operators while allowing them to maintain complete independence. It enables individualised odds and risk set-up for each tenant by configuring more than 20 custom parameters and can provide a customised or templated user interface.

The sportsbook allows pricing autonomy for every market and every selection, a vital advantage as international brands consider localised marketing campaigns and taxation rules.

“We’re thrilled our partners at Snabbis have entrusted us with their entry into the sportsbook vertical. Snabbis will benefit from a best-in-class sportsbook proposition that will bring a market-beating product to their players,” said Jim Supple, CEO of Metric Gaming, which is licensed in the UK and Malta.

“The Metric Gaming complete sportsbook product synchronises perfectly with their expansion plans across multiple territories. Its localisation capability will give them a significant competitive advantage over their rivals, and we’re excited to have the opportunity to contribute to Snabbis’ success.”