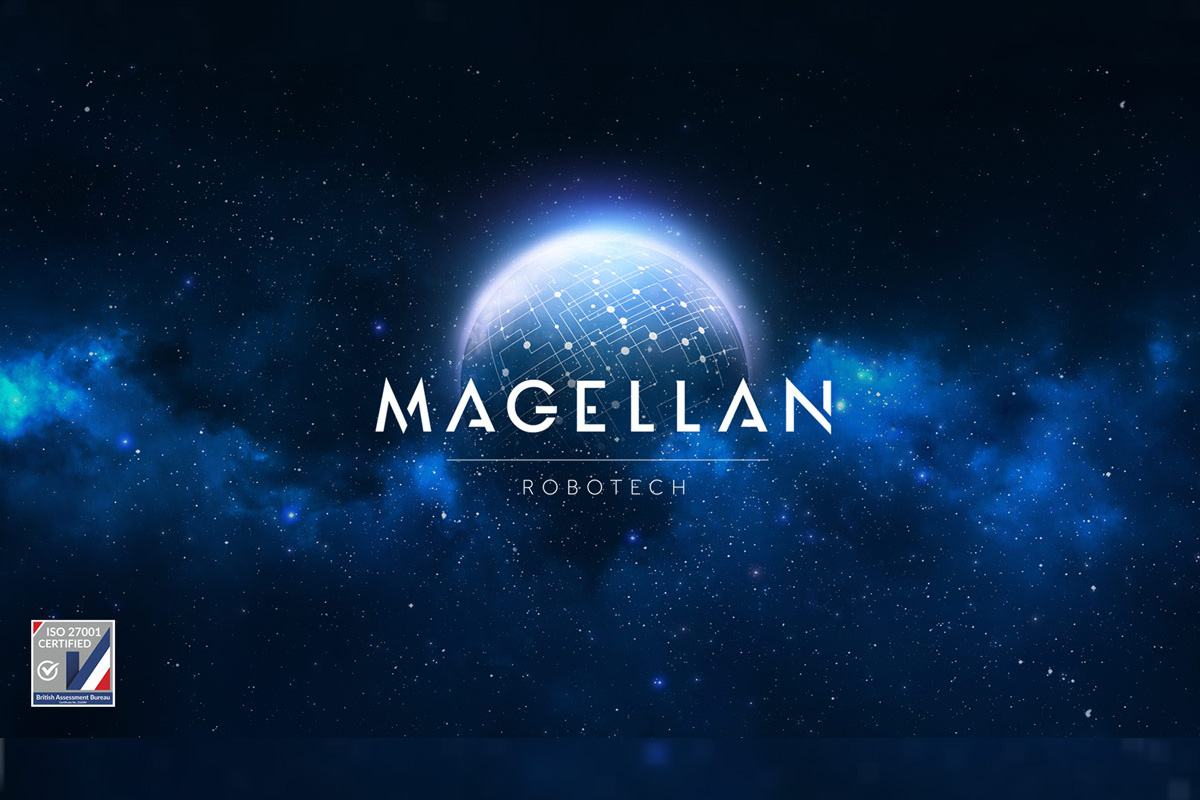 The findings of a study commissioned by the Stanley Board to the Robotics Division of the Liverpool Group on the likely trends of the Covid-19 pandemic in the coming weeks, were disclosed and released to all Stanley affiliates in Europe. The Robotics Division is the same that created humanoid robot Alicia, which utilizes the most advanced techniques in giving life to virtual products. The virus is dealt with by a mathematical model that interprets the pandemic as if were spread by a swarm of hostile robots. Each individual virus is looked at as if it were a single nano-robot, and its effects are analyzed in relation to its movements, by the same techniques of logistic prediction that are applied to gauge the simultaneous movement of millions of very low cooperation level software drones (swarms). It is an approach that was fine-tuned for the first time in the world at Magellan Robotech with respect to specialized software simulating the movements of virtual entities, in that case characterized by a high cooperation level. An ad hoc mathematical model enabled the creators to overcome the difficulty of identifying the correct level of cooperation within the swarm applied to the pandemic scenario.

We uploaded into the model the data of the Civil Protection and Health Authoritites of several countries, as well as those of the World Health Organization, de-seasonalized by econometric techniques comparable to those utilized to stabilize the sets of data employed in the predictive models of economic research.

We moroever uploaded into the model the most reliable forecasts that could be obtained on citizens’ behaviours in the countries concerned in complying with the prescriptions of the health authorities. More particularly, we developed separate forecast models for China, and the eight jurisdictions where Stanley is currently operative: England, Denmark, Belgium, Italy, Romania, Croatia, Malta and Cyprus. China, which is now showing considerably stabilized data, was utilized as “control patient”, and compliance rankings were assigned to the other jurisdictions against the Chinese benchmark.

China was thus assigned compliance ranking “100”, and degressively lower rankings were assigned to other countries. The actual rankings assigned will not be made public. We, though, like to think that Italy, which was in its history always capable to summon its best resources in the hardest times, gained the third ranking, hence, a surprisingly “high” compliance level. And we like to think that, albeit in a tragic context, Italy did set the standard for the rest of the world, amongst others, for the spirit of self-sacrifice of its medical personnel, public and private alike, and the exemplary behaviour of its citizens.

In order to assess the damage suffered as a result of the forced closure of its betting premises in the eight countries it is active in, the Stanlely Board had requested an estimate of two key-parameters in each such country: 1) the point in time of the pandemic peak, and 2) the point in time when the number of daily contagions would go down to zero units. Let us recall two concepts that are helpful to understand our assessments. First, peak means the point in time when the contagion curve changes from an exponential increase (concavity facing upwards) to a logarithmic increase (concavity facing downwards). Second, the number of zero contagions is the point in time when the curve reaches its top in terms of infected individuals. Our model supplies both parameters, which are very different from country to country. The Italian data, according to the Magellan model, are as follows: a) the peak in Italy was reached 4 days ago, on 27 March, and b) the number of new infected individuals commenced to decrease after 27 March with an increasing logarithmic trend, bound to reach the minimum (zero contagions) on 7 May 2020. The error margin according to the model is plus or minus 4 days. The overall probability that the model effectively delivers correct data is 88%. Hence, always according to Magellan Robotech, the number of new contagions could reach zero level at any time between 3 and 11 May, although the most likely date derived from the assumptions underlying the model is 7 May. From that date onwards, it is though recommended, and will be necessary, to maintain standards of extremely high prudence for at least another 14 days.

The green light of the Government for resuming ordinary activities in Italy may, thus, be predicted for the last week of May.

At present, Stanley is operating in online mode only, with all physical premises in Europe being shut down awaiting the prescriptions of the national authorities. We seize this opportunity for encouraging all Stanley agents anywhere in Europe to strictly comply with such prescriptions and, above all, to stay at home. Stanley has asked that all its employees and commercial partners do the same. Strict compliance only will take us all to the end of the pandemic.

Dr Garrisi, the Stanley CEO and creator of the Magellan mathematical model, in a phone interview from Malta launched a warning: “I am confident that the predictions developed by us will prove substantially correct. However, there is a risk. In fact, our model shows that the contagion trend in the coming days should collapse exponentially. In other words, we will see the number of new infected individuals decrease by the day with astonishing speed, but the curve will thereafter  slow down and tend to become flat with an enervating “swing behaviour” equally changing by the day, to reach the zero contagion point at the beginning of May. It is, therefore, to be expected that in the coming days between 7 and 15 April a mood of euphoria will prevail, as if the problem was eventually overcome. Mind you, this is not the case. A relaxation of the strictest compliance with the prescriptions of the authorities could result in a fresh uptake of the pandemic instead. All of us must absolutely stay at home, not only until the day when the absence of new contagions is declared, but safely well beyond that point in time. Provided all of us remain compliant and strict in observing the prescriptions of the authorities, the gambling sector may start to think of a re-opening of physical operations within the end of May”.

Magellan Robotech Ltd was founded in 2014 by the Stanleybet Group, international bookmaker with over 60 years of experience in the Gaming business, with the aim of exploring new frontiers in Gaming and Entertainment.

Since its foundation, a team of more than 100 professionals has been dedicated to create bespoke products and services. Magellan highly custom-made solutions are entirely pinpointed to our customers needs and, furthermore, compatible with the rules set forth by the Gambling Commissions of several Countries.

Our mission is to improve the productivity and the efficiency of operators and to further enhance the gaming experience for customers, making it increasingly intense and exciting

In June 2018, ¬Magellan Robotech obtained the international certification ISO/IEC 27001, which defines the global requirements for an Information Security Management System (ISMS) and is designed to ensure the selection of adequate and proportionate security controls. The standard also requires periodic checks, thus guaranteeing constant and extreme protection of the certified companies’ customers’ information.