GAMOMAT, is proud to announce the launch of its latest major slot title, Book of Juno. Book of Juno encourages players to engross themselves in Roman mythology with the goddess Juno: The mother of gods and protector of women. Juno harnesses her power to move Bonus-Blocks during Free Games to reveal a divine blessing. A tranquil soundtrack ensures a deeply satisfying slot experience. Players who collect three or more books will be entrusted with Juno’s great wisdom. The Book symbol is Wild and substitutes all symbols except the bonus symbols within the Free Games feature. “Book” is Scatter and 10 Free Games are triggered by 3, 4 or 5 Scatters.

Yggdrasil, the leading global publisher of online gambling content, has unveiled its latest festive game Christmas Tree in partnership with YG Masters studio True Lab. Christmas Tree combines stunning visuals, absorbing gameplay and joyful music for a fun-filled slot with everything you would expect this festive season. The reels take the shape of a beautifully decorated Christmas tree while snowflakes gently flutter among its glittering lights and Santa, of course, makes an appearance. Five or more identical symbols in a diagonal cluster on the reels form a winning combination. The winning clusters are removed as new symbols cascade down to fill the empty spaces.

BF Games has brought a touch of seasonal sparkle to its portfolio with the release of Stunning Snow Remastered™. The 5-reel, 3-row slot offers a magical twist on the fruit-themed video game with Lucky Sevens and Christmas Tree Star symbols landing on the reels to boost winning potential. Set against a snow dusted village adorned with Christmas gifts, Stunning Snow Remastered™ offers adrenaline-seeking players the opportunity to activate the gamble function and bet all on one card for even bigger holiday pay-outs.

Playtech, has launched a new slot based on one of the world’s most iconic puzzle games, Rubik’s® Cube as a limited exclusive with Buzz Bingo. Bringing a new twist to the retro favourite, Rubik’s® Cube features striking 3D graphics and a compelling Sticky Wilds mechanic – plus, a built-in modifier that unlocks a choice of six different Free Games modes, including the chance for the players to choose volatility. Building on the puzzle theme of the game, Buzz Bingo is supporting its exclusivity period with a specially designed, mini-game, evoking the retro feel of the Rubik’s® brand and bringing it to life for a new generation of players.

GAMING1 has released an enthralling new game, Horus Temple. The innovative 4×5 slot transports players to ancient Egypt, where among the scorched sand dunes lies a world filled with mythical gods and haunting tombs, in which Ra and Apep fight an existential battle for control over night and day. There’s big prizes to be won as the revered gods wage war on the reels, and gamblers can collect all 24 orbs – one for every hour of the day – or lock in five bonus symbols to trigger free spins, as well as activating the Super Bonus by combining both features.

Play’n GO have given the industry another little treasure with one of their final releases for 2020, the adventure slot Frozen Gems. The 5×3 video slot puts players in the shoes of an intrepid explorer, separated from his crew during an arctic mission, who discovers hidden gems in the icy wasteland. The game provides a unique twist on the payways mechanic that allows symbols to be split on a special bonus reel, unlocking up to 8,748 payways. Coupled with an unlimited cascade multiplier, this is a game with huge potential to round off the year.

Kalamba Games is inviting players to crack open the treasure vault in pursuit of big wins in its latest title Goblins and Gemstones. The new 5×4 slot has 1024 payways and features three unique mechanics designed for huge volatility and massive win potential, with a maximum win of over 38800x the bet. Winning opportunities are boosted by the Scatter Split feature, which splits a randomly selected symbol into two or three and pays from anywhere on the reels. During the Paired Reels feature, reels are randomly grouped into a multitude of possible combinations for the chance of huge wins on every spin, while the Expand n’ Lock feature sees the reels expand to increase the potential number of ways to win.

Pragmatic Play, a leading content provider to the gaming industry, has released the newest addition to its vaunted John Hunter series, John Hunter and the Mayan Gods. The 3×5 video slot sees the return of Pragmatic Play’s intrepid hero as he treks across the Mayan jungle in search of treasure. Fearsome gods await players as they look to aid him in the search for Temple Scatter symbols upon the reels. A golden mask acts as a Wild symbol, which can land on reels 2, 3 or 4. If a Wild lands and forms a winning combination, it will expand to fill the entire reel. Three or more Scatter symbols will trigger the Free Spins mode, which is progressive, upgrading in level as more Wild symbols land. As players upgrade their level, symbols become upgraded to more high-paying ones, potentially triggering wins of up to 2,500x a player’s stake. 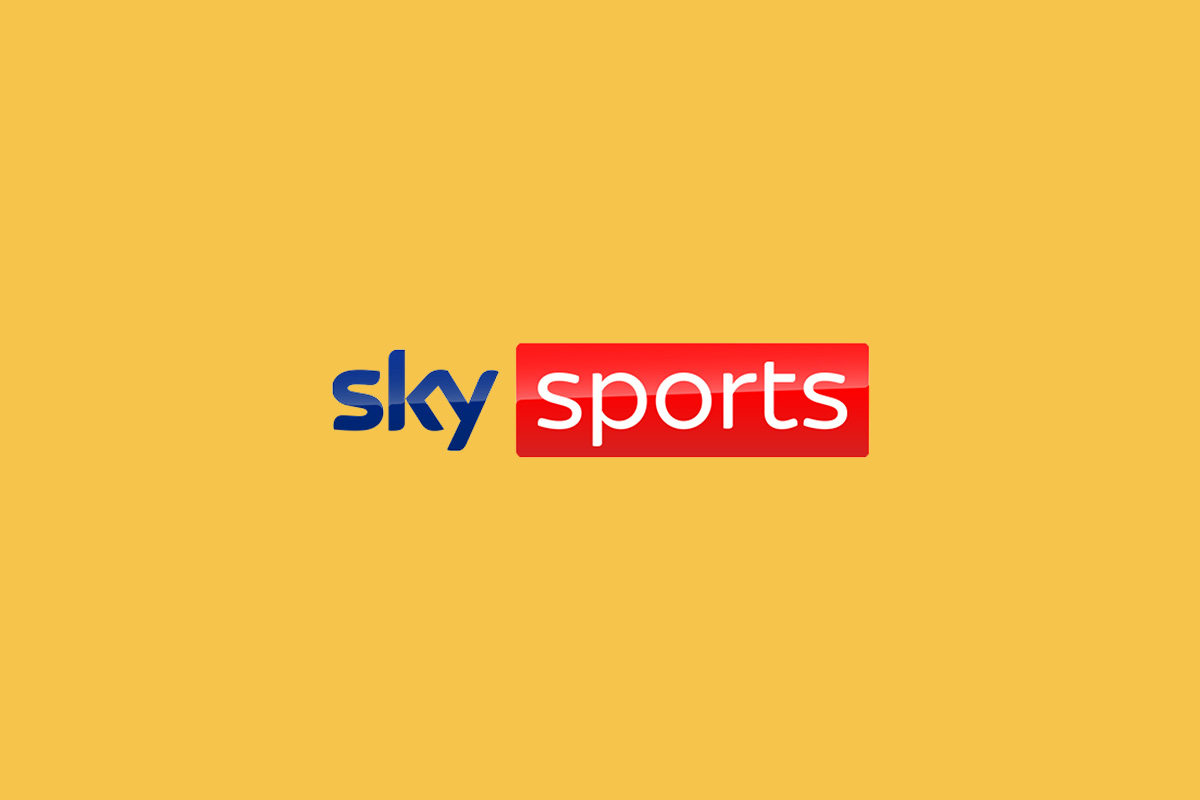 The eye-catching logo, which replaced ‘When The Fun Stops, Stop’, will be shown on the perimeter boards for the first 30 seconds of each half of the West Ham Utd v Tottenham Hotspur match at the London Stadium on Sunday.

‘Take Time To Think’ will also feature on the large digital screens outside the stadium, as well as the screens behind both goals, with all assets donated by Hammers shirt sponsor and principal partners Betway.

Meanwhile, a full page advertisement highlighting the campaign will be published on the inside front cover of the match programme.

Super Group-owned Betway are one of the BGC members who are funding ‘Take Time To Think’, which aims to encourage customers to use safer gambling tools like time outs and deposit limits.

‘Take Time To Think’ was launched last week with a series of TV adverts showing customers pausing mid-play before deciding whether to use one of the tools.

Operators are also adopting the ‘Take Time To Think’ messaging across their online and retail businesses.

BGC members already ensure that at least 20 per cent of their TV and radio adverts are safer gambling messages, while it is estimated that around two million customers – around one in five – already use deposit limits.

Anthony Werkman, CEO of Betway, said: “It’s vitally important that we support this message and we are delighted to be able to donate such prominent assets in order to maximise the reach of the campaign.

“Betway back all aspects of the ‘Take Time To Think’ safer gambling message and strive to ensure that our products are used in a fair, safe, secure and responsible environment.”

Michael Dugher, chief executive of the BGC, said: “I am delighted that ‘Take Time To Think’ will feature so prominently at the West Ham v Spurs game, and that it will receive a nationwide audience on Sky Sports.

“Our research has shown that the ‘Take Time To Think’ message will encourage even more customers to pause and consider whether to make use of the wide range of safer gambling tools that are available. That will enable them to stay in control of their betting.

“The efforts BGC members like Betway are making to promote safer gambling are in stark contrast to the all too easily available unsafe, unregulated black market online.” 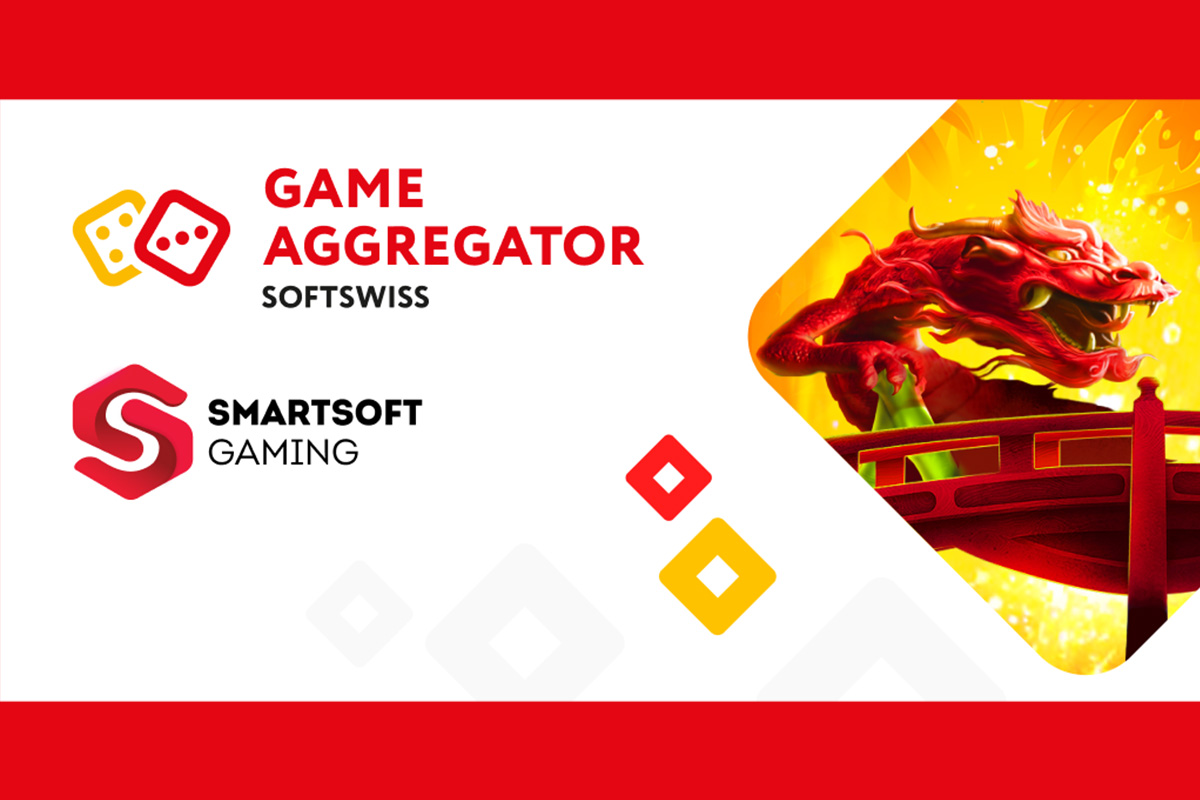 The SOFTSWISS Game Aggregator currently offers access to the products of more than 170 game providers, the ranks of which SmartSoft now joins. As part of the partnership, the SOFTSWISS Game Aggregator clients will have access to a wide range of popular games, including mini-games, slots, casino games, keno, PvP table and card games, scratch & win and unique games with gamification features. These will complete the line-up of more than 11,000 games, 3,000+ of which are optimised for cryptocurrencies.

In addition to accessing classic SmartSoft games, the SOFTSWISS Game Aggregator clients will also evaluate a special category of top games with a unique game engine. These include the provider’s hits such as JetX, Cappadocia and JetX3.

In addition to major fiat currencies, the studio supports cryptocurrencies, particularly bitcoins. All SOFTSWISS White Label and Game Aggregator clients under Curacao and Malta licences will have access to SmartSoft content.

Nikita Keino, Partner Managers Team Lead at SOFTSWISS, comments: “I am sure the SOFTSWISS Game Aggregator clients will appreciate the number of games and features SmartSoft offers. We do not doubt that it will be long and fruitful cooperation, because it can’t be any other way. Welcome, SmartSoft!”

Luka Namoradze, CMO SmartSoft, notes: “We are delighted that SOFTSWISS is becoming our partner and want to thank you for being a part of our extended network. Many operators already can’t wait to have our games through the SOFTSWISS platform. We are looking forward to a long and rewarding partnership.”

PRAGMATIC PLAY KICKS OFF THE CELEBRATIONS WITH DAY OF DEAD™

BETER has added yet more events with AI tournaments