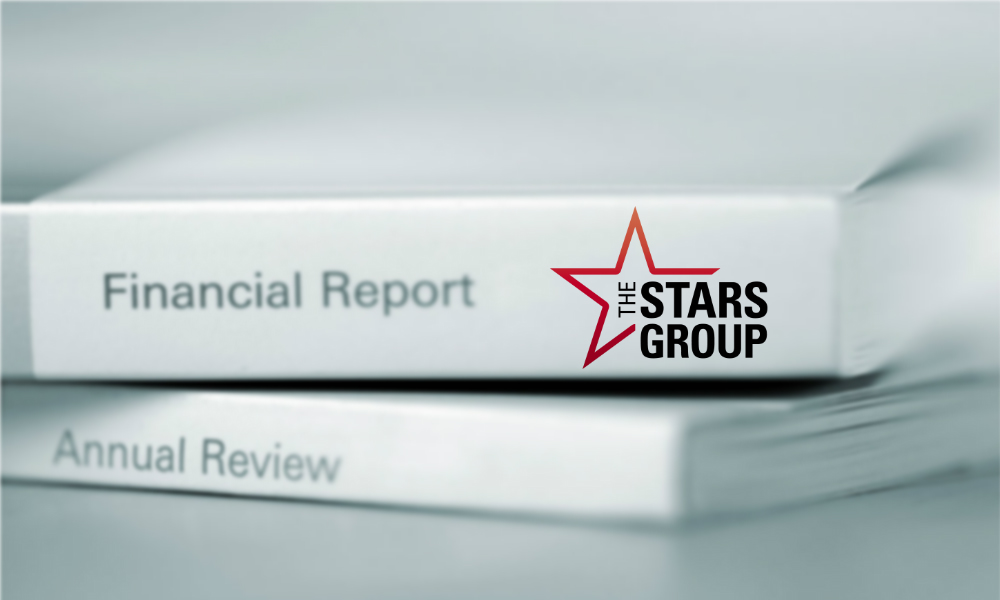 “The Stars Group’s strong first quarter results continued our organic growth trajectory,” stated Rafi Ashkenazi, The Stars Group’s Chief Executive Officer. “We are pleased with the performance of each of our verticals, poker, casino and sportsbook, which are benefiting not only from the continued success of Stars Rewards, but also from our strategy of focusing on the customer and continued improvements to our product offerings.”

“Moving forward, the exceptional foundation of our existing business will be complemented by our acquisitions of CrownBet and William Hill Australia, and expected completion of the Sky Betting & Gaming acquisition. These acquisitions will help diversify our revenue base, increase our exposure to regulated markets, and transform our combined sportsbook into a second customer acquisition channel. These new additions will accelerate not only the organic growth we are seeing in our existing business, but also our progress towards realizing our vision of becoming the world’s favorite iGaming destination.”

Poker Revenues – Real-money online poker revenues for the quarter were $245.9 million, or an increase of approximately 12.4% year-over-year. Excluding the impact of year-over-year changes in foreign exchange rates, real-money online poker revenues would have increased by approximately 2.3% for the quarter. The increase in poker revenue was primarily driven by the positive impact of the Stars Rewards loyalty program, foreign exchange fluctuations, and the introduction of shared poker liquidity in France and Spain, as offset by, among other things, the cessation of operations or difficult operating conditions in certain markets including Australia and Colombia.

Debt and Cash – Total long-term debt outstanding at the end of the quarter was $2.45 billion with a weighted average interest rate of 5.1%. As previously disclosed, on April 6, 2018, The Stars Group successfully increased the size, repriced at lower interest rates and extended the maturity on its U.S. dollar and Euro denominated first lien term loans and revolving credit facility, amended and restated the applicable credit agreement, and fully repaid the remaining $95 million outstanding on its second lien term loan. The Stars Group ended the first quarter of 2018 with approximately $257 million in operational cash on its balance sheet.

Net Deposits – Net Deposits were $353.4 million in the first quarter, an increase of 25.9% year-over-year. Net Deposits are closely correlated to The Stars Group’s reported net gaming revenue as some or all of the deposits eventually become revenue. The Stars Group believes that the increase in Net Deposits was primarily driven by the implementation of the Stars Rewards loyalty program and continued focus on high-value customers (primarily recreational players), positive impacts from foreign exchange fluctuations and continued development of the casino and sportsbook product offerings.

Sky Betting & Gaming – On April 21, 2018, The Stars Group announced that it had entered into an agreement to acquire Sky Betting & Gaming, one of the United Kingdom’s leading online sportsbooks and gaming providers. The aggregate purchase price was $4.7 billion, of which $3.6 billion will be payable in cash and the remainder will be payable through the issuance of approximately 37.9 million newly-issued common shares. Completion of the transaction is conditional upon obtaining customary approvals from the Toronto Stock Exchange, Nasdaq, and certain gaming and other regulatory authorities, in addition to the completion of other customary closing conditions. To finance the cash portion of the purchase price for the transaction, The Stars Group obtained fully committed debt financing of $6.9 billion, including $5.1 billion of first lien term loans, $1.4 billion of senior unsecured notes and a $400 million revolving credit facility. The funded proceeds of $6.5 billion will be used for the cash portion of the transaction consideration, refinancing The Stars Group’s existing first lien term loans and repaying Sky Betting & Gaming’s outstanding debt.

Full Year Guidance – The Stars Group intends to provide revised 2018 full year financial guidance to include its acquisitions of Crown Bet, William Hill Australia and Sky Betting & Gaming when it releases its financial results for the second quarter in August. The Stars Group continues to be satisfied with the performance of its existing operations and as of the date hereof continues to expect the following 2018 full year financial guidance ranges:

These unaudited expected results reflect The Stars Group’s existing business, excluding CrownBet, William Hill Australia and Sky Betting & Gaming. These expectations also reflect management’s view of current and future market and business conditions, including assumptions of (i) potential negative operating conditions in Russia expected to begin in late-May 2018, (ii) no other material regulatory events, and (iii) no material foreign currency exchange rate fluctuations, particularly against the Euro. Such guidance is also based on a Euro to U.S. dollar exchange rate of 1.20 to 1.00, Diluted Shares of between 207,000,000 and 209,000,000 for the high and low ends of the Adjusted Net Earnings per Diluted Share range, respectively, and certain accounting assumptions.

About The Stars Group
The Stars Group is a leading provider of technology-based product offerings in the global gaming and interactive entertainment industries. The Stars Group directly or indirectly, including through its Stars Interactive Group division, owns gaming and related consumer businesses and brands, such as PokerStars, PokerStars Casino, BetStars, Full Tilt, and the PokerStars Players No Limit Hold’em Championship, European Poker Tour, PokerStars Caribbean Adventure, Latin American Poker Tour, Asia Pacific Poker Tour, PokerStars Festival and PokerStars MEGASTACK live poker tour and event brands. These brands together have millions of registered customers globally and collectively form the largest poker business in the world, comprising online poker games and tournaments, sponsored live poker competitions, marketing arrangements for branded poker rooms in popular casinos in major cities around the world, and poker programming and content created for television and online audiences. The Stars Group, through certain of these and other brands, also offers non-poker gaming product offerings, including casino and sportsbook. The Stars Group, through certain of its subsidiaries, is licensed or approved to offer, or offers under third party licenses or approvals, its product offerings in various jurisdictions throughout the world, including in Europe, both within and outside of the European Union, Australia, the Americas and elsewhere. In particular, as of the date hereof, The Stars Group holdings gaming licenses or related operating approvals in 18 jurisdictions, and PokerStars, the world’s most licensed online gaming brand, holds gaming licenses or related operating approvals in 17 of those jurisdictions.

Full PR is available on: http://www.prnewswire.co.uk/news-releases/the-stars-group-reports-first-quarter-2018-results-682285581.html

The registrations for CEEGC 2018 Budapest are now officially open, check the highlights