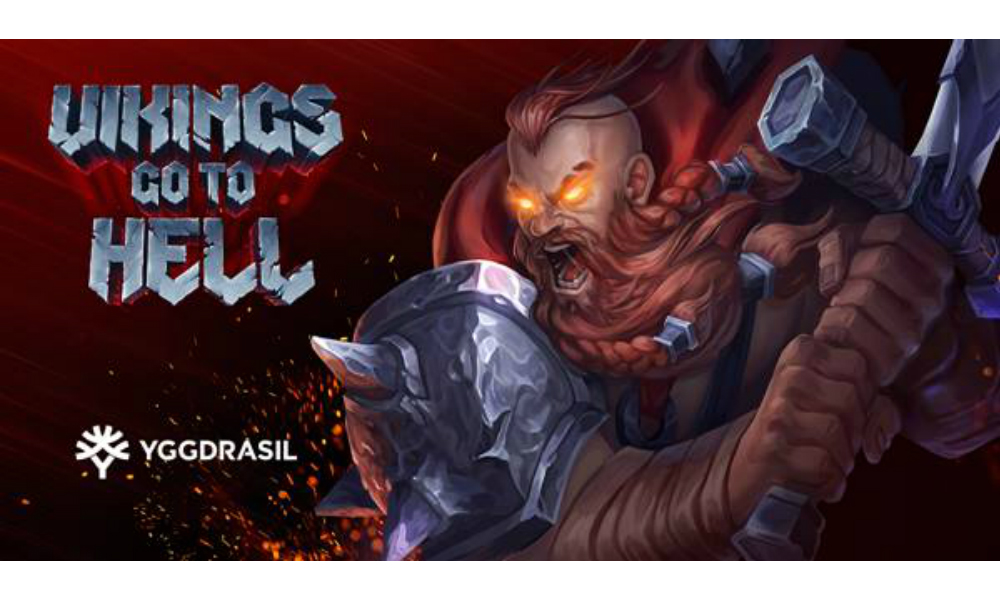 May 24th, 2018 ­­– Yggdrasil Gaming has announced the return of the Vikings with the launch of its new blockbuster video slot, Vikings go to Hell.

The game follows the success of Vikings go Wild and Vikings go Berzerk, with the Vikings this time taking on demon hordes in the underworld.

The popular Berzerk mode returns, as does the rage collection mechanic, but this time the game also features higher variance and bigger win potential.

Fights for sticky wilds will now also happen in the base game, and two levels of Free Spins with multipliers allow for truly monstrous wins.

Yggdrasil head of slots Jonas Strandman said: “Vikings go to Hell is the third instalment of a successful series, so of course the only way to go was even bigger and better with visuals, sounds and wins.

“Since showcasing a preview of this title at ICE in February, anticipation has been building, and this release does not disappoint. We have produced a game special enough to offer something great to Vikings fans both old and new, and we can’t wait to see how players react.”

As with all Yggdrasil’s slot games, Vikings go to Hell is supported by the supplier’s collection of in-game promotion tools, BOOST®, which are proven to improve retention rates.

The game is built on the HTML5 client framework, iSENSE2.0+, which is well known for its seamless game play experience on both desktop and mobile.