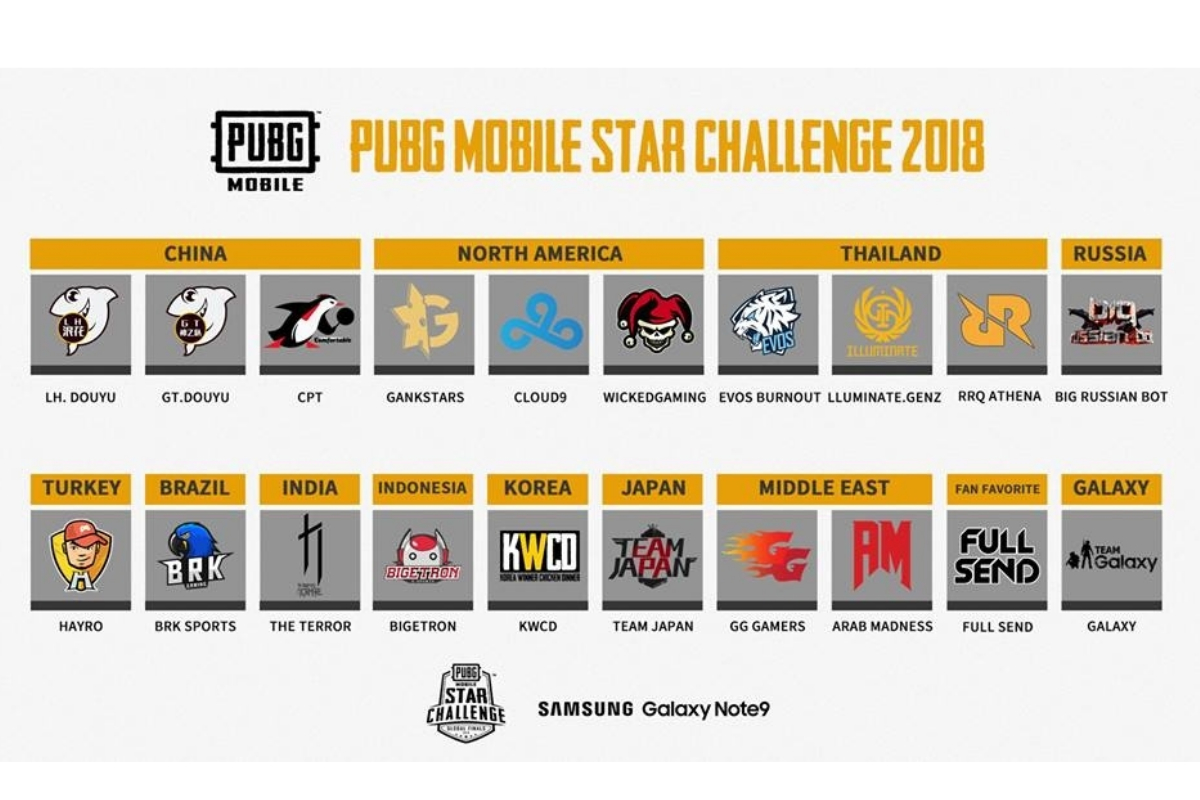 Finals Teams Announced and Include some of the Biggest Names in Esports – Last Call for In-Person Tickets with Access to Festival Arena, Dubai

The participating final team list is now available, and features some of the biggest names in Esports. Fans that cannot make it to Dubai for the amazing finals can view the PMSC 2018 Global Finals via live stream at: https://www.youtube.com/pubgmobile.

PUBG MOBILE STAR CHALLENGE 2018 Global Finals is also offering two interactive areas during the event. A “Game Area” enables walk-in PUBG MOBILE matches with the winners of matches receiving a special gift and a drawing entry. The “Interactive Experience Area” enables participants to earn rewards by engaging in single events or completing all interactive contests in order to earn a stamp. Those that collect all the stamps will receive a unique customized PMSC 2018 Global Finals t-shirt and additional drawing entries. More fun is available in Samsung’s booth as well with walk-in tournament and laser tags.

“We’re only one day out from the start of the hottest PUBG MOBILE tournament of 2018, and are thrilled to present the 20 global finalist teams,” said Vincent Wang, General Manager of Global Publishing Center, Tencent. “There’s some great team names on the final players list, and we’re guaranteed to see some heated matches over the next few days. I encourage fans to purchase tickets while they’re still available so they can be close to the action and participate in our fun interactive events.”

The PUBG MOBILE STAR CHALLENGE 2018 Global Finals are happening November 29 through December 1, 2018 at the Festival Arena in central Dubai.

PUBG MOBILE is based on PlayerUnknown’s Battlegrounds, the original PC and Xbox One phenomenon that took the world of interactive entertainment by storm in 2017. Up to 100 players parachute onto a remote island to battle in a winner-takes-all showdown. Players must locate and scavenge their own weapons, vehicles and supplies, and defeat every player in a visually and tactically rich battleground that forces players into a shrinking play zone.