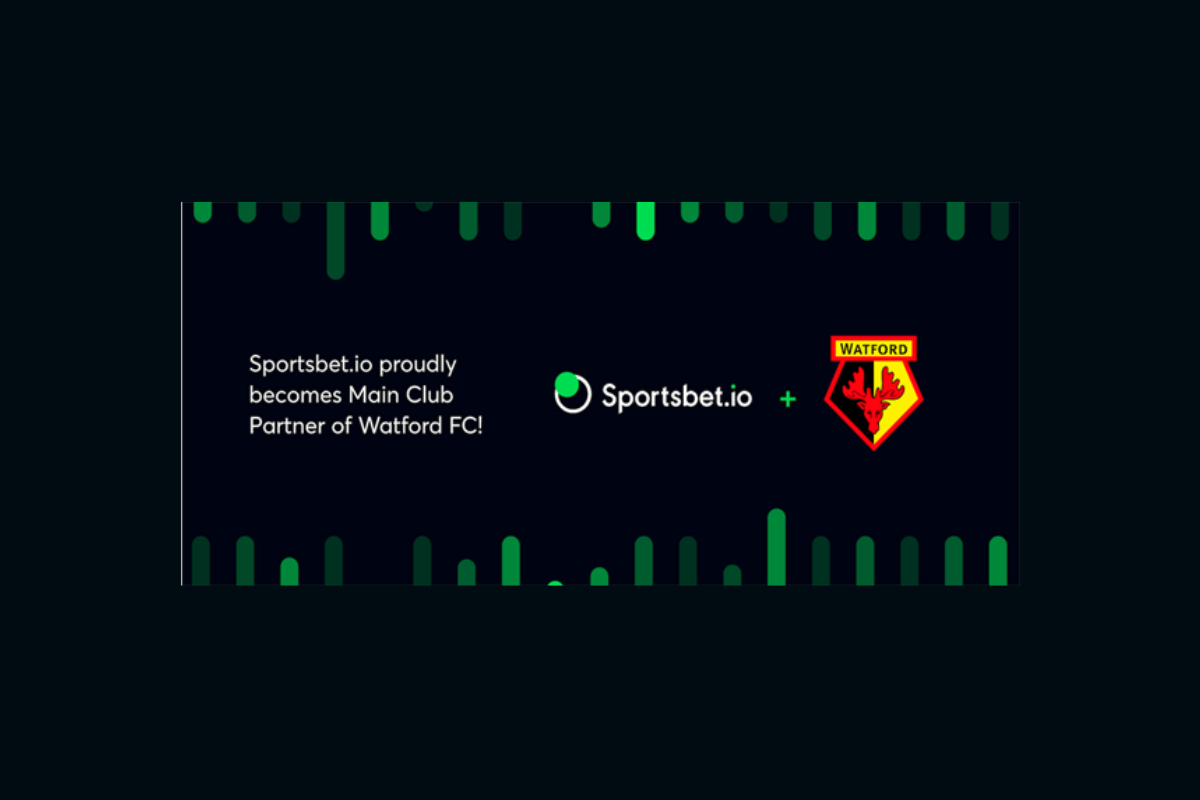 The deal, the likes of which have never been seen before in the cryptocurrency sportsbook world, will see the Sportsbet.io’s logo appear on the front of Watford shirts for the next three years.

Sportsbet.io branding will also feature at Watford’s home ground of Vicarage Road from the start of the new Premier League season, which kicks off on August 10 against Brighton and Hove Albion.

The announcement comes as Sportsbet.io recently celebrated its third birthday, and marks a major step up in its marketing activity. Earlier this month, Sportsbet.io sponsored the CONIFA European Football Cup, which was won in dramatic fashion by South Ossetia.

A video created by the leading online sportsbook called ‘Know No Borders’ has been released celebrating the partnership, Sportsbet.io has also kicked off the first special promo to celebrate the big news.

Justin Le Brocque, Head of Sportsbook Marketing at Sportsbet.io, said: “The Premier League is the most watched sports league in the world, so we are absolutely delighted to announce a major sponsorship deal with one of its most celebrated teams.

“Like Watford, Sportsbet.io knows no borders in its efforts to bring fun, fast and fair entertainment and excellence to a truly global audience. We are both looking to disrupt more established competitors and need to be creative in the way we approach this challenge.

“We share the club’s desire to combine passion and innovation to reach the top, and we look forward to doing everything we can to support Watford next season and beyond.”

Spencer Field, Global Strategy & Partnerships Director of Watford FC, said “This is an important year for the club as we aim to improve on a fantastic season both on and off the pitch in 2018/19.

“Our desire to increase our global reach while continuing to make our fans proud by doing things differently in the Watford way is fully supported by Sportsbet.io. We are thrilled to have found a partner that matches our ethos by looking to disrupt the betting industry and offer their customers a fun, fast and fair experience.”

The partnership, the largest in Watford’s history, will see Sportsbet.io’s branding across Watford FC’s home, away and goalkeeping shirts, as well as training kit for both men’s and ladies’ team.

This historic deal was negotiated and concluded by Samson Sport Consultancy and Kalus Kenny Intelex.

Operated by the Coingaming Group, Sportsbet.io has quickly established itself as one of the most disruptive sports betting brands in the world, offering players a world-class experience and the ability to bet on sports with both traditional local currencies and cryptocurrencies.

Watford F.C. enjoyed a successful 2018/19 under manager Javi Gracia, finishing 11th in the league and reaching the final of the FA Cup.