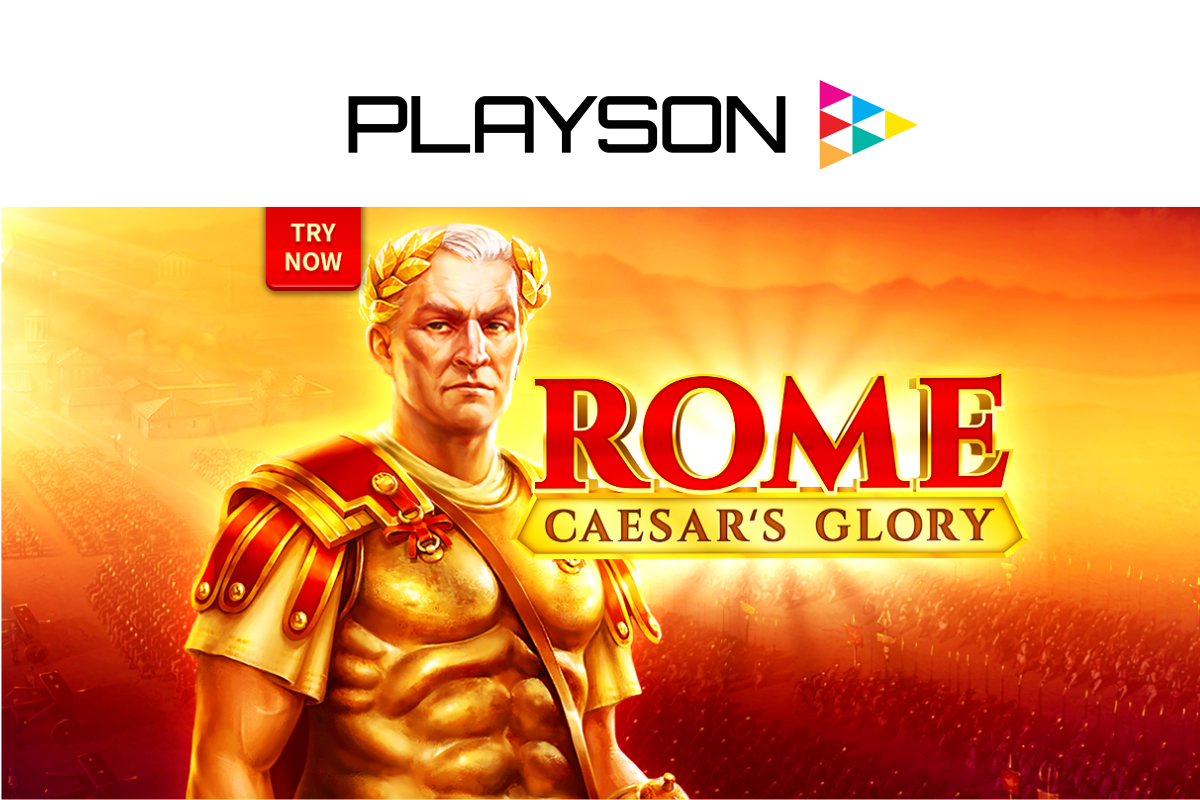 Casino developer Playson has announced the release of its latest slot, Rome: Caesar’s Glory, as part of its expanding games portfolio.

Set on pyramid-style reels, the 64-line slot is themed around Ancient Rome and features the great Caesar as a Wild symbol. Wilds also expand during Free Spins, inspiring players to march down the straight road to Bonus Free spins and big wins.

The game includes an on-screen progress bar which increases when you complete a full reel filled with Wild symbols. When the bar is full, players receive Bonus Free Spins and even more chances to win hidden treasures.

Another exciting feature is that during free spins the reels are flipped giving more starting points for winning lines and increasing a player’s opportunity to win big.

To celebrate the release of the new game, Playson is hosting a big money tournament dedicated to the new slot. The Christmas March is the first phase of the Christmas Story series of network tournaments from Playson, with a prize pool of 20k EUR and runs between 13 – 16 of December.

Vsevolod Lapin, Head of Product at Playson, said: “With its 64 lines, we’re sure that Rome: Caesar’s Glory will be a massive hit with Playson fans on the search for huge wins.

“Our big money tournaments have been incredibly popular and having one dedicated to our new title will really get players excited about the new game and I wish everyone the best of luck in the competition.”