“Will the villain succeed in making off with all the bank’s loot, or will our superhero catch him and send him to jail?Super Boom, the new game from Booming Games takes place in front of the city bank. Our villain has laid 2 bombs at the entrance doors, but will he succeed in exploding them and turning the reels Wild?”, says Shane Cotter, Director of Product.

Greentube’s Home of Games just got even mightier with the arrival of the great goddess Isis and the brand-new Egyptian-themed slot, Ancient Goddess™. This thrilling new title is now available for all B2B partners. The goddess brings luck and fortune in the exciting 20-line, Egyptian-themed slot Ancient Goddess™. This new slot takes players on a journey to a time when gods ruled over the pyramids, and the streets flowed with treasure and gold.

High 5 Games, is taking players to the skies above in Eagles’ Flight, the latest addition to its fast-growing slots library. The 5×4 medium volatility slot, set in the clouds of North America, follows the bald eagle which lands on the reels to reward players with big wins and jackpots. Eagles’ Flight is now available to H5G’s fast-growing network of operator partners through its leading remote game server, High 5 VAULT.

Marking a huge milestone for Nolimit City, Tombstone is the 16th release by the studio, following the successful exclusive timed release on LeoVegas (April 18th to May 1st), Tombstone is now available, live across all partners to enjoy. A game for the thicker skinned, Tombstone can raise the stakes and blow-up a whopping 11,000x win potential, thanks to the ‘xNudge’ feature and its incorporation across the three different bonus rounds found in the game – Justice Spins, Gunslinger Spins and Bounty Spins – will give players one of the most hell-raising experiences Nolimit has ever brought to table.

Invite your players to polish their axes and join a historic raiding party in Viking Voyage – Betsoft Gaming’s suspense-filled, story-driven take on Scandinavian legend. Viking Voyage takes place on the eve of an expedition into uncharted waters. Viking Voyage is built on the latest generation of the cross-platform SHIFT development environment.  Now in its second milestone version, with smart asset and sound quality switching, SHIFT 2.0 guarantees that the same great gameplay reaches players on desktop and mobile with no compromise.

Relax Gaming, has unveiled the latest addition to its popular portfolio of video slots, Caveman Bob. Set in a beautifully crafted ancient world, Caveman Bob is a 5×3 video slot featuring three different environments for players to unlock as they travel from location to location, each with their own unique characteristics. The cave, oasis and mountain stages offer varied levels of volatility and wild features, with Bob’s Wheel of Fortune, the humorous Hand of Bob and Mammoth Re-spins on offer to give players a chance to win up to 500x their original stake.

Habanero is inviting players to add a touch of sparkle to their lives with the release of Magic Oak. Its latest release features a wealth of woodland-themed symbols including a rabbit, boar, owl, fox and squirrel, with wins paid when the same icon appears in blocks rather than lines. A maximum of 16 identical symbols can fill the screen with other wins paid when horizontally and vertically adjacent, while magical wisps appear after spins to make up wilds. Magic Oak is the latest addition to its high-quality portfolio of games, which also includes recent releases Mount Mazuma, 5 Lucky Lions, Hot Hot Fruit, Pumpkin Patch and Jump! 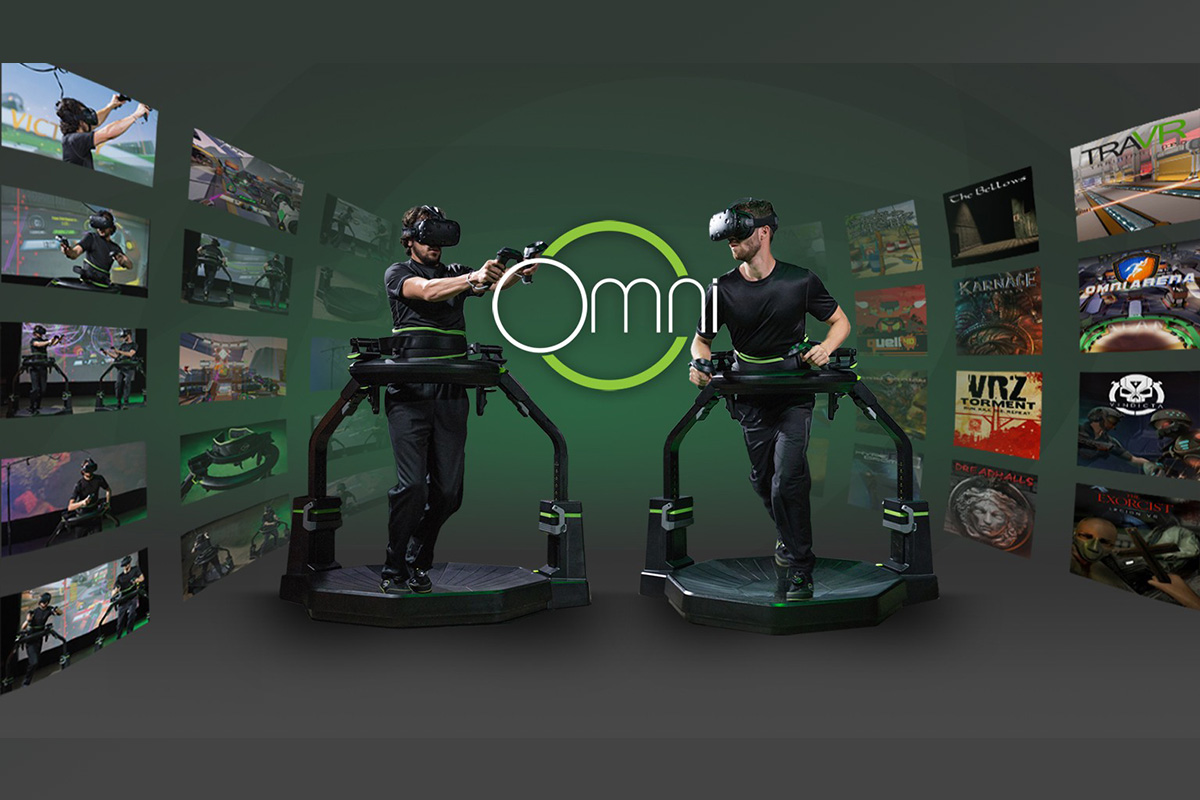 Virtuix, developer of the Omni virtual reality treadmill and Omni Arena, has unveiled “Blackbeard: The Trials of Skull Island,” its latest game for the Omni Arena VR attraction.

The game can be played by up to four people, who will be challenged to take on the role of pirates and work as a team to find treasure and fight enemies as they battle for the top spot on the leaderboard.

Players will go through four separate rounds during the game, including a puzzle challenge where they must work together and a final showdown with the boss. This variety encourages a high level of repeat play.

“Blackbeard is Omni Arena’s most kid-friendly game to date. It’s also a blast for adults and esports players. We designed the game for high repeat play. It’s easy for everyone to play, but thanks to its variety and depth, it’s hard to master. No two rounds are ever the same,” Jan Goetgeluk, founder and CEO of Virtuix, said.

The new game will be a part of Virtuix’s weekly and monthly esports tournaments for the Omni Arena. Teams who reach the top of the world leaderboard will win cash prizes from the $100,000 prize pool, sponsored by Virtuix and HP. 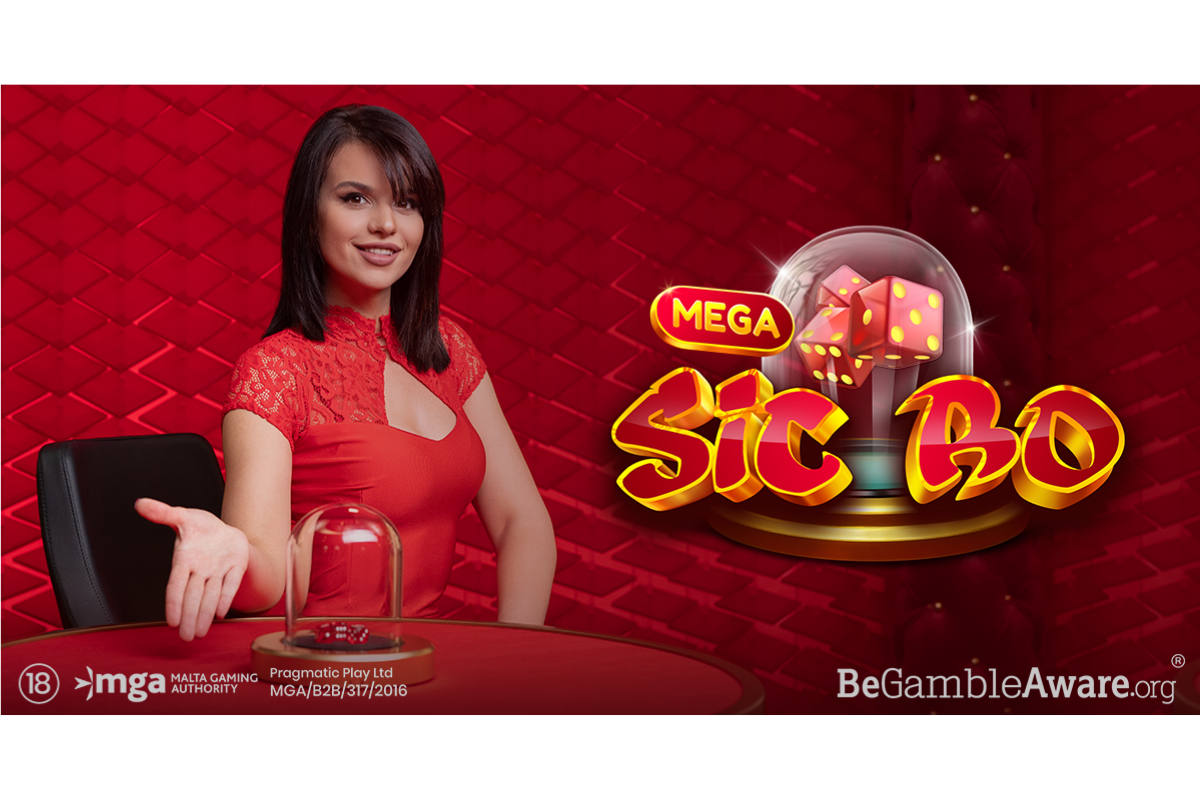 Pragmatic Play, a leading content provider to the gaming industry, brings up their latest Live Casino game, Mega Sic Bo. It is a modern take on an ancient game of chance which involves predicting the outcome of three rolled dice.

Mega Sic Bo has a layout of 52 betting positions, players being able to cover one or more at the same time. Each game round comes with several betting options selected randomly while the standard odds are replaced with “Mega Multipliers” right before showing the result, giving players a chance to win up to x1000 their initial stake. If the bets placed are among the “Mega Lucky Combinations”, players will achieve a “Megawin”. This is the first game in the supplier’s live offering with random “Mega Multipliers”.

Just as the other Live Casino games at Pragmatic Play, Mega Sic Bo will be available 24/7, live-streamed 4K from the supplier’s studio in Bucharest, with HTML5 technology and a luxurious atmosphere.

Lana Bleichyk, Live Casino Operations Manager at Pragmatic Play, said: “Our Live Casino offering showed very impressive results since its launch, and we’re not planning to stop here. Sic Bo is a widely popular game and adding it with “Mega Multipliers” included to our portfolio after the launch of Baccarat turns the corner of our game selection towards a conjunction of cultures and tastes.

We’re sure our customers will encounter fantastic success with the addition of Mega Sic Bo, and players have plenty of winning possibilities. We expect it to stir a lot of appreciation in the industry.”

Pragmatic Play continues to grow its multi-product offering with Live Casino products, up to four new video slots each month, as well as Bingo variants and other games. All products are available through one single API integration. 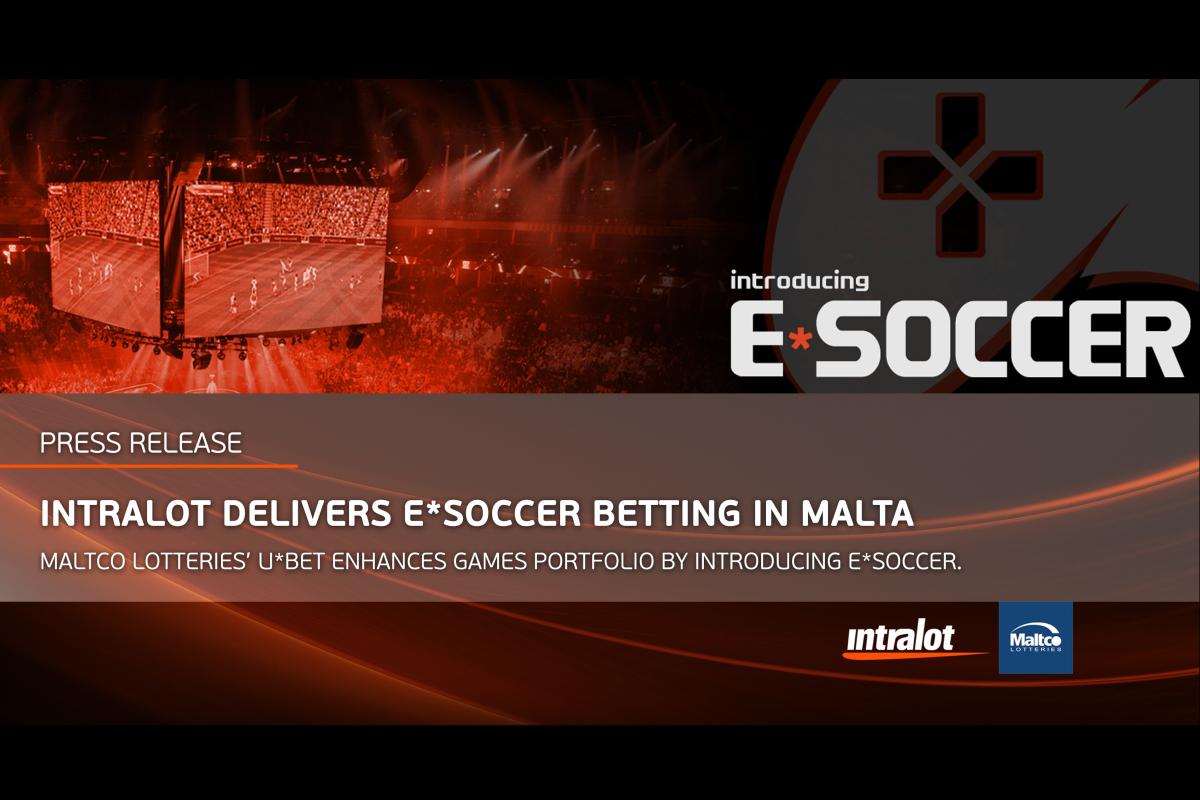 INTRALOT has announced the launch of E*SOCCER betting on its U*BET sportsbook in Malta. E*SOCCER will be available across the retail network of Maltco Lotteries, the Maltese subsidiary of INTRALOT.

Through E*SOCCER, Maltco Lotteries will offer players the opportunity to bet on some of the most popular worldwide electronic football leagues of FIFA20, powered by SPORTRADAR. E*SOCCER is a groundbreaking sport in which authentic players and their respective teams compete for top prizes at the world’s major sports tournaments.

“Maltco Lotteries is always seeking to innovate and differentiate its offering by introducing new games in Malta. INTRALOT has been instrumental in our company’s wide modernization by providing us with next-generation solutions. As the pioneers of betting in Malta and having established U*BET as a leading and trusted brand, it was only natural for Maltco Lotteries to take the next step and expand its sports offering with electronic leagues. Our aim is to offer E*SOCCER players with a comprehensive betting option that features a simple participation method, and to responsibly enhance their player experience,” Vasileios Kasiotakis, CEO of Maltco Lotteries, said.

“We are proud to see Maltco Lotteries at the forefront of retail transformation elevating the digital experience of players. INTRALOT has built upon a broad portfolio of next-generation solutions and operational expertise across verticals that enable lottery and gaming operators to forge new opportunities in unprecedented times and drive growth,” Dr. Chris Dimitriadis, CEO of INTRALOT Group, said.