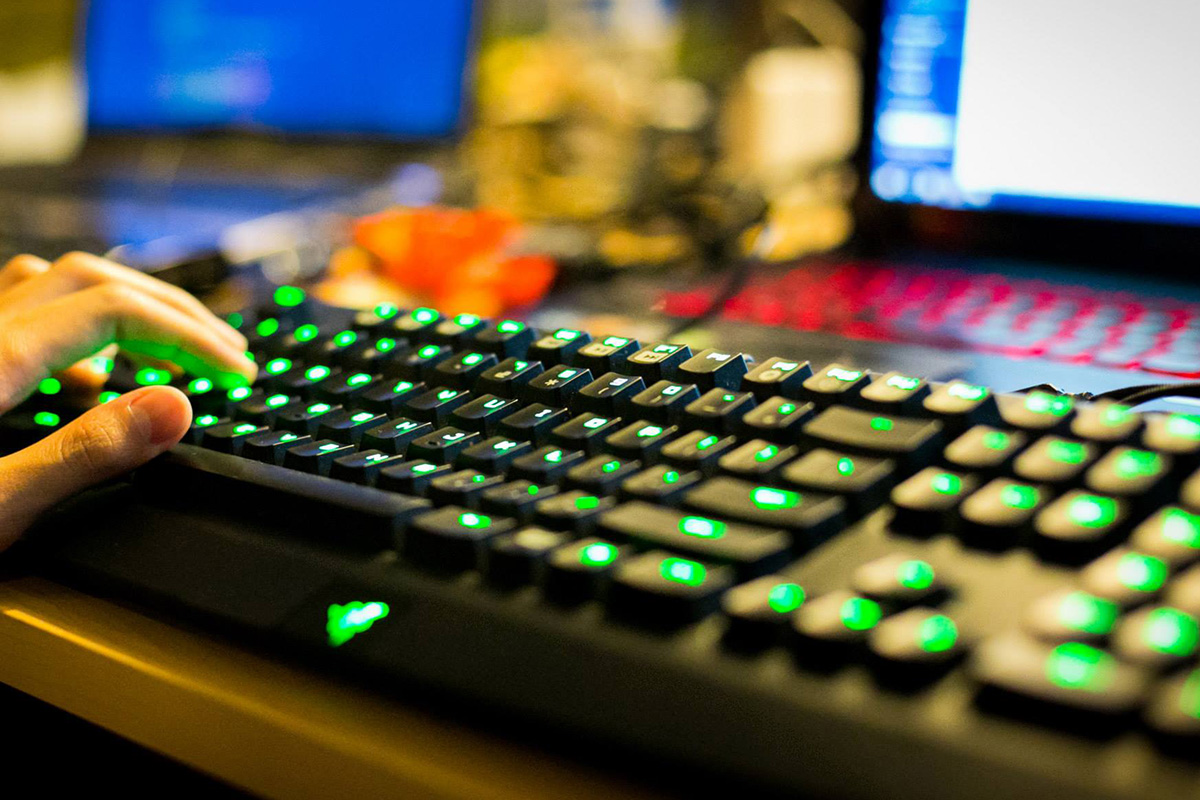 3D rendered images form a pivotal part of everyday processes of late. Whether it is an animated television show, visuals in magazines, the towering billboards across the roadsides or even social media visuals, 3D rendered images are an integral part of most visual content.

3D rendered images are usually photorealistic and involve a series of processes that begin with 3D modeling and conclude with a 2D image simulating a photograph. Since 3D rendering is a complex and considerably technical process, these types of images have historically been limited to large corporations with adequate resources, both in terms of software and skilled workforce.

3D rendering refers to the creation of a photorealistic image from a model, through the use of software. 3D rendering is used extensively across industries like gaming, architecture, media, visual effects, simulations, etc. due to their burgeoning requirements for thorough product development.

As technology progresses, rendering algorithms and hardware accelerations are transforming at a rapid pace, making the technology stronger than ever. This, combined with the availability of high-end engineering workstations at economical price points, is spreading the popularity of 3d rendering far and wide.

FluidRay, SolidWorks, V-Ray, 3Delight and Autodesk are some of the most prominent 3D rendering software solutions at present.

Real-time rendering and its impact on animation and gaming

3D rendering demonstrates significant potential for application in the media, entertainment and gaming industries, which witness strong demand for high-definition 3D graphics and animations rendered into visual or 2D models. 3D modeling technologies are adopted widely for the development of applications such as movies, illustrations and video games, among others.

3D rendering can be categorized into two broad segments; real-time or online rendering and pre-rendering or offline rendering. Of these, real-time rendering has gained tremendous acceptance from the gaming industry, where the creation of realistic scenarios and eye-catching graphics reigns supreme.

For instance, Unity Technologies’ interactive story game, Book of the Dead demonstrates the immense proficiency of their new Unity 2018 Scriptable Render Pipeline, augmenting the customizability of the rendering architecture in addition to granting developers more control. The secret behind the strikingly lifelike graphics is the Unity Demo Team’s usage of real-time environmental assets, by scanning real-world objects and textures. (Source: Unity Technologies)

Architectural visualization is a boon to the construction industry

The construction industry is likely to gain considerable traction in the overall 3D rendering industry. This growth is largely attributable to the proliferating demand for real-time and virtualized design and planning experience.

3D rendering, also known as architectural visualization, gives designers, architects and 3D artists the tools they need to develop 3D designs in real time and glean an in-depth view of the quantitative and qualitative aspects of the project being designed.

The technology also serves as a lucrative modeling tool for planning consultants and designers, giving them the chance to gain quick feedback and make the desired changes instantly.

Recently, graphic card producer AMD has introduced the AMD Radeon™ Pro W5700, the first 7nm professional PC workstation graphic card in the world. The card is designed specifically for architects, engineers and 3D designers, to enable them to visualize, appraise and interact with their creations in real time, thereby speeding up product development and decision-making processes to a great extent.

3D rendering software services are quickly becoming an integral part of product design and modeling services. Used broadly in the consumer electronics market, for promotional activities, they give organizations the ability to develop 3D models of their product, in turn allowing consumers to interact with the product in the virtual space.

3D rendering also gives product manufacturers the freedom to unleash their creativity in the form of striking visuals for advertisements that showcase all the features and capabilities of their product.

Product engineers and designers generally use 3D rendering during several stages of the product development cycle; typically during the concept development phase to facilitate buy-in and at a later stage following the completion of 3D CAD models to add visual assets that will help promote and sell the final product.

Prototype creation can be sped up significantly by using 3D rendering technology. The initial prototype development stage usually involves the use of a 3D rendered image, which is immensely advantageous for marketing, allowing enterprises to develop prototypes quickly and utilize them for early pre-release promotional campaigns.

An example of this would be renowned apparel brand Tommy Hilfiger, which has recently announced the integration of 3D technology into its apparel design teams across the globe, with their Spring 2022 collection slated to be the first to be designed entirely through Tommy Hilfiger’s exclusive 3D design platform. According to company sources, the incorporation of 3D into their design process will soon replace conventional product photography completely and enable the company to cater to consumer demands at an accelerated rate and in a more sustainable fashion. (Source: Yahoo Finance) 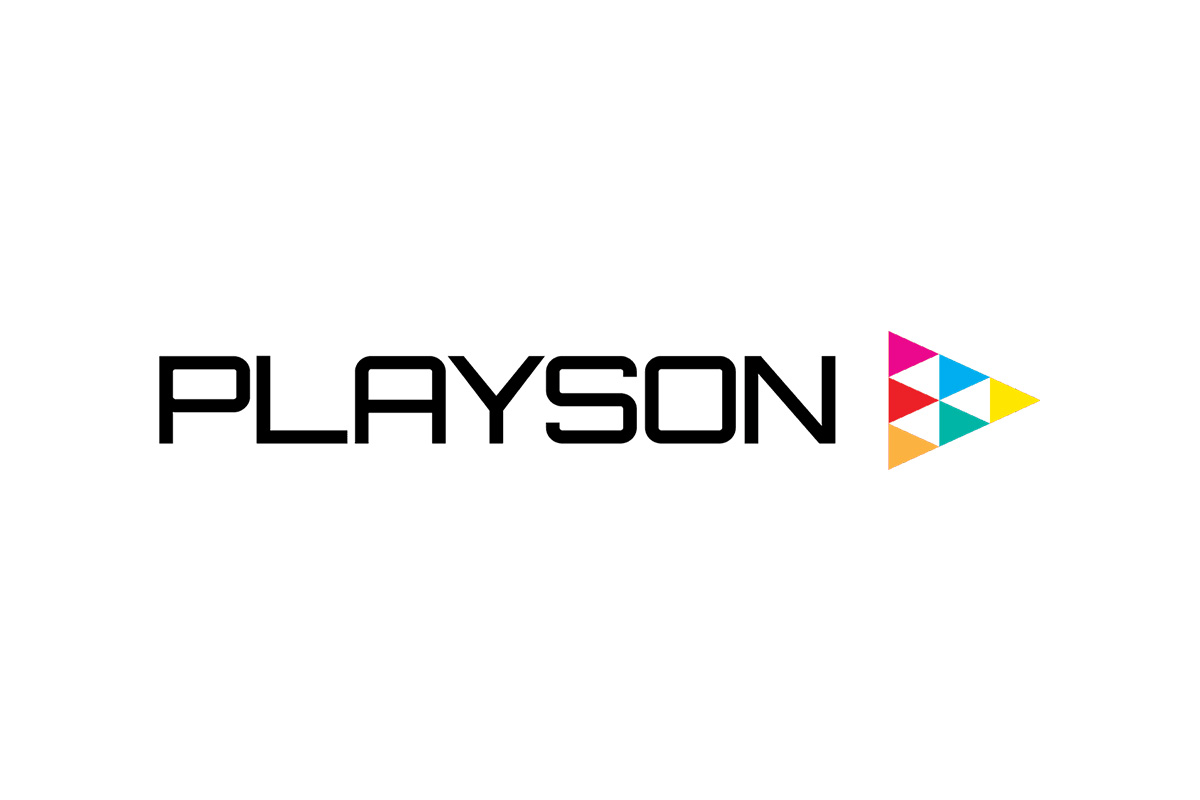 This year was the company’s busiest ICE yet, with 85 pre-scheduled appointments and more than a dozen on the spot meetings each day at February’s massive event held at ExCel London.

The Playson stand at ICE welcomed over 1000 delegates including several of the trade news media, all eager to learn about the exciting products. The supplier’s impressive range of engagement tools were on display along with its ever-burgeoning slot portfolio, which includes hits such as Fruit Xtreme and Red Chilli Wins.

Playson also hosted its ICE London 2020 Tournament, with a new game Playson game featured every day at the stand and one lucky player taking home a set of Apple AirPods every day.

“This year’s ICE London 2020 was a huge success and our stand was a hive of activity for the whole event. We look forward to next year which will see us returning bigger and better than ever!” Alex Ivshin, CEO of Playson, said. 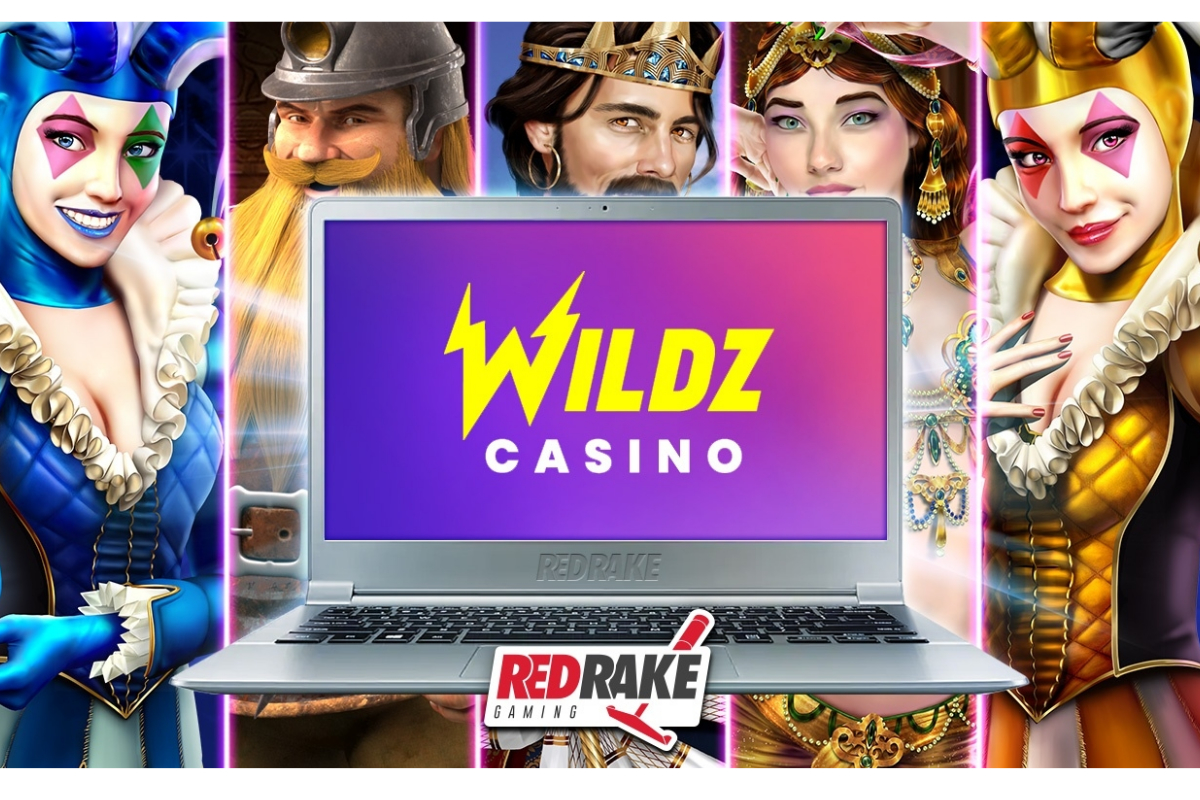 Wildz Online Casino, launched in 2019, has grown at an incredible rate since its inception and has clearly resonated with its target markets through its focus on delivering the best player experience and rich content offering. By building its foundations on new technology, it delivers speedy response rates and real-time rewards for its players which has resulted in tremendous growth across multiple markets.

The partnership will see Wildz Online Casino accessing all the top performing games delivered by Red Rake Gaming to its players including key titles such as Super12Stars, which is an action packed slot with multiple feature and bonus rounds, Tiger & Dragon – the slot that give players 1 million ways to win – and the cluster slot, Gustav Minebuster, giving players the chance to win 20000x.

Nick Barr, Managing Director for Red Rake’s Malta operations, commented on this partnership, saying: “We are thrilled to be working with the Wildz team and it’s incredible to see what they have achieved in such a short period of time. We are very much looking forward to being a part of their continued growth and delivery of an industry leading casino”.

Tony Kjaldstrom, COO at Rootz comment: “We are pleased to join forces with Red Rake Gaming to offer their game lineup at Wildz Online Casino. Red Rake Gaming delivers quality titles that will be a welcome addition to our casino. In particular, the replay feature on Red Rake’s titles will be sure to generate interest, especially among seasoned casino players. However, more important than these extra features is the overall quality of the games themselves. In that regard, Red Rake Gaming absolutely delivers. Welcome aboard!”. 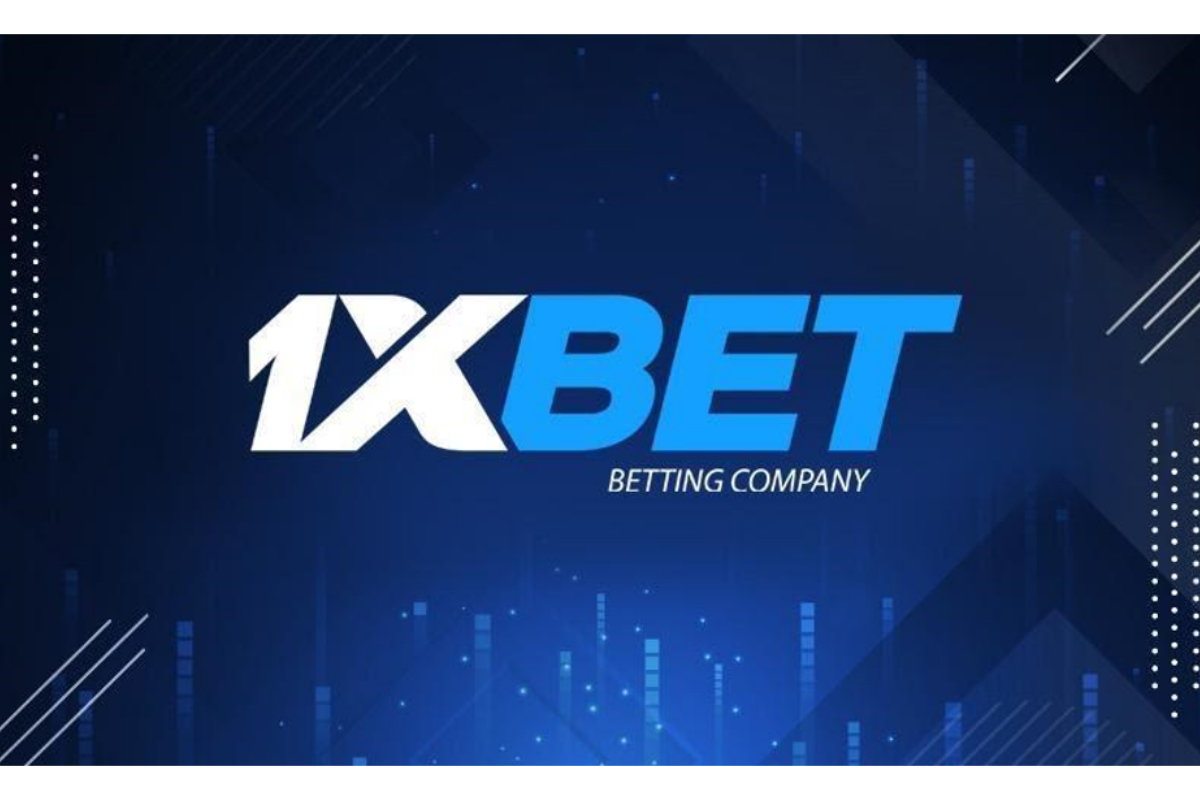 Hundreds of unique competitions are presented in the line and live of this trusted betting company. And what is more, traditionally you receive particularly high odds with your bets. Live cricket online free – 1xBet is a good opportunity not only to follow the competitions, but also to earn on them.

In the company you will be able to make forecasts not only for popular tournaments, but also for meetings at the local level. The brand pays attention to a great range of tournaments, which will allow you to place bets on exactly what you are really interested in. Note that all data on the course of events is updated in live. Thanks to this, you can keep abreast of the latest news and quickly respond to all changes.

As for live cricket online free – 1xBet, it involves dozens of options for the outcome of the confrontations. This will allow you to make money on something that until recently was just a hobby for you.

It will be possible to withdraw winnings using popular payment systems. For example, these are the ones that are used on the website of this company:
1. Visa.
2. Mastercard.
3. Skrill.
4. Neteller.
5. Bitcoin.

To collect your money, go to https://1xbet.com, then to your personal account and select the preferred payment system there. After that, the system processes the request, and you can withdraw your funds.

Live greyhound racing on the company’s website
One of the main advantages of the presented brand is a wide line of events. For example, it pays attention not only to popular disciplines like football, hockey, tennis, but also to competitions that are rarely found among its rivals. These are some of them: water polo, trotting, darts.

The live greyhound racing on www.1xbet.com is also available. This is your great opportunity to earn money on exciting competitions that take place around the world. And what is more, they are accompanied by very good odds. As a result, it is enough to make a correct prediction in order to hit the big jackpot.
You can check the status of your balance in your personal account. It contains information on your financial success. Such data is especially important for those who want to make betting not just their hobby, but a reliable source of income.

Live greyhound racing on a trusted platform is becoming more and more popular. If you also want to make money on it, then register on the site of this reliable bookmaker and make a deposit using one of the available payment systems.