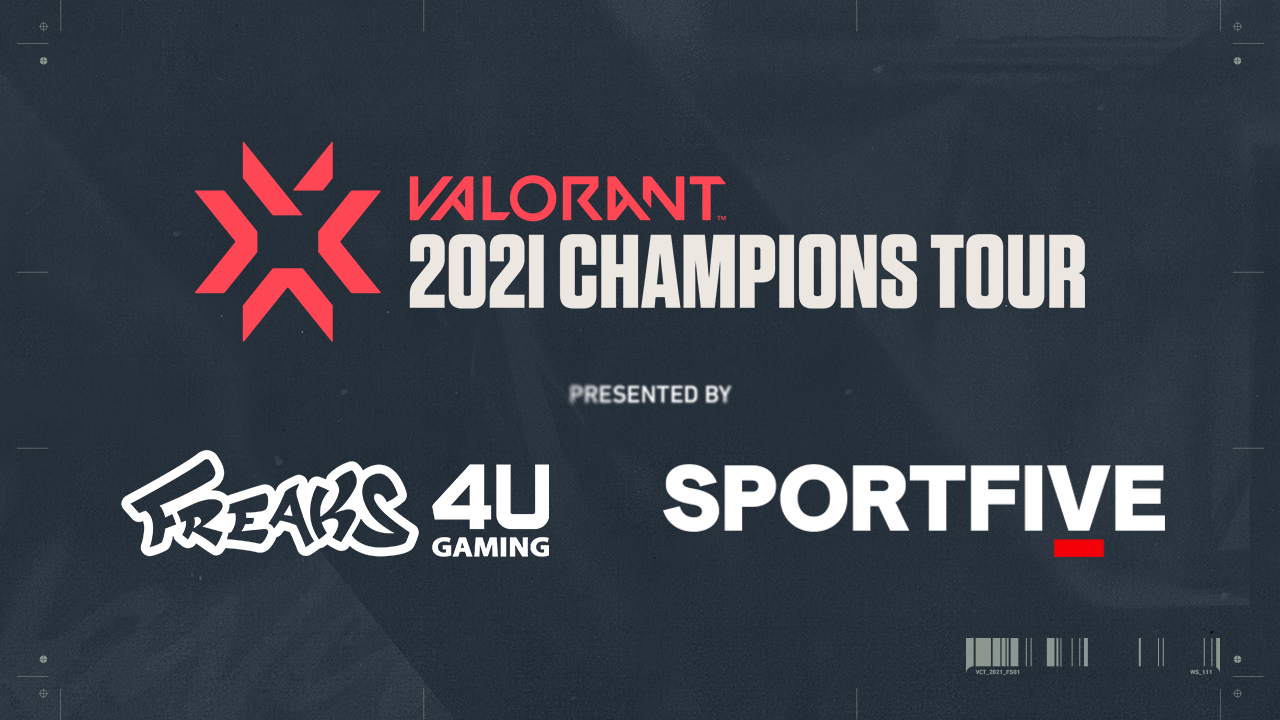 Riot Games and Freaks 4U Gaming have agreed to a partnership for the tournament organization and broadcasting of the 2021 VALORANT Champions Tour. SPORTFIVE complements the partnership as a comprehensive marketing partner for the Challengers, Challenger Finals and Last Chance Qualifiers in Europe, CIS countries and Turkey.

Esports publisher Riot Games, Freaks 4U Gaming, one of the leading esports content creators worldwide, and global sports business agency SPORTFIVE have joined forces to establish and commercialize the first edition of the VALORANT Champions Tour in Europe, the Commonwealth of Independent States (CIS), and Turkey.

Last November, Riot Games announced the 2021 VALORANT Champions Tour as a global competitive gaming ecosystem with the goal of making VALORANT the next big cross-generational esports title.
For broadcasting and tournament organization in Europe, CIS countries, and Turkey, Riot Games has secured the full expertise of Freaks 4U Gaming, building upon their existing League of Legends collaboration in the German speaking markets. As well as producing the main broadcasts in each territory, Freaks 4U Gaming will also localize the broadcasts in German (via Agent’s Range) and French (via 1PV).

To ensure the best possible coverage on the marketing side, SPORTFIVE complements the strategic collaboration to acquire potent partners for the 2021 VALORANT Challengers, Challenger Finals and Last Chance Qualifiers in Europe, CIS countries and Turkey together with Freaks 4U Gaming as a co-commercialization partner.

Daniel Ringland, Head of VALORANT Esports for Europe and MENA at Riot Games, said:
“We couldn’t be more excited to launch our partnership with Freaks 4U Gaming and SPORTFIVE to bring the future of VALORANT esports to Europe, Turkey, and the CIS. Both companies bring a wealth of experience, expertise, and enthusiasm to the table and I’m confident that together we will build something fans love.”

Michael Haenisch, CEO at Freaks 4U Gaming, said:
”We are thrilled to expand our partnership with Riot Games and to closely collaborate on the creation of the VALORANT esports eco-system by producing and broadcasting the 2021 VALORANT Champions Tour in Europe, CIS and Turkey. Together with Riot Games and SPORTFIVE, we aim to build a sustainable foundation for VALORANT esports by establishing meaningful brand partnerships leading to a great player and viewer experience.”

Thomas Ottl, Executive Director Global Esports at SPORTFIVE, added:
“Being responsible for the marketing mandate for one of the hottest esports titles of the upcoming years is a tremendous pleasure for us. With our expertise and our global sales force, we’re excited to open up a unique opportunity for brands to become a top-tier partner. Furthermore, to enlarge our portfolio within our partnership with Freaks 4U Gaming and Riot Games makes us excited and is a great next step in our relationship.”

The three Regional Challengers and the Masters will be played entirely online with top matches streamed on the respective Twitch and YouTube streams.

Soft2Bet puts on a show with Winota