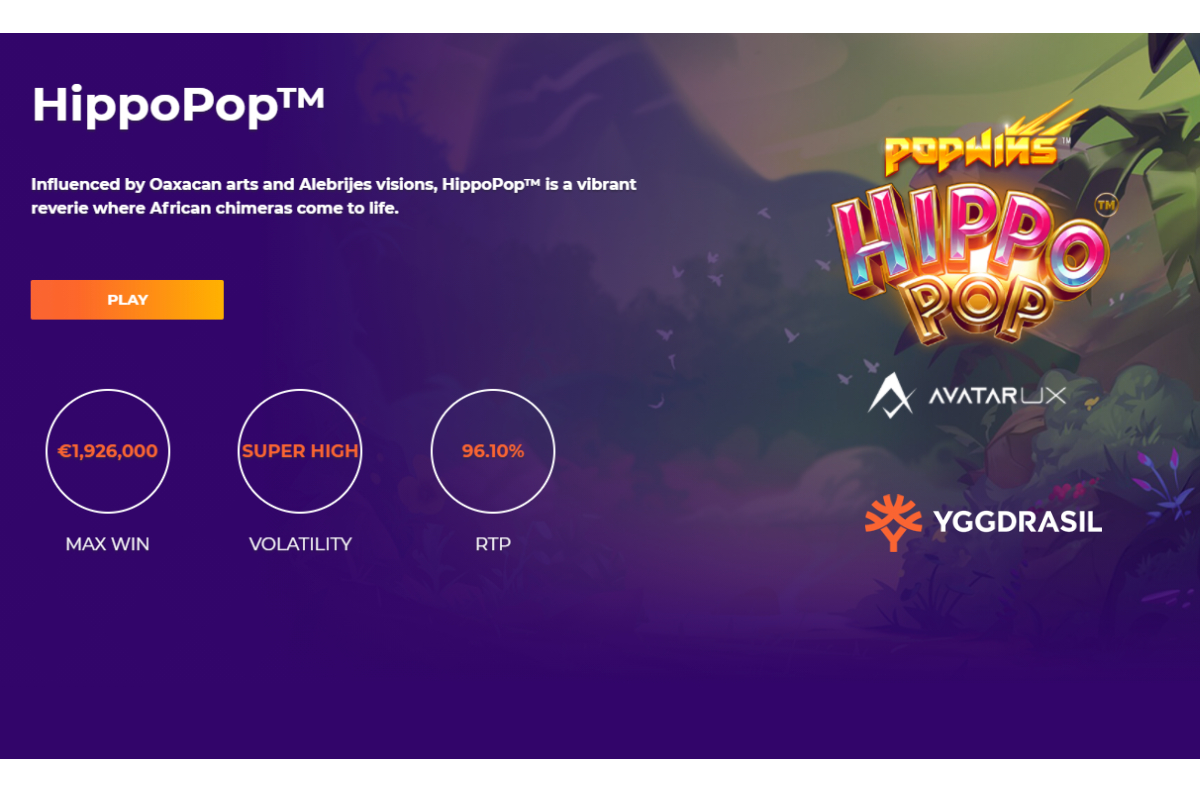 Set deep within a rich jungle, the slot features the popular PopWins™ mechanic which sees winning combinations pop, with each pop creating two new symbols, leading to increased chances of multiple wins. The power of PopWins™ can expand the rows of the game from five to eight, increasing the ways to win to 65,536.

HippoPop™ also comes with an abundance of thrilling features, such as multipliers, Hippo Payouts and the Free Spin Bonus Wheel.

Increasing the reels to six symbols high in the base game triggers free spins where players are presented with a colourful bonus wheel for a chance to collect even more spins than the five always awarded. The feature starts with the final multiplier carried over from the base game and each winning pop-round in free spins increases the multiplier by one after the wins are paid.

Landing golden Hippo symbols during free spins will increase the payout with up to 4x the base value for the rest of the round. As well Hippo symbols, the game features pink flamingos, green panthers, zebras, frogs, toucans and fish.

HippoPop™ is the sixth edition to AvatarUX’s PopWins™ series which has been proved popular with players around the globe and gained a huge fan base.

The game is released via the YG Masters program and is powered by GATI, Yggdrasil’s state-of-the-art technology which enables partners to employ the preconfigured, regulation-ready, standardised development toolkit to produce consistently cutting-edge content followed by rapid distribution.

Stuart McCarthy, Head of Partner Programs at Yggdrasil, said: “AvatarUX’s PopWins™ content has been a huge success and the titles were some of our top-performers last year with players really enjoying the mechanics that offer an element of daring and excitement.

“HippoPop™ is another smashing hit in the PopWins™ series with a unique theme and exciting features that will have players entertained as they spin the reels to unlock the game’s powerful payout potential.”

Marcus Honney, Managing Director at AvatarUX, said: “Along with a feelgood summer vibe and HippoPop™’s quirky theme, it is also fused with advanced slot mechanics to create one of the smartest and most fun games of the year.

“The fusion of epic themes and powerful bonus mechanics, makes HippoPop™ a must have slot for online casinos looking to deliver in-demand games.”