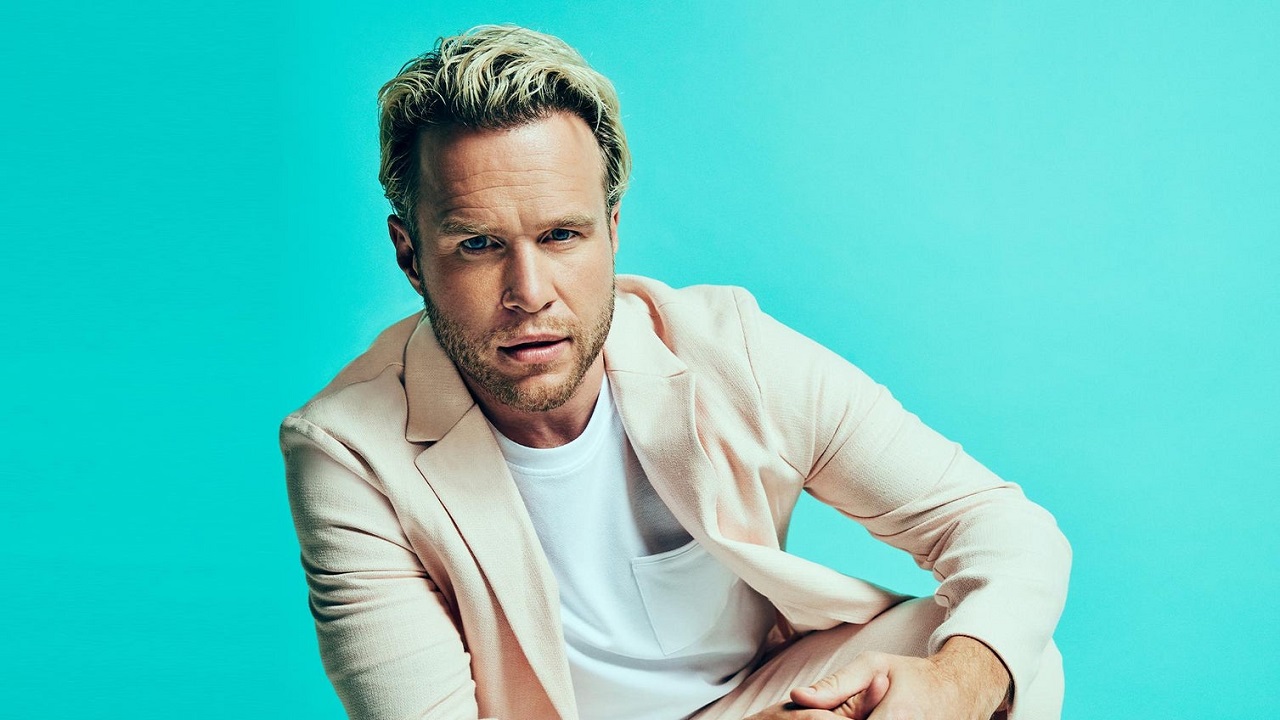 Singer-songwriter named as the brand ambassador for Heart Bingo as part of the brand’s relaunch under Gibraltar-based online gambling company, and B2B solutions provider BetVictor.

Olly Murs first came to the public’s attention in 2009 after finishing runner up in the X-Factor and has since enjoyed a hugely successful career in music and beyond, recording several UK number one hits including ‘Heart Skips a Beat’ and ‘Troublemaker’ and four number 1 multi-platinum selling albums during his 12 year career in the music industry.

The singer-songwriter and presenter is set to become the new face and voice of Heart Bingo, promoting the brand on billboards, online ads, radio ads, and with shared posts to his 4.1M Facebook and 3.6M Instagram followers.

“I’m delighted to be working with Heart Bingo. I have very fond memories of taking my nanna to Bingo in my early twenties, and always admired the joy & community spirit around it. I’m looking forward to meeting the ‘Hearties’ and turning up the feel good at the official home of feel good bingo.”, said Olly Murs.

The partnership will also include video content and personalised messages for players at Heart Bingo, along with competitions to win tickets to his shows, meet-and-greets, and an exclusive branded Olly Murs Slot game and Bingo Room.

Turlough Lally, Director of eGaming at Heart Bingo said of the partnership, “We are thrilled to have Olly Murs on board. He’s the perfect fit, and really turns up the feel good for Heart Bingo. We can’t wait for him to meet, and get to know, our Heart Bingo Community”

VALORANT tournament Spike Nations returns with €60,000 to be donated to charity by Riot Games 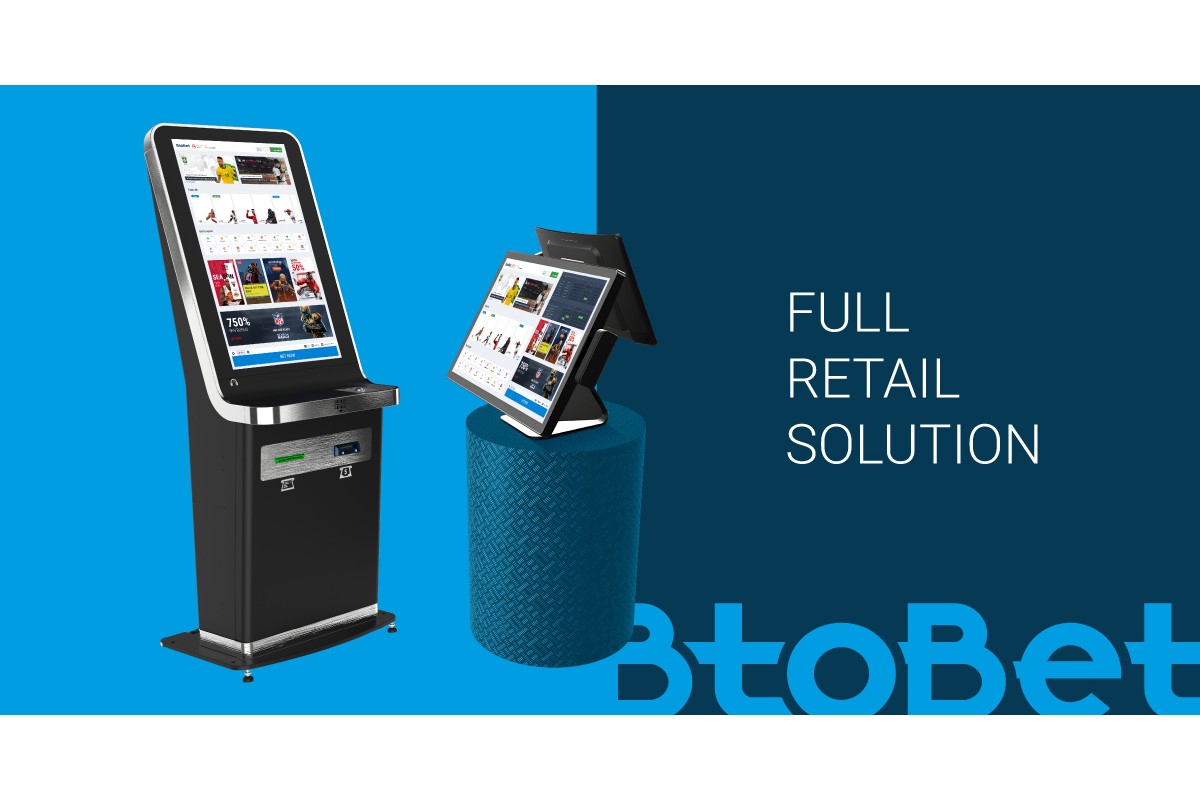 BtoBet, the leading provider of interconnected omni-channel sports betting solutions, has ramped up its Self-Service Betting Terminal (SSBT) and Over The Counter (OTC) solution, with the systems being showcased at the company’s stand at ICE London, N5-150, to be added to its currently available retail solution, that is already live in multiple markets.

An expansion of its GLI-33 certified sports betting Neuron 3 platform, the new retail solutions were built for mature markets such as Europe and the North American market, and will connect land-based estates seamlessly to any online operation.

The introduction of the new OTC solution, with its advanced user account management and ability to control the odds displayed in multiple TV devices provides operators with a complete retail sportsbook solution, enabling them to deliver a superior betting experience.

All the bets placed on both the SSBT and OTC are visible in the dedicated back-office via a detailed reporting system, enabling managers to have a complete overview of their betting operations, thus ensuring a highly competitive retail sportsbook.

Dima Reiderman, Managing Director at BtoBet said: “BtoBet’s new retail solutions have been the culmination of a lot of hard work to get our retail proposition into a strong place. The company combines best-in-class technology with human technical expertise to deliver a fully customizable retail operation. The solutions are not solely aimed for those bookmakers with a retail network, but even for casino operators which can now offer their own sportsbook and control their brand and player experience, seamlessly cross-promote and drive revenues across their entire business.

“Our aim is to be the first-shop-stop for operators looking for a quality, flexible, and superior sportsbook performance, whether online or retail. We constantly seek to support our operator partners drive incremental revenues and we’re confident that our premium retail solutions, with their heightened functionality, will help that further.”

Visit BtoBet at stand N5-150 for a detailed demonstration of its new retail solutions. 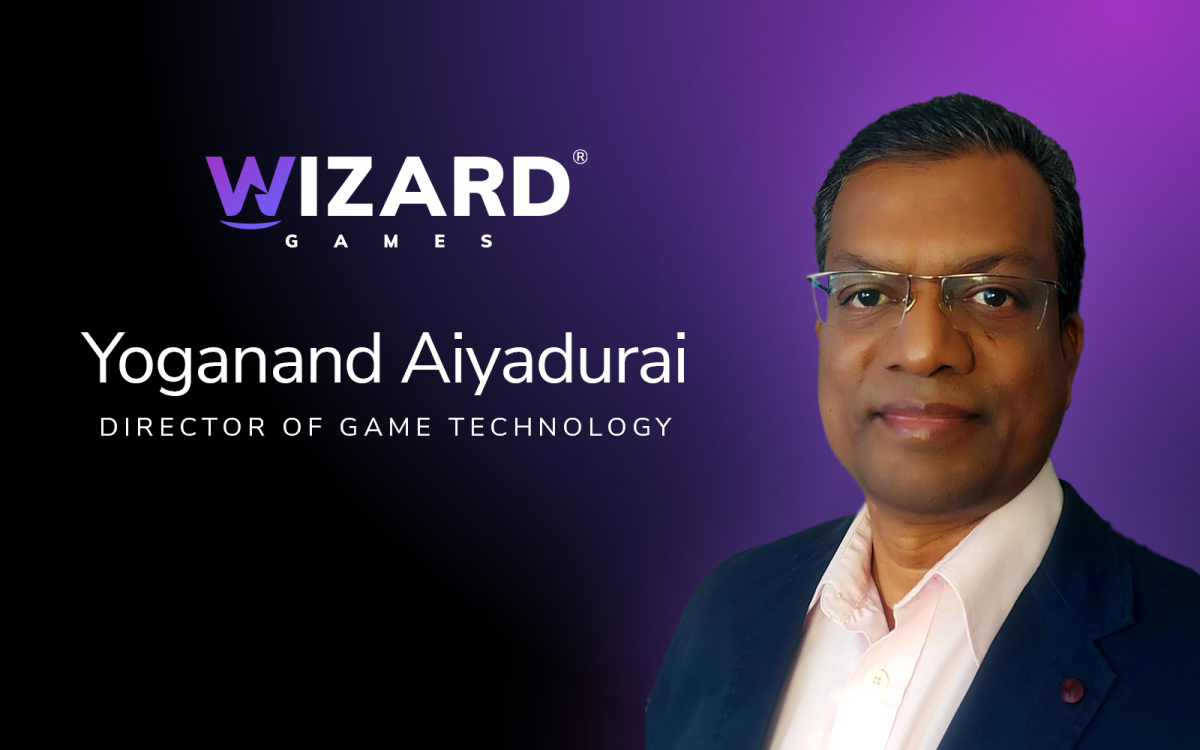 NeoGames S.A subsidiary Wizard Games has appointed Yoganand Aiyadurai as Director of Game Technology as it continues to bolster its senior leadership team.

Aiyadurai boasts a wealth of experience across software engineering roles in a career spanning more than 28 years, including 21 years with Derivco, part of the Microgaming Group now Games Global.

Among his responsibilities at Wizard Games will be overseeing the research and development department at the studio, as well as continuing to develop and expand the provider’s IT infrastructure to enable production demand.

In addition, he will be responsible for overseeing market planning and trends, working closely with other senior employees at Wizard Games.

It marks the latest major hire by the supplier, having appointed Simon Jagdhar as Director of Game Studio in November 2022, as it continues to expand its footprint in key regulated markets.

Joey Hurtado, Managing Director at Wizard Games, said: “We are delighted to welcome Yoganand to the growing team here at Wizard Games. We’re continuing to go from strength to strength, and someone of his calibre will allow us to scale new heights.

“We’re always striving to hire the best talent to join our team, and this reaffirms our commitment to excellence, which can be found at every layer of our business.”

Yoganand Aiyadurai, Director of Game Technology at Wizard Games, said: “I’m thrilled to be joining Wizard Games as it continues to make huge leaps in the industry.

“With a fantastic roadmap of content, and countless new partnerships on the horizon, it is an exciting time to be joining the team, and I look forward to helping us take the next step.”

Betsoft has released Hearts Desire, a brand new slot with an amorous spin on the classic fruit machine. True love lasts forever, so get ready to fall in love with slots all over again in this fantastical five reels, 30 paylines classic release. Packed with features, Hearts Desire gives Stacked Mystery Reels and a Multiplier Scatter in the unique Free Spins round

The well-known bullfighter and media personality from Cádiz, Canales Rivera, makes his debut as the protagonist in the new instalment from MGA Games. “Canales Rivera La Feria de Abril” is a 3-reel slot game equipped with the latest technology that offers players a walk through the most famous fair in Andalusia in the company of a bullfighter.

Spinomenal, has released an all new, spellbinding instalment to the Book of Baba Yaga series, as part of the ever-expanding Spinomenal Universe. Book Of Baba Yaga – Winter Spell is the perfect follow up to match the current Winter season, promising to be more rewarding than ever. Following the success of the original version, the mystical Book of Baba Yaga has returned to screens in a new form.

Yggdrasil, the leading worldwide publisher of online gambling content, has rolled out a cyberpunk crime caper in its latest release, Neon Villains DoubleMax™. Always a favourite amongst players, the heist theme delivers a feeling of thrill and excitement that quite simply can’t be matched!

ELA Games, launched a new game called “Wild Piranha” which takes players through the winding rivers of South America, in search of many hidden treasures. This high-volatility title depicts an animated waterfall full of colourful creatures such as a piranha, wild fish as well as an array of vivid symbols that award players handsomely when landing on the reels.

Get ready to ignite the western frontier with Chilli Bandits, the latest slot game from Slotmill. This spicy video slot stars “Chilli the Kid”, “Belle Pepperr”, and “Clint Heatwood”! Join the Chilli Bandits as you spin the reels and watch the stacked Chilli wilds bring extra excitement to your game. These special symbols have the power to double your ways, split into multiple symbols and reveal mystery symbols thereby increasing the chances of hitting big wins!

Swintt is inviting players to brave the icy winter weather and join them for another unforgettable slot adventure in Bloxx Arctic – a brand-new release in the studio’s Premium range that features Free Spins and special Bloxx bonuses. Played out across a 5×3 reel set that includes 30 fixed paylines, Bloxx Arctic sees players venture to the globe’s polar region to unearth prizes of up to 3,500x their stake.

Slot fans can get their teeth stuck into action-packed adventure Crazy Crocs, the latest feature-filled game from Reevo, that awards Wild upgrades, Multipliers, Cash Spins and incredible surprises. Players take on the role of a fearless hunter and travel through treacherous swamps using boomerangs, boosters, knives and rifles to hunt for golden crocodile eggs and big wins in one of the standout titles of this beginning of year.

At the heart of an ancient temple treasures lie in wait as Play’n GO write a new legend into their portfolio of premium slots with their latest release, Legacy of Inca. An easy-to-follow game that will appeal to both newcomers to slots and enthusiasts alike, Legacy of Inca sees the return of the Wheel of the Gods feature which can be found in the titles mentioned previously. But there’s a twist.

RubyPlay announced that it has built and launched a custom, bespoke football-themed slot for Holland Casino Online. Eredivisie Goal Collect has been designed to be innovative and intuitive so that players can immerse themselves in the action from the very first spin, including picking their favourite Eredivisie team to represent the Wild symbols in the game.

Pragmatic Play, a leading content provider to the iGaming industry, has reimagined the infamous adventurers of Sherwood Forest in the latest release, Fire Archer™. Money pouches, beer and feathered hats make up the symbols of this 5×5 release, which is home to 25 paylines. Players will need to create matching combinations of these symbols to be awarded a win.

Playson, has released Bozo Cats – a 3×5 slot featuring an interactive Free Spins mode with Sticky Wilds as its main feature. The latest addition to Playson’s portfolio of high-quality online casino games is centred around the lives of furry friends, who scour the streets in search of Golden Scatter symbols and Wilds to reward players.

“Autobahn Automat”, the latest Premium Series slot from German company Hölle Games, is now available in MGA territories. As the title suggests, the Berlin-based start-up went with a distinctive style in their new, 5×3 Hold & Win slot – the German Autobahn! This is a legendary icon both in and out of the country, and a unique theme that hasn’t received much attention in the slot industry – until now.

PopOK Gaming is excited to announce the release of its bold and sensual new video slot, Hot Angels. This game intrigues slot lovers with its stunning visuals and breathtaking wins. With its seductive design and attractive features, Hot Angels will provide players with a unique form of entertainment. The slot features Respins in the main game, but there is also a Free Spins round during which the mystery lady joins the adventure.