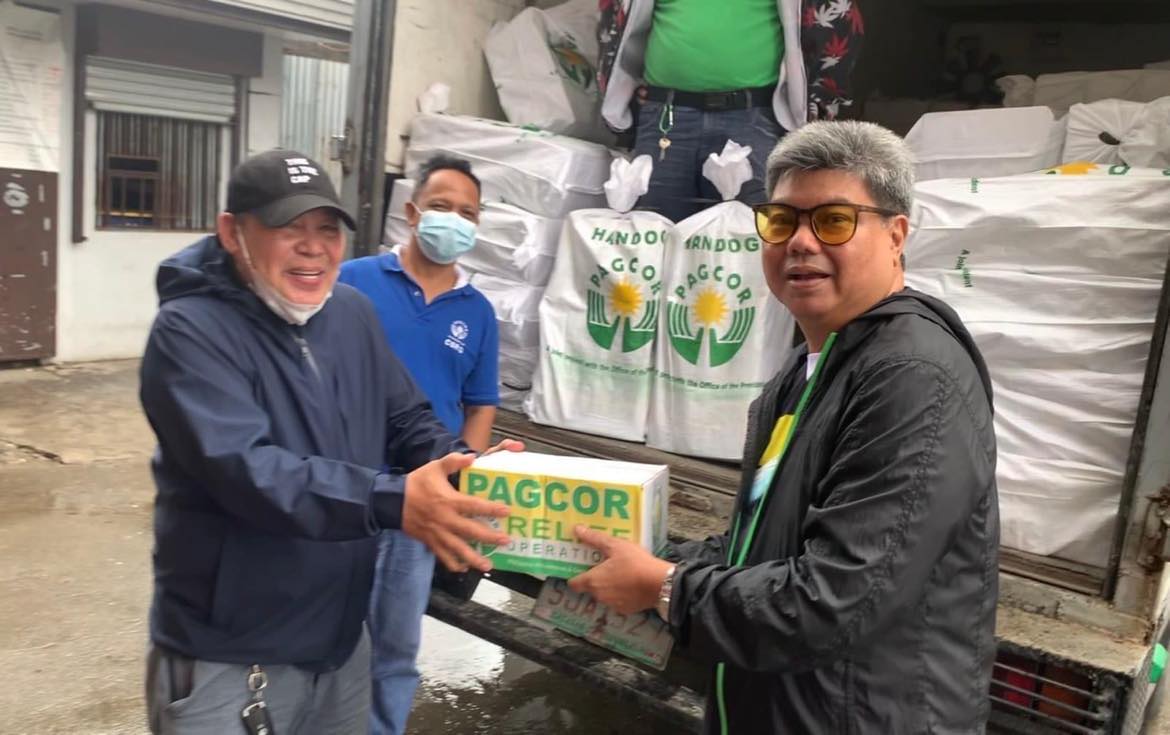 Immediately after severe Tropical Storm “Paeng” lashed many parts of the country, the Philippine Amusement and Gaming Corporation (PAGCOR) reached out to several local government units (LGUs) that were gravely affected by heavy rains and floods.

A total of 6,350 families from the province of Bulacan and San Pedro, Laguna were among the initial recipients of PAGCOR’s relief aid, which contained basic commodities like rice, coffee and canned goods.

PAGCOR distributed 5,350 relief packs on October 31, 2022, in different municipalities of Bulacan. Priorities were given to coastal communities of the province, which were severely affected by the storm.

According to PAGCOR Chairman and CEO Alejandro Tengco, the state-run gaming agency is also closely coordinating with other affected LGUs to promptly deliver PAGCOR’s aid.

“The heavy rains and severe flooding made our mission to reach out to affected LGUs quite challenging. But since many roads are now passable, we were able to deploy our team and bring aid to gravely affected communities,” he said.

Tengco added that PAGCOR is doing its best to bring aid to as many LGUs that were affected by the recent tropical storm.

The state-run gaming agency is closely monitoring the improvement of road conditions in all the hard-hit areas to be able to conduct more relief operations and continue to commit to its mission of nation-building.