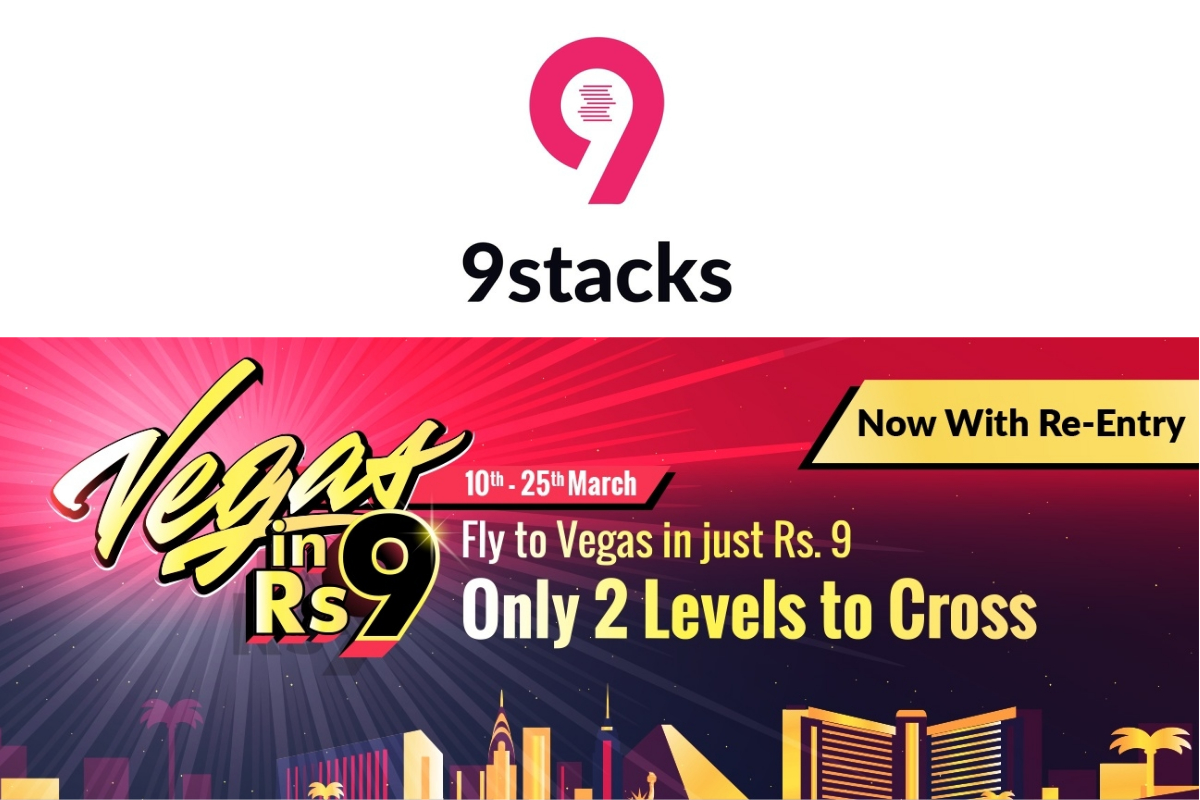 India’s fastest growing online poker platform 9stacks, known for coming up with the most innovative promotions, is back with ‘Vegas in Rs 9’. In this contest, participants have to win two tournaments to win a trip to Las Vegas. Details available on the website. The contest runs from 10th to 25th March.

“We were thrilled to see the poker talent that is out there in the country. The ‘Vegas in Rs 2’ promotion in February saw thousands of participants from tier 1 to tier 3 cities use their skills to beat the rest and enter the final level. Sajal Gupta and Ashish Kumar emerged victorious in this battle and will soon be battling the best at Vegas itself. Vegas in Rs 9 aims to go deeper into the heart of the country to find poker aspirants and give them a chance to showcase their skills on the biggest poker platform in the world,” says Sudhir Kamath, CEO, 9stacks.

“It’s been unbelievable. I never thought a relatively new player like me could have a chance to play poker in the city that gave birth to poker as we know it. I can’t wait to see Phil Ivey in action,” says February Vegas in Rs 2 winner Ashish Kumar.

9stacks is one of India’s best online poker site. Launched last year, 9stacks has a user base of over 1 lakh+ subscribers. More than 7 million hands of poker are being played every month on the platform, with monthly gross transactions exceeding INR 55 cr per month.

As a member of the All India Gaming Federation, 9stacks has also been a strong voice advocating poker as a game of skill. On its own platform, 9stacks recently launched India’s first skills dashboard where gamers can carry out in depth analyses of their own strategy, and become better poker players.

9stacks users can play seamlessly across all platforms including iOS, Android, Windows and Macs.

And they’re off! NetEnt saddles up for Scudamore’s Super Stakes 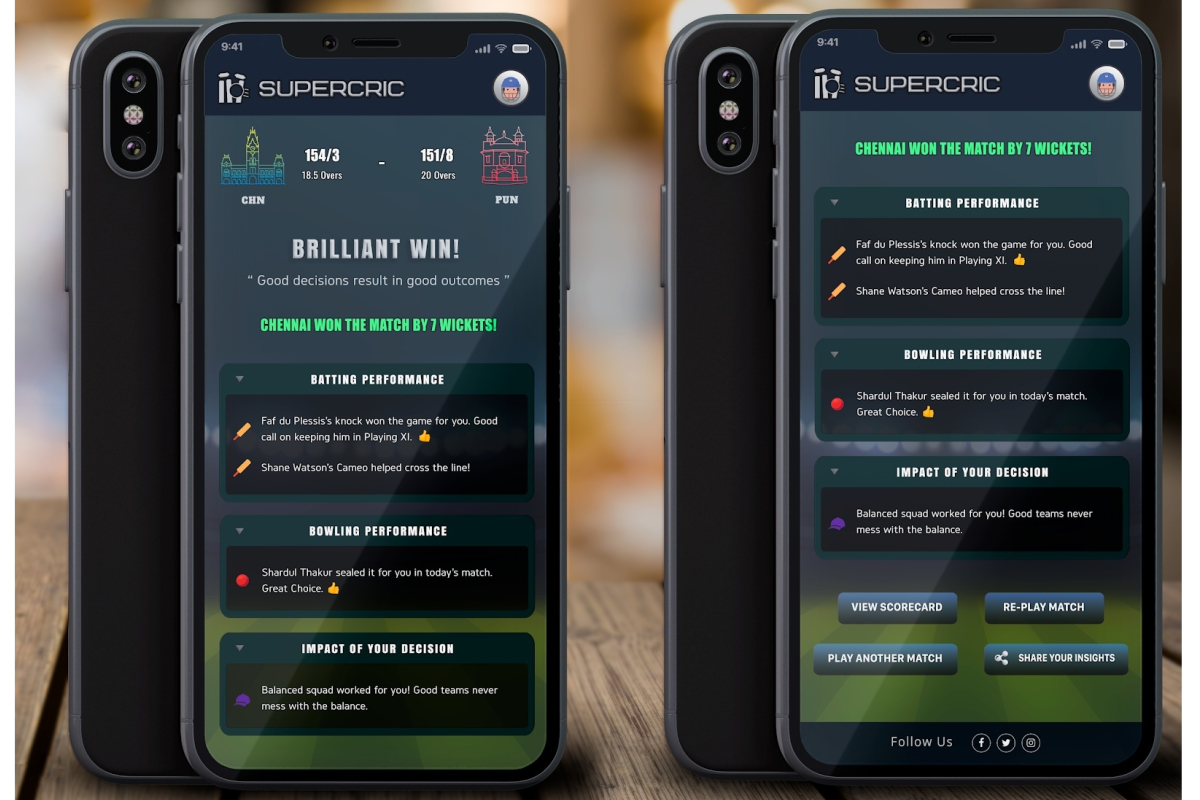 AnalytIQ Sports Technologies launches India’s first strategy ‘Cricket Manager’ with all gameplay powered by our proprietary AI-driven simulator game, SuperCric. The Bangalore based sports tech start-up has built a proprietary cricket simulator tool based on real historical data from cricket tournaments worldwide (the only one of its kind globally available for fans to explore the likelihood of occurrence of performance for their favourite players and teams), that will enable better choice-making for daily fantasy gamers this IPL season and also give them an opportunity to engage and better their skills all year round.

SuperCric, built with a proprietary simulation tool, is developed as a first of its kind sports engagement tool which will facilitate better decision making for the invested cricket fan. In a new genre of gameplay – fans are putting their cricket intelligence and judgment against the traditional knowledge of teams. Can you outsmart Rohit or MSD on the field is the real question?

SuperCric, a modern-day cricket manager which will now enable Cricket fans to put on their Captain’s hat and see how each choice they make in the game has an implication on the outcome of the match. By testing their choices and gauging the possible outcomes through this tool, fantasy players have an opportunity to widen their chances of winning bigger in their fantasy games this IPL.

SuperCric is not a fantasy platform but an ideal tool for fantasy gamers that is powered by an Artificial Intelligence (AI) driven proprietary simulation tool that is able to predict the probability of a win for each team with an over 90% accuracy rate. In the immediate future, SuperCric aims to target every fan tuned into this year’s IPL with viewership numbers expected to be in excess of 600million people across India.

This game lets you pick your playing XI from your squad for some legendary tournaments and using only your strategic understanding of the game as a tool can you craft a winning XI or an over by over strategy of who should bowl.

As a cricket fan, you always feel some key moments should have had different decision making. Some team selections have been tricky given the opposition. And you have never had a way to validate this feeling. SuperCric is a unique simulator that lets you simulate a game and its combinations many times over. Soon the game will also let you simulate key games from a certain stage in the match allowing you to validate your judgments.

SuperCric is founded and developed by ex-cricketer and IPL presenter Suhail Chandhok and the husband-wife entrepreneurial team of McKinsey India man Arvind Sivdas from IIM Calcutta and Dhanya Param from IIT Madras, who also co-own Kabaddi Adda. This platform is the Kabaddi world’s fastest-growing digital content & distribution platform which offers deep insight into the Kabaddi ecosystem with over 28 million views. Suhail being an ex-cricketer and current IPL presenter himself will now take this opportunity to reflect his experience and knowledge gathered over the years in SuperCric.

A former professional sportsman hailing from 3 generations of Sport, Suhail Chandhok is currently one of India’s leading Sports Presenters & Commentators, having been the face & voice of global sporting properties such as the Indian Premier League (IPL), Pro Kabaddi League, Wimbledon Tennis, among several others. Chandhok played professional Cricket in Australia & the UK and enjoyed a stint with the IPL’s Royal Challengers Bangalore in 2009 & 10.

According to Suhail Chandhok Co-Founder, SuperCric, “The gaming ecosystem is at the cusp of disruption. COVID has pushed the market to explore and embrace games faster. The data economy with more time on hand for users points to an even bigger future for the industry. Investors are recognizing this and lining up to being new genres itself into this market.”

SuperCric recently raised angel funding of an undisclosed amount from a European investor, Pontus Lemberg. They plan to launch the game and expand its user base to 10 million by the end of the upcoming cricket season.

Tournaments – In this mode, users can play as their favorite team and play the whole tournament with the same team. This feature allows the user to go through the whole tournament (14 matches in the case of IPL) in a week. Moving forward we will introduce older data and so allow users to play tournaments with their favourite IPL teams from 2008 onwards. Over time new tournaments will be launched on every Saturday and be active till midnight on the following Friday.

Tournament Rewards – Much like real tournaments, awards will be given to the top teams, highest-scoring batsmen, top wicket-takers, highest sixes, most stumpings, and much more. This will allow users to think about their squads over the whole tournament and simulate the experience of having to shuffle their squads if they don’t win and stick to squads that work well.

Weekly Leaderboards – The awards will be given for the large selection of winners for every tournament. All points earned during a live tournament will contribute towards the weekly leaderboard.

MSD quotient – At Super Cric decisions determine your destiny. We created a metric called MSD quotient named after arguably World’s greatest T20 captain. This gives the user a sense of risk they are taking with every decision.

Play by Play Mode – This feature makes the pressures of being on the field more realistic. Decisions need to be made when wickets fall and after every over. Users need to plan and manage their resources wisely.

Cards – Three cards are awarded to every player who enters the tournament. Users can deploy the card to get a pitch report before the match, increase the aggression of play when required and replace one player after the toss. This will add a fun quotient to users’ experience at Super Cric.

Decision Review Screen –  At the end of the match, users get machine learning-driven insights into their decisions in their match. This will help them make similar or better decisions in the following matches.

Artificial Intelligence (AI) tech – Our simulator is built on the back of long-dated historical data. Matchups like player ability/weakness against a specific bowler and a bowling skill type are also reflected. Also leaves flexibility for miracles as only AI can offer. The simulation also does reflect the current form of the player and will constantly keep getting updated as we receive more data in the system.

Sportradar to Support BCCI at the 2020 Indian Premier League (IPL)

The Board of Control for Cricket in India (BCCI) has today signed an agreement with Sportradar Integrity Services – the world’s leading supplier of sports integrity solutions and sports data products – to support its Anti-Corruption Unit in monitoring and safeguarding the integrity of matches in the 2020 IPL season.

As part of the agreement, all matches from the 2020 IPL – to be held in the United Arab Emirates – will be monitored by Sportradar to detect betting irregularities. Sportradar will also provide a risk assessment to the BCCI driven by intelligence and data-driven insights, and furthermore the BCCI will be able to call upon Sportradar’s Intelligence and Investigation Services during the term of the partnership, if required.

Sportradar is currently working with some of the world’s biggest leagues and federations, including FIFA and the Asian Football Confederation (AFC). In India, it has worked with the likes of the Indian Super League and the Pro Kabaddi League.

Sportradar Integrity Services’ Managing Director Andreas Krannich added: “It is an honour to partner with the BCCI for the 2020 IPL season. As the global leader in sporting integrity, we hope to provide our expertise and help protect the tournament against integrity related issues. We know that the BCCI takes integrity seriously, and we look forward to working alongside them throughout the tournament and providing our support to their integrity programme.” 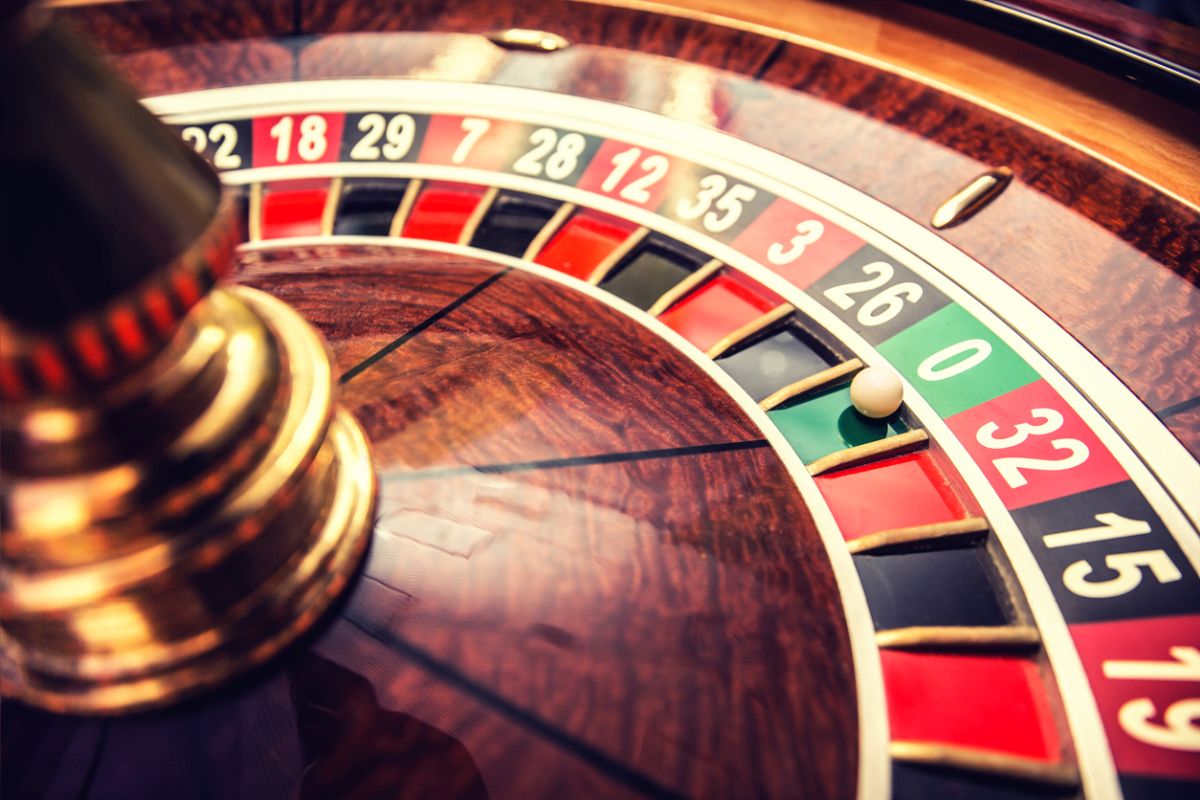 A study conducted by Bernstein Research has found that real money games are going to become the next big thing in India. The study estimates that the Indian gaming market is likely to grow by 37% per year and reach $5 billion by 2022. According to the study, real money games will account for $1.7 billion of the total.

The Covid-19 lockdowns has turned out a blessing in disguise. Gaming platforms showed a 30–40% increase in daily active users. The user engagement has become longer and deeper too.

Fantasy sports is the fastest growing vertical in the real money market, which has so far attracted 100 million users. Dream11, the market leader has a 90% market share.