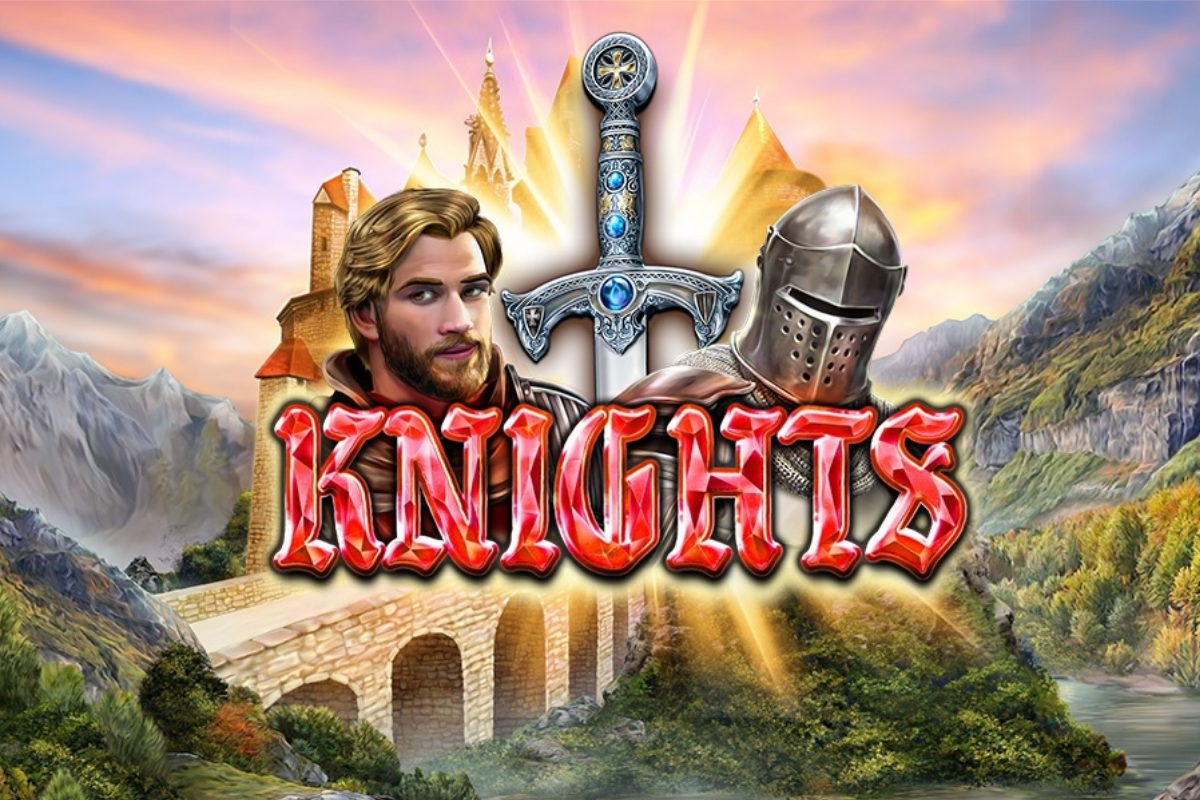 Join an unprecedented heroic act in the Kingdom of Camelot to find the Holy Grail with the most courageous knights of the round table in this 5×3 reel video slot with a magic reel that will help you to gain incredible riches.

Pokagon Band of Potawatomi gets Certificate of Self-Regulation 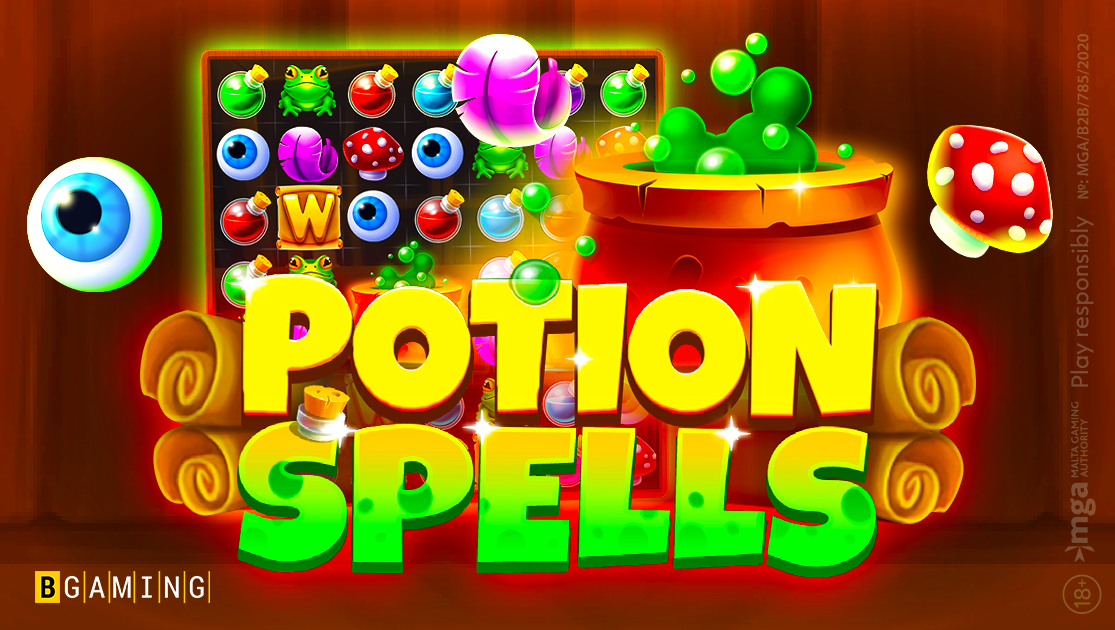 BGaming, a fast-growing iGaming provider, has announced the launch of its latest online slot Potion Spells with elements of Match-3 games. The magic-infused 7×7 slot offers players high volatility and 96.24% RTP, along with a variety of features including refilling reels, Spin and Match-3 elements.

The gameplay in Potion Spells is filled with a variety of unique features, providing players with plentiful opportunities to win up to x12,000. Players will assemble exploding clusters, juiced up by the Big symbol, which doubles the payoff if it becomes a part of a win. The Backlit symbol adds to the high level of dynamism by adding two Wilds to winning combinations, keeping the fun game going. The Second Chance feature keeps players on the edge of their seats by triggering additional Wilds and randomly turning a failed attempt into a triumph.

All wins per spin serve as the ingredients for the spellful potion, which rewards players with the Detonation, Promotion, Reduction or Separation features for every 25 points removed out of 100 on the progress bar. When the pot falls to zero, an explosive amount of Wilds is triggered, inspiring players to catch a lucky break. To give players even more control over their gameplay, the slot also offers the Bonus Buy feature, allowing players to devastate the pot immediately and gain prompt access to their winnings.

“As one of the leading slots providers, our priority is to promote a diverse gaming experience through constant dynamics, feature-packed gameplay, and eye-catching design,” commented Yulia Aliakseyeva, BGaming’s co-CPO. “The BGaming portfolio has expanded to include over 90 vibrant titles with the addition of Potion Spells, and we are excited to bring this game to players worldwide, offering a new level of excitement and engagement.”

Previously, only players at the Bitstarz online casino had exclusive access to the entertaining Potion Spells. Starting from January 27th, the BGaming slot will be available to all operators, providing pure enjoyment with its visually appealing design and exciting features.

BGaming is a fast-growing iGaming content provider converting gambling into gaming. Thanks to an expert team and a player-driven approach, the studio creates innovative and engaging products featured on reputable platforms and 800+ online casinos worldwide. BGaming is the world’s first to support cryptocurrencies and offer Provably Fair games. Today the brand’s portfolio includes 90+ products with HD graphics and a clear user interface for every device. The studio is also known for its brand exclusives created in partnerships with leading operators in the industry. 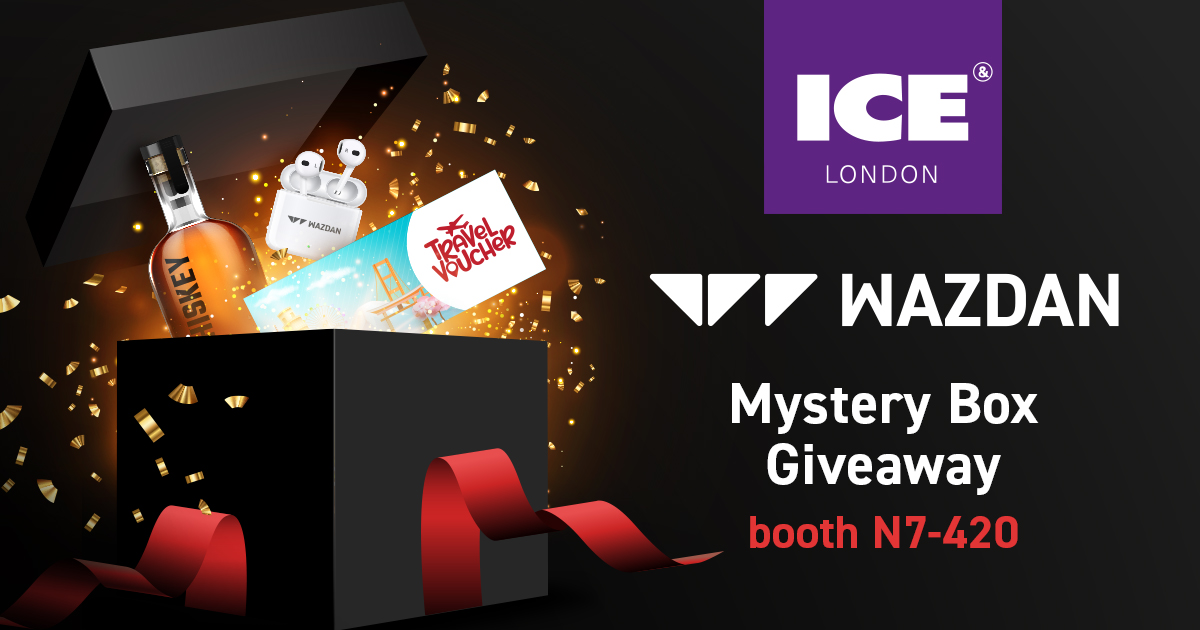 Wazdan, the innovative games provider, will be exhibiting at ICE London 2023 at booth N7-420, where it is set to showcase its premium offering and surprise delegates with a Mystery Box Giveaway.

At the booth, operators can expect to learn more about the developer’s engagement-boosting features, promotional tools, and Mystery Drop network promotions with a whopping prize pool of €1,000,000.

To give its partners a sneak peek of how exciting Mystery Drop promotions are for players, Wazdan will be running a Mystery Box Giveaway during the event, giving delegates a chance to win some exciting prizes which include exclusive merchandise, Apple AirPods, fine spirits, such as Glengoyne 30 Year Old Highland Single Malt Scotch Whisky, and even a chance to take part in a luxury trip.

Wazdan will be exhibiting a considerable collection of both new and upcoming games, with its stand also offering a bar for a more casual business setting.

Among the plethora of games on display is Power of Sun™: Svarog. The slot, released in early January, is the first instalment in the new Power of Sun™ series. Proving an early success, it was nominated for the One to Watch category at the SlotsWise Awards 2022.

Coinciding with ICE London, Wazdan will also have a substantial presence at the Global Gaming Awards, taking place on the 6th of February. Top-performing slot 9 Coins™ has been shortlisted in the Game of the Year category. Wazdan will also be sponsoring the Online Sports Betting Operator award, with its CEO, Michał Imiołek, set to be one of the judges to mark the occasion.

Also taking place during the week of the event will be the International Gaming Awards. Wazdan has managed to pick up two nominations: the US Gaming Company of the Year, as well as a further accolade for 9 Coins™ in the Game of the Year category. The winners will be announced at a prestigious ceremony on the 6th of February.

In what is set to be one of the most important weeks of the iGaming calendar, Wazdan will be at booth N7-420 and its team looks forward to welcoming attendees to discuss its state-of-the-art collection.

Andrzej Hyla, Chief Commercial Officer at Wazdan said: “Wazdan is thrilled to announce its return to ICE London 2023. With preparations well underway we have no doubt operators will be spoiled for choice at our stand. ICE London provides an excellent opportunity for us to welcome both current and potential partners as well as shed some light on unreleased titles that are sure to go down a storm. With the Mystery Box Giveaway, we’ll be celebrating the launch of our biggest yet network promotion with a prize pool of €1,000,000.

“Alongside the exhibition, we look forward to receiving the outcome of both the Global Gaming Awards and International Gaming Awards on what promises to be an unmissable night for the iGaming industry.” 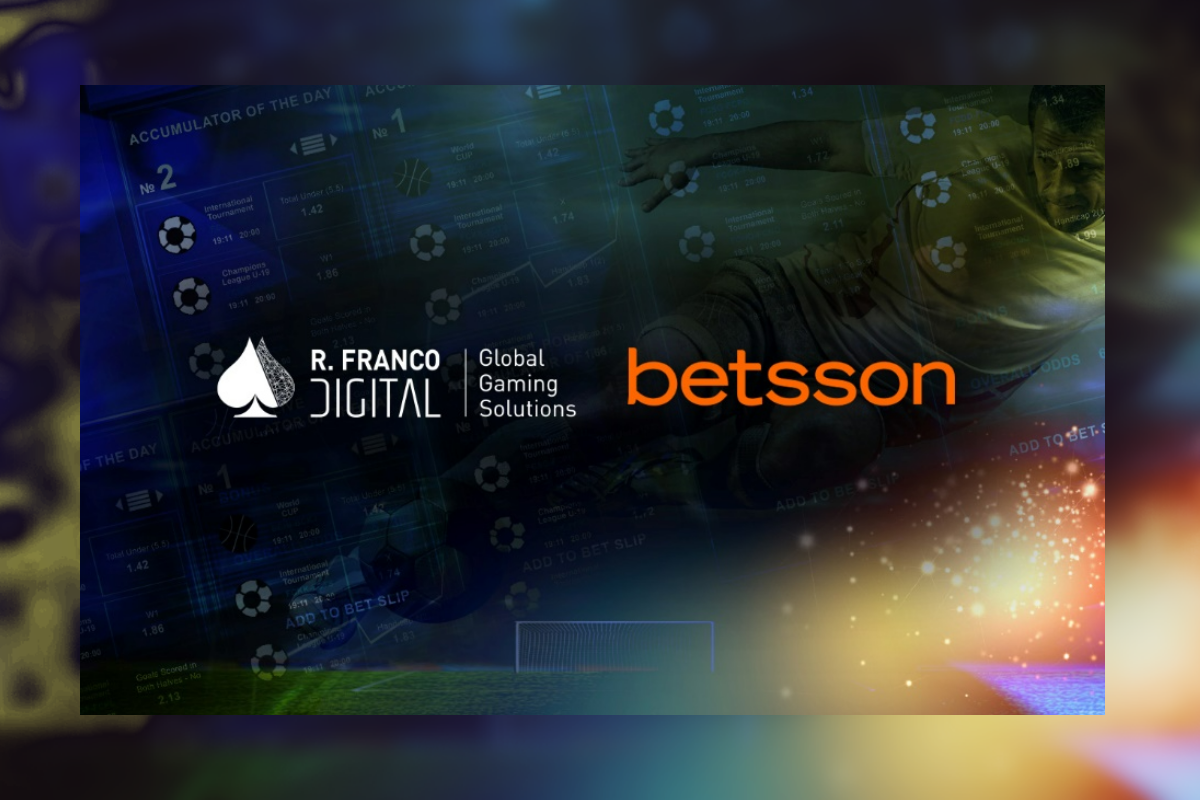 R. Franco Digital, R. Franco Group’s digital division, has celebrated another key milestone in the expansion of its MGA-certified portfolio, having signed a deal with global operator, Betsson Group.

The new agreement follows multiple major deals for Spain’s leading gaming provider, which has seen the studio and platform provider sign with some of Europe’s biggest brands.

Thanks to the deal, Betsson Group’s customers will be able to enjoy some of R Franco Digital’s most popular titles, including Witches South, Vacuum Buster, and Cyborg 30L.

Future R. Franco Digital releases will also be included as part of the agreement, with the provider expected to launch multiple new slot games in the coming months.

Renowned  for its high-quality slot offering, Betsson’s commitment to providing a host of engaging titles as well as being unmatched in customer service, make it a top choice for players across Europe, and Latin America.

The signing is set to strengthen R. Franco Digital’s position in the regulated markets, further expanding its international reach across Europe, LatAm and other global jurisdictions.

Mario Benito, Online Sales Director at R. Franco Digital, said: “R. Franco Digital’s new partnership with Betsson is a further testament to our growth strategy. We’re thrilled to have signed with such a prestigious partner who has a long and rich history in the iGaming industry.

“We are confident that our slot content will continue to impress operators from around the world and that this will mark another successful collaboration.”

Sarah Micallef, Head of Gaming Operations at Betsson Group added: “We are delighted to integrate yet another fantastic portfolio to our world-class collection. R. Franco Digital make the ideal partner for us to keep our catalogue of slots fresh and exciting. We trust that players will be impressed with this latest addition to our collection, with what is no doubt considered to be one of Spain’s favourite providers.”