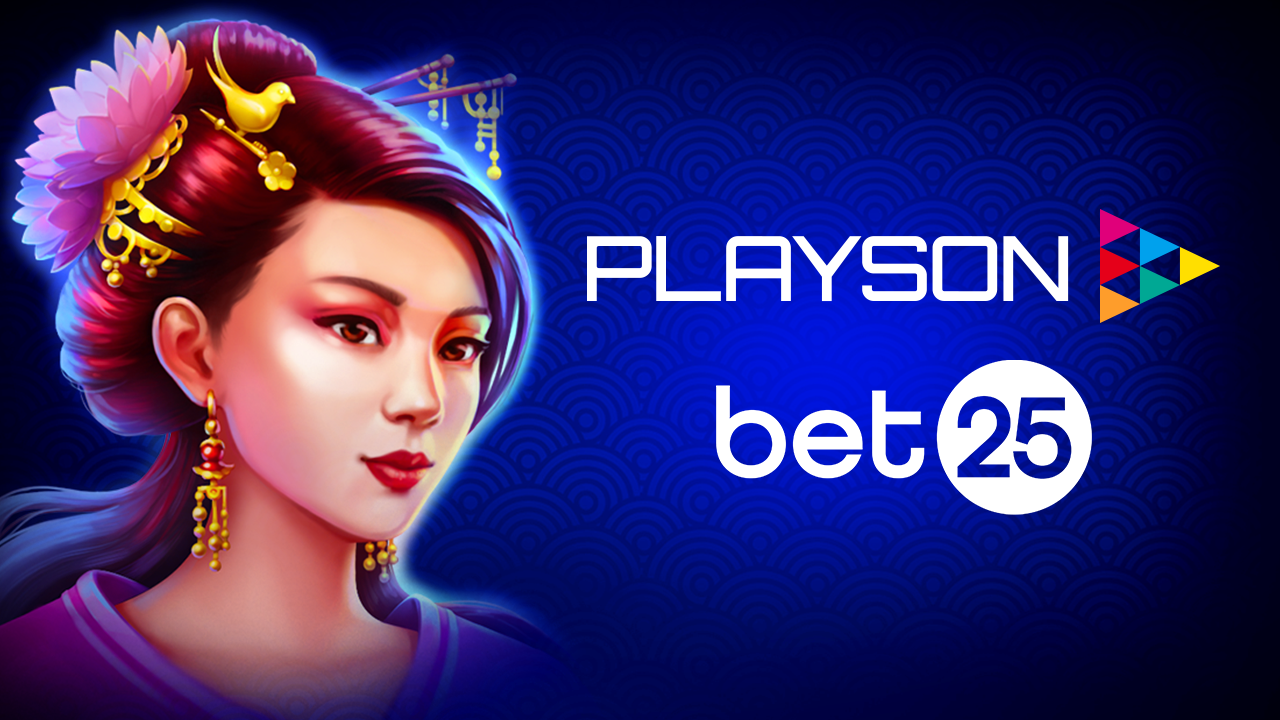 Casino software provider Playson has signed an agreement to supply its games to 25syv, one of Denmark’s biggest operators.

25syv currently has four brands, including its popular sportsbook Bet25, and the new deal will see Playson’s entire portfolio provided to casino customers at Rød25 and casinogo.dk.

Hit games such as Solar Temple, Solar Queen and Sunny Fruits: Hold and Win will be made available to players, along with Playson’s Funky Fruits series and the Timeless Fruit Slots portfolio.

The operator will also have access to a variety of the developer’s engagement tools, which are proven to enhance player retention, and include seamless play, free spins, jackpots and regular tournaments with daily prize drops.

Lars Kollind, Business Development Manager at Playson, said: “The Nordics is a thriving market and we’re thrilled to be working with 25syv and providing games its customers.

“Signing new partnerships and expanding our global footprint is one of our key targets, and we’re delighted to offer our games to such a well-respected brand.”

Erman Bozdoganat 25syv, said: “Playson’s portfolio contains some of the most popular games in the industry and we look forward to providing our customers with its vast array of titles.

“Ensuring our players receive the best gaming experience possible is paramount here at 25syv, and Playson’s suite of titles will make a great addition to our offering.” 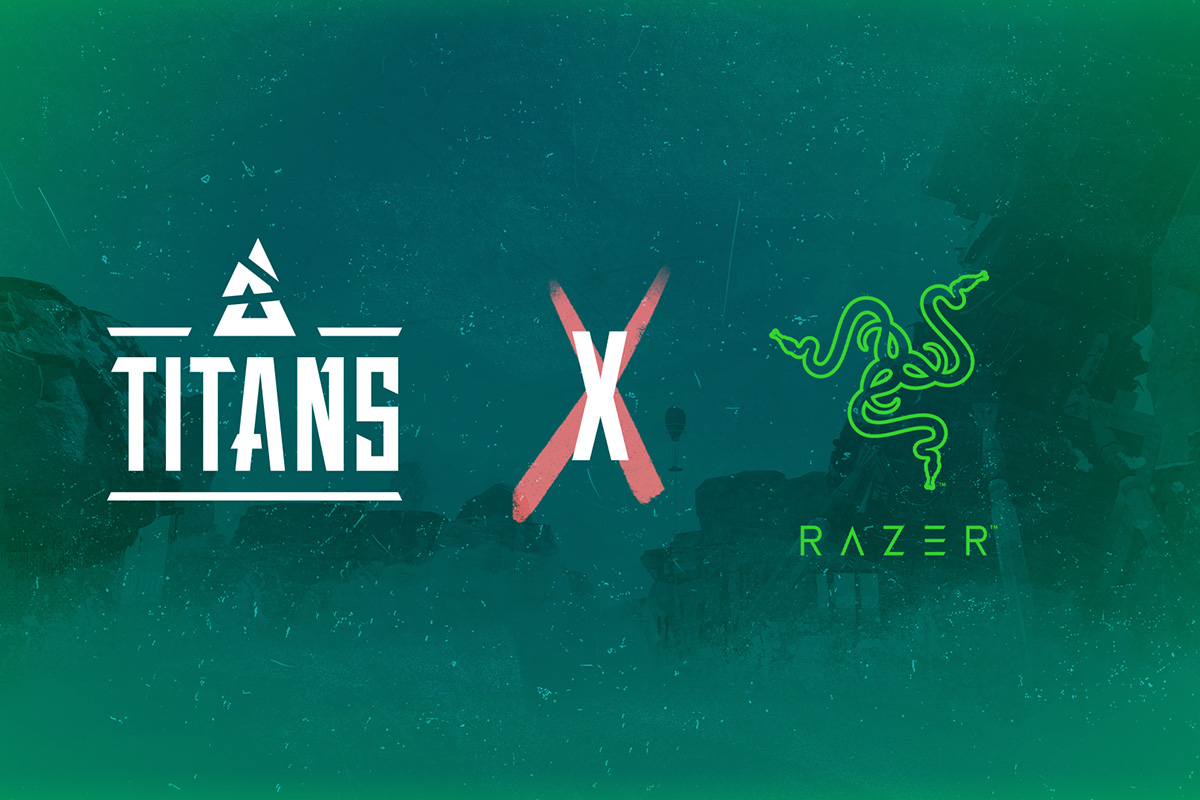 BLAST has partnered with leading global lifestyle brand for gamers, Razer to sponsor the

The partnership will integrate Razer into the BLAST Titans tournament through a number of activations, including: product giveaways, player-led content opportunities, in-game branding and activation of the match and tournament MVP broadcast segment.

Razer is one of the most recognised brands in global gaming and is a world leading lifestyle brand for gamers and esports communities all around the world. Razer’s award-winning hardware spans from high-performance peripherals to a range of other gaming accessories.

Oliver Clarke, Head of Brand Partnerships at BLAST, said: “Razer is a well recognised brand in the esports and gaming space – it’s great to have their backing and support ahead of our first ever BLAST Titans event this week. Apex Legends has a large and passionate community of gamers, one we look forward to engaging with through a variety of exciting digital activations involving Razer.”

Flo Gutierrez, Global Esports Director at Razer, said: “Over the last few years, BLAST has positioned themselves as one of the top esports event organisers worldwide, with incredible production value, great casting and engaging formats.”

“It is with great pleasure that we are supporting them on the launch and expansion of BLAST Titans, created for the growing Apex Legends community. We can’t wait to see the best EU teams battling it out for the very first BLAST Titans crown!”

Apex Legends has enjoyed a rapid rise since its launch in 2019. In April this year, EA announced the game had surpassed 100 million players, a 30% year-on-year growth and its esports event viewership had grown in line with the popularity of the game.

The first weekend (July 23-25) will be a double elimination battle royale event involving 40 teams, which will be made up of the top 20 European teams on recent form, 10 invited wildcard teams and 10 teams via open qualifiers. The second weekend (July 31-August 1) will feature the top 20 teams from weekend one, facing each other in the Arenas mode that was first introduced in the game only last month.

PRAGMATIC PLAY DIVES INTO NORSE CULTURE IN BOOK OF VIKINGS™ 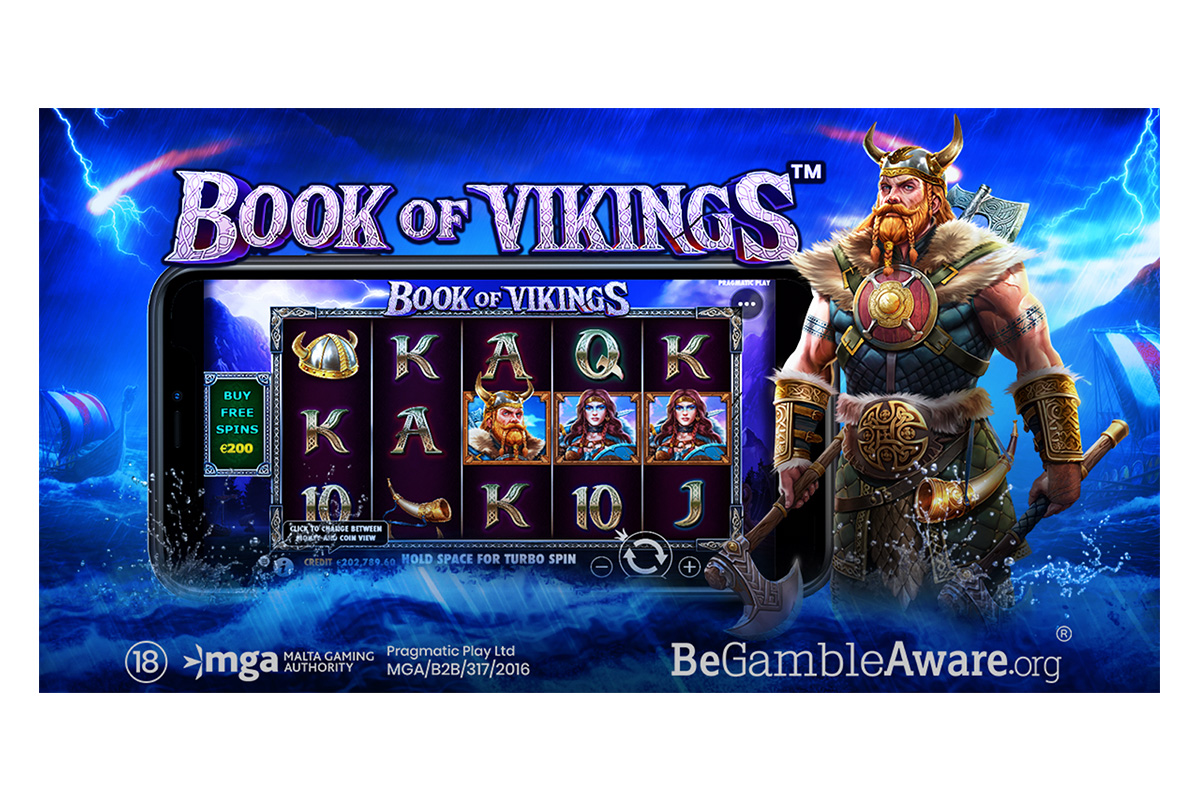 Pragmatic Play, a leading content provider to the gaming industry, continues to embrace Scandinavian adventures with the announcement of its new slot title, Book of Vikings™.

Featuring comic book-style visuals and a classical instrumental soundtrack, the highly volatile slot is riddled with symbols of Norse mythology, and includes a mystery Free Spins feature where landing a special expanding symbol will boost chances of big wins.

There is also a Scatter symbol that takes the shape of a Magic Book, which only needs to appear three times in a payline to trigger the Free Spins feature.

Here, a regular symbol is randomly selected to become the expanding Mystery Symbol before the player is allowed to use their 10 free spins, and every time it appears, the Mystery symbol will expand to fill the entire reel.

A huge number of winning combinations can be created with these expanding Mystery symbols, and players who wish to bypass the base game for the Free Spins feature can do so with the Bonus Buy element where available.

Book of Vikings™ is the latest title to join Pragmatic Play’s extensive slot collection, following in the footsteps of recent hits Empty the Bank™, 5 Lions Megaways™ and Lucky Lightning, which reside amongst 200+ HTML5 titles in the provider’s award-winning games portfolio.

Yossi Barzely, Chief Business Development Officer at Pragmatic Play, said: “Our previous Norse-themed release was dominated by an all-female warrior cast, but this time we see Viking royalty grace the helm of the ship.

“Book of Vikings™ utilizes a gorgeous aesthetic and combines it with simplified gameplay to provide a winning experience for players of all ages and demographics.” 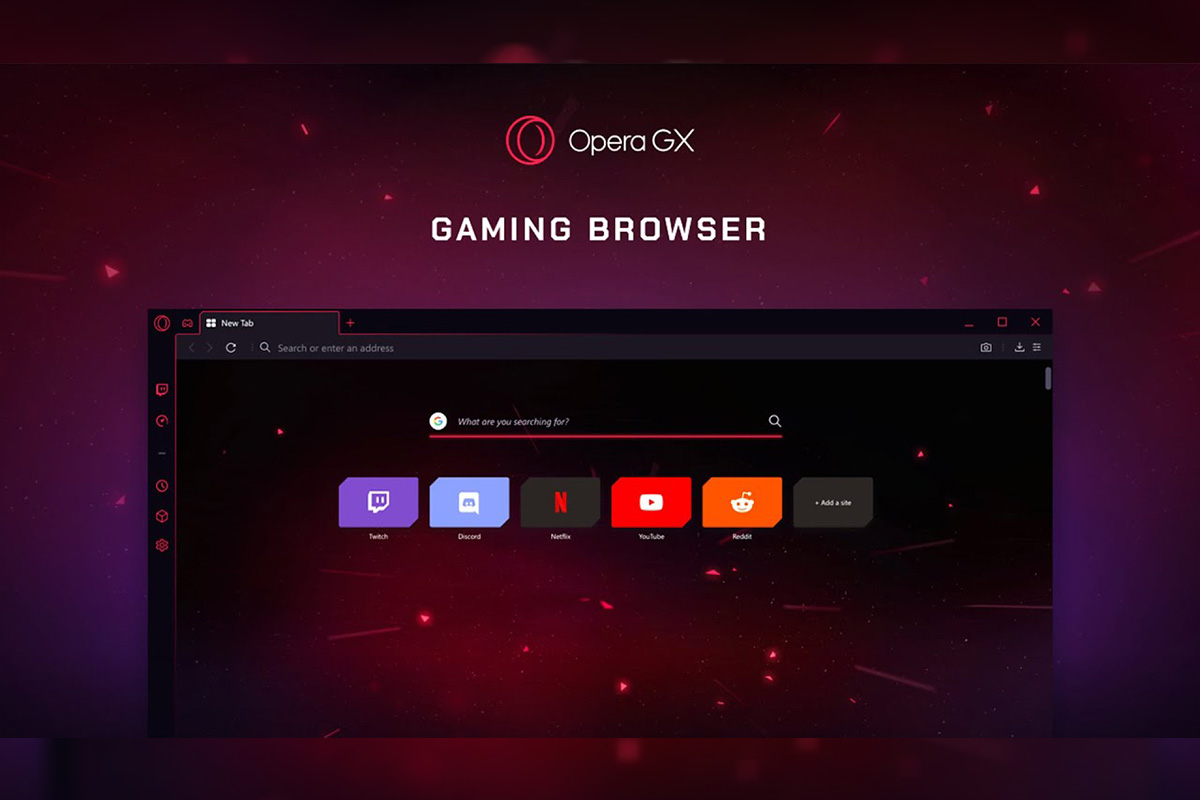 We all know the horror of bad online connections. Ever lost the game due to lag? Got kicked out from a server when your WiFi went crazy? The Internet is great when it works. But what if it doesn’t?

‘When the internet is out, some browsers get on our nerves with dinosaurs or surfing games which only reminds gamers that without the internet we’re back to the stone age and can’t surf the web. We created the Opera GX Game Jam to call on all artists and creative gamers to make the offline experience fun,’ said Maciej Kocemba, Product Director of Opera GX.

The Opera GX Game Jam competition will give one winner the unique opportunity for their game to be played by millions in the Opera GX offline page. The top three artists will also win cash prizes of $3k, $7k and $10K. The winning game will gain the prestige of becoming the first playable game to ever feature in Opera GX, helping to entertain gamers during those rare offline moments that would otherwise make them cry.

The GX Game Jam is being hosted with GameMaker Studio 2 – the world’s leading 2D game development engine, and in collaboration with Game Jolt, one of the largest communities for games and the people who make and play them.

The best game will receive expert development support from the GameMaker team, before being unleashed within the Opera GX desktop browser. Once completed, it will also be promoted to Opera GX’s millions of users through the browser’s GX Corner and across the social accounts of Opera GX, GameMaker Studio 2 and Game Jolt.

The Opera GX Game Jam will be open for submissions starting on the 29th of July, when the theme for the event will be revealed.

Artists and game creators can register their interest, receive a free GameMaker Studio 2 licence for the duration of the jam, and read the terms and conditions by visiting this LINK.

“GameMaker Studio 2 is the perfect engine for Game Jams, as it allows anyone to convert creative ideas into playable games quickly. Whether using the intuitive no-code/low-code Drag and Drop system or it’s powerful GameMaker Language (GML), anyone can use GameMaker to take part in the Opera GX Game Jam 2021,” commented Russell Kay, CTO for GameMaker Studio 2. “It’s imagination that counts most, so get involved!”