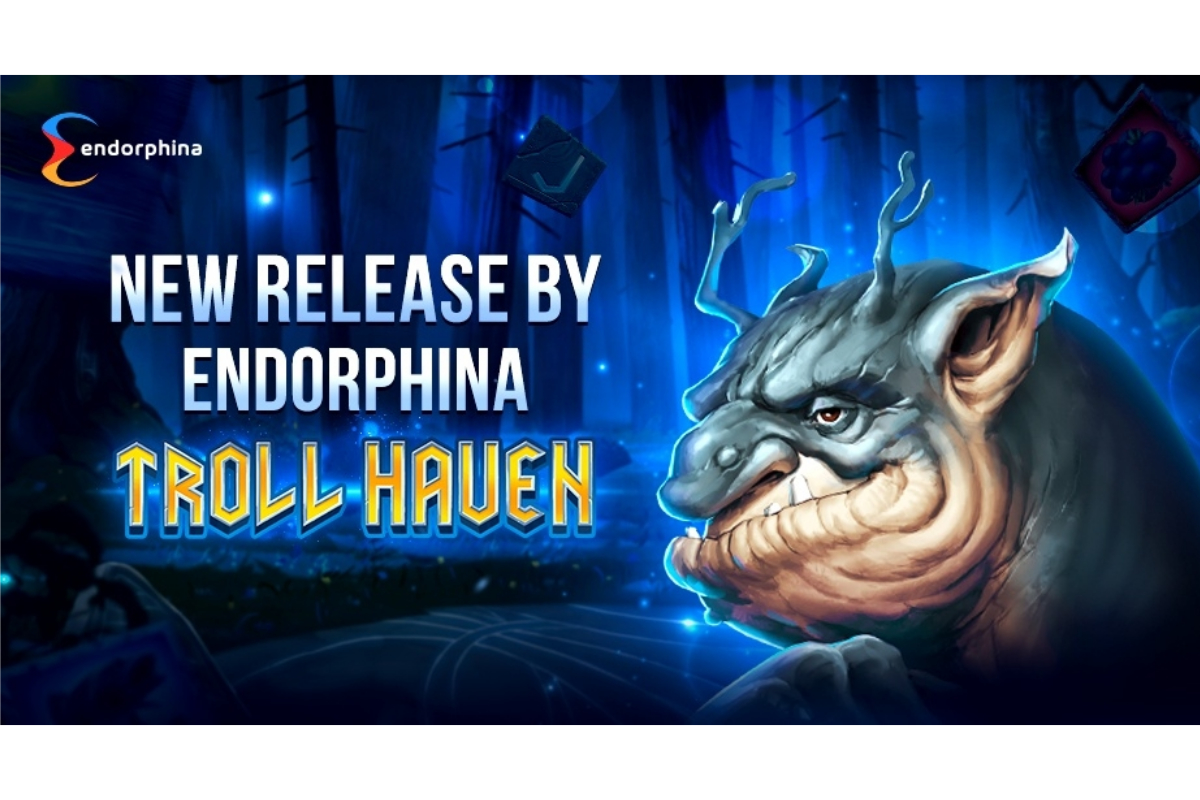 Today, Endorphina presented a brand new title – Troll Haven – a wonderful Scandinavian-themed adventure slot. Players will take a trip to the beautiful mountains, fjords and hidden caves to see with their own eyes what kind of gems and treasures are waiting for them.

The new slot “Troll Haven” by Endorphina will take players’ breath away with its fantastic gameplay, marvellous realistic graphics and mystical northern music. Players will absolutely fall in love with the authentic atmosphere of Norse mythology and the coziness of the Troll’s haven. Endorphina’s designers have really outdone themselves this time by creating the symbols on the reels: runes, potions, Nordic flora and fauna, so the players might even forget that they’re still at home and not in the Scandinavian forest.

Not only is Endorphina’s graphics and sounds extremely attractive in the game, but of course, the great math. This is a 5-reel, 3-row and 25-payline slot, where Troll – the main character – is the wild symbol that substitutes for all symbols except for the scatter. One or more wild symbols appearing as a substitute symbol in a winning combination doubles the win. The SCATTER is the Tree of Life symbol. 3 scatters on the reels will trigger free games. When the feature is triggered, the player can choose the number of free games 23, 16, 10, 5 and their associated multiplier (X2, X3, X5, X10). The feature can be triggered again during the free games.

“The slot is already available for just a few casinos during the pre-release and we must say it easily captures players’ attention and shows great results! The players are loving the flavor of the Scandinavian mythology and Nordic forest,” shares the head of customer account department, Gretta Kochkonyan.

This game will allow players to enjoy the process of gambling and to become friends with a kind troll, whose friends – some fantastic forest creatures – will definitely help to boost their luck while they’re spinning these reels.
Troll Haven – https://endorphina.com/games/troll-haven is the first of Endorphina’s March releases. This provider announced that they would be releasing around 2 stunning games per month this year, and so far they are keeping their word. But February was the most productive one, as they released the TOTAL HIT of the year – a classic fruit slot called 2020 HIT Slot, the historical Aus Dem Tal and the absolutely amazing and daring Cash Tank .

This year already looks promising for Endorphina with the releases that they already had, and plans and ideas that they’ve got in store for us all in the near future. Spring is here and while its crisp air fills people’s minds with creativity and inspiration, Endorphina’s “Troll Haven” is definitely filling players’ accounts with prizes and big wins. Don’t hesitate to visit this magical Scandinavia to win the heart of that friendly Troll and his pals.

Related Topics:EndorphinaTroll Haven
Up Next

iSoftBet hits the target with Sheriff of Nottingham game launch 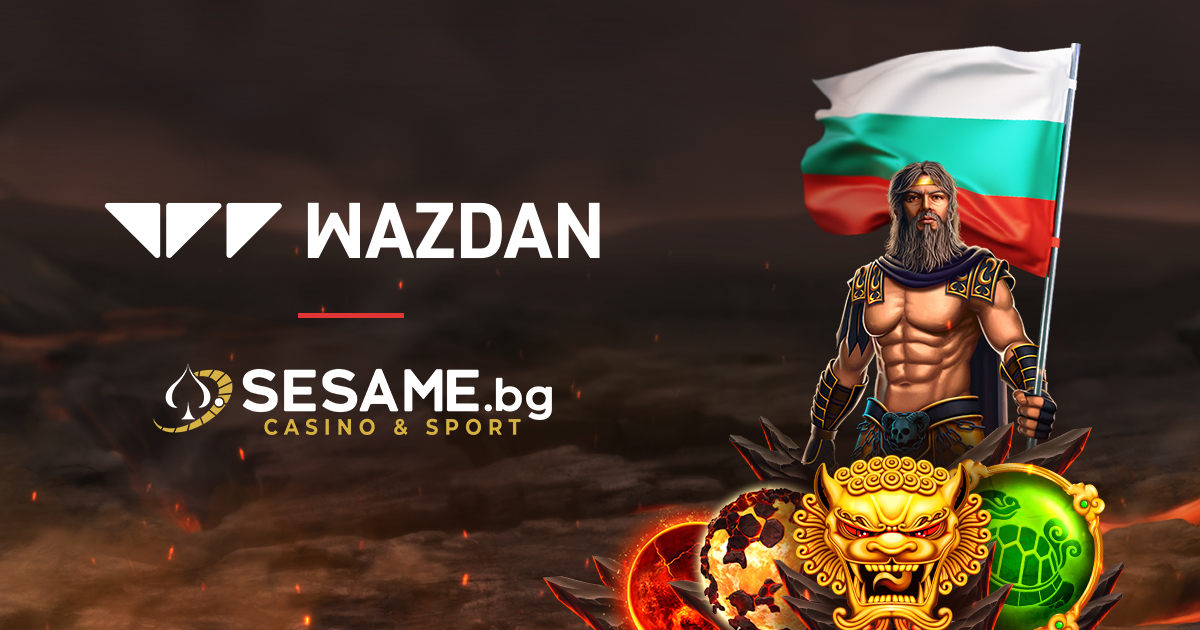 Wazdan, the innovative games provider, has established a partnership with one of Bulgaria’s leading casino operators, Sesame.

The operator’s portfolio will also be boosted by top-performing Hold the Jackpot titles, including Power of Gods™: Hades and Sizzling Moon™, as well as the Wazdan’s renowned Freedom of Choice™ suite, which features customisable tools like Volatility Levels.

The monumental deal serves as further evidence of Wazdan’s commitment to Bulgaria’s iGaming market as the supplier continues to reinforce its presence across Europe, following recent deals with StarCasino, Casino777.nl, and Casino Lugano, as well as shortlisting for the SiGMA CIS & Balkans Awards in the Best Slots Provider category.

Radka Bacheva, Head of Sales and Business Development Balkans & CIS at Wazdan, said: “We’re delighted to go live with a well-respected operator of Sesame’s stature, providing an exclusive selection of our games to its Bulgarian customer base.

“Our products are stacked with tools that boost engagement and cater to the requirements of modern players, and we expect the partnership to effectively nurture our presence in the Bulgarian market.”

Chris Kambourov, Casino Manager at Sesame, said: “By taking Wazdan on as our latest partner, we are able to serve some of the greatest games on the market to our players.

“As a brand, we are committed to delivering excellence and discovering new ways to strengthen our reputation in the wider industry, and Wazdan’s engagement-boosting products are guaranteed to facilitate this.” 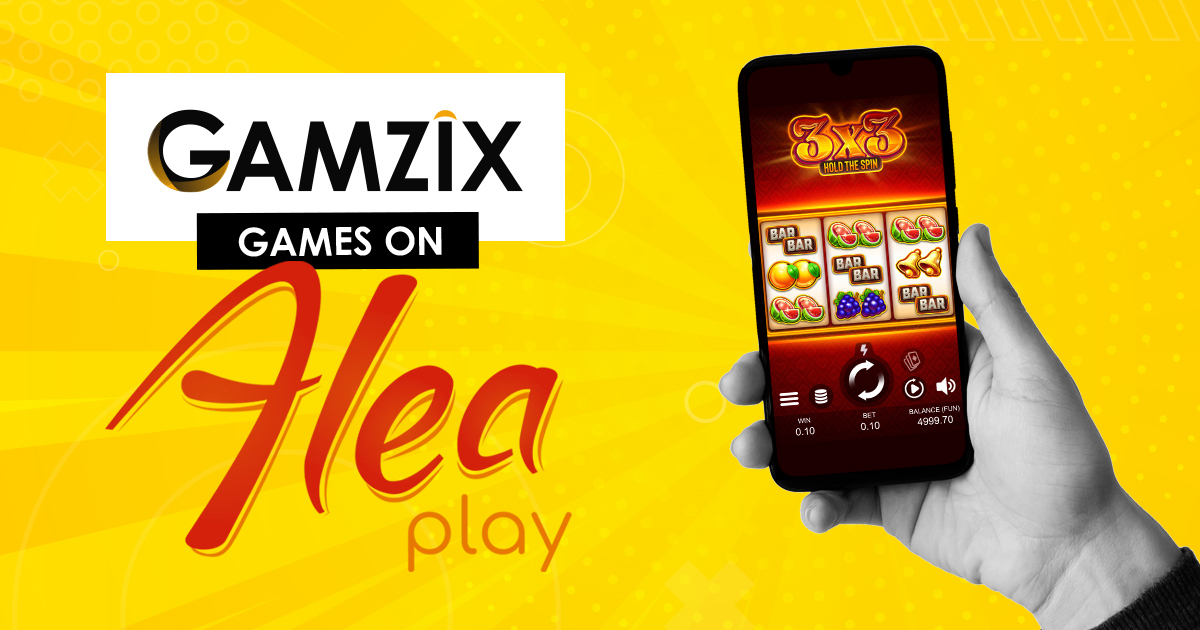 Gamzix, igaming development studio, has announced a partnership with Casino Game Aggregator “Alea”. The provider is getting wider by adding to its partners дшone more new platform.

Alea is New Generation Casino Game Aggregator with a massive (+10.000)  library of classic casino games, slots, live games and exclusive content with special features. It is giving access to every kind of entertainment and fun just in a few clicks.

For 2,5 years the existing Gamzix developed 29 themed, classic, unique slots. All of them you can find on alea.com including the most popular, like Sunny Coin: Hold the Spin, Rich Granny and Gold Mania. And new ones, which have just been released: Buffalo Coin: Hold the spin and 3х3: Hold the spin.

“Realizing the growth of the company is the biggest pleasure for me. And being surrounded by people who support your business and ideas shows that we are on the right path. We are excited about the partnership with Alea and absolutely sure it brings to both sides the best experience”, – added Lida Kosogova, CCO at Gamzix.

“It is a pleasure for Alea to add Gamzix in our portfolio. We are convinced that thanks to the innovation and wonderful job Gamzix is doing, we will soon see them at the top. We are super happy about this new partnership”, – added Eduard Verdaguer, Games Manager at Alea.

Gamzix thanks Alea Team for the trust and looking forward to fruitful cooperation!

The SOFTSWISS Jackpot Aggregator strengthens its client portfolio and announces the launch of the first jackpot campaign for the online casino Oshi. This partnership has enabled Oshi Casino to run the Progressive Mystery Jackpot with 3 different levels.

Oshi is an online casino which provides players with slots, live casino games, table games, jackpots and a variety of bonuses. The casino is licensed and regulated by Curacao and supports using crypto and fiat money in their work.

The close interaction, well-coordinated work and partners’ expertise had a favourable impact and contributed to the launch of the first jackpot campaign for Oshi Casino.

Aliaksei Douhin, Head of SOFTSWISS Jackpot Aggregator, noted: “We congratulate the Oshi team on the launch of their first jackpot. It has been a pleasant and smooth collaboration and we have already received excellent feedback from the new partner. We always strive to exchange experiences to gain the best results and the Oshi team proposed many interesting ideas that we will realise together in the future. Such efficient work always inspires to improve the Jackpot Aggregator further to provide more innovative tools for online casinos.”

The Oshi Casino team continued: “We want to express our sincere gratitude to the Jackpot Aggregator team, who led the integration of the new jackpots from the beginning till the end. Due to the product representatives’ vast know-how, we have effectively defined settings that will power our jackpot campaigns and have received important answers to our questions. We do enjoy working with the SOFTSWISS team and look forward to running more projects together.”

The SOFTSWISS Jackpot Aggregator is a multipurpose gamification and marketing tool that helps iGaming businesses add value to their offering and manage promotional jackpot campaigns. It is a jackpot management system that is offered as Jackpot as a Service and can be integrated into any iGaming project, such as an online casino, game provider, or game aggregation platform.