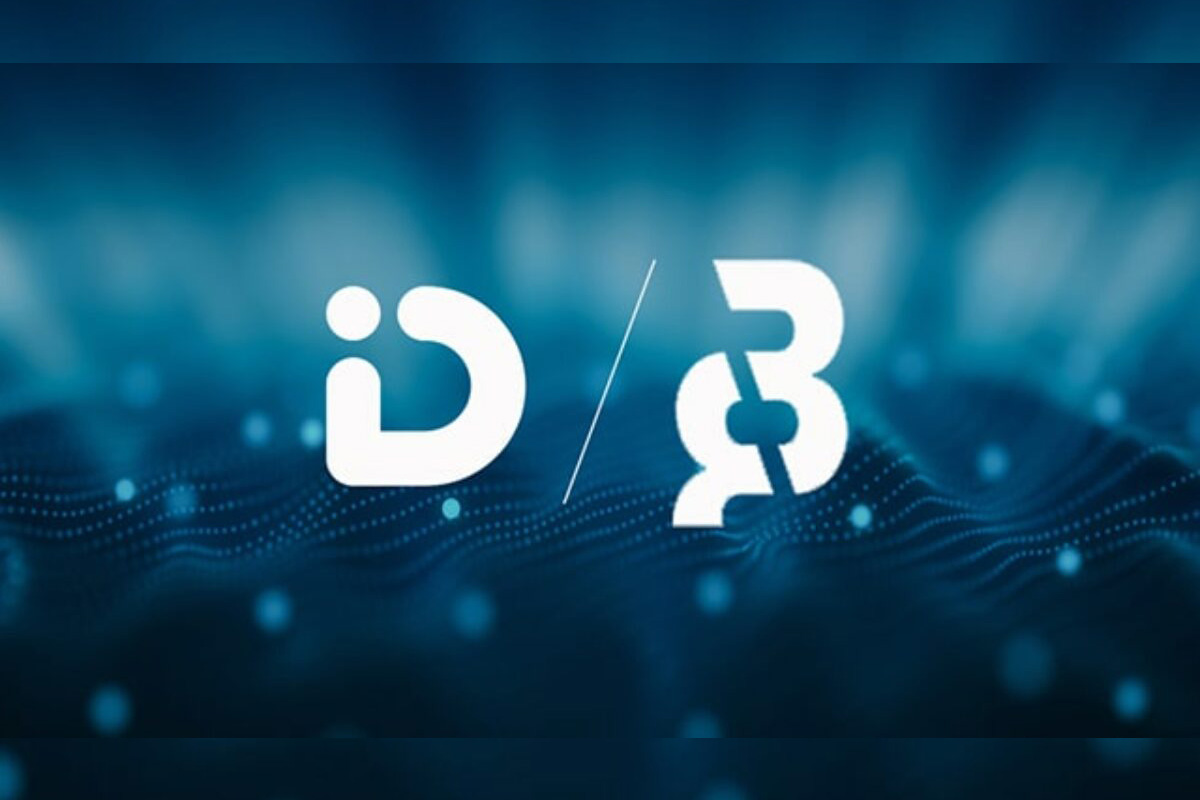 BitBoss has completed the integration of its blockchain-based casino application with DotWallet, the popular China-based Bitcoin SV-powered digital currency wallet and application ecosystem.

As a result of the integration, DotWallet users will gain native access to the BitBoss iGaming platform, which is now available for download from the DotWallet App Centre.

DotWallet users can log in to the BitBoss game platform automatically – without the need to register – and are able to start playing after activating automatic payments. Transaction flows and order details, as well as features such as automatic payment limits, are all provided natively within DotWallet, which, together with the security technology integrated with the BitBoss platform, ensures a secure and transparent experience for players at all times.

“Today’s news marks the culmination of a months-long process between the BitBoss and DotWallet teams to integrate our leading iGaming technology with their successful digital currency platform. We are excited to be able to offer DotWallet’s substantial userbase an iGaming experience which puts fairness first and look forward to working with their team further as we continue to innovate with BitBoss,” Matthew Dickson, CEO of BitBoss, said.

“At DotWallet, we believe that there is a bright future for Bitcoin SV-based iGaming applications such as BitBoss, that ensure fairness and honesty for all players. We are delighted to see the combined efforts of our two teams go live today and demonstrate the benefits of a more efficient and transparent digital ledger with Bitcoin SV,” Lin Zheming, CEO of DotWallet, said.

China Continues its Efforts to Crackdown on Cross-border Gambling 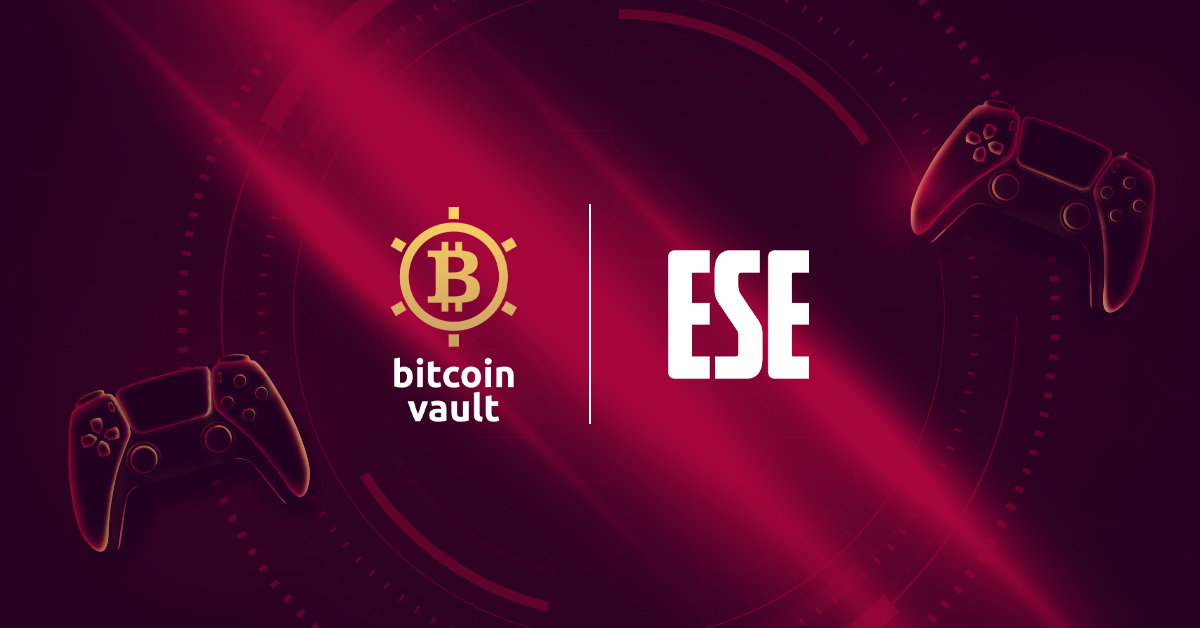 Bitcoin Vault (BCTV), a crypto currency project that is being operated and managed by the blockchain development company, Electric Vault, has sealed a landmark partnership with ESE Entertainment (ESE), a Europe-based entertainment and technology company focused on gaming and esports, to co-produce and co-distribute a gaming talent show in five countries namely China, Japan, South Korea, Vietnam and Brazil.

The production deal propels BTCV and ESE’s unified goal to link crypto currency and gaming in one ecosystem. This partnership also powers BTCV coin to expand its presence and services in the global esports and gaming markets. BTCV is known for being the only Proof of Work (PoW) cryptocurrency that offers a reversible transactions feature on an immutable blockchain, adding a new layer to users’ security.

“Esport is a rapidly growing industry and driver for fintech based on cryptocurrencies. Those industries are already working together, and we want to contribute our part to the global cryptocurrencies adoption. We are glad that we can work with such an experienced partner as ESE on a shared project dedicated to the global gaming community, where young non-professional players can show their skills. We are happy to support the crypto and gaming communities,” says Radek Popiel, Chief Communications Officer at BTCV.

Meanwhile, ESE will be managing the production and infrastructure of the show, including the development of the project concept, media plan, technology implementation, marketing, and overall campaign roll-out. Other partners involved in the project include VYRAL Producer of Gaming Projects, VidWe, Converters and Next Level Agency.

“ESE is actively exploring new and innovative ways to incorporate cryptocurrencies and other blockchain based payment solutions within the gaming and esports world. We are thrilled to run this major gaming talent show with Bitcoin Vault in markets that are global leaders in esports and gaming,” states Jedrzej Steszewski, ESE Director of EU Operations .

Series of gaming tournaments will be held in China, Japan, South Korea, Vietnam and Brazil from June 2021 until the end of the year. Bitcoin Vault (BTCV) will gain exposure to the new markets and new audiences creating a potential for new partnerships within the esport growing industry.

Drop in For a Chat with Sportsbet.io’s New Club Talk Feature 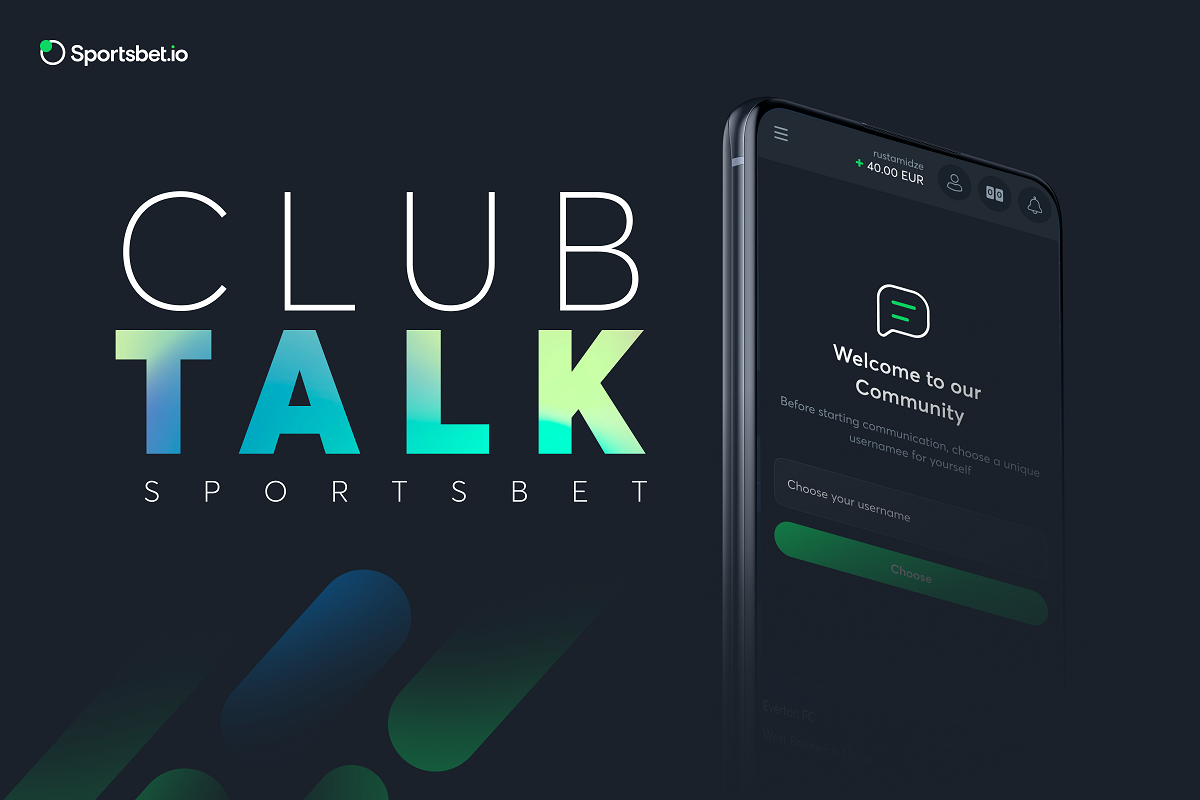 Sportsbet.io is inviting users to its new Club Talk room, a game-changing chat function where its community can talk about sports while discussing and sharing bets.

Club Talk is now live at Sportsbet.io, and can be accessed on desktop and mobile from the bottom right corner of the screen.

It is already home to a thriving community of Sportsbet.io users, and has also welcomed several guests from the Sportsbet.io team, who’ve dropped in to join the conversation.

Club Talk will also be the home of interaction between Sportsbet.io’s community and featured guests and celebrities in the sportsbook’s new streaming series Behind the Bet. Customers will have the opportunity to contribute to live interviews and talk directly with stars through the Club Talk forum.

Ahead of the European Championships, which kicks off in June, Club Talk users will enjoy exclusive promotions and bonuses not available anywhere else on Sportsbet.io.

Joe McCallum, Director of Sportsbet.io said: “Club Talk has quickly become a lively hub of discussion about everything from the latest sporting action to the hottest betting tips. Sportsbet.io users have jumped at the chance to get involved, and we’ve built one of the most welcoming communities around.

“With a big summer of sport ahead, including the European Championships, Club Talk is the place to follow the action and share your views. And even better, we’ll be giving out some fantastic bonuses to those who are taking part.”

A Golden Opportunity: How to Win a Lamborghini in 2021 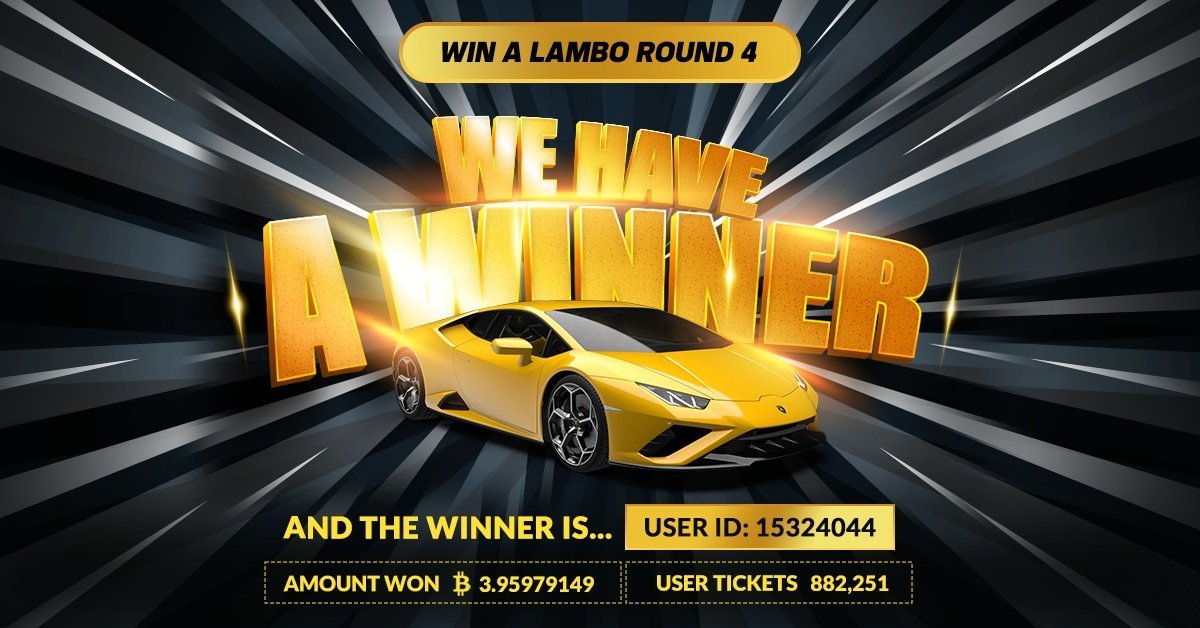 On April 24th, a FreeBitco.in user, out of over 42 million registered users, won a brand new Lamborghini, crypto’s favorite car.

And that wasn’t the first time. Since May 2019, FreeBitco.in, one of the world’s biggest Bitcoin gaming websites, has given away Lamborghinis to four lucky winners.

And they don’t intend to stop…

The Lamborghini Giveaway at FreeBitco.in is a Golden Ticket Contest where users have to collect Golden Tickets which are entered into a provably fair draw to pick the winner.

User 15324044 is the latest winner and they held over 882,251 Golden Tickets over the course of the contest. The lucky winner gets to choose between a Lamborghini or $200,000 in BTC credited directly to their FreeBitco.in account.

Over the last 2 years, FreeBitco.in has given away a total of $800,000 in BTC through four popular editions, and now they’re making it $1 million with Round 5.

And the best part? You can win a Lambo too!

Win a Lambo Round 5 began as soon as Round 4 ended. Everyone can participate in Crypto’s Biggest Giveaway and stand a chance to win.

The contest ends on 23rd October, 2021. You have six months to collect as many tickets as you can. Who knows, you could be driving home a shiny Lamborghini come October!