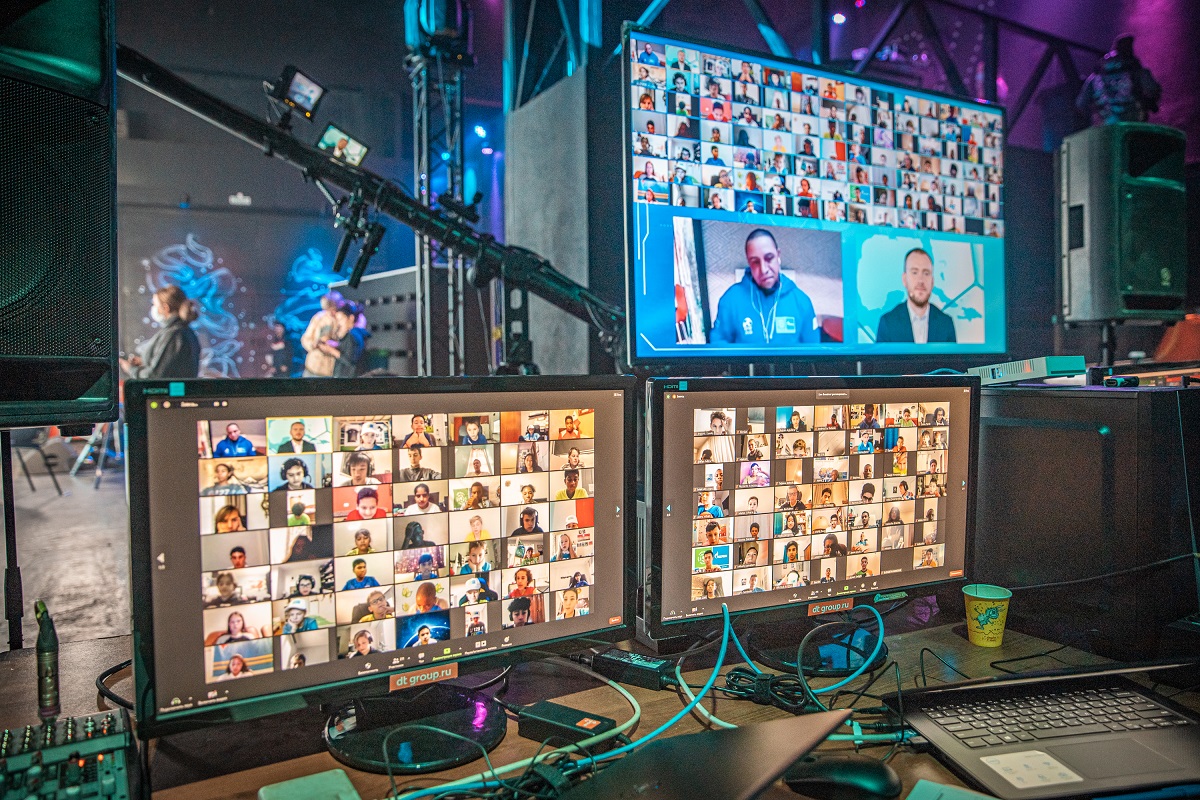 The Football for Friendship eWorld Championship (eF4F) will be taking place for the second time at the end of May. After sports fans from over 100 countries took part last year, 211 countries and regions will be represented this time round.

The important events in Gazprom’s International Children’s Social Programme Football for Friendship (F4F) will be taking place in a digital format this year too because of the pandemic. Following established tradition, a few highlights are being organised to take place in Istanbul, the host city for the final of the UEFA Champions League, from 28th to 30th May.

The 2021 Football for Friendship eWorld Championship (eF4F) will take place on the multiplayer simulator Football for Friendship World (F4F World), which was specially developed for F4F. International team matches can be organised on this platform in real time. The individual users, each of whom is a player on the team, come from different countries. The team consists of a goalkeeper, a defender, two midfield players and two attackers. There is also a trainer and some substitutes. A game runs for 2 halves of 3.5 minutes.

Since 19th April, football academies all over the world have been invited to nominate girls and boys aged 12 to 14 as players. The draw that will put the kids into International Teams of Friendship will be in the middle of May. The Football for Friendship eWorld Championship (eF4F) will take place from 27th to 29th May.

The winners of the 2020 Football for Friendship eWorld Championship were the team “Granular salamander”, whose players came from Bosnia Herzegovina, Kazakhstan, Latvia, the United Arab Emirates, Russia, and Turkey. In the course of the final events in the 8th season of “Football for Friendship”, a new GUINESS WORLD RECORDSTM title was set for the most users in a football video hangout. This year too F4F is aiming once more to set what would be a third GUINESS WORLD RECORDSTM title.

Since December 2020, F4F World has been available to anyone interested, outside of the eF4F tournament as well, free of charge in 27 different languages. An exciting match, in which the Nine Values of Football for Friendship: friendship, equality, fairness, health, peace, devotion, victory, traditions, and honour, are emphasised, awaits F4F World players. The particular features of F4F World include an original, hand-drawn design, a unique profile modification function, the option of playing in various divisions and leagues, of founding one’s own club or of inviting randomly selected players from around the world to take part in the match. In addition, participants can design their own player as they wish. For example, the players’ hairstyles show the colours of their respective national flags. The 2021 version will also offer some new features like training sessions. The F4F World game is available on MS Windows, Apple MacOS and iOS and was developed by the company DataArt.

Andrey Trusov, DataArt: “It was very interesting and motivating to have the opportunity to contribute to the development of F4F. For me, it was a new experience that there is such a competition for children – one that also promotes values like friendship, fairness, and peace. My colleagues and I engaged very intensively with the whole F4F concept in order to be able to give it form and expression in virtual reality.”

About the programme:
The International Children’s Social Programme Football for Friendship has been run by Gazprom since 2013. Over the previous eight seasons, the programme has brought together over 15,000 participants from 211 countries and regions and over 6,000,000 supporters.

Young Players and Young Journalists are the participants in the programme – boys and girls aged 12 including children with disabilities. Young Players represent different countries and cultures united in the mixed teams of the Football for Friendship World Championship. They show that nationality, gender, and physical abilities aren’t a barrier to becoming a team. Young Journalists cover the events of the programme in the International Children’s Press Center. All participants become Young Ambassadors of the programme and continue to share their Football for Friendship experience and promote universal human values: friendship, equality, fairness, health, peace, devotion, victory, traditions, and honour.

In 2020, Football for Friendship was held online. A special digital platform connected over 10,000 players of all ages. It has become the home for international children’s competitions and a playground where anyone can train, join in the international mixed teams and play their favourite game in the Football for Friendship format without leaving the comfort of their home. 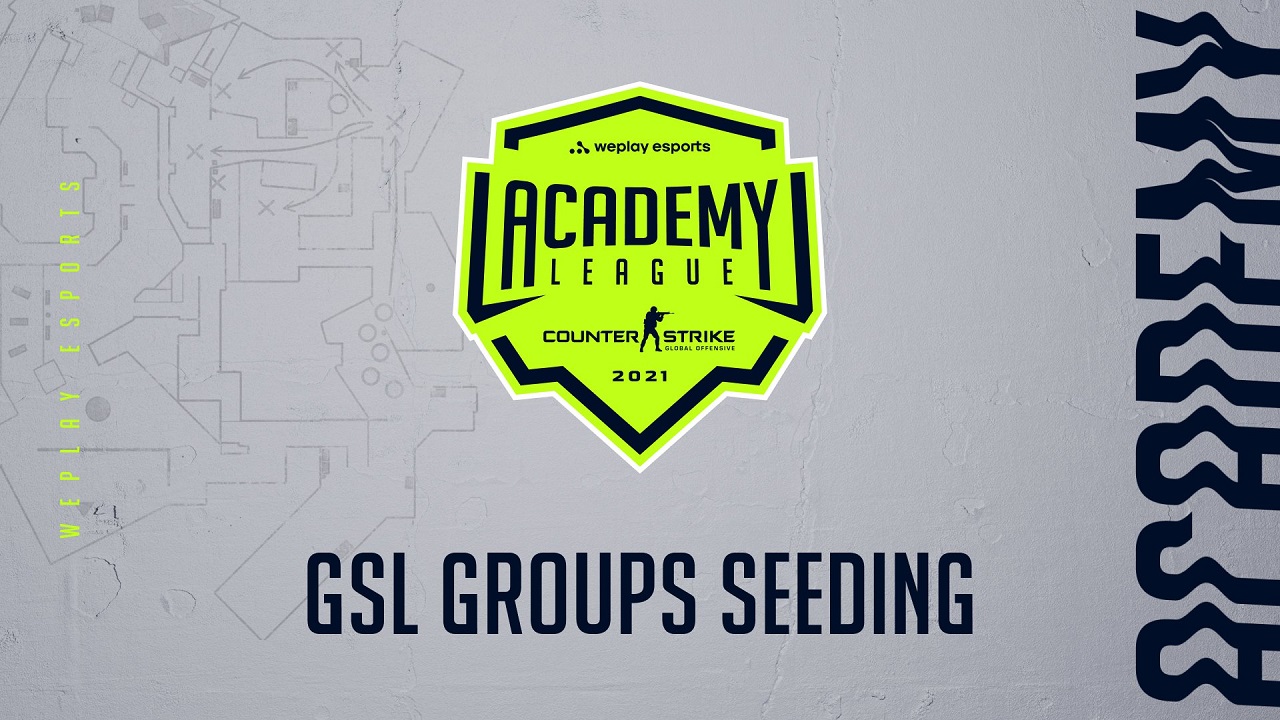 During the Group Stage, the participating teams will compete against each other within their groups for a place in the Playoff Stage.

Due to the recent changes in the organization format of the second season of the CS:GO tournament WePlay Academy League, eight participating teams were split into two GSL groups for the Group Stage of the competition. The teams that show the best results within their respective groups will automatically go to the Playoff Stage. Teams that take the second and third places in each group will fight each other for the last two spots in the Playoffs.

The first match will take place on September 28, at 5 p.m. CEST. 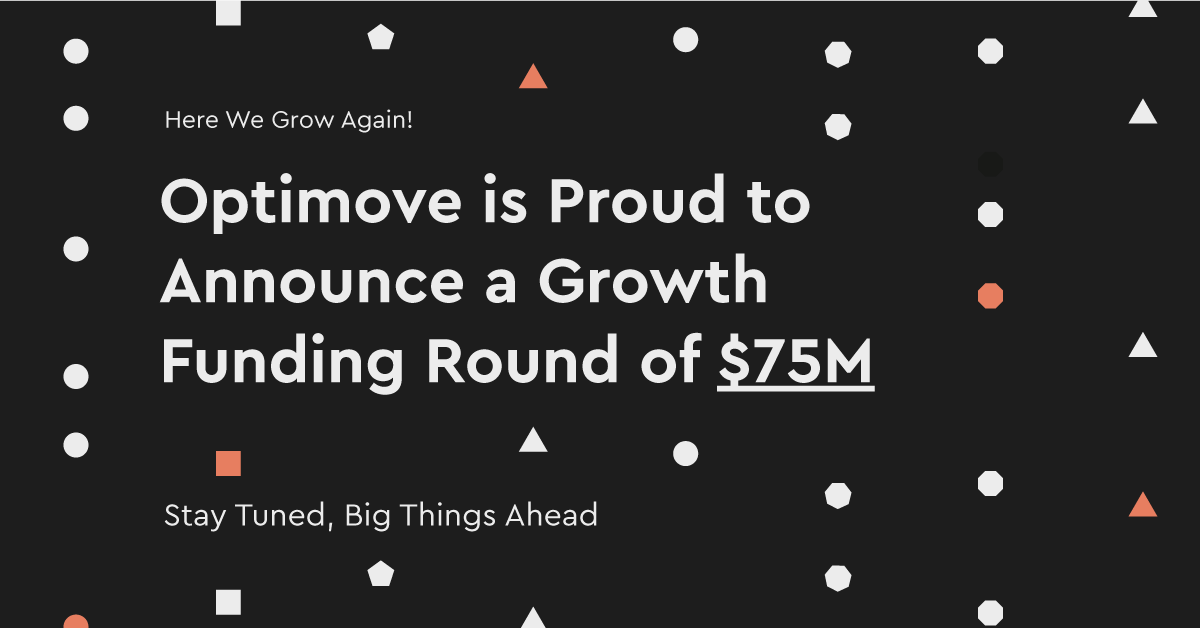 Summit Partners’ investment will fuel Optimove’s M&A strategy, hiring and go-to-market of its SaaS application for customer-led growth and retention

Optimove, a leader in CRM marketing, today announced a $75 million investment led by global growth investor Summit Partners. The financing will support continued investment in strategic hiring and M&A, expansion of the company’s Customer Relationship Management (CRM) Marketing platform, and further acceleration of Optimove’s rapid growth. The company also announced the addition of Summit Partners’ Head of Europe, Han Sikkens, and Managing Director Steffan Peyer to its Board of Directors.

Optimove’s SaaS technology combines a Customer Data Platform (CDP) with a Multichannel Marketing Hub (MMH) designed to uniquely empower brands to deliver personalized marketing campaigns to connect and engage with existing customers. Unlike more traditional solutions that rely on common, rule-based orchestration, Optimove places customer data at its core, layering advanced AI-based campaign orchestration on top. This helps its users manage large-scale CRM marketing frameworks, personalizing thousands of campaigns to hundreds of segments and reaching each end player with the optimal message and promotion across email, mobile and other channels. The company’s solutions help operators achieve and attribute measurable improvement in key metrics such as churn, reactivation, conversion, and lifetime value per each player, campaign, set of campaigns, and across the entire customer base.

“In the last 18 months, digital consumption grew like never before. As a result, the cost of acquiring new customers has skyrocketed, while customer loyalty took a deep dive. Now, more than ever, brands understand the urgency to invest in existing customers to drive growth,” said Optimove Founder and CEO, Pini Yakuel. “We built Optimove to address the challenges operators face when attempting to deliver personalization at scale. Our solutions are designed to offer marketing teams direct access to their player data to build, test and optimize their CRM campaigns. Our AI engine helps ensure that every player receives the marketing treatment that increases their lifetime value, through the optimal channel, at any given time.”

According to data from Gartner’s Market Share Analysis: Customer Experience and Relationship Management Software Worldwide, the multichannel marketing market grew at a 3-year CAGR of 17% and is expected to reach $10B by end of 2021.

Headquartered in Tel Aviv and operating from offices in New York and London, Optimove was bootstrapped for its first five years and has scaled quickly, while maintaining healthy profit margins, since its founding in 2012. This new capital positions Optimove to further accelerate its growth and expand its global footprint. Today, the company’s CRM Marketing platform sends more than 23 billion optimized messages through email, mobile, ad platforms and other channels, to over 3 billion customers every year. Optimove serves more than 500 brands – including Entain, Gamesys, Kindred, Penn National, Sisal and others – and integrates with leading gaming platforms, such as Playtech, Pragmatic Solutions and SBTech, alongside leading execution channels, including Facebook, Google Ads, Dynamic Yield, and Attentive.

“The growth in e-commerce over the past decade has led to ever-increasing online competition, forcing brands to evolve their marketing strategies to deliver seamless, personalized omnichannel experiences that resonate and drive loyalty with consumers,” said Steffan Peyer, Managing Director at Summit Partners. “From its roots in Israel’s thriving and dynamic technology ecosystem, Optimove has grown into a truly global business, serving well-known brands across more than 40 countries. With strong technology, a strategic executive team, and the addition of growth capital, we believe Optimove is poised to build on its market leadership position.”

Over the last 12 months, Optimove generated revenue growth of more than 40% while continuing to maintain healthy profit margins. The company currently has 280 employees and plans to double its global headcount over the next 24 months, with hiring predominantly for its technology, customer, and commercial organizations.

Optimove is widely recognized as a category leader, with notable recognition as a Leader in “The Forrester Wave™: Cross-Channel Campaign Management (Independent Platforms), Q3 2021; a Challenger in Gartner’s 2021 Magic Quadrant for Multichannel Marketing Hubs; and one of the Top Five Leading Customer Data Platforms from G2’s Fall 2021 Grid® Report. 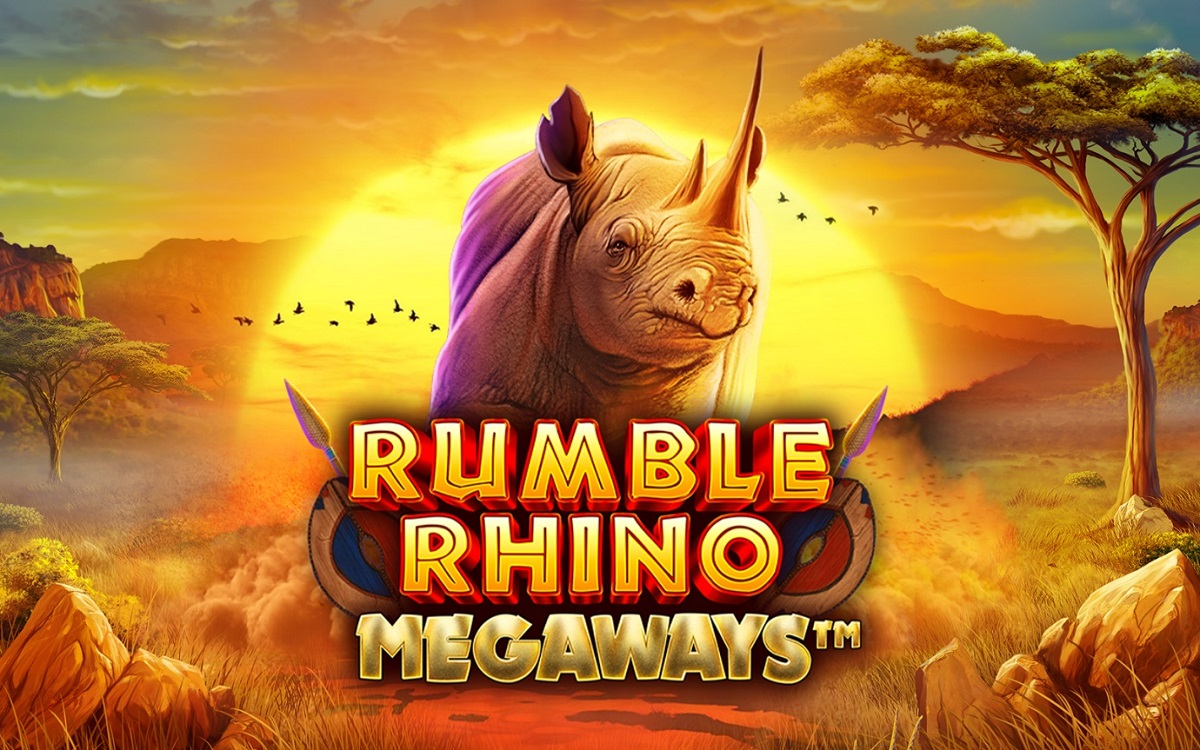 The action-packed title offers exhilarating features and huge potential with 86,436 ways to win thanks to the popular Megaways™ mechanics.

Set in a sun-drenched African landscape, players trek across the savanna in hunt for majestic rhinos and big wins, surrounded by a beautiful backdrop and herds of wild animals.

The unique reel layout and 7×4 Mega symbols that can cover up to 28 reel positions puts players on the path to huge wins. Landing the Mystery Mask symbol will trigger a Rumbling Rhino stampede across the reels, flipping random symbols that convert into matching symbols for more winning combinations.

The Mega action doesn’t stop there because when a bonus symbol lands on reels 1 and 6, it awards 12 Free Spins. To keep the action coming and for the possibility to rack up even more rumbling big wins, the Free Spins can be retriggered during the feature.

Rumble Rhino Megaways™ is the latest addition to Pariplay’s proprietary games portfolio which contains 120+ innovative and entertaining titles for all player demographics and preferences.

Joey Hurtado, Managing Director of Games at Pariplay, said: “Rumble Rhino Megaways™ offers exciting and fun gameplay with immersive features that will have players truly entertained as they hunt for big wins.

“Featuring the ground-breaking Megaways™ mechanic that offers 86,436 ways to win and is hugely popular with players around the globe, this title is a must have in all operator lobbies.”

As well as its own games, Pariplay aggregates thousands of others from some of the industry’s best-known studios on its Fusion™ platform, which is also equipped with a range of conversion, retention and tool mechanics. The platform is now licensed in more than 16 regulated markets.

Responsible Gambling in the Czech Republic