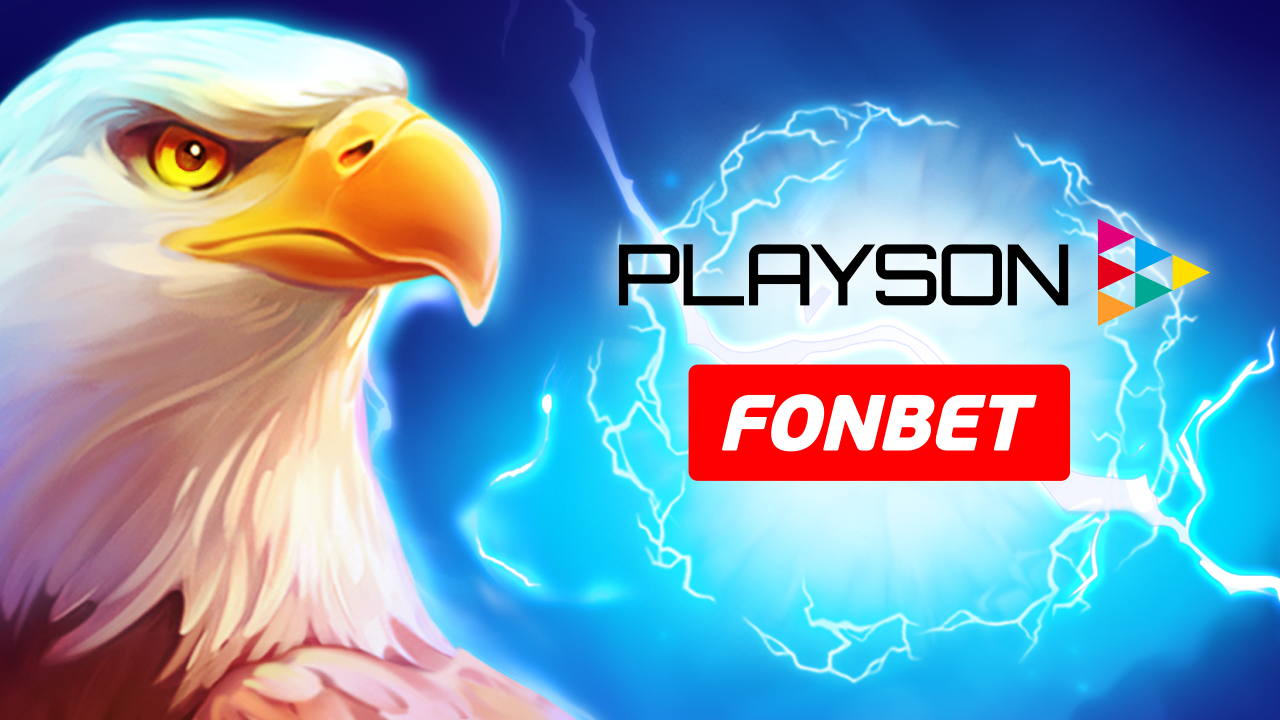 Casino games and software developer Playson has entered into an agreement to supply its games to Fonbet, in a move which extends the company’s footprint in the regulated market of Greece.

European operator Fonbet recently obtained a Greek licence and has since launched its new online site within the country.

As part of the new partnership, Playson will launch all 30 games that are certified for the market, including popular titles such as Legend of Cleopatra Megaways™, Hand of Gold and Hot Coins: Hold and Win.

This latest deal demonstrates the momentum the games developer is building within the newly-regulated marketplace after securing its supplier licence earlier this year. Playson’s content is live with a host of operators in the region and has attracted a wide audience.

Commenting on the deal, Alex Ivshin, Playson CEO said: “We’re delighted to be working alongside Fonbet and support the operator’s launch in the Greek regulated market.

“This deal once again illustrates the trust that new operators place in our games to drive player engagement and retention. Our content is proven to resonate with players across multiple European countries and is already forming a strong player base in Greece.”

Yiannis Zafiratos, Vice President at Plumo Limited(Fonbet.gr) added: “Partnering with experienced and prominent game developers such as Playson is an important strategic move when launching an online offering in a new market. We’re confident the company’s content will enable us to attract a large volume of players.

“We’re excited at the endless possibilities this deal provides us and are looking forward to working with Playson.” The SOFTSWISS Game Aggregator has received a Manufacturer Suitability License (A.1), which will allow the company to expand its presence in the Greek market. The Hellenic Gaming Commission (HGC) has ruled that the SOFTSWISS Gaming Aggregator can legally provide B2B gambling services.

The A.1 Category license allows the company to offer its services to gambling operators in Greece for 7 years. According to the licensing conditions at the moment the SOFTSWISS Game Aggregator can legally provide local operators with access to the content from 12 gaming studios.

Earlier this year SOFTSWISS obtained a Greek B2C gaming license for its first partner project in the Greek iGaming market. According to the legislation, the license is intended to operate in Greece and is available to players with Greek passports, IDs and bank accounts, as well as permanent residents of the country.

The official operation on the territory of Greece became possible after the adoption of new regulations by the country government in October 2019. As a result, the Hellenic Gaming Commission (HGC) opened the application process for new online gaming licenses at the end of 2020. The new rules provide for two types of operating licenses: for online gambling and for online betting. The new rules provide for both B2C operating licenses and B2B online gambling solution provider licenses.

“Obtaining a Greek gaming license was the result of SOFTSWISS’ long and hard work, which over the years has accumulated extensive experience and understanding of the iGaming market. Recognising the needs of our clients, we are constantly moving towards development and finding new solutions. One of them was getting local licenses, which allows SOFTSWISS to expand its presence in new regions. This summer we already opened a Greek market with a B2C gaming license. Now with the new B2B license local operators will be able to enjoy the benefits of the SOFTSWISS Game Aggregator. We have a lot to offer to the local gambling industry, so I am sure there are a lot of interesting projects and partnerships ahead of us”, comments Andrey Starovoitov, COO at SOFTSWISS.

The Game Aggregator API connects over 11,000 games from 170+ game studios to casino, sports betting and poker brands via a single integration.

SOFTSWISS is a widely-acclaimed iGaming expert supplying certified software solutions for managing gambling operations. The company has an international team, which counts 1000+ employees and has an official presence in Malta, Belarus, Poland and Georgia. SOFTSWISS holds a number of gaming licences, providing one-stop-shop iGaming solutions. The company has a vast product portfolio, which includes an Online Casino Platform, Game Aggregator with thousands of casino games, the Affilka affiliate platform, Sportsbook Platform and the Jackpot Aggregator. In 2013 SOFTSWISS was the first in the world to introduce a bitcoin-optimised online casino solution. 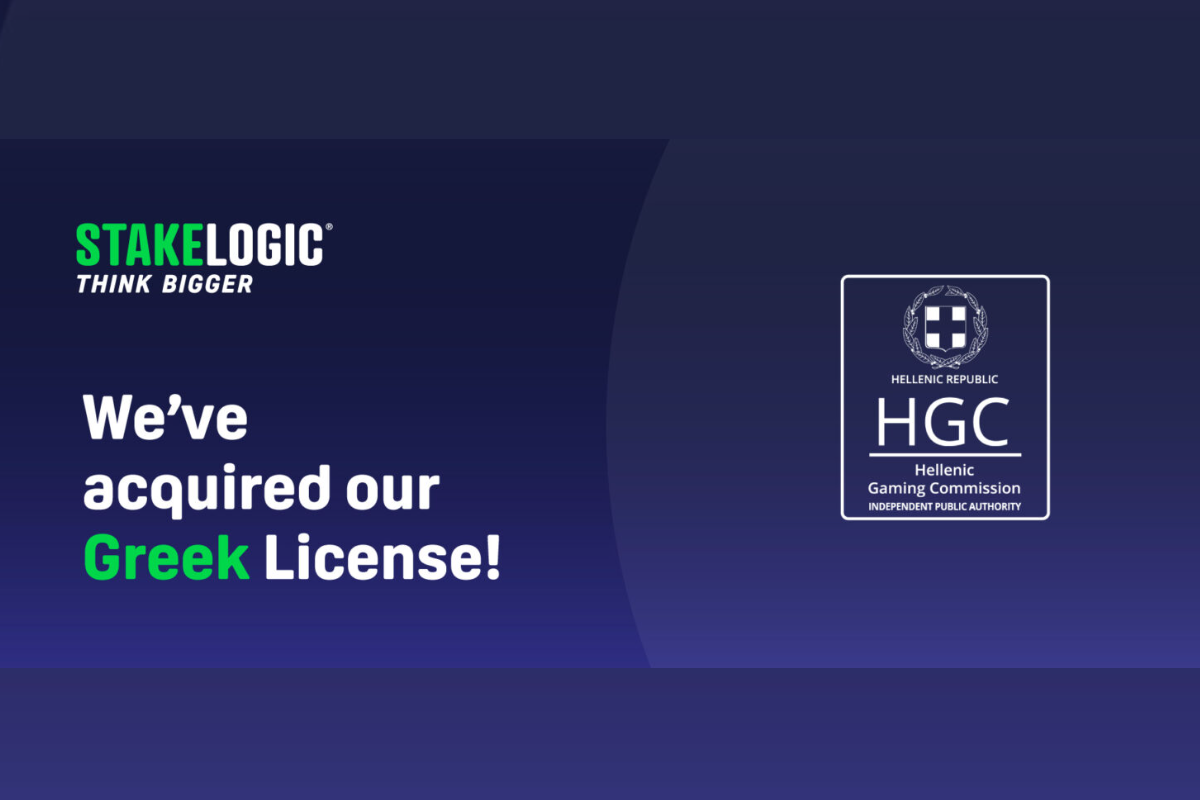 Stakelogic, the sought-after software studio behind fan favourite slots such as Mystery Drop and Extreme Megaways, have announced they’ll now be able to share their innovative catalogue of games with a brand-new audience after being granted a Greek gaming license.

Having already successfully passed the rigorous security checks of regulatory bodies such as the Malta Gaming Authority, Romania’s ONJN and the notoriously thorough UK Gaming Commission, Stakelogic can now add the Hellenic Gaming Commission to their growing list of approvals as the group gave them the green light to supply their full suite of slots and live games to online operators in Greece.

The news means that Stakelogic will now be able to offer their games to Greek players via any licensed casino in the country, enabling them to share their signature range of Super StakeTM titles in the market for the first time. With these games offering players the chance to raise their starting stake in exchange for perks such as extra scatters and bonus features, they’re sure to prove a popular addition.

With the Hellenic Gaming Commission opening up the application process for new online gaming licenses in October of last year, Stakelogic have moved quickly to gain the proper certification for Greece. Just as they did in the Ukrainian market earlier in the year, the popular providers were able to secure a suppliers license relatively early, enabling them to hit the ground running in the country.

The decision by Stakelogic to acquire a Greek gaming license to go alongside the others they hold in Malta, Romania, the UK and the Ukraine further emphasises the studio’s commitment to expanding its global reach and ensuring as many players as possible get to try out its exciting collection of games.

Stephan van den Oetelaar, CEO at Stakelogic, said: “Having thoroughly reviewed our business offering, we’re delighted the Hellenic Gaming Commission has awarded us a Greek gaming license and we’re very much looking forward to sharing our product with players in the country for the first time.

“The decision to move into Greece is reflective of Stakelogic’s wider strategy to expand its global reach and offer its premier collection of slots and live casino games in new markets the world over. Now licensed in five major gaming jurisdictions, we’ve proved once more that Stakelogic is a brand players can trust to deliver a high quality gaming experience that’s 100% regulated, licensed and secure.” 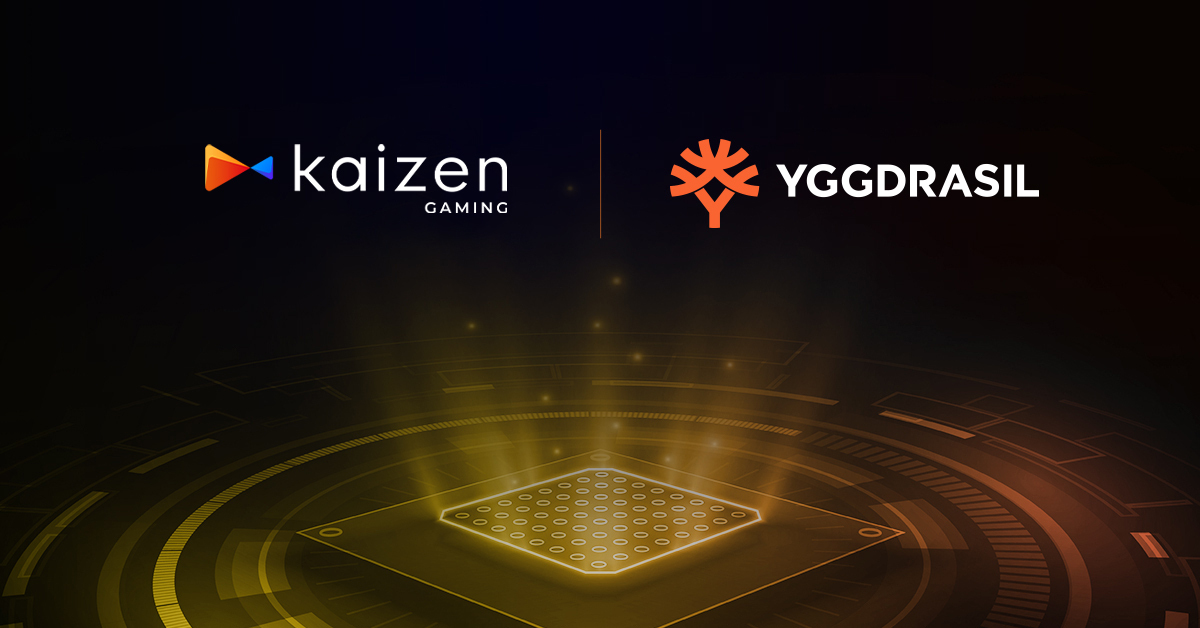 Yggdrasil the leading worldwide publisher of online gambling content, is set to boost its presence in Greece after striking a major distribution deal with leading operator Kaizen Group which also extends to other global markets.

The partnership will see Yggdrasil’s entire portfolio of games, as well as content from third-party studios via the successful YG Masters program, go live in Greece with Kaizen brand Stoiximan.

Yggdrasil’s content will also be made available in other key regulated markets in the near future such as Germany, Czech Republic, and Romania through Kaizen’s international brand Betano.

Expanding in Greece and strengthening its presence in other regulated markets is an important milestone for Yggdrasil as the supplier continues its global growth trajectory through establishing itself as the leading worldwide publisher of online gambling content.

Andrew Pegler, Director of Commercial Operations at Yggdrasil, said: “Kaizen Group is a renowned and respected operator and we couldn’t think of a better partner to expand in Greece with and to boost our presence in other key markets together.

“We are extremely proud of our content portfolio and next year will see us introduce even more outstanding games offering superior player experiences.”

Dimokratis Papadimos, RNG Casino Manager at Kaizen Group, said: “Yggdrasil is a well-established supplier with a superior games portfolio and this partnership will see us significantly boost our gaming offering, with unique new content, innovative mechanics, features and themes. We are thrilled to offer their content to our players in Greece and look forward to strengthening our partnership across all markets.”