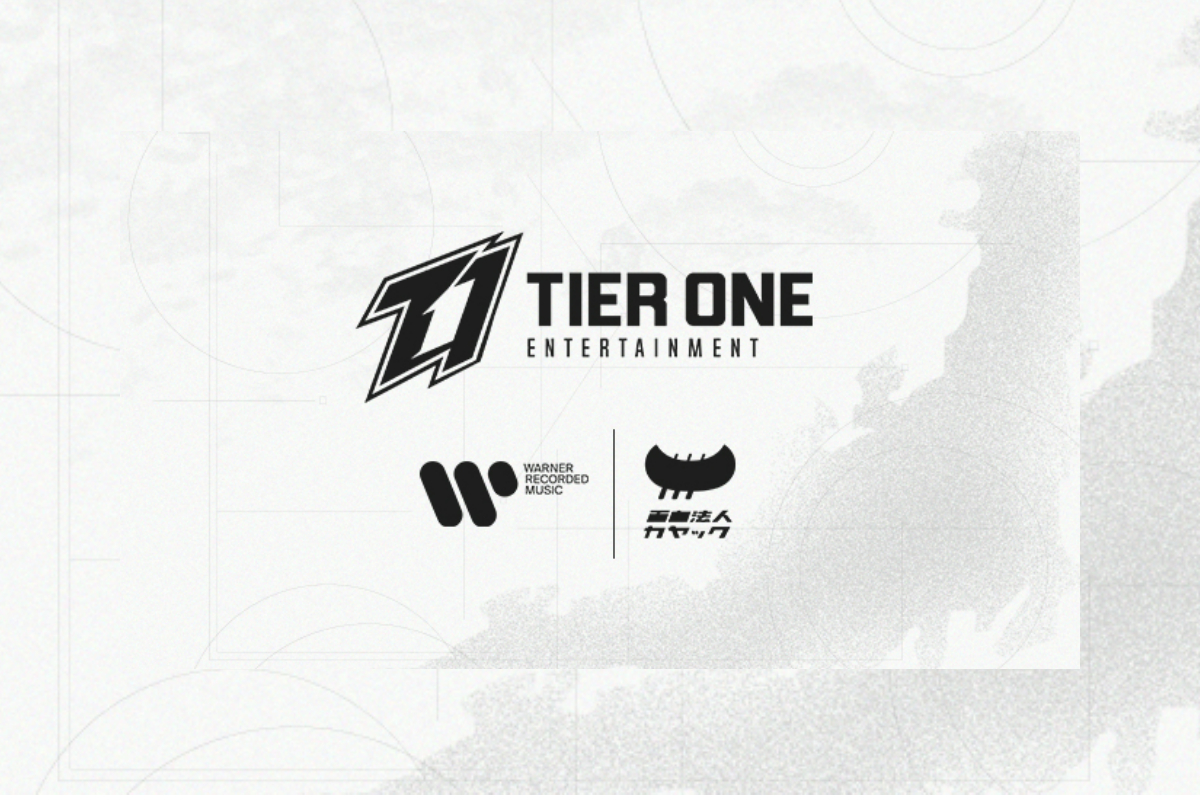 Tier One Entertainment, the gaming and esports entertainment pioneer and leader in Southeast Asia, announced its first foray outside the region by expanding its footprint to Japan. The expansion is part of Tier One Entertainment’s strategic move when it signed an investment deal with its investors, KAYAC, a Japan-based internet firm, and Warner Music Group, a global media company that has a strong market presence in Japan.

Along with its plans to discover the hottest up-and-coming local talents to sign and develop, Tier One Entertainment is debuting its first idol group in Japan to delight Japanese and global fans.

These four multi-talented individuals are set to redefine what it means to be an influencer and content creator who challenges the status quo. The idol group will be a new breed of Tier One talents who will elevate the level of content creation to new heights, delighting fans across the globe. The first member was announced by the company, with details shared by its Chief Executive Officer, Tryke Gutierrez, during the official launch livestream on October 8. Multi-talented model and cosplayer Harry “har_fie” Field will be the first member of “Project 4,” the unofficial name of the idol group. The rest of the members will be revealed in a series of promotions that Tier One Entertainment will launch in the next couple of months.

With the company strategically positioned at the intersection of content creation, media properties, and esports, the launch of the new idol group comes along with its vision of bringing gaming to the mainstream.

“Japan is a country with a long history both in gaming and innovation in multimedia. With over 57% of its population being gamers, there’s a big opportunity for us to grow our brand. Tier One is bringing our brand of entertainment to the Japanese gaming industry. Our goal is to gather a core team and build an initial roster of content creators that will elevate esports and video games in Japan in ways the country has never experienced before,” Tryke Gutierrez, CEO & Co-founder, Tier One Entertainment, said.

“Japan has always been my second home and is a country that’s really close to my heart. As gaming, esports, anime and toys become more and more part of a gamer’s day-to-day life, I truly believe that Tier One has to set foot in Tokyo, the mecca of geek culture. This is an exciting time for us and we can’t wait to see what we can do in Japan and the esports and gaming space there for the years to come.” he added.

“Through Tier One I was able to further share my passion for video games. Now with our Japan expansion, I get to work closely with another one of my great loves: Japanese culture. Not only are we signing new talents for the Japanese market, but we’re also going to debut our idol group, which will be Tier One’s greatest expression of cutting-edge style to date. That makes me very excited.” – Alodia Gosiengfiao, Co-founder, Tier One Entertainment.

Moreover, the gaming and esports company also looks to find those who are willing to join its mission in bringing esports and gaming to the mainstream as it opens its office in Japan this year.

“We are thrilled that Tier One Entertainment is bringing the enormous momentum of the SEA gaming scene to Japan as its first foray outside its territory. Our collaboration will allow us to forge unique kinds of gaming entertainment to audiences in Japan and other key markets in Asia,” Daisuke Yanasawa, Chief Executive Officer, KAYAC said.

Tier One Entertainment was founded in 2017 by esports veteran Tryke Gutierrez, cosplay and gaming star Alodia Gosiengfiao, and serial entrepreneur Brian Lim. Together, they sought to revolutionize the esports landscape in Southeast Asia. By focusing on the development of truly talented, top- caliber personalities, Tier One’s mission is to connect brands with the unique gaming audience like never before. Tier One has over 1,000 talents across its main brand and AMPLFY, its streamer collective brand. In addition, it currently manages 3 professional esports teams under its Blacklist International esports label. Tier One has also begun developing its own clothing and lifestyle brand with the Tier One Limited Collection. Now Tier One is setting its sights on expanding its influence throughout Southeast Asia with footholds in the Philippines, Myanmar, Malaysia, Vietnam and Japan. For more information, please visit www.tier.one

Betsson Group Publishes Interim Report for the Third Quarter of 2021 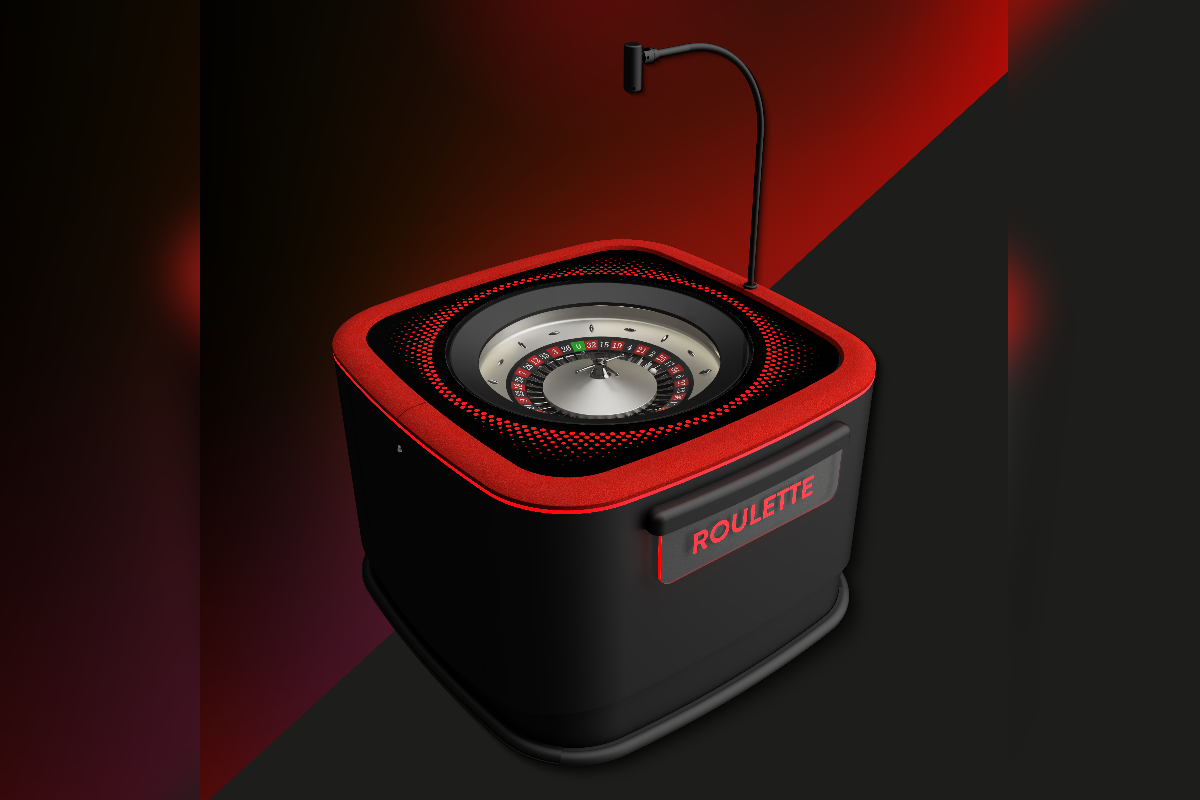 The cooperation between Spintec Gaming Technology and Asia Pioneer Entertainment Limited (APE), which has started more than 10 years ago, has proven beneficial for both parties and has yielded important business success in the region. APE as the largest electronic table game distributor in Asia has now become the exclusive distributor for Spintec products beside Macau also in Singapore, Philippines, and Malaysia, while also remaining their trusted partner in Vietnam and Cambodia.

The 3-year exclusive distribution agreement covering the large part of Southeast Asia is providing both partners with a valuable gambit to tackle the demands of the fast-growing market in the post-pandemic era. As the market is opening and growing, both partners will be taking advantage of their strong market positions and superior products to enhance their presence in the region even further.

Their previous cooperation has brought exceptional results in all the markets of the region, but especially in Macau. With its sheer size and tight regulation, but especially with the introduction of the EGM 2.0 standard, the Macau market is becoming one of the most demanding gaming markets in the world. Spintec products are of extremely high quality and have been hugely popular in Macau, not least because of the excellent services provided by APE. Spintec products are also fully compliant with all the regulations in Macau, including the EGM 2.0, so the partners are confident that their presence in this highly demanding market will continue to flourish.

Maria Garcia, Sales Director at APE for Macau & Southeast Asia, says of the cooperation: “It is truly an honor to be working with a producer of electronic table games of such high quality and a partner that is fully committed to growing in this important region.” Mitja Dornik, Regional Sales Manager at Spintec, agrees: “Our performance in Southeast Asia is growing day by day and we are thrilled to see that APE is helping us extremely on this path.”

Herman Ng Man Ho, CEO at Asia Pioneer Entertainment Limited, emphasises the importance of the high product quality in their partnership: “As the largest electronic table game distributor in Asia, it is our company policy to work with the best producers in every segment and Spintec is definitely a part of the ETG elite.” Spintec’s CEO Goran Miskulin is also extremely proud with their cooperation with APE: “Asia Pacific is one of the most important regions for us and we are thrilled to be cooperating with a partner that recognises our advantages and is able to translate them into a strong market presence.” Goran Sovilj, Spintec’s Global Sales Director, recognises the challenges of the Southeast Asian markets: “These markets are very lucrative, but only if the commitment to quality and service diligence is paramount. We realize that we need a strong and reliable partner to deliver in this region and with APE we have found just that.”