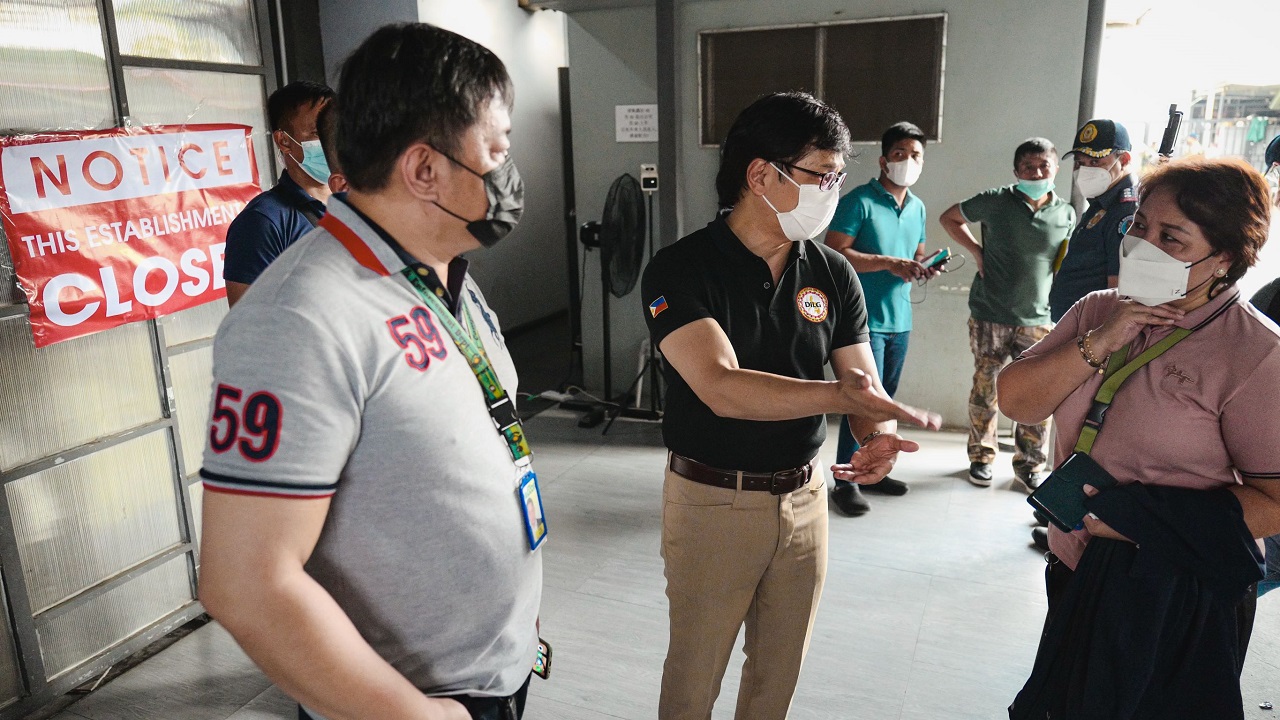 A total of 40 foreign nationals working in an illegal Philippine Offshore Gaming Operations (POGO) company in Angeles City, Pampanga were rescued on September 17, 2022 by the Philippine National Police (PNP), the Department of Interior and Local Government (DILG) and the Philippine Amusement and Gaming Corporation (PAGCOR).

According to DILG Secretary Benjamin Abalos, the rescue operations was a result of the inter-agency commitment among PAGCOR, DILG, Department of Justice (DOJ), Philippine National Police (PNP), and the National Bureau of Investigation (NBI) to put an end to the POGO-related kidnappings and human trafficking cases in the country.

Alongside the rescue of foreign workers, PAGCOR and DILG formally ordered the closure of the illegal POGO establishment in Angeles City.

The rescued POGO workers will be turned over to the Bureau of Immigration (BI) for the checking of their documents and working permits.

The NBI together with the BI led the operations after they received a call from the Chinese Embassy, requesting for the rescue of Chinese nationals.

The NBI reportedly rescued 70 Chinese, 16 Vietnamese, two Taiwanese, one Malaysian and 44 Filipinos who were allegedly forced to work in a fraudulent online POGO operations.

PAGCOR said that the license revocation of Crimson Tulip BPO, Inc. shows the state-run gaming firm’s commitment to help address all illegal POGO-related kidnapping cases, as these put the legitimate POGO operations in a bad light.

Since PAGCOR regulated the POGO operations in 2016, the industry helped the state-run gaming agency’s revenue generation efforts. Aside from this, regulated POGO operations created a multiplier effect on the revenues of various industries such as the real estate, food, transportation, construction, and telecommunication, to name a few.

But amidst recent reports on kidnapping and human trafficking involving POGOs, PAGCOR Chairman and CEO Alejandro Tengco said earlier that if POGO-related crimes in the country are not abated, the consequences may affect even the legitimate POGO operators.

On September 14, 2022, PAGCOR organized an inter-agency meeting with the DILG, DOJ, PNP, and the NBI to address the cases of kidnapping and human trafficking related to illegal POGO operations in the country.

The DILG, which has already started a crackdown against human trafficking, gave the PNP and other participating agencies a timeline of two weeks to abate all POGO-related illegal activities in the country.