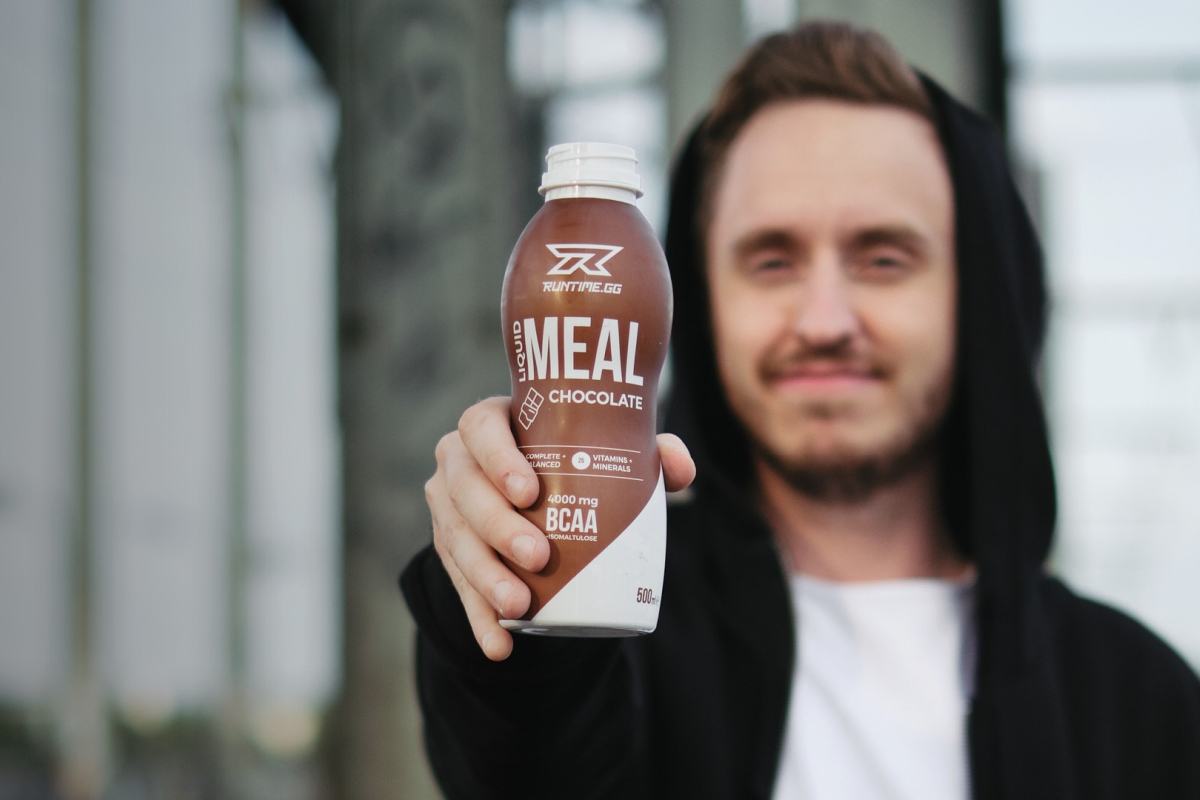 Runtime.gg, the leading nutrition company in gaming and esports, announced that it has launched its Liquid Meal, a ready-to-drink complete and balanced meal for gamers to optimize performance and satisfy hunger. Increasingly more esports athletes are training in a similar fashion as traditional athletes and the Runtime.gg product portfolio is equipped with ingredients that complement the rigorous training of esports athletes by offering convenient and comprehensive nutrition to improve both health and performance.

Runtime.gg creates nutrition solutions to meet the specific needs of gamers and offer healthier food and beverage alternatives. Developed by nutritional and sports physicians, the Liquid Meal accounts for one-fourth of daily nutrition needs and contains a well-balanced mix of carbs, proteins, fats, and 25 essential vitamins and minerals. Runtime.gg replaces commonly used sugars with isomaltulose, a natural form of carbohydrates that produces a slow and long-lasting increase in energy instead of a sudden spike. The inclusion of BCAAs (amino acids) aid in supporting effective muscle recovery and endurance. The Liquid Meal satisfies hunger, supplies long-lasting stamina, increases concentration and stabilizes energy levels to eliminate the crash associated with traditional sugary junk food.

“Gamers have mental sharpness, cognitive reactions and psychological traits comparable to professional athletes. They require comprehensive and convenient nutrition options that sharpen motor skills, support rapid decision making, and improve overall mental clarity,” said Raul Del Cid, Runtime.gg Founder and CEO. “Through products like our Liquid Meal, gamers can avoid unhealthy snacks that are detrimental to performance and fuel up on convenient vitamin and mineral enriched meals to keep them operating at their peak levels.”

The Liquid Meal joins an existing strong portfolio of products including the “Next Level Meal,” a complete meal shake prepared within a minute; the “Performance Drink,” a crash-free energy drink; the “OP Shot,” an energy boost formulated with green tea extract, tyrosine and multivitamins; and the “MEGABITE,” a smart protein bar.

The Liquid Meal Chocolate is available now in the Runtime.gg store. Liquid Meals can be purchased at €23,90 for a six-pack and €39,90 for a twelve-pack.

Don’t Gamble with Passwords – With MIRACL, it’s one PIN and You’re In 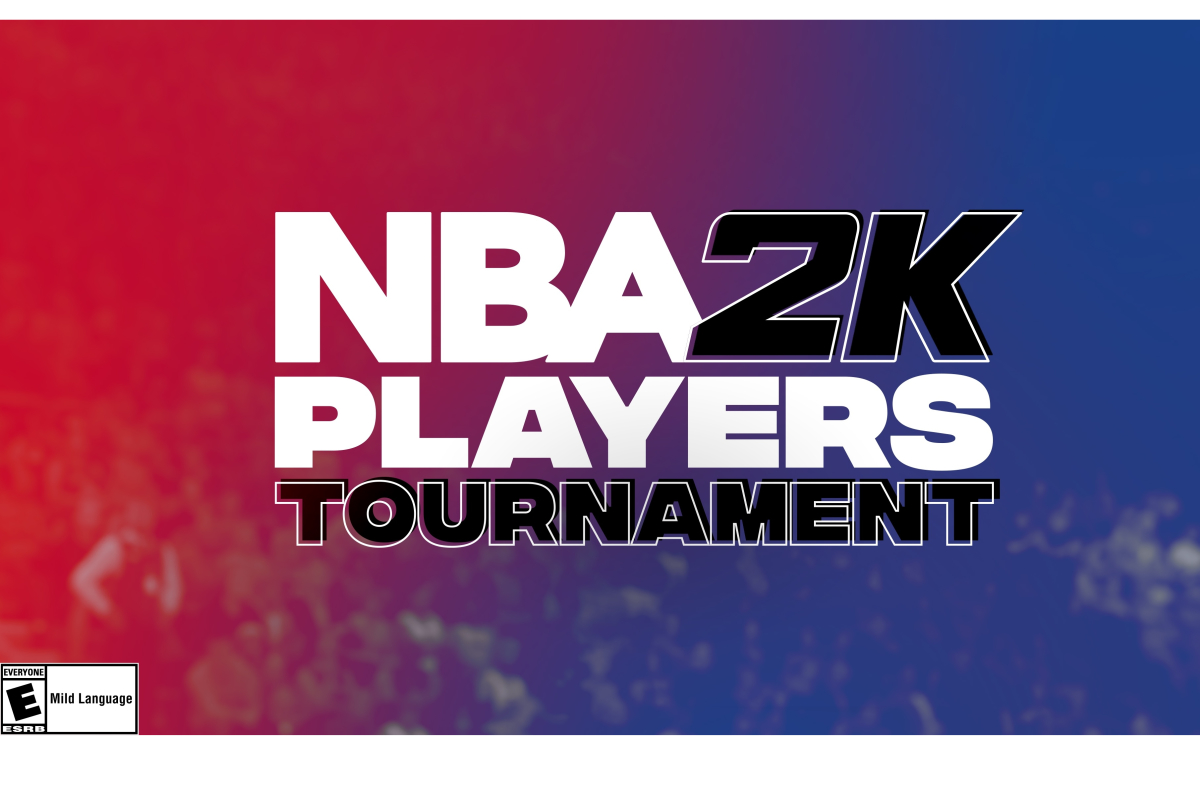 2K, the National Basketball Association (NBA), and the National Basketball Players Association (NBPA) today announced the “NBA 2K Players Tournament,” an NBA 2K20 gameplay tournament between 16 current NBA players. Beginning Friday, April 3 on ESPN and ESPN2, players – including top seeds Kevin Durant of the Brooklyn Nets and Trae Young of the Atlanta Hawks – will compete in a single-elimination, player-only tournament on Xbox One. The winner will be crowned the ultimate NBA 2K20 champion and select a charity beneficiary to receive a $100,000 donation from 2K, the NBA and the NBPA in support of ongoing coronavirus relief efforts.

“We’re thrilled to partner with the NBA and NBPA to bring basketball back to fans throughout the world and to help those in need during these uncertain times,” said Jason Argent, 2K Senior Vice President, Sports Strategy and Licensing. “Entertainment, especially sports, has the ability to bring communities together – including athletes, fans and families – and we hope that everyone will enjoy the tournament.”

“We are excited to tip off the first ‘NBA 2K Players Tournament’ in partnership with the NBPA and 2K, continuing an ongoing effort to stay connected with NBA fans around the world, while also giving back in this time of need,” said Matt Holt, NBA SVP of Global Partnerships.

“This tournament offers a unique opportunity for our players to compete with one another while also supporting their philanthropic efforts and engaging with their fans,” said Josh Goodstadt, EVP of Licensing for THINK450, the commercial arm of the NBPA. “We are excited to work with 2K and the NBA to bring this experience to life for the entire NBA community.”

Based on players’ seeding – which is determined first by NBA 2K rating, second by tenure – players will go head-to-head online in NBA 2K20. Prior to the tournament beginning, every player will choose eight of today’s NBA teams, each of which can only be used once. If a mirror match is set, the away team is awarded first choice of team. Rounds one and two will be single elimination, with the semifinals and finals running best of three.

Additional matchups will air through April 12. Every tournament game will debut on either ESPN or ESPN2, while also streaming on the ESPN App and running on NBA.com, the NBA App, and 2K and NBA social channels including Twitter (@NBA2K, @NBA), Twitch (@NBA2K, @NBA), YouTube (@NBA2K, @NBA) and Facebook (@NBA2K, @NBA). Fans can follow NBA 2K, NBA and NBPA for tune-in information, game commentary and game highlights, and they can join the conversation with #NBA2KTourney.

All trademarks and copyrights contained herein are the property of their respective holders.

Headquartered in New York City, Take-Two Interactive Software, Inc. is a leading developer, publisher and marketer of interactive entertainment for consumers around the globe. The Company develops and publishes products through our labels Rockstar Games, 2K, and Private Division, as well as Social Point, a leading developer of mobile games. Our products are designed for console systems and personal computers, including smartphones and tablets, and are delivered through physical retail, digital download, online platforms and cloud streaming services. The Company’s common stock is publicly traded on NASDAQ under the symbol TTWO. For more corporate and product information please visit our website at http://www.take2games.com.

The NBA is a global sports and media business built around four professional sports leagues: the National Basketball Association, the Women’s National Basketball Association, the NBA G League and the NBA 2K League.  The NBA has established a major international presence with games and programming in 215 countries and territories in 47 languages, and merchandise for sale in more than 100,000 stores in 100 countries on six continents.  NBA rosters at the start of the 2019-20 season featured 108 international players from 38 countries and territories.  NBA Digital’s assets include NBA TV, NBA.com, the NBA App and NBA League Pass.  The NBA has created one of the largest social media communities in the world, with 1.8 billion likes and followers globally across all league, team, and player platforms.  Through NBA Cares, the league addresses important social issues by working with internationally recognized youth-serving organizations that support education, youth and family development, and health-related causes.

The NBPA advocates on behalf of the best interests of all NBA players, including the negotiation of collective bargaining agreements, the filing of grievances on behalf of the players, or counseling players on benefits, educational and post-NBA career opportunities. Business opportunities are generated by THINK450, the subsidiary of the NBPA charged with managing the players’ group licensing rights.

Dedicated to preserving the legacy of its members, the NBPA Foundation provides support and assistance to persons, communities and organizations around the world that seek to improve the lives of those in need. 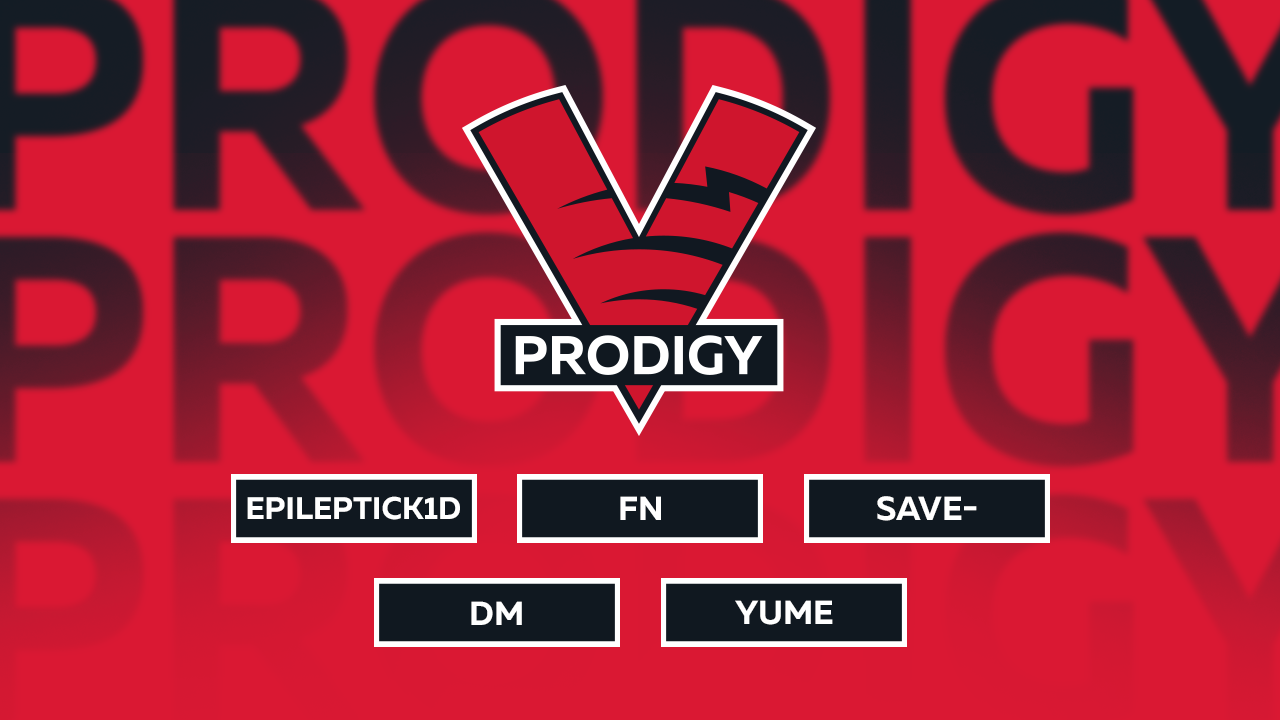 Sergey Glamazda, Virtus.pro General Manager: “The thought of the second lineup came to us back in January, however, only after the Leipzig series had it become more than just an inkling. The idea is fairly simple: the second lineup allows young players to attain professional scene experience and knowledge without the enormous pressure of instant result expectation. The club has acquired players that might join the main roster later – or even replace it completely in the long run.

Choosing the right name was a bit of an adventure for us. From the proven classics like “Young” and “Junior” to some community-related memes, but we have chosen “VP.Prodigy” in the end. Of course, the famous band instantly comes to mind, but we were going for the word’s original meaning in this case: “a young talented person”. I think this name reflects the roster’s nature to the fullest. At the moment, the guys are facing the main goal of attaining the level of play that would allow them to compete to advance to a Major-status series through open or closed qualifiers in 2019/2020 season, or through the league system in 2020/2021 season.”

The new Virtus.pro roster is to debut in StayHome Challenge that will take place from 1st through 12th of April. The team will face B8 on April 2nd at 18:30, Moscow time. 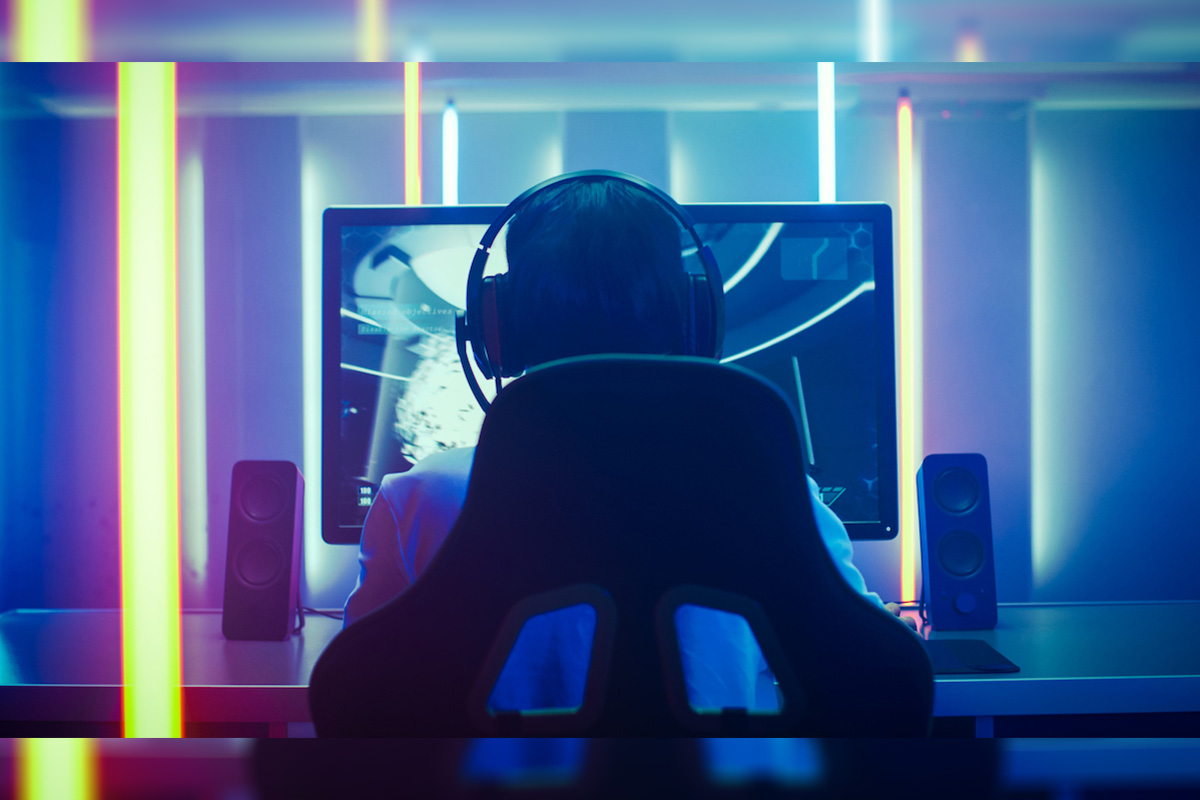 Research reveals that millions of sports fans are turning to eSports for entertainment during lockdown and self-isolation, highlighting what we’re watching the most and the games which have seen the highest increase in viewings.

OLBG saw a staggering increase of 943% in traffic to their eSports tips page last week, as the world went into lockdown, following a time of social distancing and have pulled together their first weekly eSports update, sharing insights into the sport during lockdown: https://www.olbg.com/us/insights/esports-update

The outbreak of COVID-19 has had a devastating impact on the world of sport, with an unprecedented level of events being canceled in the interest of public safety.

However, one sport has been largely unaffected during these uncertain times, with many sports fans turning their attention to the virtual world.

More people than ever before watching and playing video games at home; eSports, and the last 7 days has seen some crazy stats come out:
The Steam gaming platform hit its highest ever peak of users, with over 22 million concurrent users online at once, with 7 million of those in-game.

Many games have also seen their highest ever numbers of players, including Counter-Strike: Global Offensive, with a peak of over 1.1 million concurrent users on Sunday, March 22nd.

Many are tuning into streaming platforms such as Twitch to watch their favourite eSports stars compete, with the number of hours watched on the platform increasing by 22% over the last two weeks alone.
Most Streamed Games on Twitch Last Week (w/c 23rd March)

It’s League of Legends which we’re spending the most time watching; with just short of 30m combined hours watched in the last week alone, closely followed by Just Chatting (vlogging), and Call of Duty: Modern Warfare.

The Online Games With The Highest Increases In Viewings

On the other hand, if we look at the games which have seen the highest increase in viewings last week:

You can view the full report with more statistics here: https://www.olbg.com/us/insights/esports-update

It’s particularly interesting to see that FIFA 20 is one of the games which has experienced the largest viewership increase, with many football fans looking to watch virtual games play out, with the majority of real-world games canceled (although games in the Belarusian Premier League are still going ahead!).

In fact, more than 60,000 fans tuned in to watch Real Betis player Borja Iglesias face off against Sevilla’s Sergio Reguilón on the same weekend that the local rivals were due to play, with talks underway for players from all 20 La Liga clubs to take part in an online FIFA tournament!