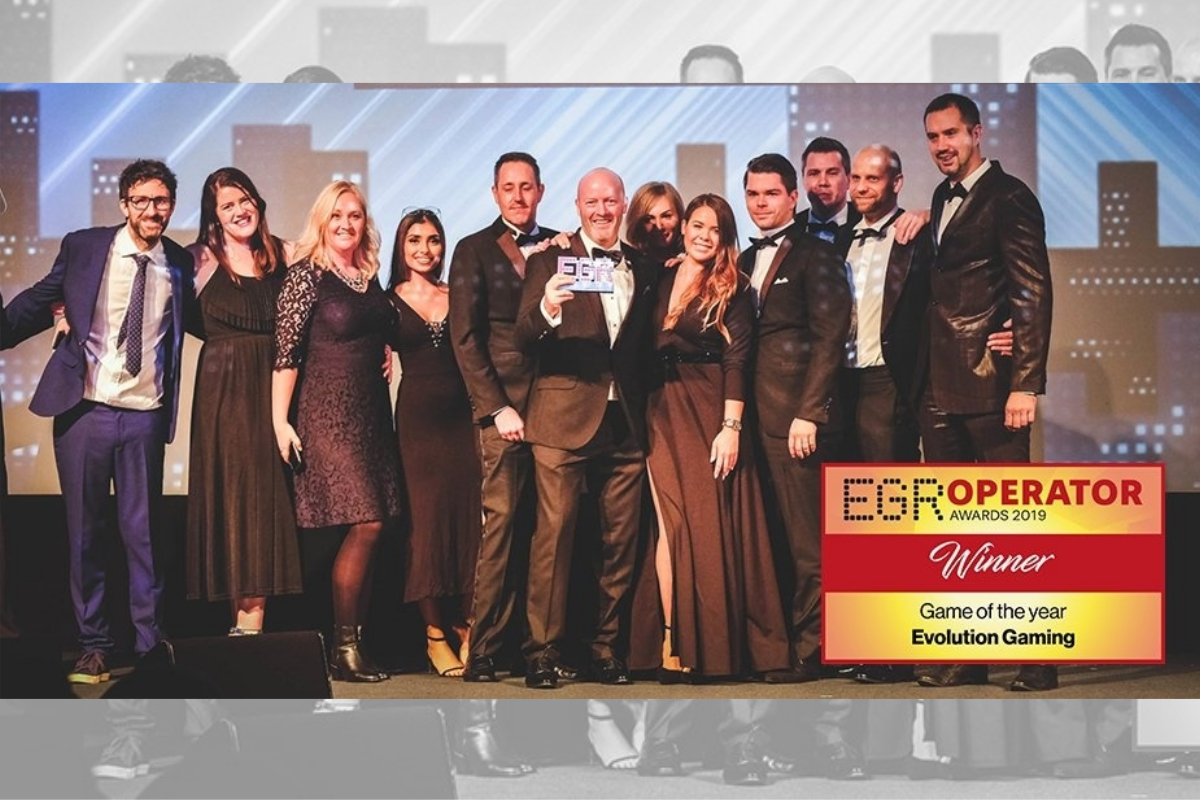 Evolution Gaming, leading provider of Live Casino solutions, has announced that MONOPOLY Live, the special edition of its popular Dream Catcher game, has been named Game of the Year at the EGR Operator Awards 2019.

Evolution beat thirteen other shortlisted companies to win the prestigious award, which recognises the game studio or operator that has produced the stand-alone game that has made the biggest impact over the last twelve months. Evolution received its award at the at the EGR Operator Awards 2019 Ceremony at Grosvenor House Hotel in London.

Created via sublicense from Scientific Games and available exclusively from Evolution, MONOPOLY Live is a unique live online game show based on one of the world’s most popular games, complete with augmented reality, 3D Bonus rounds built around the adventures of MR. MONOPOLY, and with the chance of big ‘multiplier’ wins. Scientific Games holds rights to the MONOPOLY brand through a license agreement with Hasbro, Inc. (NASDAQ: HAS).

Speaking after the award’s ceremony, Evolution’s Chief Product Officer Todd Haushalter said: “We are honoured to win this award for MONOPOLY Live and it has been a true pleasure to work with one of the world’s best-loved brands to create such a unique game.”

Haushalter continued: “Winning back-to-back EGR Game of the Year awards is something we never dreamed of. We make games we think players will love and that we want to play ourselves and that is always our focus. However, to be once again honoured by our peers in the industry with this award is so very special and something that motivates us all for 2020 and beyond. A huge thank you to everyone at Evolution that made this a reality.”

The Game of the Year category winner was voted for by operators shortlisted for one of the Operator Awards and the voting process was officiated by Deloitte.