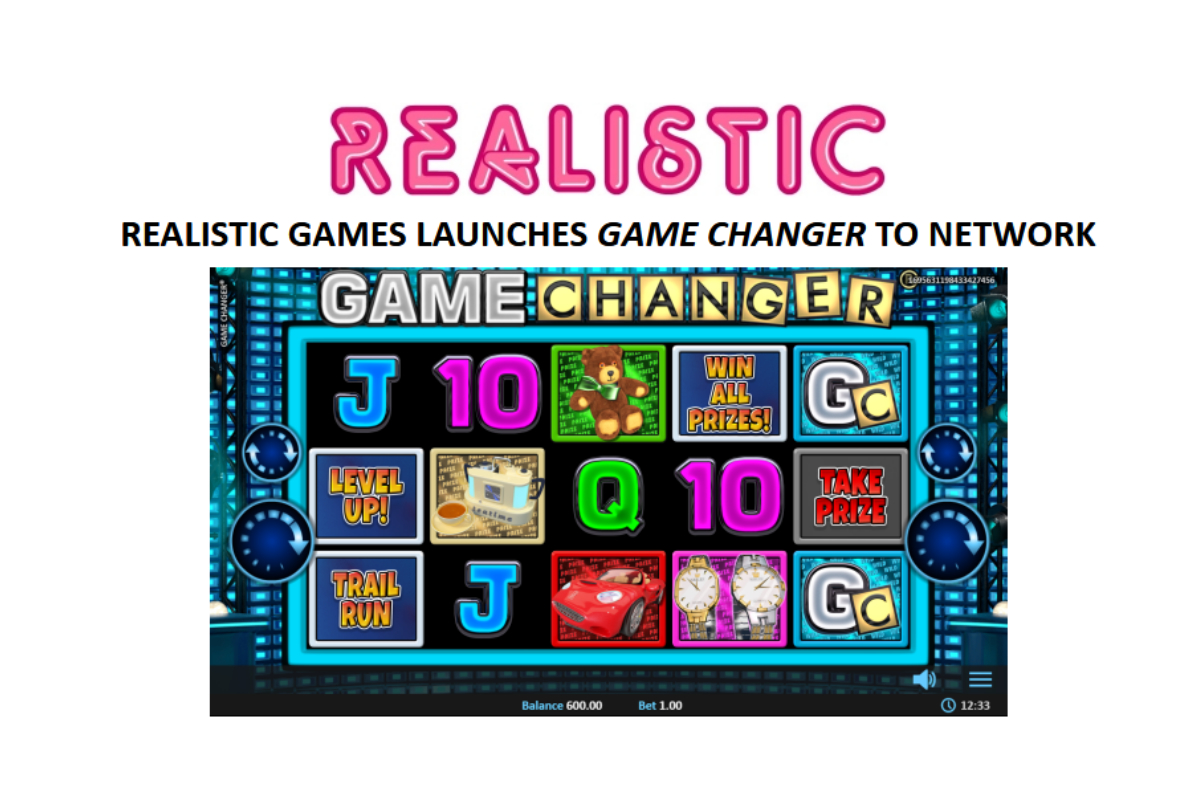 Following a successful exclusivity period with the GVC group, Realistic partners will now have access to the 5-reel, 20 line slot. The bonus feature is triggered by boxed symbols landing around the edge of the slot to form a game board. Players then roll the dice to move around the board, landing on either a cash prize, a good square or a bad square and can win up to 6000x their stake. With 324 million potential board combinations, players should never see the same board twice.

Game Changer marks the launch of a new series of upcoming slots from the supplier, all featuring the board game mechanic. Realistic will launch 5 games initially over the first half of the year, and each of the games will have different variations of the board game concept.

Robert Lee, Commercial Director of Realistic Games, said: “Game Changer has truly lived up to its name so far after a hugely successful launch with GVC and we are excited to release the innovative new title across our network of valued partners.

“With a host of titles featuring Game Changer bonus rounds waiting in the wings, the concept is primed to become the next big thing in casino slot entertainment, introducing a concept never seen before that is capturing a wide-ranging audience.” 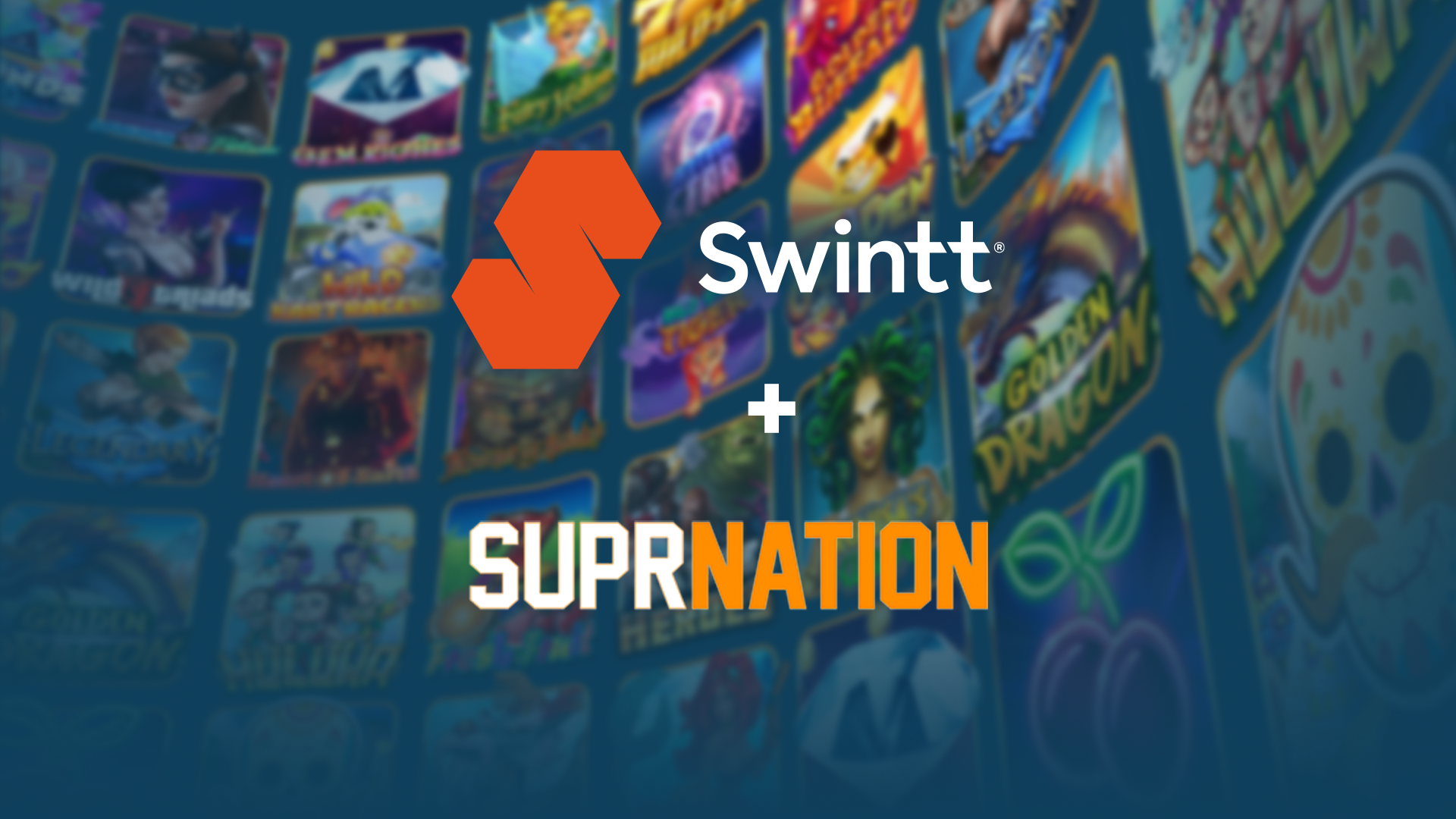 Swintt are continuing their hot streak of new partnerships in 2020 with the announcement of a deal with Malta-based operator SuprNation.

Over 50 games from Swintt’s portfolio will soon be available to SuprNation players, with top-performing content such as ‘Panda Warrior’, ‘Everlasting Spins’ and the soon to be released ‘Royal Golden Dragon’ included. Localized content inspired by local themes in India and Japan will also be available, such as ‘Bollywood Billions’ and ‘Hana Bana’.

Swintt’s exclusive distribution of prominent land-based games from the German market will also be part of the partnership, including ‘Master of Books’, ‘Heart of Earth’ and ‘Fresh Fruit’ which have an established following of players looking to enjoy their favorite content online.

SuprNation players will also be able to enjoy features from the SwinttGamify promotional product, as well as help raise money for good causes via SwinttPlay-it-Back, the CSR-focused product planned for full release later this year.

David Flynn, CEO of Swintt commented: “SuprNation is an operator at the forefront of improving the player experience, and we are thrilled to see our games will be part of their casino. Our range of products will perfectly suit their strategies and market aims and we are sure their players are excited to see some of their favourite games available.”

Henric Andersson, CEO of SuprNation said: “We have been looking forward to finalising our agreement with Swintt and plan the release of their outstanding product suite onto our brands. Our players will be looking forward to playing their localised content, as well as enjoying the enhanced features of SwinttGamify.” 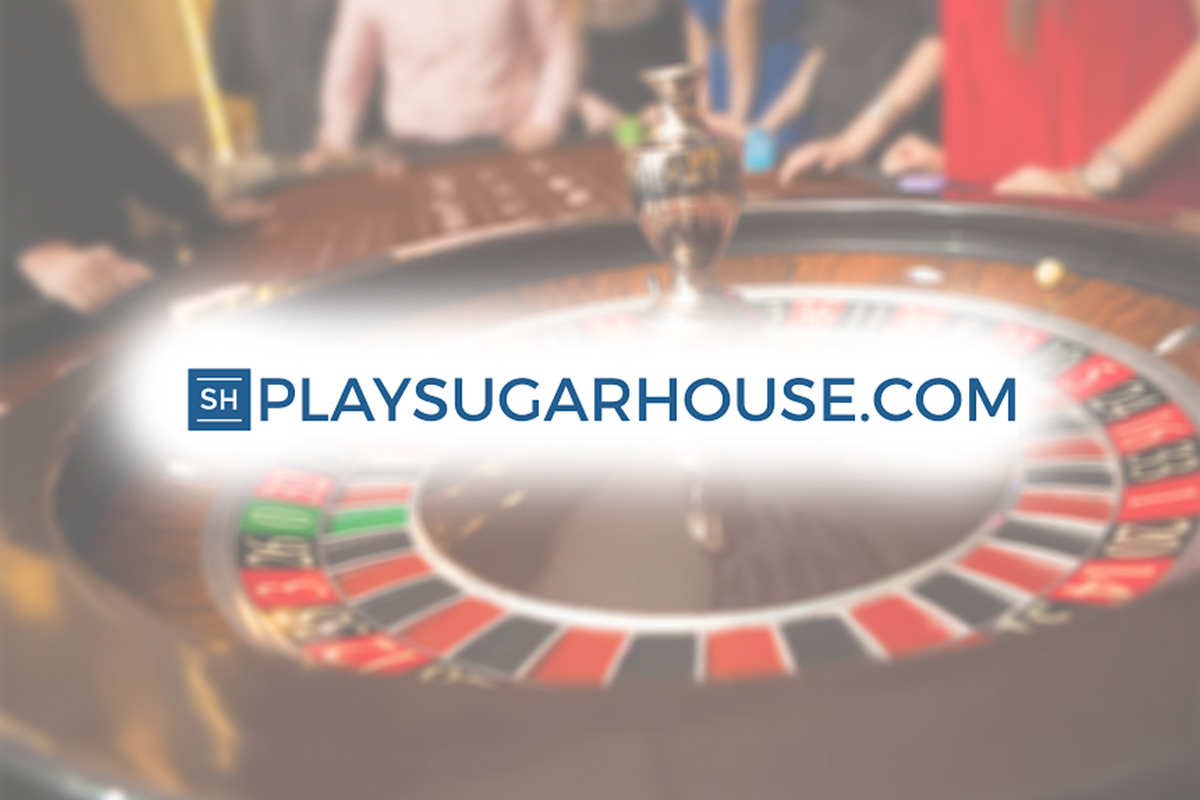 PlaySugarHouse.com is among the first sportsbooks in the U.S.  to drop the flag on virtual NASCAR races.  The sportsbook has been approved by New Jersey regulators to offer betting on the 2020 eNASCAR iRacing Pro Invitational Series.  New Jersey players will now be able to place bets on a virtual auto race and the first race in the series they can bet on is the Toyota Owners 400 in Richmond on April 19.

The Cup Series races are as realistic as can be, featuring real stars of past and present including Jimmie Johnson, Kyle Busch, Clint Bowyer, Denny Hamlin and Dale Earnhardt Jr.  The series of races, which started March 22, are being broadcast on FOX Sports during typical NASCAR broadcast times and have been huge hits drawing over a million viewers to the fierce iRacing competition.

“We are happy to be able to offer such an exciting and competitive entertainment event,” said Mattias Stetz, C.O.O of Rush Street Interactive, which operates PlaySugarHouse.com.  “It’s also fun to see how these talented drivers will compare in the virtual world of competitive racing.”

The eNASCAR iRacing Pro Invitational Series is offering exclusive entertainment on the premier motorsports racing simulation; the same one used for years by NASCAR’s biggest stars to prepare for real world race events. This form of virtual sports is different than others because the simulator offers a full NASCAR experience down to the dynamics of the car and the real-life differences between track surfaces being raced on. Ultimately, the eNASCAR iRacing Series offers a competitive edge that traditional console videogames just can’t match.

The virtual racing schedule is designed to follow the NASCAR Cup Series schedule, which had to be postponed due to the Covid-19 pandemic. Along with the Toyota Owners 400, the virtual NASCAR series includes the Geico 500 at Talledega and the Cup Series race at Dover and looks to make virtual stops at fan-favorite tracks from coast to coast.

Founded in 2012, Chicago-based Rush Street Interactive (RSI) launched its first betting site, PlaySugarHouse.com, in New Jersey in September 2016.  The company subsequently made history by becoming the first operator in the United States to offer a fully integrated online sportsbook and casino.  In addition, RSI was the first company to launch legal online sportsbooks both in Pennsylvania (PlaySugarHouse.com) and Indiana (BetRivers.com) as well as being the first to open a legal sportsbook in the state of New York (@ Rivers Casino in Schenectady) and, most recently, in Illinois (@ Rivers Casino in Des Plaines).  RSI also operates in-casino sportsbooks at Rivers Casinos in Pittsburgh & Philadelphia and at the historic French Lick Resort in Indiana.  BetRivers.com is also the exclusive official sportsbook partner for the Philadelphia Flyers & Wells Fargo Center.  RSI was the first US-based gaming operator to launch a legal and regulated online sportsbook in Latin America (Rushbet.co in Colombia).  Rush Street Interactive is also the developer and operator of a leading social gaming platform currently deployed at the group’s affiliated land-based casinos and selected third party partners.  Rush Street Interactive was named “Mobile Operator of the Year” in North America at the EGR North America Awards 2019 and “American Operator of the Year” & “Casino Operator of the Year” at the American Gambling Awards in 2019. For more information, visit rushstreetinteractive.com. 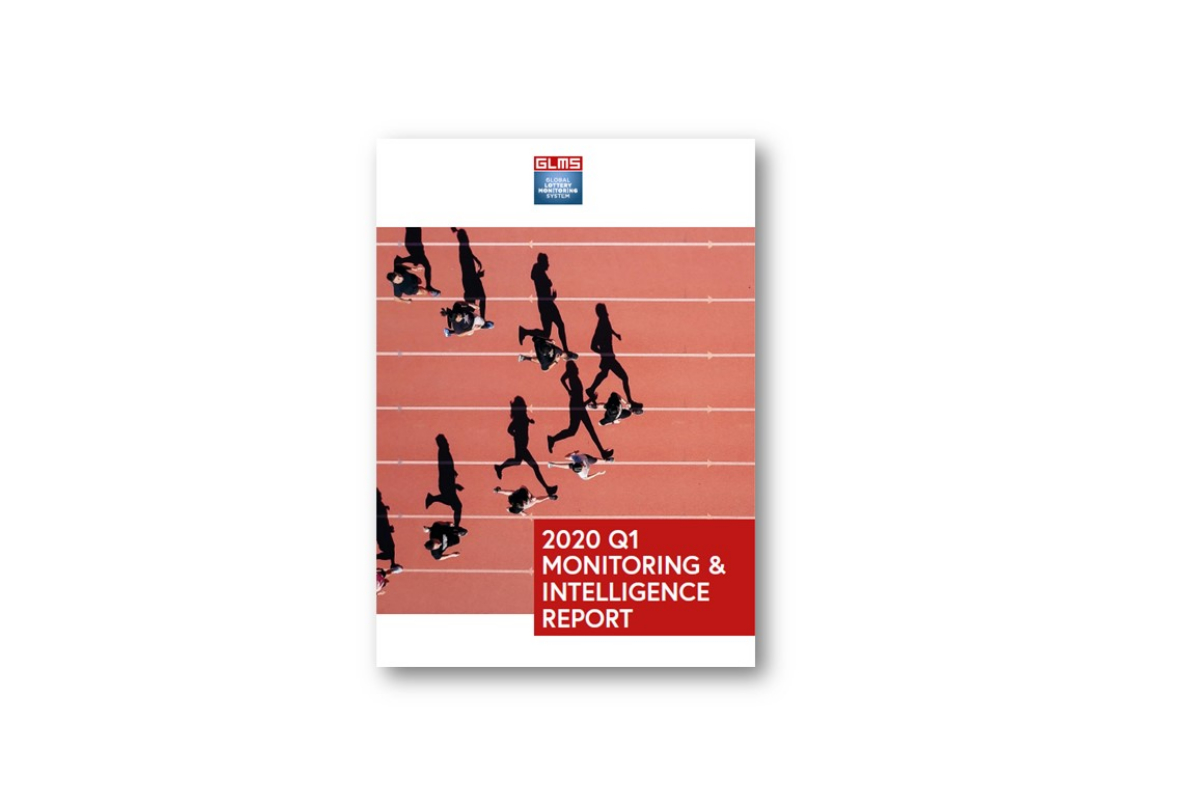 Beyond the key fact and figures of our Intelligence Work in 2020 Q1, in this report you can also find:

– A message from GLMS President, Ludovico Calvi, at the unprecedented time of the COVID-19.
– An interview with Norbert Rubicsek, Director – CSCF – Foundation for Sport Integrity.

The Global Lottery Monitoring System (GLMS) is the Lotteries’ integrity body. GLMS primarily aims at detecting and analyzing suspicious betting activities that could question the integrity of a sport competition. Building on six years of experience with the establishment in 2009 of ELMS with European Lotteries, GLMS went global in January 2015, and extended its network to other continents (now with a new operational hub in Hong Kong).  GLMS facilitates the sharing of sports betting information as part of the collective efforts of its members in ensuring sports integrity globally.

Founded by EL and WLA and currently counting 33 individual Members as well as 3 associate members, the GLMS is now further increasing and enhancing the quality of its services towards its Members.