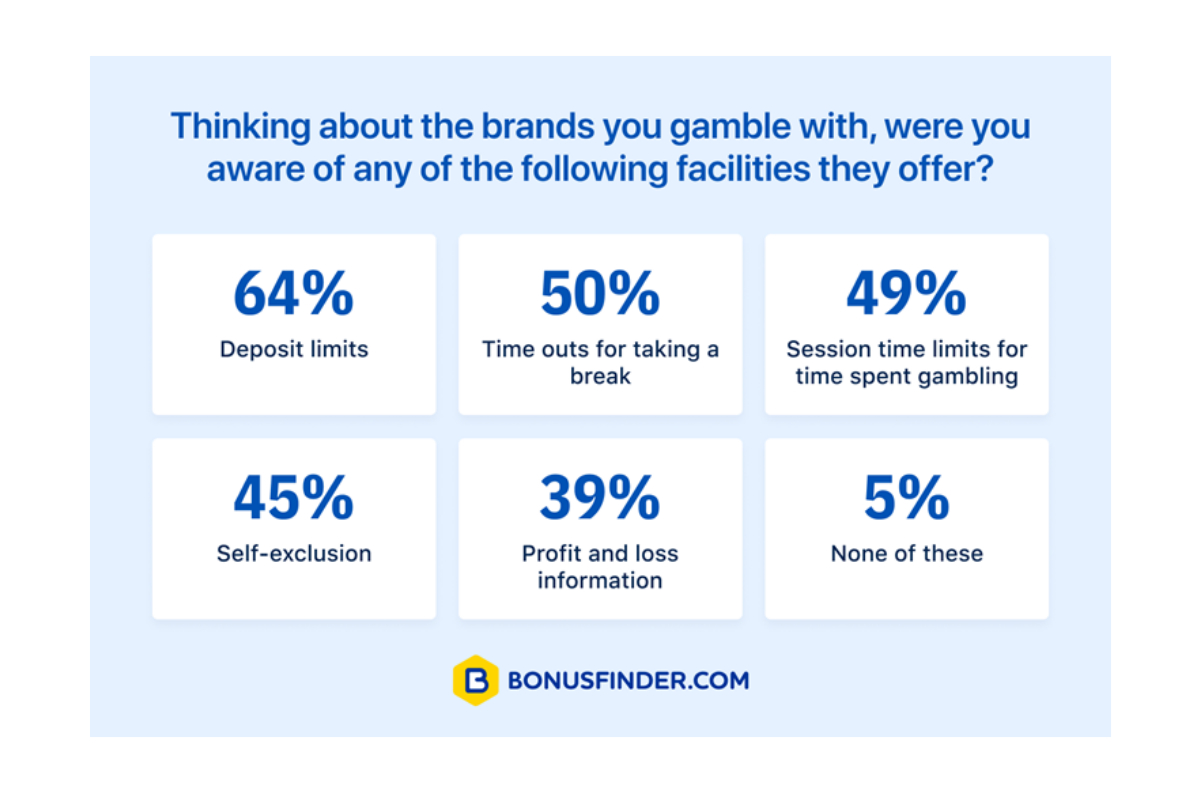 More than 90% of UK gamblers were aware of the range of responsible gambling tools available to them during the last four months, BonusFinder.com research has found.

A BonusFinder.com survey of 500 UK casino and bingo players found that 31% of players across all age groups gambled ‘somewhat more’ than their regular totals in the period from March to June this year, but that an almost equal amount (28%) gambled ‘the same’ as they would under normal circumstances.

A UK Gambling Commission survey earlier this month also found that overall participation had decreased while many were confined to staying at home, but that some engaged players spent more time and money gambling on certain products.

Crucially, the survey revealed that a combined 94% of gamblers were aware of responsible gaming tools during the last four months including deposit, session and time limits, take a break, self-exclusion and profit and loss information, with the over 45s three times less likely to know of RG facilities than their younger counterparts.

Encouragingly, only 5% of participants said they were unaware of RG tools with this figure falling to just about 3% for 18-24-year olds.

Deposit limits were found to be the most widely acknowledged responsible gaming tool among all respondents. Men (66%) were found to be more likely to be aware of deposit limits than women (61%), while this disparity grew when questioned about time out tools with only 44% of women saying they knew they were available compared to 54% of men. However, only 46% of men acknowledged session limits in contrast to 52% of women.

Fintan Costello, Managing Director, BonusFinder.com, said: “Our research has found that RG tools have been top of mind for players even when many have been confined to their homes due to government guidelines.

“As the UK emerges from this period, we can see that gambling levels have risen but to a lesser extent than we expected and crucially, that players are aware of the range of helpful RG tools available to them across many regulated brands.

“The industry is taking a great deal of positive steps to protect players and it is high time we focused on this. We must continue to educate and normalise RG tools across all ages as well as improve and increase education and awareness for younger adults.”

Greentube rolls the dice with Blitz Casino in Belgium 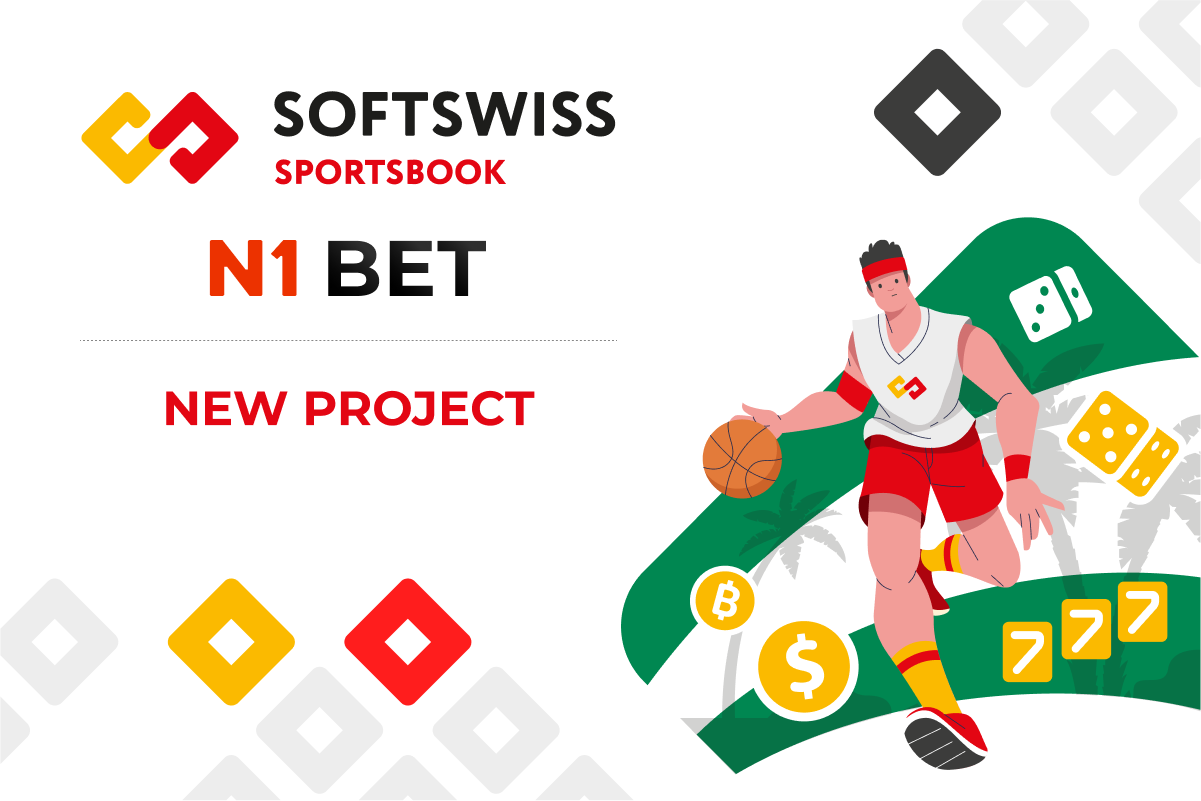 The SOFTSWISS Sportsbook is excited to announce the launch of N1Bet.ng in partnership with N1 Group this September. The platform will launch under a local license in Nigeria, which SOFTSWISS received earlier in February 2021.

Under the new joint project between N1Group and SOFTSWISS players  will have access to the platform’s complete sports betting solution package:

Alexander Kamenetskyi, Product Owner at SoftSwiss Sportsbook, noted: ‘We have been working on the launch of our first project in the African market for a long time and see this as a unique opportunity to be part of the large and fast-growing iGaming industry in this region. We have a lot to offer and something to interest all betting enthusiasts. The launch of N1Bet.ng will allow SOFTSWISS to provide services to those customers who are interested in a comprehensive approach and focus on the African market or want to expand their presence there. With N1Bet.ng this will now become easier and more accessible. Thank you N1 Group for the fruitful cooperation and trust!’ 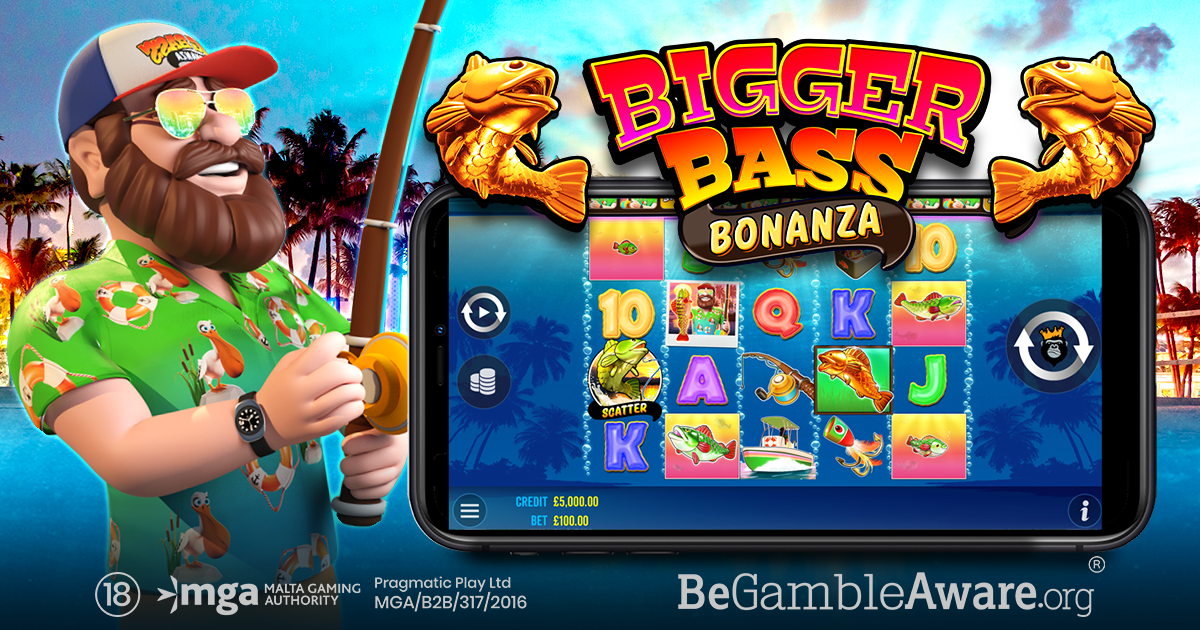 Pragmatic Play, a leading content provider to the IGaming industry, has cast a line deeper than ever before and snagged a real catch with new release, Bigger Bass Bonanza.

A continuation of its hugely popular predecessor, Bigger Bass Bonanza provides players with an extended set of reels and the opportunity to win up to 4000x their stake, virtually doubling the original game’s maximum multiplier value.

Based in a neon-lit harbour with tropical surroundings resembling Miami, players will need to keep an eye out for various rewards and prizes. As before, three or more scatter symbols during base play will trigger the Free Spins feature and 10 spins, with any additional scatter symbol adding five spins to the count.

During the Free Spins feature, money symbols feature randomly assigned values and an elusive Goldfish scatter symbol is worth 4000x the player’s bet. Wild symbols are also collected on a meter above the reels, with every four wilds retriggering the feature and a multiplier for the symbol collector.

Yossi Barzely, Chief Business Development Officer at Pragmatic Play, said: “We are delighted to launch another product in collaboration with Reel Kingdom, allowing us to reach more players than ever before.

“The light-hearted theme has been fleshed out with various new features, each with the intention of helping the fisherman enjoy a full catch.”