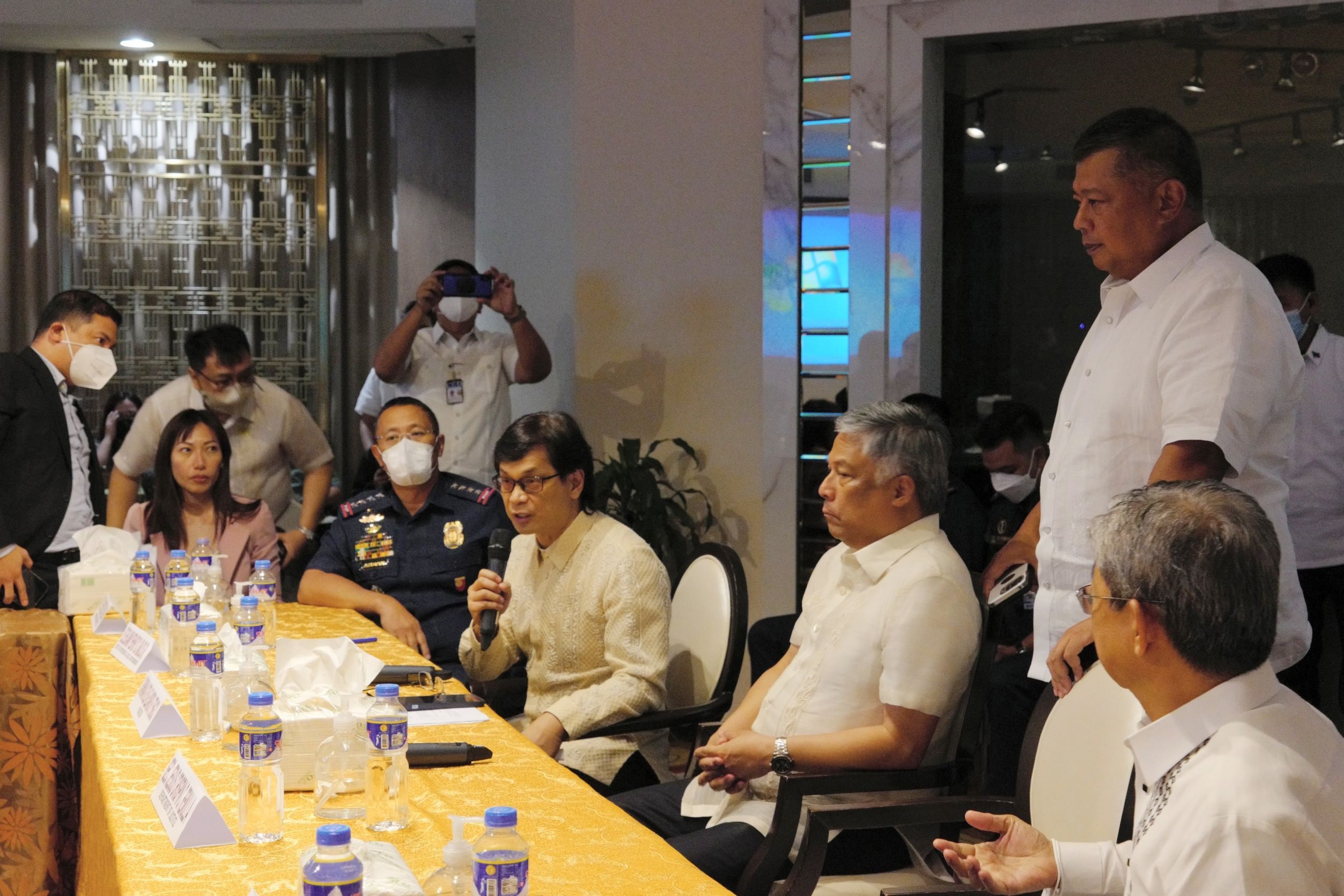 AMIDST reports of increasing number of kidnapping incidents related to illegal offshore gaming operations in the country, the Philippine Amusement and Gaming Corporation (PAGCOR) has intensified the collaboration with its partner government and law enforcement agencies.

In an inter-agency meeting among PAGCOR, Department of Interior and Local Government (DILG), Department of Justice (DOJ), Philippine National Police (PNP), and the National Bureau of Investigation (NBI) on September 14, 2022, each agency committed to help safeguard the welfare and safety, not only of Filipinos but also of foreign nationals working in the country.

PAGCOR Chairman and CEO Alejandro Tengco said the inter-agency collaboration is a response to the instruction of President Ferdinand Marcos, Jr. to address the recent Philippine Offshore Gaming Operations (POGO)-related kidnapping cases and other illegal activities. “The President said na higpitan na natin because the image of the country and of this administration is being tarnished by these illegal incidents,” he stated.

Tengco said that one of the initial steps in the inter-agency undertaking is to identify the illegal operators. “The information we received is that these alarming incidents of kidnapping came from the ranks of illegal operators. While it will be a challenge to all participating agencies, the good thing is that we are receiving information as to where these illegal operations are located. With the help of everybody, we will be able to zero-in immediately,” he cited.

The PAGCOR chief added that the licensed POGO operators have also shown their commitment to help address the problem by “policing their own ranks.”

“First, they are now going to ask their people to contain themselves in an area for safety and security purposes. Second, they will come up with an updated list of their employees because some have already resigned. Third, we will require them to submit a police clearance together with their application for an offshore gaming license employment (OGEL) ID. At least, those who apply, alam natin na malinis ang kanilang record,” Tengco furthered.

If the kidnapping of foreign workers the country is not abated, Tengco warned that the consequences may affect even the legitimate POGO operators.

“If these kidnapping incidents and other illegal activities persist, it is clear that not only will we cancel the licenses of POGO operators, but the entire industry may be affected by whatever decision will emanate from the national government. So let us help each other solve these issues the soonest,” Tengco said.

Meanwhile, PNP chief Rodolfo Azurin said the PNP is doing its best to ensure the safety and security of everyone – including foreign nationals who are working in the country.

The PNP chief also stressed the importance of holistic partnership with different government agencies, including the local government units to appropriately deal with the offenders. He likewise requested POGO operators to surrender their permit to carry firearms to PNP as well as furnish them with updated information on the foreign workers’ employment permits.

Interior and Local Government Secretary Benjamin “Benhur” Abalos also cited the importance of inter-agency cooperation and regular updating of the list of legitimate foreign POGO workers in the country to avoid problems related to human trafficking.

“The problem is, those who are no longer working in a legitimate POGO operations, kung saan-saan nagpupunta. It is important for us to track them because these kidnapping incidents are giving the POGO industry, as well as our country a bad name.”

Abalos reported that DILG already started a crackdown against human trafficking. A total of 43 Chinese nationals who were enslaved under human trafficking conditions were rescued in an operation in Angeles City on September 14. The DILG chief gave the PNP and other participating agencies a timeline of two weeks to abate all POGO-related illegal activities in the country.

DOJ Secretary Jesus Crispin Remulla, who also attended the inter-agency meeting stated that their agency, in coordination with NBI and the Bureau of Immigration, will cause the immediate summary deportation of arrested illegal foreign workers and those responsible for the spate of kidnapping and related criminal activities.

ASBIS Group presented own brands portfolio at IFA 2022 in Berlin

BetConstruct Travels to SBC Summit With its World Cup Offer