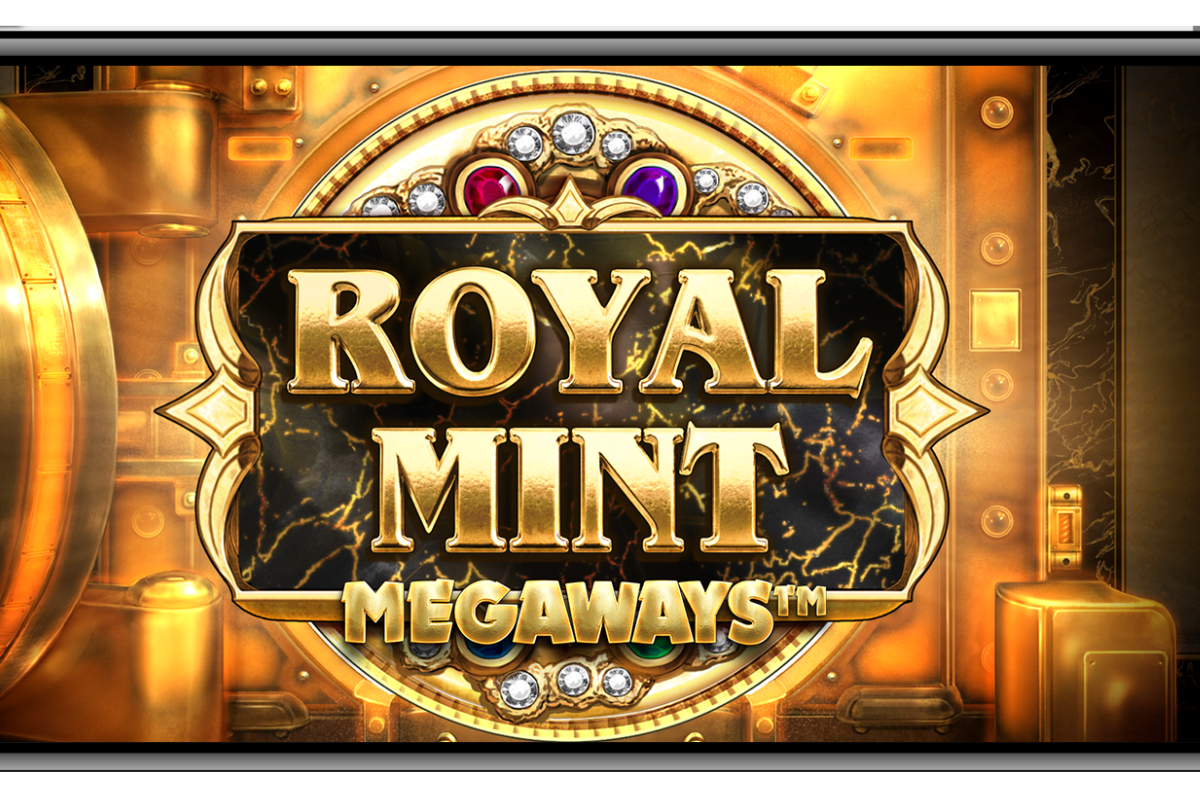 The high variance slots market is home to some of the most exciting gameplay in the casino industry right now. The popularity of these high risk slots has been driven by talented studios like Big Time Gaming who revolutionised this niche with their Megaways™ game format, and by the exposure that gambling streamers have given the games through their live feeds on sites like Twitch.tv. High variance games are all about drama – fast, high paying action played out in big win sequences that are very irregular, but massively rewarding when they strike. In 2019 more studios jumped on the bandwagon to produce games with super-high variance ratings and big top payouts. And this year, the golden age of high variance has continued with more features and higher payout potential across the board.

So, to keep you up to date with the action so far we’ve chosen our top 5 high variance games for 2020.

Popular slot game and casino site review magazine, The Casino Heat, recently referred to Royal Mint Megaways™ as ‘the quintessential Big Time Gaming slot’, and loading it up and checking out the gameplay for the first time it’s not hard to see why. Royal Mint, which takes its inspiration from the famous London coin factory, brings together all the best features created by this Australian game developer – expanding reels creating 117,649 paylines, Cascading Wins, Free Spins, Multipliers and the Heartstopper™ Enhanced Free Spins format first aired in their Lil Devil slot. The game has a 40,000x top advertised payout, making it potentially one of the biggest paying slots of the year.

Back in 2017 Pink Elephants was Scandanavian developer Thunderkick’s take on the 4,096 win ways format used in slots like Raging Rhino. But it had a twist – aside from the psychedelic theme, there were added thrills in the free spins round where collecting glowing ‘orbs’ led to symbol upgrades, enhanced reels, and much higher payouts. It’s a game that is particularly memorable to play and continues to be popular three years on. So of course slots fans are thrilled at the prospect of a follow-up, due for release in the first week of May. The action has moved to a mountain setting and meerkat symbols are replaced with goats, but apart from that the game works in pretty much the same way, only with an improved jackpot of 10,000x.

The NoLimit City game studio is a relative newcomer to the scene in comparison to other names, but they are really starting to make their mark in 2020. Punk Rocker is one of their best releases to date, taking its theme from the London music scene that spawned bands like the Sex Pistols. It’s full of Banksy-type illustrations of English icons too, including Churchill, drawn against the backdrop of the London Underground. But graphics aside, it’s the stacks of features that have made Punk Rocker so popular. There are Mystery Symbols, Re-Spins, two Free Spins rounds, and Multipliers and Jumping Wilds to enhance the basic gameplay and push the win potential up to 8,000x.

Relax Gaming, who produce their own games as well as running the Silver Bullet platform, are starting to create some really top high variance titles too. They have three Megaways™ slots under license from BTG under their belts, and Hellcatraz is their newest high volatility product. It has been designed like an 80s Atari game with 8-bit graphics and a backdrop that evokes San Fransisco Bay and the notorious Alcatraz prison island, home to murderers and mobsters. What’s interesting about Hellcatraz is the gamification format – players must collect 2,000 key symbols to unlock the bonus round where free spins come with mystery symbols and an enhanced paytable with a top prize of 50,000x.

Fantasma Games partnered up with Relax Gaming to utilise their Megaways™ license and deliver this slot on the Silver Bullet platform in April 2020.  Heroes Hunt has a Dungeons and Dragons type theme, with Wizard and Warrior heroes who all have superpowers. Players pick which hero they want to activate at the start of the game, and others can be activated throughout. It’s an exciting enhancement to standard gameplay and with Expanding Wilds, Re-Spins and Multipliers to drive the wins, this slot is a thrilling ride for high risk fanatics. With 46,656 paylines and a top payout of 26,000x Heroes Hunt is getting a lot of attention and will surely be one of the top games of the year.

SoftGamings and Leander Team Up 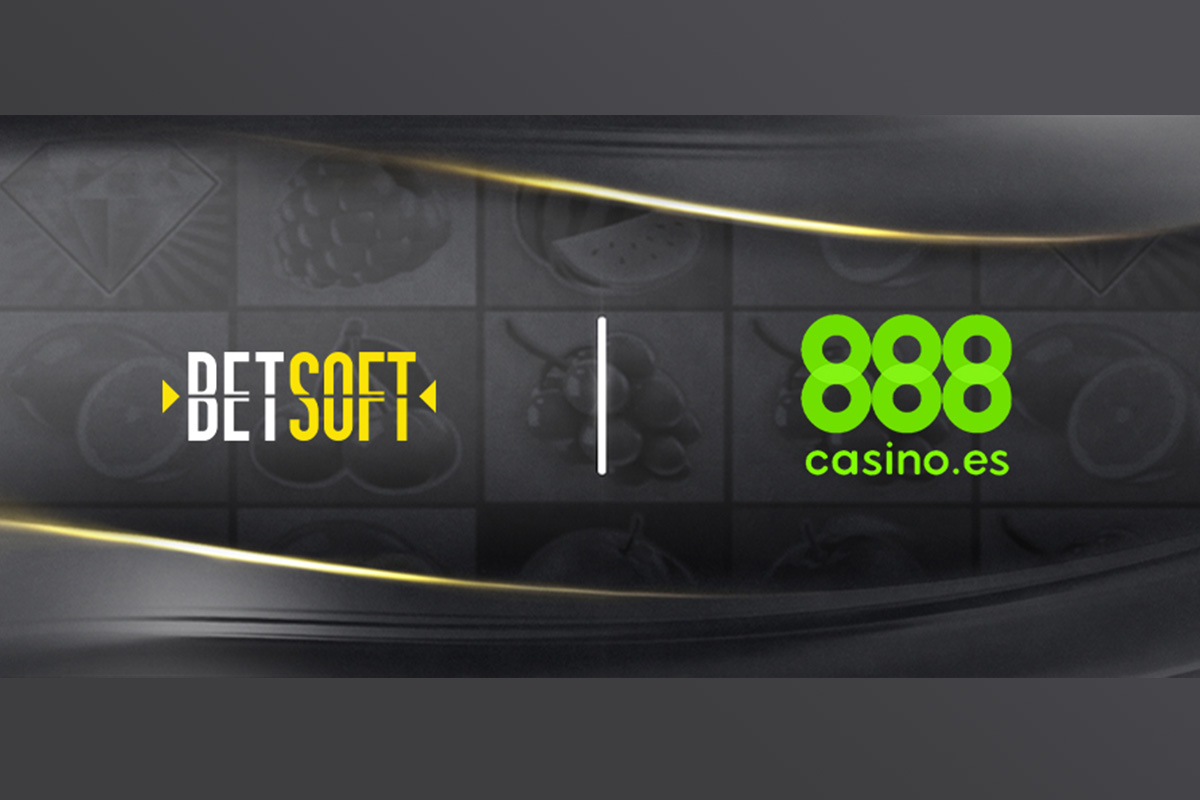 Betsoft Gaming has launched its slot gaming titles on 888casino, one of the world’s leading online casino brands and part of 888 Holdings plc.

Following its recently announced deal with 888casino, the teams have worked together to integrate a selection of Betsoft’s games onto 888casino’s Spanish platform, 888casino.

To support its commitment to the Spanish market, Betsoft has undertaken the translation of many of its biggest hits. These will be available on 888casino, along with the latest releases Tower of Fortuna, Return to Paris and Thai Blossoms also forming part of the offering.

Betsoft Gaming successfully undertook two ISMS audits in 2020, allowing it to operate in both Spain and Colombia. This, in conjunction with Betsoft’s other signings with top tier licensees in Spain, has consolidated Betsoft’s brand recognition across the country.

“As a long-term innovator in iGaming, it is our strategy to collaborate with operators such as 888casino who share our ethos on quality customer service. We are very pleased now to be live with them in Spain,” Anastasia Bauer, Head of Account Management at Betsoft Gaming, said.

“We are delighted to be adding Betsoft’s leading gaming content to our 888casino platform in Spain. Betsoft is renowned for creating innovative gaming titles which are loved by players and adding a selection of its most innovative games to our platform will provide our players in Spain with an even wider selection of high-quality and player-focused games to choose from, aligning with our product and content-leadership strategy. We look forward to working with Betsoft in the future,” Talya Benyamini, VP B2C Casino at 888, said. 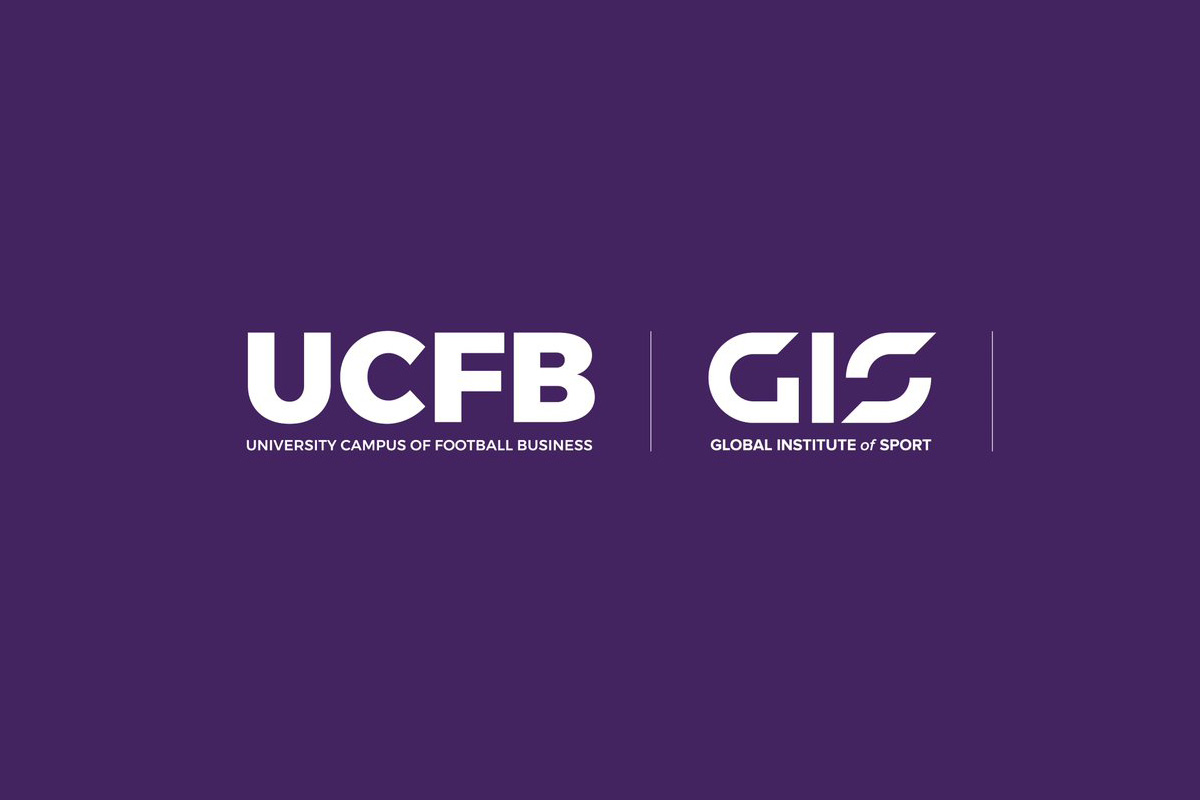 Global Institute of Sport (GIS) will join forces with EPIC Risk Management this autumn to deliver a pioneering gambling-harm awareness event at the iconic Wembley Stadium.

Taking place at the world-famous Wembley Stadium, home to one of GIS’ unique UK campuses, the summit will enable a host of the world’s premier executives and welfare professionals from elite sport and esports to gather and learn how best to tackle the issue of gambling harm in their industry.

John Millington, senior director at EPIC Risk Management, said: “Problem gambling can affect any individual from any walk of life, but several academic studies have reached the same finding that athletes are up to four times more likely to suffer its consequences.

“Clearly, education and prevention work for those who regularly participate in competitive sport is a hugely important in tackling this issue. This summit is designed to bring in experts across the professional sport eco-system to delve into this issue and look at ways of protecting those most vulnerable from gambling harm.

“GIS are the perfect partner to help undertake research and mine data on this topic and have joined forces with us to ensure that we can ensure that the right people can continue to receive it, contribute to it, and act upon it.

“They will be making a vital contribution to the Pro Sport Advisory Board in the longer term via their new status as our Education Partner and we’re delighted that their iconic base at Wembley Stadium will be the perfect setting for some important discussions to take place among the people who can enact genuine change for the better on this issue.”

“The Global Institute of Sport wants to help address some of the key issues across sport and we look forward to working with EPIC Risk Management on facilitating this discussion as well as working to create future recommendations of best practice.

“Bringing together leaders from across the sports industry to all put forward insight and experiences related to the issues around gambling related harm is the first step in exploring how we can best work towards reducing the risks associated.” 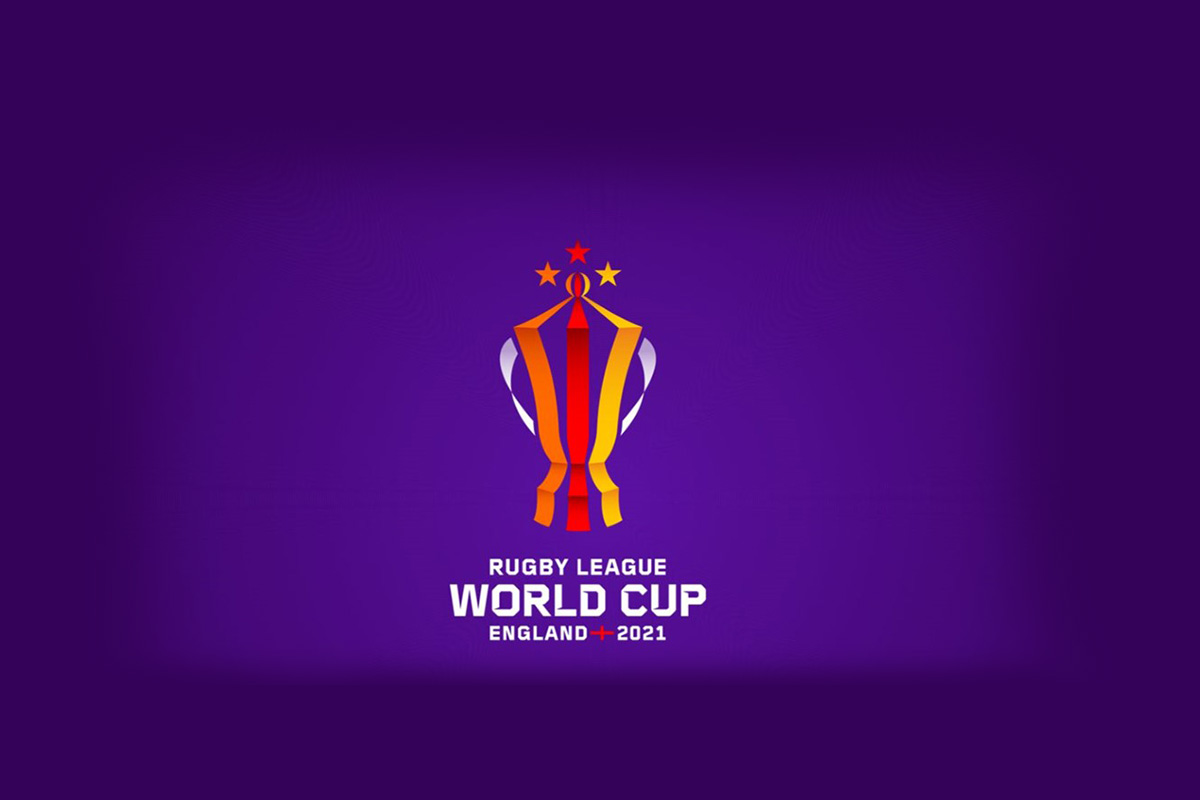 Stats Perform’s Opta data will support RLWC2021 and their partners in creating unique experiences for their audiences across media, brands and sponsors, which will be unveiled and showcased before and during the event. RLWC2021’s continued alignment with Stats Perform reinforces the competition’s commitment to ensuring that media and technology partners covering the competitions are provided with the highest quality data to bring every match to life for fans around the world.

Detailed data will be delivered through an extensive range of Opta data feeds, with Stats Perform’s highly visual, easily customisable widgets providing data-powered solutions for use across digital and social platforms, before, during and after the action.

Opta data and statistics will power RLWC2021’s social channels, where they will help determine the competition’s top performing players and inform and empower fans.

Stats Perform will create extensive preview and post-match packs for the clubs and media ahead of all matches, allowing broadcast operations and commentators full use of Opta data in a time-efficient way.

“Stats Perform has a long history of growing Rugby League globally through our market leading data, content, and distribution, and this deal is yet another milestone in Stats Perform’s commitment to supporting the expansion of the sport across the globe.”

The national competing team coaches, analysts and performance staff will also have access to RugbyHub, Stats Perform’s flexible, fully integrated platform at the core of analysis in professional rugby, providing a central store of data and video content that allows teams to access crucial information as soon as they need it.

Integrated match footage is synchronised with data, allowing users to easily access matches and analyse the key areas specific to a game plan. Teams will also be provided with detailed analytical reports following every match, providing performance insights which can help inform tactical decision making as the tournament progresses.

Jon Dutton, RLWC2021 Chief Executive, said: “The RLWC2021 is committed to making a real impact in communities, and one of the ways we can support this is by delivering the best possible experiences for our passionate fans, along with supplying our partners and teams with the highest quality match data.

“Stats Perform have been appointed as our official data supplier, due to their longevity and reliable history in the industry. I look forward to working with them as they help us deliver the biggest, best and most inclusive Rugby League World Cup in history.”