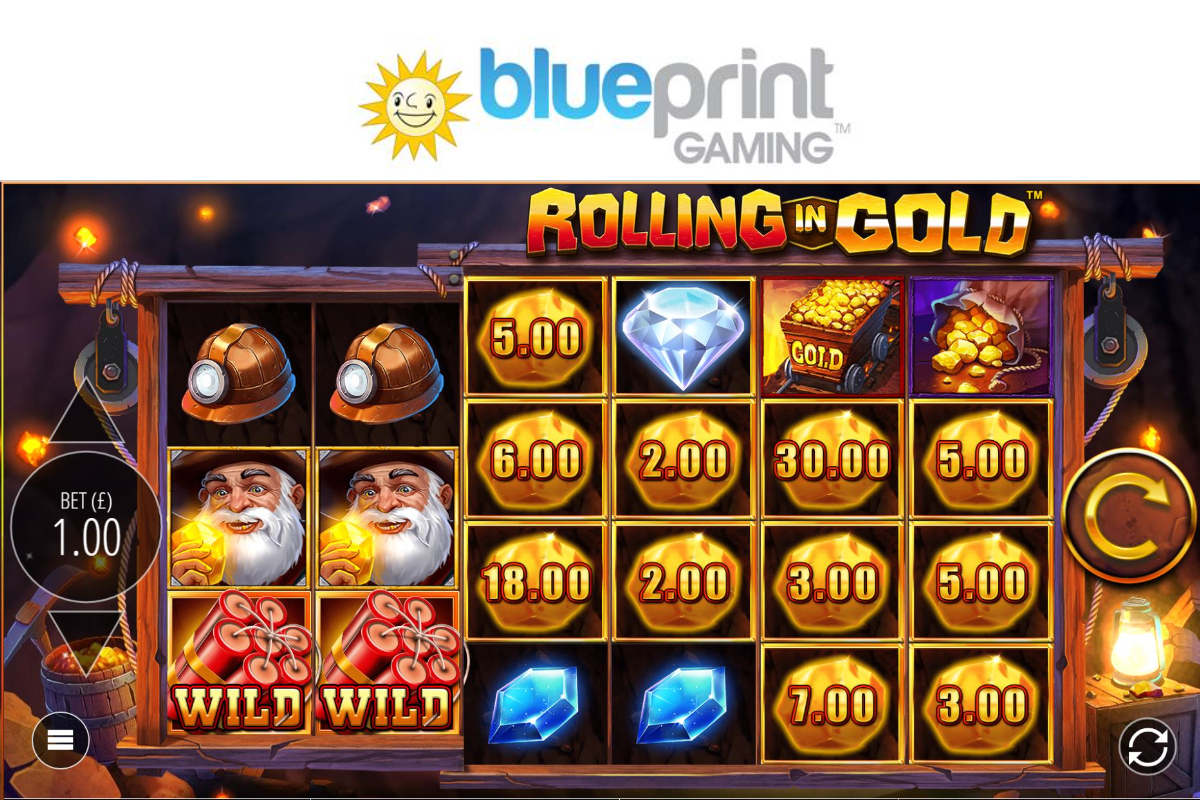 Leading slot supplier Blueprint Gaming has unearthed a new gold mining adventure with a twist in its new release Rolling in Gold.

The developer has evolved the classic casino themed game and incorporated a unique game field, using six reels in a 3-3-4-4-4-4 configuration along with 2,304 pays way, which is packed with several surprises to fuel excitement as players dig deep for golden nuggets.

Wild TNT symbols must land on the first two reels in order to guarantee a win or a chance of triggering the Gold Spins bonus feature that incorporates hold and win mechanics. During the bonus round, golden nuggets displaying cash values remain fixed in place and the reels respin for another chance to capture gold.

Players will be on the lookout for lucrative Diamonds, which triggers an elevated bonus feature where all Diamond values in view will be multiplied by the value shown. In addition, all winnings will be banked at the end of each spin during Diamond Spins.

The release of Rolling in Gold demonstrates the commitment from Blueprint to take slot provision forward and introduce new concepts to familiar themes enjoyed by a wide audience that provides a more immersive experience.

Jo Purvis, Director of Key Accounts and Marketing UK, at Blueprint Gaming, said: “Rolling in Gold is a mining adventure slot like no other. We’ve taken the classic casino theme and elevated it with new mechanics and features for players to experience.

“The strong gameplay is backed by quality graphics and a fun soundtrack, ensuring Rolling in Gold will prove to be another excellent addition to our ever-expanding games offering.” 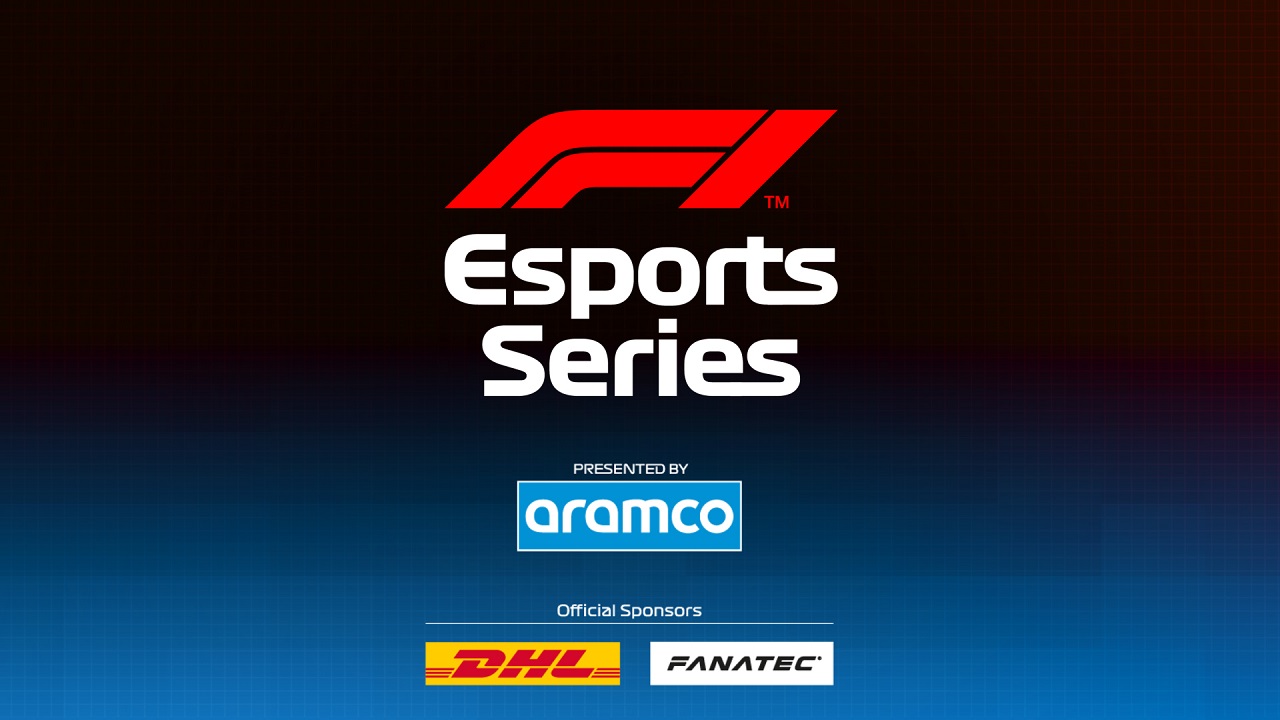 This year’s F1 Esports Series Pro Championship presented by Aramco started with a bang as we were treated to three thrilling races in Event 1, with Aston Martin’s Lucas Blakeley securing his first ever F1 Esports Series victory, before reigning champion Jarno Opmeer showed he won’t give up his crown without a fight with back-to-back wins which put him and Mercedes at the top of the Drivers’ Championship and Teams’ Championship standings respectively.

Event 2 sees the drivers take on three of the most iconic circuits in motorsport, as they get ready to do battle at Silverstone and Monza on Wednesday, before attention turns to Spa on Thursday. While the Pro Championship is only a quarter of the way through, picking up points here will be crucial as teams fight to get their hands on a share of the $750,000 prize pot.

The live shows will be streamed online via official Formula 1 channels on Faceboo, YouTube, Twitch and Huya, as well as broadcast on television by select international partners including the likes of Sky, ESPN and Fox Sports, whilst Qualifying show content will be streamed exclusively on Twitch and YouTube.

Please see the table below for the full breakdown of the platform splits so you don’t miss a moment of the action this week:

Ahead of this week’s Event 2, we spoke with four drivers, all looking to build on impressive performances in Event 1, with all quotes below available for use in editorial.

“The level of competitiveness is definitely super high this year. One of the new guys that has come in Bari Boroumand is super quick and I would already rate him as one of the fastest on the grid. What he’s done in league racing and his raw pace is super fast. There are definitely a few additions to the grid that are super quick. The speed of everyone probably does mean that it is more competitive than last year.”

“We have got a lot more things right this year from the beginning. I’ve put a lot of work in personally in the off season for months and months, not necessarily on the F1 game. I focussed on utilising every aspect that would help me to go quick and that doesn’t necessarily mean improving lines into corners. I’ve been optimising every area that I physically can and I’ve become a more complete driver.”

“We’re looking very strong [heading into Event 2], in particular Bari [Boroumand] who had some crazy pace from the first Event especially in qualifying which I would say is the hardest part. Once he can get it together in the race, I would expect a lot of wins from him.” 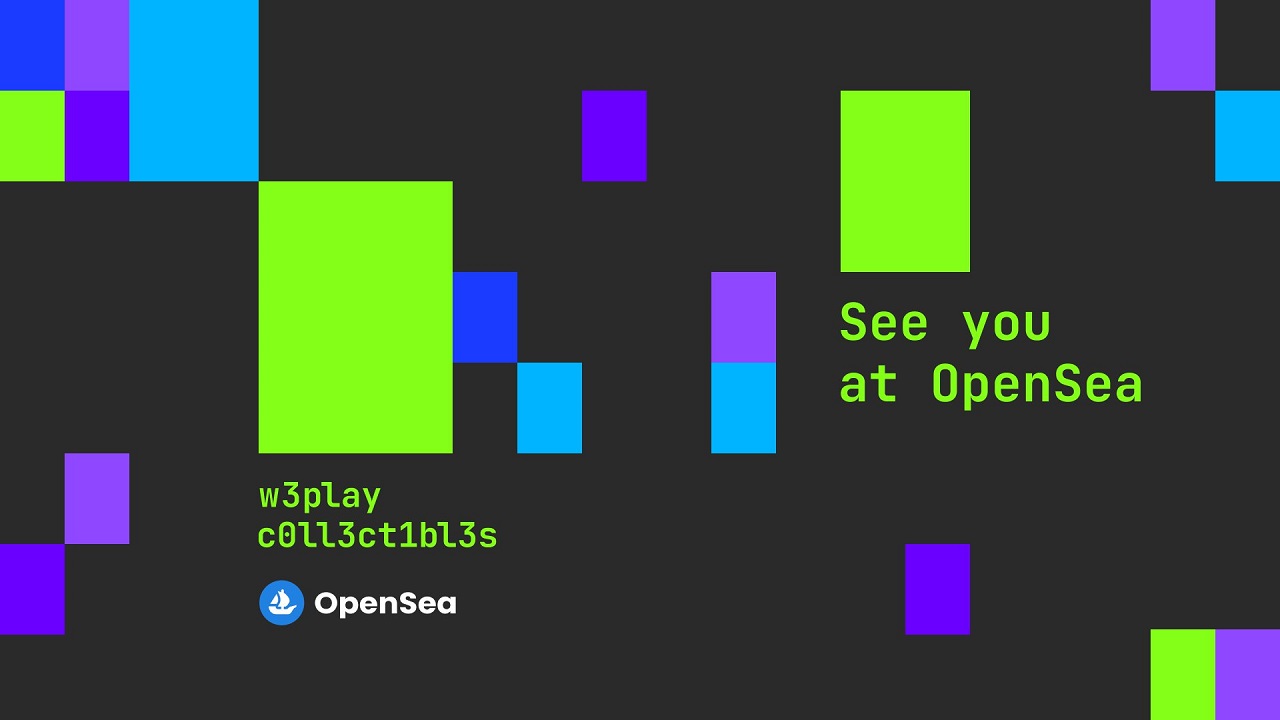 The first NFT collection from WePlay Collectibles on the OpenSea NFT marketplace, “Shooter: from A to Z,” will drop in November. 50% of the collection’s token sales and the additional NFT Trophy token will go as Runner-up Award to the team that will take second place in the WePlay Academy League Season 2.

OpenSea is the world’s first and one of the largest digital marketplaces where people buy and sell exclusive crypto assets. It is in this NFT marketplace that WePlay Collectibles will release the first tokens — A and B — from the alphabet NFT collection “Shooter: from A to Z” on November 1. Between November 1 and 13, WePlay Collectibles will auction two more tokens daily on the platform.

“Shooter: from A to Z” will include 26 unique tokens, one for each letter of the alphabet. The things that are near and dear to shooter fans have been minted to become one-of-a-kind NFT items — the collection consists of notable words and phrases associated with popular first-person shooter games. Fans may try to get them all or choose a special one they like the most. All released tokens of the collection can be found on the official WePlay Collectibles website.

Participation in the auction is a chance to snatch a unique digital item and support esports in general. WePlay Collectibles endorses budding esports teams, so half of the total token sales of the “Shooter: from A to Z” collection and additional NFT Trophy token will go towards cheering up the team that lost in the finals as the Runner-up Award within the WePlay Academy League Season 2.

The WePlay Academy League is a training ground for academies of the world’s leading CS:GO organizations. The league provides up-and-coming players a real tournament setting to help the participants grow and hopefully find themselves on the main roster of the team one day.

Once a token is released, collectors will have 24 hours to place their bids, so stay tuned for upcoming news.

“When creating our collection, we focused on designing an entertaining collection based on memes from the heart of the esports community and helping novice fans get to know esports better. Besides, we’re certain that “Shooter: from A to Z” fits the WePlay Academy League philosophy.

Plus, the very idea of ​​the Runner-up Award matches the WePlay Academy League approach. A never-give-up attitude is the main message that we are sending via this collection because it’s also a challenge for us,” says Alena Dalskaya-Latosiewicz, chief communications officer at WePlay Holding and project lead at WePlay Collectibles. 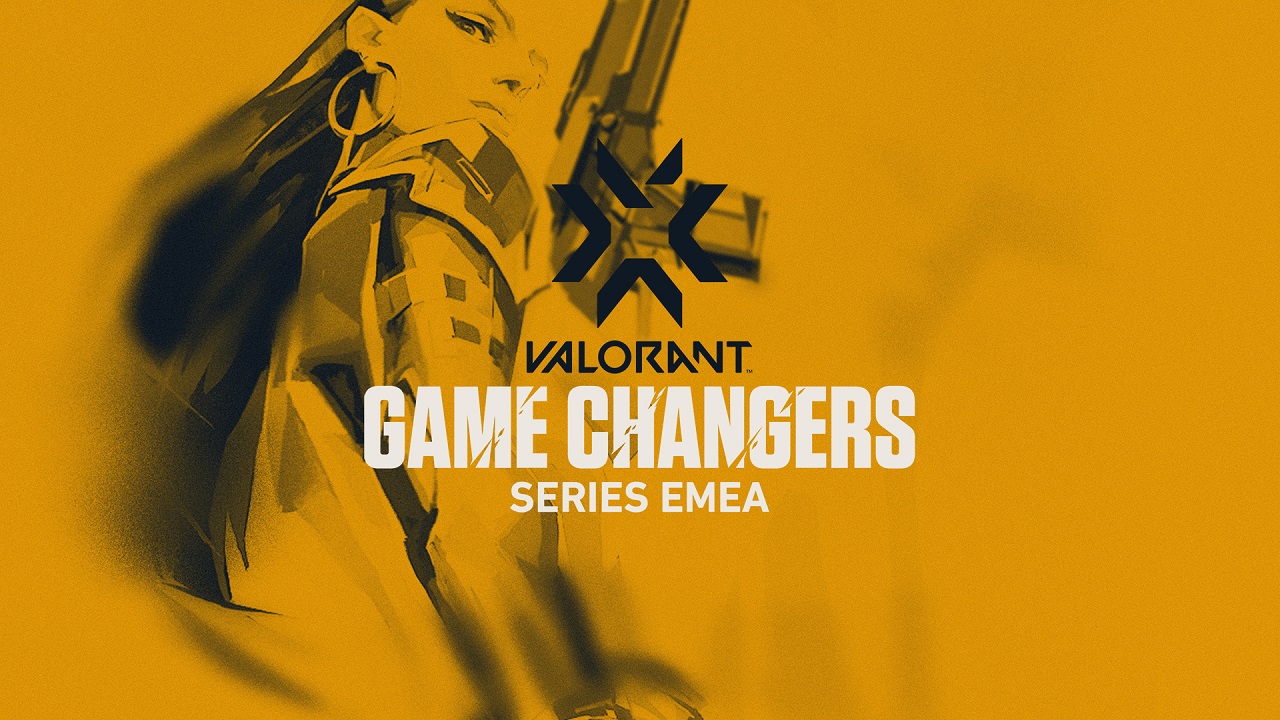 58 teams of fierce competitors are set to battle it out in the next iteration of the groundbreaking VCT Game Changers EMEA tournament series next week – and we’ve got something very exciting to share with you all before then!

True to VCT Game Changers EMEAs goal of fostering an inclusive environment for competition and creating new opportunities for women to shine in the VALORANT esports ecosystem, an astonishing total of 49 Teams registered for the first VCT Game Changers EMEA tournament, which took place between September 27 – October 3 this year The top spot was taken by TENSTAR Nova  following a valiant fight against Rix.GG after a week long competition, with the final score standing 3:1 in favor of TENSTAR Nova

This translates to 272 players (including subs) from 36 countries in the EMEA region, with the largest number of players coming from Turkey, followed by Russia and France.

Vera Wienken, Brand Manager DACH at Riot Games said: “We couldn’t be more proud about our first achievements. It’s awesome seeing these women competing on such a high level and vocalizing their dedication and positive feedback publicly. We see more and more esports organizations signing talents, which is a huge success and will allow us as a region to thrive together towards a more diverse VALORANT esports ecosystem. This is only the beginning, we are here to slay.”

And following the roaring success of our first series, we’re happy to announce that Series #2 and beyond will be backed by an incredible new partner ready to join the fray!

We’re delighted to reveal HyperX as our Main Partner for VCT Game Changers for the remainder of our first season! HyperX is integral to the VALORANT esports community and we’re excited to have them on board to help us push VCT Game Changers EMEA to the next level.

“At HyperX we celebrate and empower all gamers to be their best. The VALORANT Game Changers tournament is an incredible initiative that lifts all women to the forefront of competitive gaming, an area which needs to be improved to ensure inclusivity in gaming and esports. We’re proud to support the VALORANT Game Changers series in EMEA and look forward to witnessing the next generation of a more gender equal esport.”  Said Jessany Van’t Hoff, Head of Global Gaming Partnerships for HyperX.

What’s next? Looking ahead to VCT Game Changers EMEA Series #2

We’re immensely proud of VCT Game Changers Series #1 – so much so that we’re excited to do it all again!

VCT Game Changers EMEA Series #2 will kick off later next Monday as up to 64 all-women teams will battle it out for the lion’s share of the €20,000 prize pool. Series #2 will begin on October 25, with the final game closing out on October 31 in an action-packed week showcasing the best of the best female VALORANT talent EMEA has to offer.

And after watching Series #1, we know that some of these squads are ready to turn up all guns blazing! With that in mind, here are some of teams you should definitely keep an eye out for: