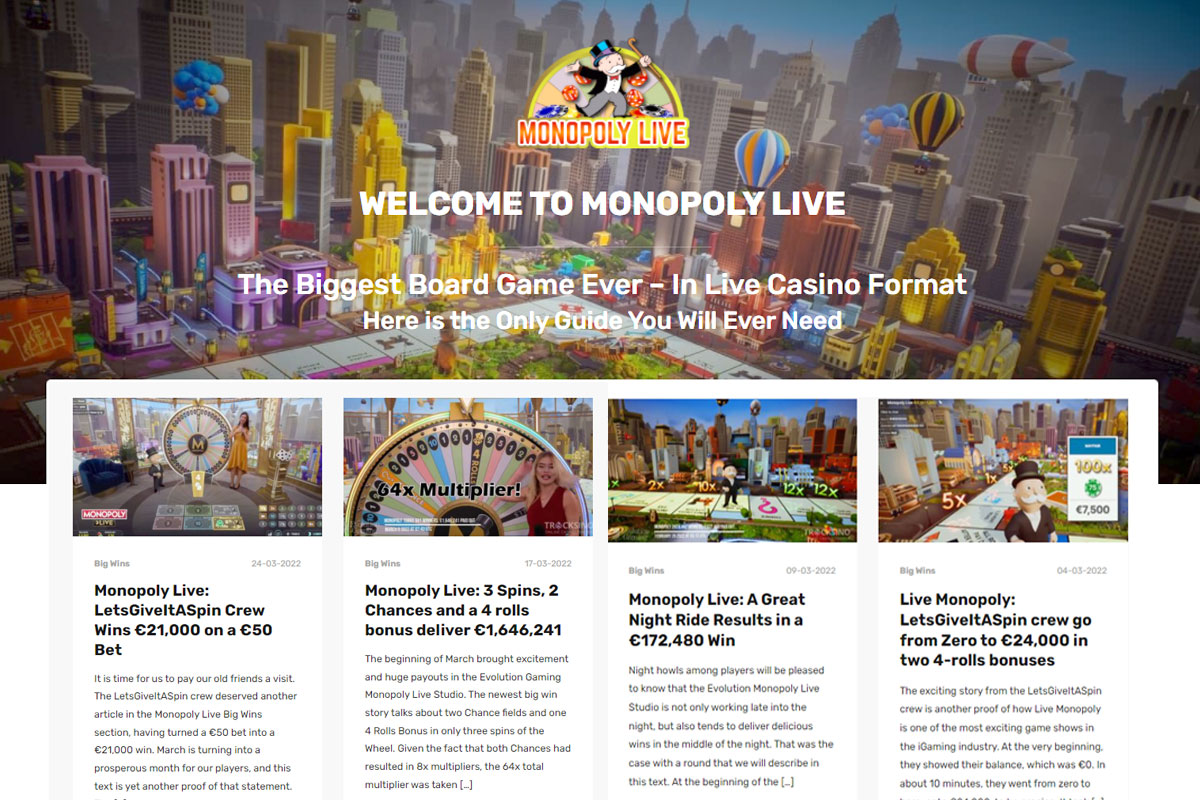 The partnership between Evolution, a top-ranked developer of live dealer games, and Hasbro, a giant in the world of board games, resulted in a unique live casino game show based on the cult board game. Launched in 2019, Live Monopoly became an instant hit. In fact, Evolution’s Monopoly Live was crowned Game of the Year at the 2019 EGR Operator Awards.

Following the success of Dream Catcher, a popular game show that hit the market a few years earlier, Evolution decided to design its game around the proven multiplier wheel. The final result was a thrilling live casino game ready to provide endless fun and plenty of winning chances.

Broadcast live from the company’s European live studios, Live Monopoly delivers an immersive playing experience. The game’s main selling point is an action-packed bonus round, which ramps up the excitement of the multiplier wheel and offers an entirely new level of gaming. It didn’t take long for the industry to recognise the quality of this release, scooping several prestigious awards.

All the elements that made the original board game were there, including a community and chance chests, with a random number generator determining outcomes. Many British players have fallen in love with this game, as can be seen from the fact that there are many Live Monopoly casinos licensed in the UK. With randomly awarded cash prizes and multipliers, and the main payout of up to £500,000, Do Not Pass Go, Go Straight to Jail, Waterworks, and Mayfair have never looked more appealing.

Live Monopoly comes with straightforward wagering options, ranging from as low as £0.10 to £5,000. Players just drag and drop chips onto the table to place their bets. The table options involved are four multipliers of different values and two-roll and four-roll bonuses.

Betting on all six maximises the odds of winning. However, it can prove costly, especially as there’s only one outcome per spin. Each number denotes a multiplier value, which means that a winning bet of £1 on number ten generates a 10x multiplier. Those brave enough can also choose to double up their wagers.

The process of placing bets lasts for twelve seconds. After the timer runs out, the live dealer will spin the wheel, which is divided in the following way:

Once the reel stops, the result is determined. The dealer interacts with players by making comments in the chat feature.

Whenever the wheel lands on Chance, Mr Monopoly will jump from his seat to reveal a card. Players can get a cash prize or a multiplier.

Cash will return the stake on top of the existing wins while the multiplier spins the wheel again. If a win occurs, the multiplier will boost its size.

Let’s say the chance card awards a 10x multiplier, and the wheel stops on the number ten. In that case, that 10x is multiplied by 10x, and everyone who bet on the said number will receive a multiplier of 100x. If the card produces another multiplier, they will be multiplied, leading to staggering wins. Getting a two-roll or four-roll option with a multiplier will multiply all bonus game rewards.

Once you trigger the rolls, Mr Monopoly will take you to the famous board game. Still, more importantly, he’ll boat the multiplier on the recognisable properties. A two-dice roll follows, with Mr Monopoly moving across the board. Throw the double to receive an extra throw. The Monopoly board matches the regular one, with the same layout. All the properties, free parking, taxes, jails, chance, community, and Go are there.

In terms of prizes, properties, railway stations, utilities, and free parking offer basic rewards. Like in the original game, the best Live Monopoly gambling strategies include building houses and hotels, resulting in much bigger prizes. Stopping on Go to Jail sends Mr Monopoly to jail, with two doubles needed to set him free. Chance and community deliver multipliers, while passing Go doubles the size of all subsequent prizes. Income tax is worth 10% of your bonus winnings, with supertax reducing them by another 10%.

Ever since Live Monopoly was showcased at 2019 ICE London, it mesmerised players with looks and a unique playing experience. Three years later, it still captivates audiences, and we’re sure it will continue to do so for a long time. The live studio setting adds to the excitement, allowing a Birdseye view of the Monopoly town. At the same time, Mr Monopoly contributes to the immersive atmosphere by interacting with the host during the game.

The chat feature is an excellent addition to the game, allowing players to interact with the host, taunt their opponents, or simply vent their frustrations if they lose. Unfortunately, it can’t be turned off, so you’ll have to bear it.

Display settings players to adjust camera angles, with conveniently placed links to history and rules. It’s easy to navigate through the wagering table, with easy-to-understand wagering options. Your last 24 rolls are shown on the right part of the screen and can come in handy for making better options.

Landing the rolls won’t come often, but you could easily scoop significant prizes when it does happen, provided you’ve boosted your multiplier. To sum it up, Live Monopoly will deliver a completely new experience in a familiar setting. Its biggest downfall is that you won’t be able to flip the table after you lose.

Are we in a golden age of casino games? 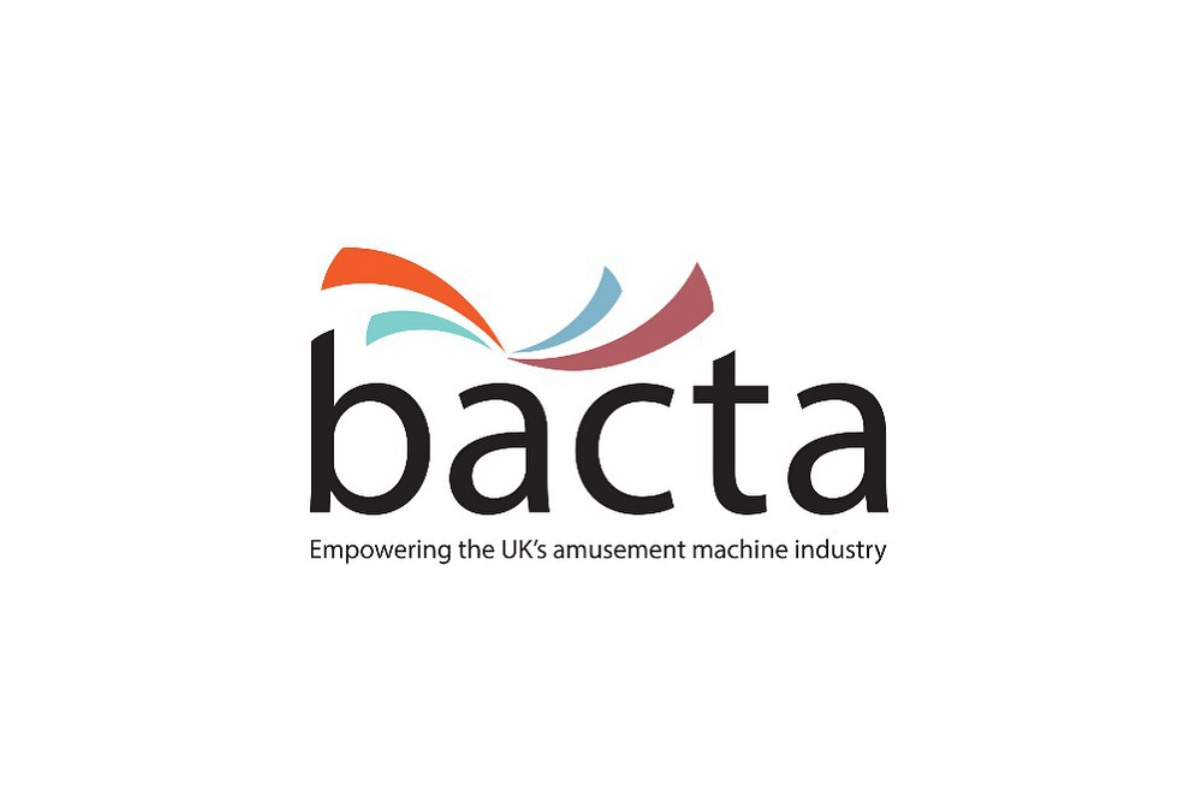