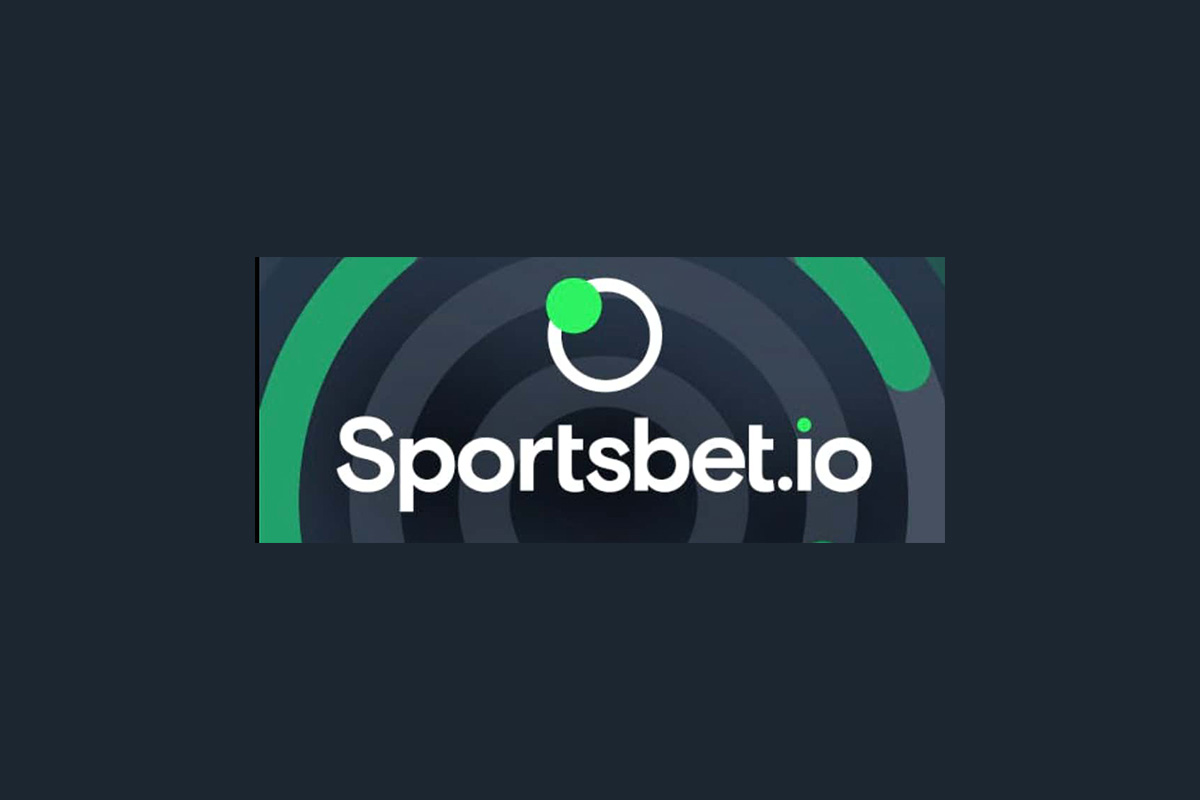 Southampton Football Club and Main Club Partner Sportsbet.io have today announced the opening of the ‘Saints Social Club’ at the Northam Social Club, funded by a first-of-its-kind Crypto Fan Fund.

Chosen by the fans, the Saints Social Club is the ultimate Southampton fan bar, featuring artwork, kits, and memorabilia celebrating the club’s illustrious 136-year history. True to their ‘Saints’ moniker, the designs also include stunning stained-glass artwork of Southampton heroes, past and present, including James Ward-Prowse, Alan Shearer, and Nathan Redmond.

The launch was marked by an all-day event during Southampton’s home fixture against Manchester United and featured a panel with Southampton FC legends Nigel Adkins and Francis Benali, as well as a live performance from the Saints Brass band.

The Saints Social Club will remain open throughout the season for all Southampton fans to enjoy, and will also be used to host additional community events for the Saints Foundation. Fans will be given a Saints Social Club card upon their first visit to Northam, which will get them access to all future events, including every Southampton FC matchday.

Southampton fans abroad will also have the chance to join the Saints Social Club, through the magic of VR. Following the launch, headsets will be donated to dedicated Southampton superfans in countries across the world. Filmed at Northam during the United fixture, the headset will allow international fans to experience the atmosphere of a Southampton matchday and feel part of the Saints family.

“It’s been brilliant to work in close collaboration with the representatives of our Saints Voice panel and to find out what really matters to them in order to bring the best matchday experiences for our fans. The new Saints Social Club will provide a wonderful opportunity to bring our fans together and act as a real focal point for our local community.”

Sportsbet.io launched the Crypto Fan Fund in November, donating two Bitcoins to be used for a fan-led initiative. The Club and Sportsbet.io worked with leading supporters’ group, Saints Voice, to decide how the donation would be spent, with fans voting in March to turn Northam – just a stone’s throw from St. Mary’s Stadium – into a dedicated Southampton FC fan pub.

“It’s been a privilege to work with Saints Voice and the Southampton fans throughout this process, and we’re so excited to see the Saints Social Club come to fruition this summer. Through the Crypto Fan Fund, we wanted to show how crypto can be used to genuinely support fans and help them deliver the initiatives that they want to see, and with the help of Southampton FC and Saints Voice, we’re delighted to have been able to do exactly that.”

The donation consolidates Sportsbet.io’s ongoing commitment as the main club sponsor of Southampton Football Club, and as a leader in the crypto community. The initiative is part of Sportsbet.io‘s ‘Believe the Hype’ campaign, encouraging Saints to believe the hype around their club, and around cryptocurrency. 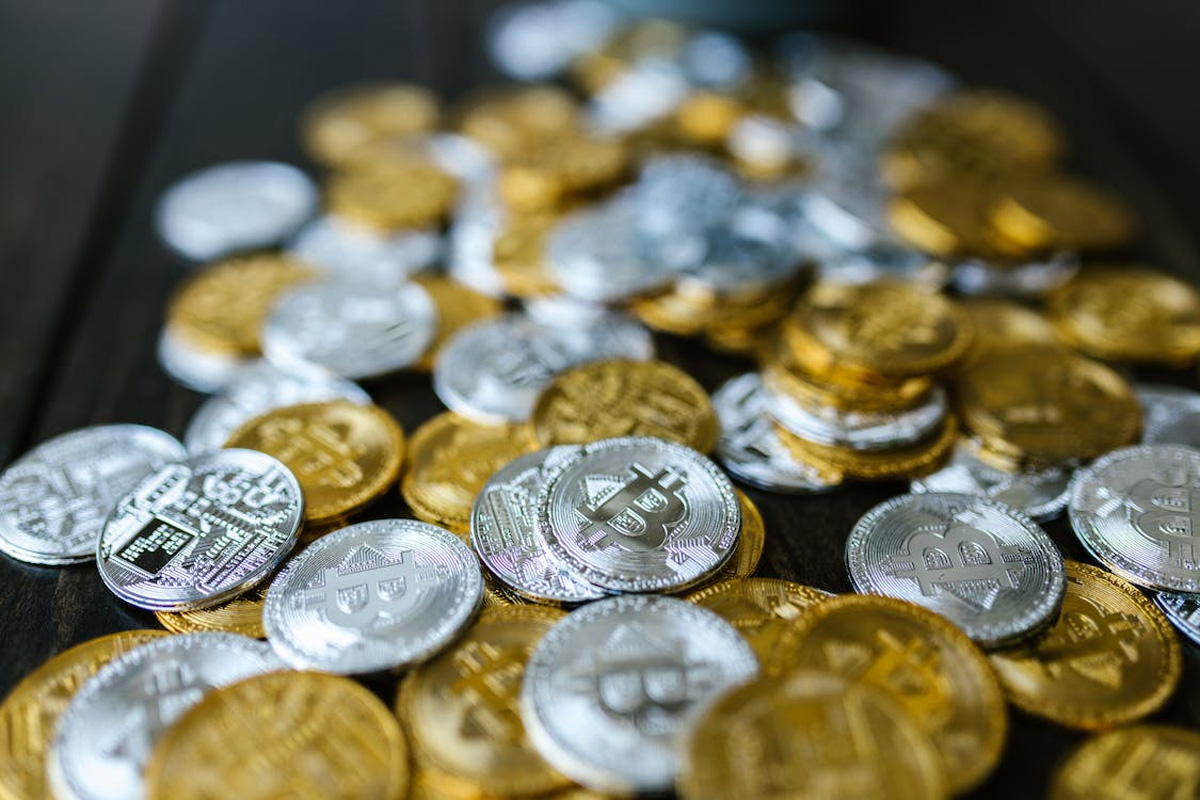 Cryptocurrencies are having a moment. Bitcoin, the first and most well-known cryptocurrency, has seen its value skyrocket in recent months, with one bitcoin worth more than $18,000 at the time of this writing. Cryptocurrencies are digital or virtual tokens that use cryptography to secure their transactions and control the creation of new units. This makes them a potentially appealing option for online casinos, which could use them to make deposits and withdrawals faster and more secure. But there are some potential pitfalls to consider before jumping into cryptocurrencies for online casino gaming. Let’s take a closer look at both the promise and the risks of using cryptocurrencies in casinos.

How Does a Bitcoin Casino Work?

When it comes to online gambling, there are a lot of options to choose from. One type of online casino that has been gaining popularity in recent years is the Bitcoin casino. So, how does a Bitcoin casino work?

Essentially, a Bitcoin casino is just like any other online casino, except that it allows players to gamble using the cryptocurrency Bitcoin. This can be beneficial for both the casino and the player, as it offers a more secure and anonymous way to gamble. Lots of recent brands which were launched in 2022, offer crypto payments to players in India and beyond. For the player, this means that their personal information is not at risk of being compromised.

For the casino, it means they can accept payments from players worldwide without having to deal with banks or other financial institutions. In order to get started with a Bitcoin casino, all you need is a Bitcoin wallet. Once you have set up your wallet, you will be able to deposit Bitcoins into your account and start playing your favorite casino games.

What are the Pros of Crypto in a Casino?

What are the Cons of Crypto in a Casino?

Cryptocurrencies in casinos are not without their risks and drawbacks. One of the most significant dangers is the possibility of theft or fraud. Because digital currencies are stored in digital wallets, they are susceptible to hacking. If a hacker can gain access to a user’s wallet, they could theoretically steal all of the currency stored inside.

Another risk associated with cryptocurrencies is volatility. The value of Bitcoin and other digital currencies can fluctuate wildly, creating problems for casinos that accept them. If the value of a currency plummets suddenly, a casino could end up taking a big loss.

Finally, there is the regulatory risk. Cryptocurrencies are still not well understood by most governments and regulators. This could create problems down the line if authorities decide to crack down on casinos that accept them. 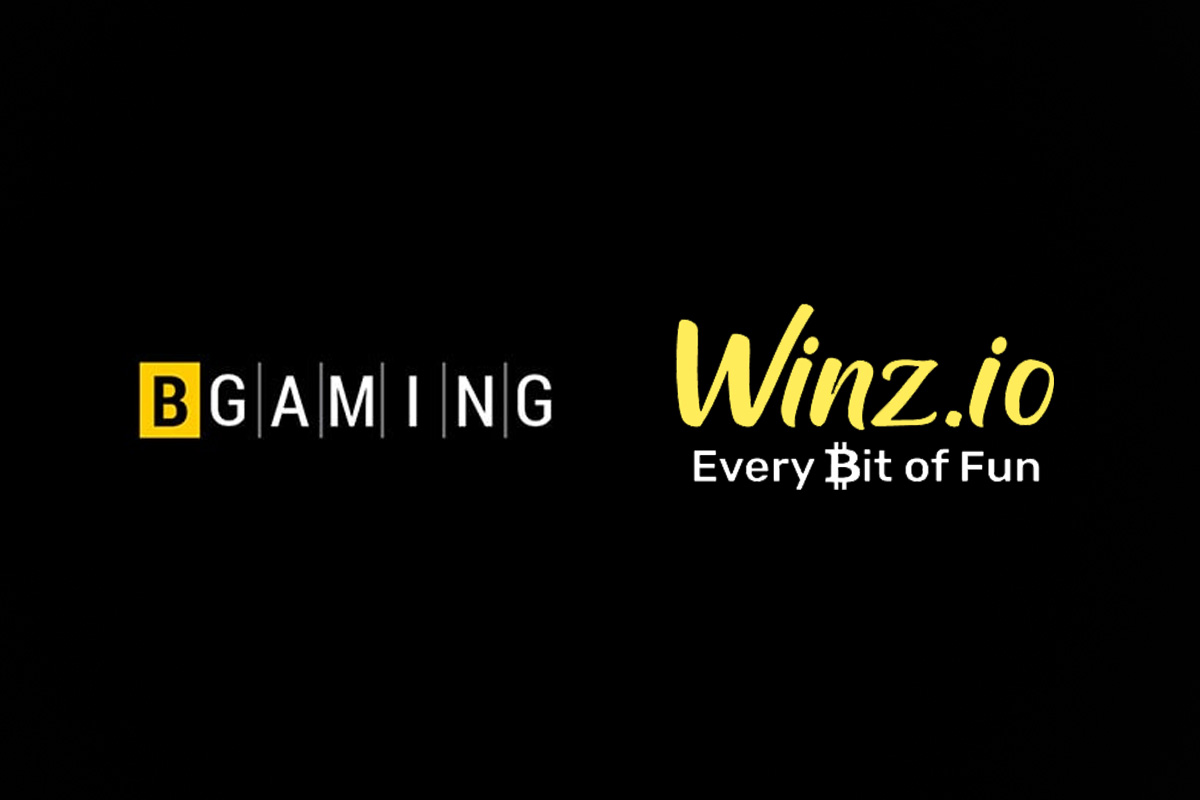 Traditional online casinos continue to refuse to accept cryptocurrency assets as payment options for their accounts, claiming that they are inherently unstable. There is some truth to these words because we can see for ourselves how the overall market is falling as a result of the Terra ecosystem hacks. But you have to give cryptocurrencies credit for some ambitious casino projects that are still operational simply because they accept cryptocurrency deposits and withdrawals. Today, we will look at how virtual money has impacted the entire gaming industry.

If you are an experienced online casino player, then you also know about the most popular software developers like BGaming. They have released exclusively exclusive games for Winz.io casino online such as Multihand Blackjack and Winz to the Moon.

Winz to the Moon is a fascinating and very addictive slot game that is built to evolve and reward players with unpredictable results and large prizes. There, users may study the payoff tables to learn how the game works and how much they can win. It allows you to go on adventures in deep space, and by spinning the symbols on the screen, you may win prizes that are out of this planet.

Multihand Blackjack is an extremely popular game that has drawn participants from all over the world since it was launched and made available. It is simple to learn and enjoy, whether you are a seasoned professional or a novice who has never played a game like this before. The purpose stays the same as in any other blackjack version. Players must obtain a total number that does not exceed “21,” but should be as near to it as possible because they are playing against the dealer, who also has a hand. Six decks are employed here, allowing for 312 playing cards every round. In addition, the dealer will deal with three hands.

At a time when traditional gambling sites were under state scrutiny, each crypto casino saw unprecedented gains as a result of a sense of freedom. Traditional representatives of this type of gambling began to feel constant pressure from regulators, who were required to enforce anti-money laundering laws and implement mandatory KYC verification. Later, traditional online casinos began to suffer from financial institutions that required individual verification of each new player and withdrawal approval under the same law.

All of that has changed with the advent of cryptocurrencies. Because it does not apply to any known financial institution, it cannot be regulated. The very nature of cryptocurrencies is decentralized and transparent. As a result, states and regulators have relaxed their grip on traditional casinos because frequent checks have become a minor inconvenience for users. Even where there was no direct support for cryptocurrencies, casino gaming has become more open.

These are the most Googled Cryptocurrencies in every European Country 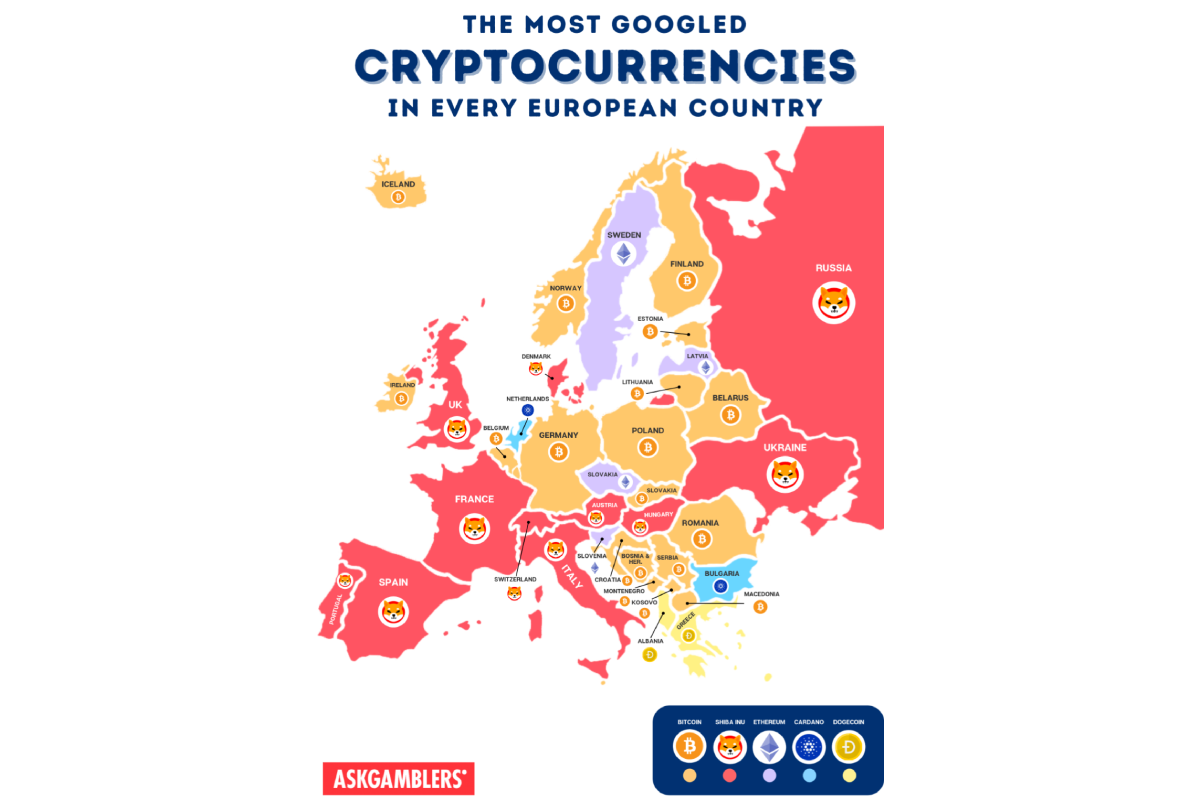 New research has revealed the cryptocurrency each European country wants to invest in the most, with Bitcoin taking the top spot.

The research, conducted by online casino experts AskGamblers, analysed Google Trends data over the past 12 months to establish the cryptocurrency that each country across Europe wants to invest in, based on searches.

The analysis revealed that Bitcoin is the most searched cryptocurrency in Europe, with twenty-one countries searching for Bitcoin more than any of its competitors, including Germany, Poland, Romania, and Belgium.

Seven countries were searching to invest in Shiba Inu more than any other cryptocurrency, including the UK, Russia, France, and Italy. This makes Shiba Inu the second most popular cryptocurrency in Europe.

Ethereum is the third most popular cryptocurrency, according to the research. The countries seeking to invest in Ethereum the most are Sweden, Czechia, Latvia, and Slovenia.

A total of three countries – the Netherlands, Bulgaria, and Andorra, were searching for Cardano more than any other cryptocurrency. This placed Cardano in the fourth spot in Europe overall.

In fifth place is Dogecoin, which was the most popular cryptocurrency in Greece and Albania.

Commenting on the findings, a spokesperson for AskGamblers said: “There is an abundance of free information available online to educate people on crypto, especially on platforms such as TikTok and YouTube. This has opened the opportunity for people of all different backgrounds to start investing, who might not have had the knowledge or confidence to enter the world of crypto before.”

“With 38 million crypto users in Europe and thousands of cryptocurrencies on the market to choose from, it is fascinating to see which one people are the most interested in investing in. Although Bitcoin is the most popular overall, the interest in Shiba Inu has grown to surpass Bitcoin in major countries such as Russia and the UK.”

Most Googled Cryptocurrency in Europe