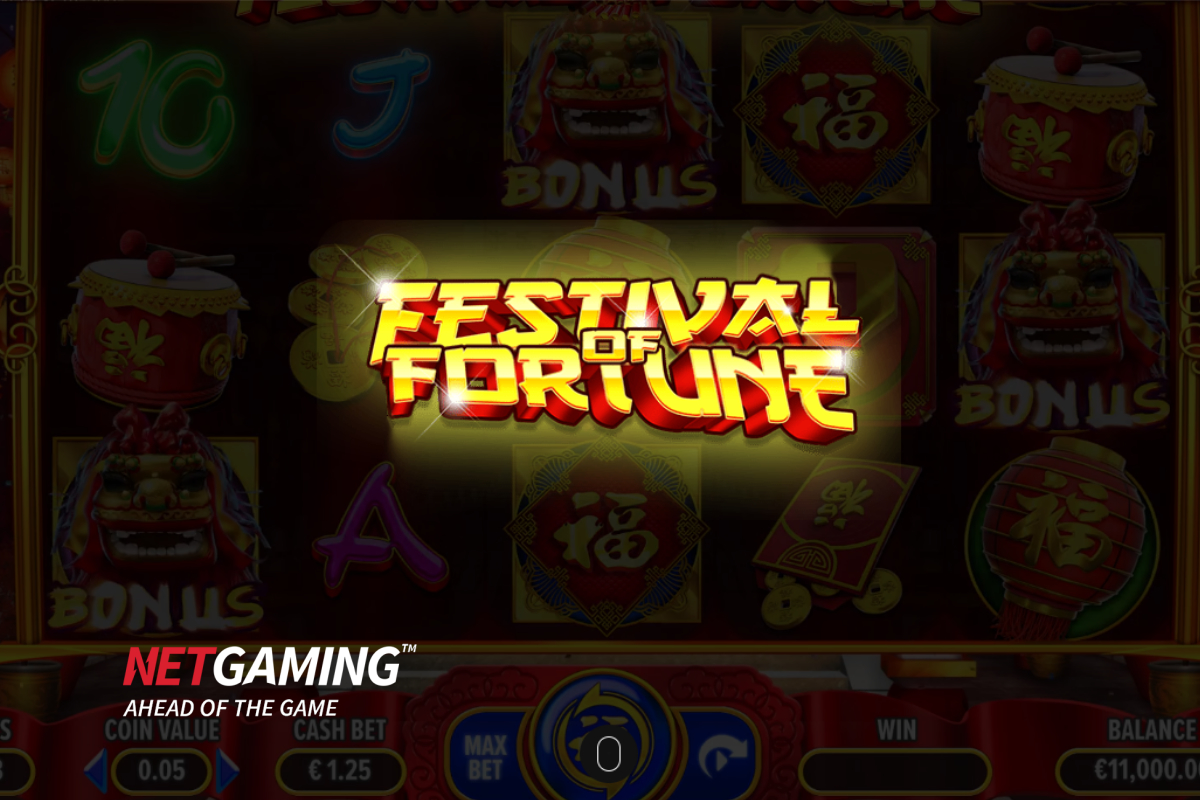 The 5×3, 15-payline title, created in celebration of Chinese New Year, sees a range of colourful symbols and inviting characters appear against an immersive traditional Far-Eastern background.

Players enjoying good fortune can trigger the Lucky Lion Bonus where a feast of free spins await them, with the Mystery Replace feature allowing for up to 27 additional free spins.

The game is the latest addition to NetGaming’s dynamic slot portfolio, which is available in 26 languages and can be played using more than 40 currencies.

The supplier’s ambitious global expansion has seen it enter several important territories including Africa and the CIS countries, as well as signing high-profile distribution deals with companies such as Relax Gaming and Bet Construct.

“Following a hugely successful ICE, NetGaming is continuing to produce premium quality content as we look to build on our international expansion.”

Related Topics:Festival of FortuneNetGamingPallavi Deshmukh CEO at NetGaming
Up Next

The Dust has announced the third in a series of 15 simulator games. You can already track the development of Car Thief Simulator on Steam.

Push Gaming first in the door with Caxino 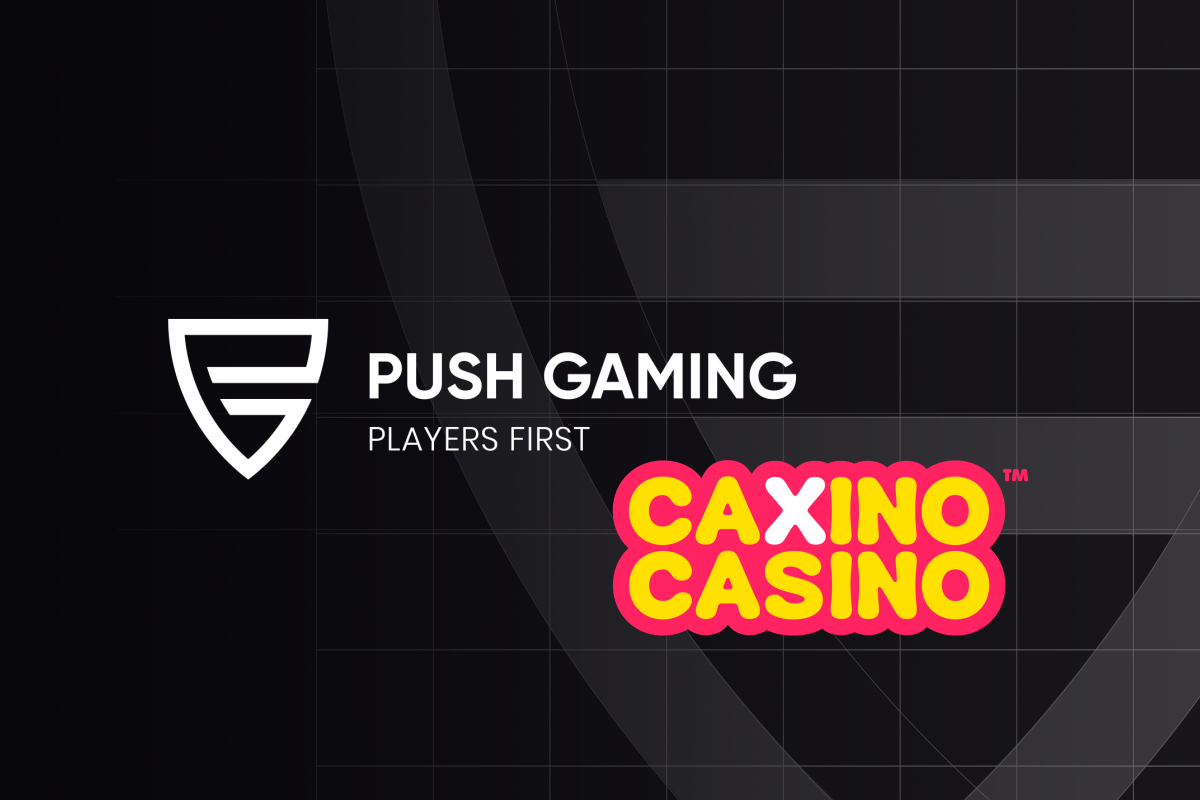 Unveiled to great fanfare in June 2020, Push Gaming is set to provide the newly launched Caxino with its engrossing collection of slot titles following an initial agreement signed earlier in June.

Billed as a casino ‘fit for the digital age’, Caxino is powered by Rootz’s cutting-edge software platform, and has been designed to eliminate lengthy sign-up and payment processes to cater to the new generation of player.

The deal, which is facilitated via Push Gaming’s own MGA-licensed platform, sees Caxino integrate chart-topping player favourites such as Jammin’ Jars, Razor Shark and Joker Troupe.

The hugely popular developer has gone from strength-to-strength in the first half of 2020, signing a wealth of partnerships with prominent operator groups, including William Hill, GVC and Genesis Global.

Commenting on the deal, James Marshall, CEO at Push Gaming said: “We are thrilled to deepen our partnership with Rootz – a company that shares many of our core values of putting players first, and we are delighted to be supporting Caxino’s launch.

“Our expectations were already knocked out of the park when it came to the performance of our games on Rootz’s Wildz casino, so we can’t wait to see how they’ll do with Caxino!”

Tony Kjaldstrom, COO of Rootz, said: “We are delighted to integrate Push Gaming’s varied and dynamic portfolio with our latest cutting-edge casino, Caxino.

“The studio is rapidly becoming one of iGaming’s most exciting brands, and its acclaimed product suite will be a fantastic addition to our world class offering. Having already enjoyed significant success together with Wildz, we look forward to many more years of working together.”

Blueprint Gaming, the UK’s leading developer of iGaming content, has strengthened its team with the appointment of Lauren Bradley into the newly created role of Head of Commercial.

Lauren’s arrival comes at a pivotal period for the company and during a watchful time throughout the industry following a flurry of M&A activity which is changing the online gaming landscape.

Bringing a wealth of experience and industry knowledge from previous high-level commercial and account management roles at tier one suppliers and operators, most notably Bede Gaming, iSoftBet and more recently Realistic Games, Bradley will aid the long-term development of the business and success of Blueprint.

Blueprint’s new Head of Commercial, Lauren Bradley, said: “I’m incredibly honoured to be joining one of the most innovative companies in the casino sector and working alongside such a talented team, many of whom I’ve had the pleasure of working closely with throughout my time in the industry. It’s an exciting time for the company and I’m relishing the challenge of working to sustain and grow Blueprint’s already thriving business.”

Matt Cole, Managing Director of Blueprint Gaming, said: “Lauren is a well-known and highly respected figure in the online casino industry and will prove to be an important addition to our already outstanding team. Her skills and knowledge will be invaluable as we look to further extend Blueprint’s presence across new markets, as well as continuing to engage closely with our existing partners.”

Jo Purvis, Director of Marketing and Relationships at Blueprint Gaming, said: “The timing for Lauren and Blueprint Gaming is perfect as we move into new territories and navigate our way through an ever-changing industry landscape. We know Lauren very well from her previous role at an operating partner of ours and we couldn’t be happier that she’s joining the Blueprint team.”

Enormous potential for serious games: sales revenue expected to grow by 19 per cent annually in Germany 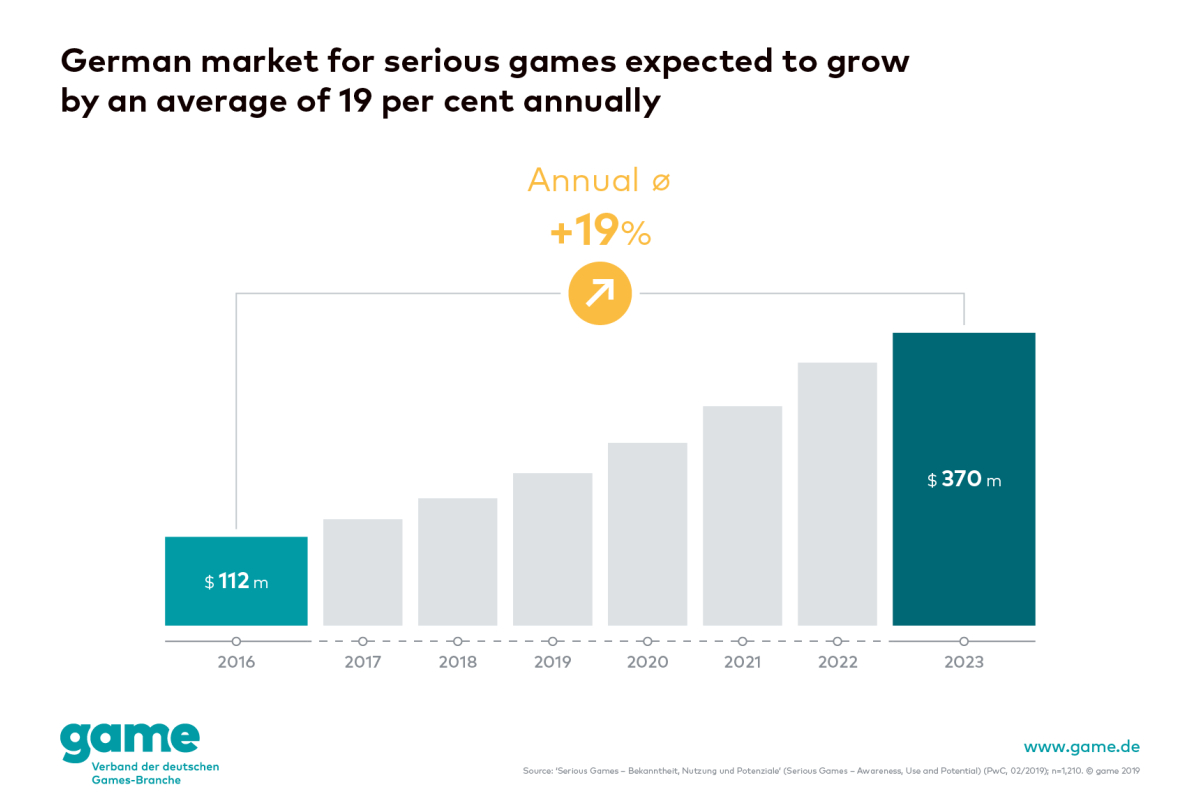 German serious games market likely to grow to 370 million US dollars by 2023
‘Considering the current turmoil in many industries, more companies should move with the times and use serious games as part of their employee training’

The German market for serious games is expected to grow significantly in the coming years: sales revenue in Germany is likely to increase by an average of 19 per cent annually, and market volume is projected to grow accordingly, to 370 million US dollars by 2023. This information was announced today by game – the German Games Industry Association. These figures are based on a projection from auditing and consulting firm PricewaterhouseCoopers. And the global trend looks similar: worldwide sales revenue from serious games is projected to grow by 19 per cent, creating a market worth approximately 9.2 billion US dollars by 2023.

‘This data on the German market for serious games – which has never been presented in this form before – demonstrates that serious games boast enormous potential in many areas, such as education and health care, and they also offer very strong economic prospects,’ says Felix Falk, Managing Director of game. ‘Whether learners are school pupils or career professionals, serious games increase learners’ motivation over the long term and make complex concepts easier to understand. They present a major opportunity for our knowledge-based society, and considering all their positive aspects, they are not being used nearly often enough.’

Felix Falk: ‘Many in the business world still have reservations about serious games, as they feel that games are the antithesis of work. However, the survey results show how positively human resources managers rate serious games. Considering the current turmoil in many industries, more companies should move with the times and use serious games as part of their employee training. These games give employees the opportunity to learn key skills for the digital workplace alongside their colleagues in an interactive, digital format. And they can also give companies a strong competitive advantage.’

Further data from the survey on serious games conducted by auditing and consulting firm PricewaterhouseCoopers can be found in the new publication ‘game Fokus Serious Games’, which is available free of charge and in German language on seriousgames.game.de

About the market data
The data comes from a survey conducted by auditing and consulting firm PricewaterhouseCoopers (PwC) GmbH. 407 human resources managers were surveyed, comprising 234 men and 173 women. The average age of survey participants was 43.1. The survey was conducted in the second half of December 2018.

Push Gaming first in the door with Caxino

Enormous potential for serious games: sales revenue expected to grow by 19 per cent annually in Germany