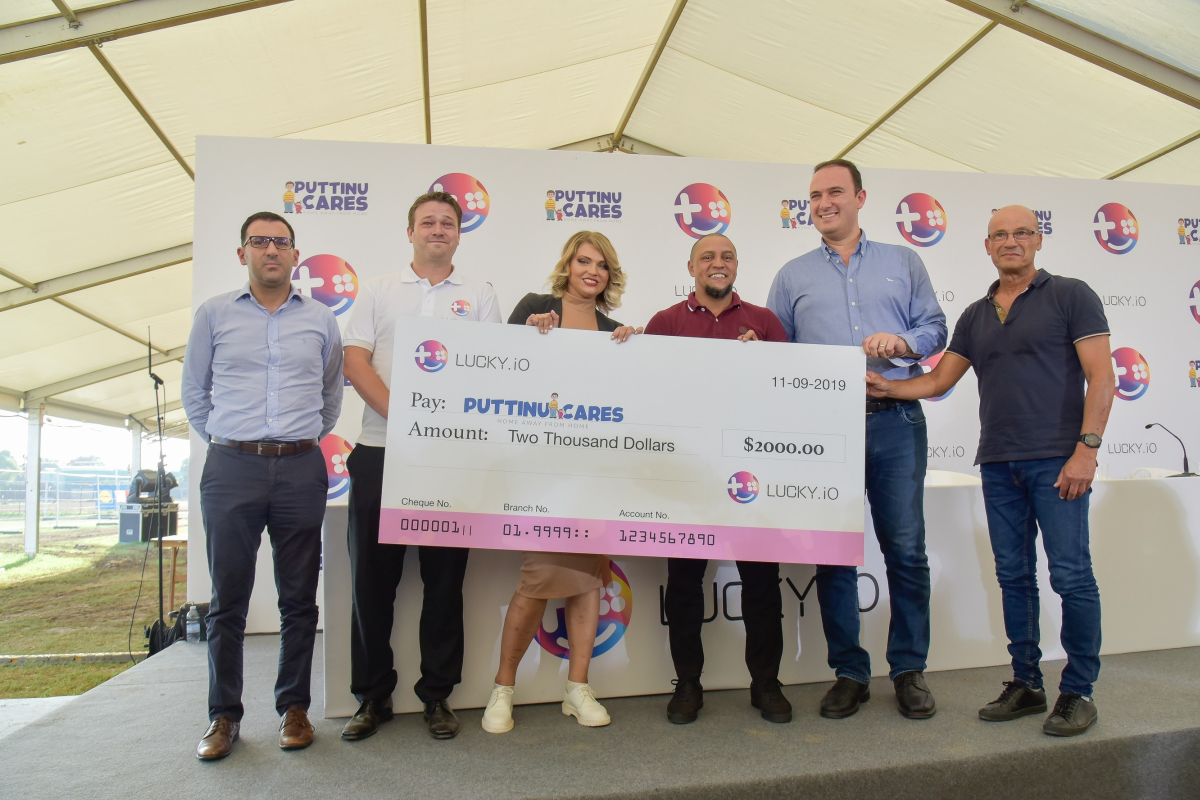 “Love has no limit […] and when you do what you love, magic is very real.” * Legendary footballer Roberto Carlos spoke to children who had or had been through cancer about the importance of doing what you love and how this leads to where you want to be.

Carlos spoke at a press conference organised by online casino LUCKY.io in collaboration with the charitable paediatric cancer organisation Puttinu Cares at the Puttinu Cares Football Grounds in Malta on 11 September.  The famous footballer, an ambassador for the casino, was in Malta to sign several merchandise items to be auctioned off during the 15th edition of the annual three-day Puttinu Cares football marathon, held between 13 and 15 September.

“When you do what you love doing, you don’t need to force it – you simply do it and before you realise you’re good enough to do it professionally. And then there’s no limit. You will never stop, because you’re doing what you love, right?”* The footballer noted.

He used the success of Puttinu Cares as one such example, noting how they do “something they are truly passionate about and that passion spreads.”

The football player from Brazil is considered to be one of the best left-backs ever. He grew up in a family with little financial resources and had to work during his childhood. To the delight of the children Carlos then went to play football with them.

Dr Calvagna, Vice President of Puttinu Cares, and one of its founding members thanked LUCKY.io for believing in its cause and helping the organisation with its current project: to build new accommodation for the patients and their families who travel to the UK for cancer treatment.

LUCKY.io CEO Halvor Dahl spoke about the aim behind his casino, which works in cryptocurrency, is to change the industry. He went on to stress that this is how people can come together in a new way – from various different backgrounds […] and that this is what blockchain and cryptocurrency are all about.”