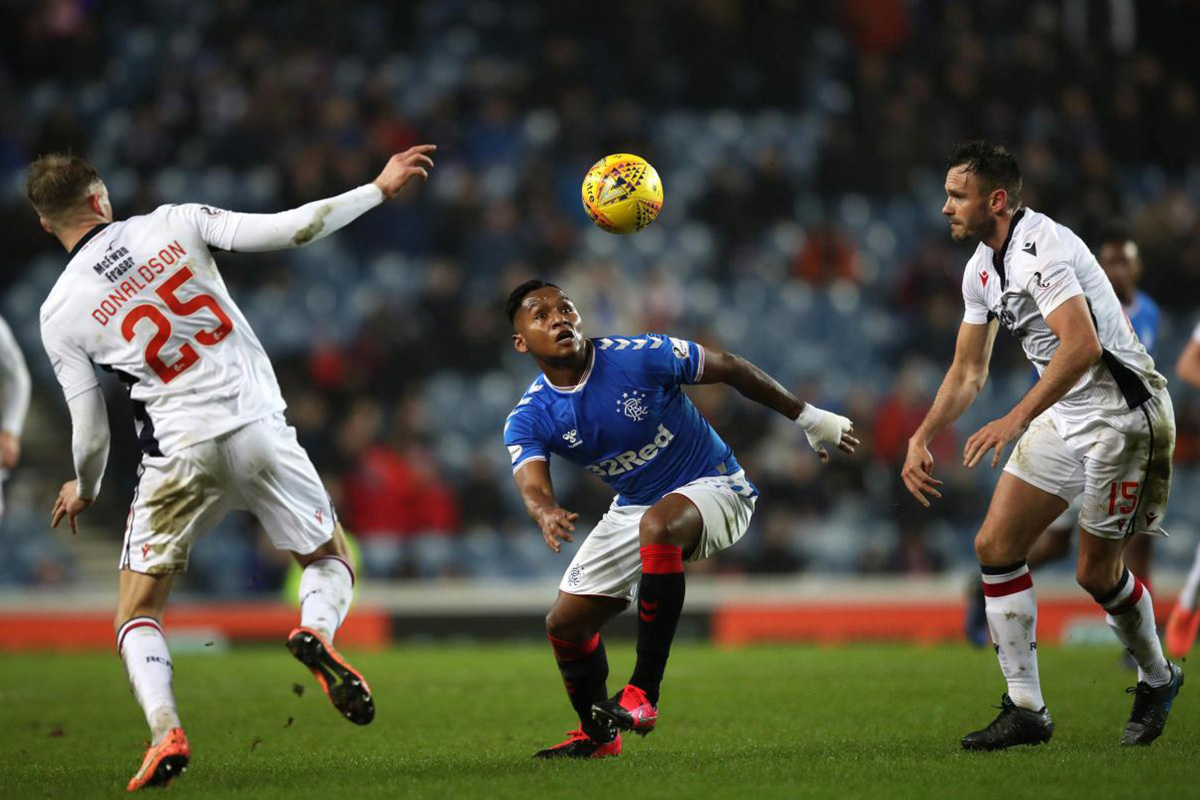 The news follows on from Everton and Kenyan betting firm SportPesa cutting ties two years into a five-year deal and the English FA having dropped its deal with Ladbrokes in 2017 getting into hot water this season after the sale of FA Cup broadcast rights to Bet365 that could only be watched by Bet365 account holders.

The announcement of the William Hill and the SFA does not give a specific reason for the end of the almost 10-year partnership, though it would appear to be a friendly parting of the ways in light of the increased focus on the role of betting sponsorships in football.

“The Scottish FA would like to thank William Hill for their investment in Scottish football over the past decade. Their sponsorship has enabled development in many aspects of the game, through the Scottish Cup, men’s national team and Hampden Park, but has also supported key initiatives such as the Hampden Sports Clinic’s mental health programme,” Ian Maxwell, Chief Executive of Scottish FA, said.

“The Scottish Cup is a unique and vibrant competition and it has been honour to be associated with it. We would like to thank the Scottish FA for being a great partner and wish Ian Maxwell and his team the best of luck in the future,” Liam McKee, Head of Media and Sponsorship at William Hill, said.

SIS (Sports Information Services) has today announced the move to close down all non-essential services and to furlough a significant number of staff effective immediately.

With the suspension of almost all live racing worldwide and the closure of a significant number of worldwide retail betting outlets, SIS has taken this action to protect its long term future and to be ready for the resumption of normal service for customers and partners when it becomes appropriate.

In this interim period, SIS continues to supply online content to operators while that content is live. All services to retail operators will be suspended.

Richard Ames, CEO of SIS, said: “SIS is moving into an interim period of hibernation in these extraordinary times. I am pleased to be able to confirm that our intention is to come back just as strongly as before and to be back up and running to serve the needs of our customers as soon as live racing content returns to action.

“We are taking this action to protect the business and to preserve the jobs of our hard-working team. I thank each of them for their fantastic commitment to continuing to service our content partners and customers throughout the last challenging weeks and look forward to welcoming them back into the business as soon as possible.”

Yggdrasil, the innovative online gaming solutions provider, is taking players on a trek deep into the jungle full of exotic animals and multipliers in its latest title Multifly. In this exotic slot, five chameleons have their eyes set on tasty fireflies and the more they catch, the bigger the reward for players.  The game is packed with fierce features including Dropdown Wins, Wilds and the MultiMAX feature that allows every win to be multiplied by up to 5 different multipliers. The Dropdown feature causes winning symbols to disappear from the reels, leaving room for new symbols to land. Every winning screen will leave a Wild to further boost the win potential for the next drop by increasing the reel multiplier by 1.

NetEnt is taking players deep inside an enchanted woodland steeped in elvish magic in its new release Wilderland™. Set within a magical forest, the slot hides some mystical features. NetEnt’s famous Walking Wilds mechanic is back but now with Walking Scatters, multiplying multipliers and stacks. All the player needs is the Wilds to connect in the activation zone to start the feature. Wilderland’s free spins depend on those walking symbols. Players will keep getting free spins until the last walking symbols are gone, while each spin can bring more with a full screen activation zone to increase chances of adjacent symbols connecting.

Greentube’s Home of Games just became a whole lot spookier with the addition of the thrilling new title Ghostly Towers™, now available for all B2B partners! The supernatural is haunting the reels of this spooky slot, but do not fret! The friendly resident ghost, Pierre, is on the player’s side, boosting win potential and maximizing the gameplay with frightfully good reel modifiers. In addition to Ghostly Towers’ sublime game animations, the 5-reel, 20-win line slot packs a ghost-load of extra features, including three different reel modifiers and a Free Spins Bonus to enhance the gaming experience. Whenever Pierre the ghost appears on the reels, a modifier activates, giving the player a new advantage in their quest for riches in the haunted house.

Genesis Games launches a brand-new slot game that showcases a fortune hunting mole in search of valuable crystals across deep space, making it their 11th game under the Radi8 series. Crystal Crater is a 4 x5 slot game with 50 pay- lines that drops Stacked Wilds, Random Wilds and a special feature where players get to choose a preferred combination number of Wilds and Free Spins. This special feature provides four options including a mystery choice option with predefined selection of Free Spins and Wilds, 2 to 3 Wilds and 20 Free Spins, 3 to 5 Wilds and 10 Free Spins and 5 to 7 Wilds and 5 Free Spins.

True Lab, a game provider within the True Flip group, unveiled another uniquely themed slot with a Buy Bonus feature. Buried in books, sweating on their decks, abusing energy drinks – five smartheads chase a fruitful investor meet-up. Heroes of Startup Valley gain experience points for dedicated free spins that unfold their super skills. These include additional wilds and random multipliers thrown on the reels. Three IPO scatters arriving in the base game trigger a round of 10 IPO free spins. These include all characters at once with their unique features mixed and applied randomly. The Buy feature will trigger an IPO free spins round with a single click. The rate will depend on a player’s selected bet size.

Red Tiger challenges players to venture deep underground in search of big wins with its latest release, Vault of Anubis. The 7×6 cluster slot is set in a vault guarded by giant structures, where intrepid players have the chance to win up to 5,000x their stake – if they can hold their nerve. The game’s top row includes the Free Spins meter which is filled by four Vault Spins symbols. The reels feature Egyptian-styled playing card symbols such as an emerald scarab, the eye of Horus, and Anubis himself. Vault of Anubis has already proved a big hit in an exclusive deal with LeoVegas, and with its Super Symbols and Free Spins it is sure to have players returning to the vault for more.

Pragmatic Play, a leading content provider to the gaming industry, has opened the saloon doors with the launch of its exhilarating new slot game, Wild West Gold. The latest addition to the provider’s vaunted Gold series transports players to a frontier town in the American West in the quest for riches. This 5×4 reel, 40 payline title features rogues, bandits and outlaws filling the reels, while the Sheriff symbol acts as a Wild, with up to a 5x random multiplier added to the Wild. Three sunset Scatter symbols in view triggers the Free Spins mode, with more sunsets leading to additional spins. In the bonus round, the town comes alive after dark with Sticky Wilds staying on the reels for the duration of Free Spins, with the potential to win up to 10,000x a player’s stake.

Kalamba Games is bringing the bright lights of Florida’s party capital to the slot experience in its latest release Miami Bonus Wheel. The 3×3, 10 payline slot offers a fresh take on the classic U.S. land-based theme and is packed with engaging features that turn up the heat of the player experience. Players can shortcut straight to the all-new Bonus Wheel via Kalamba’s signature HyperBonus feature, and in the base game there are three variants of multiple Wilds symbols with the value of one, two or three to ramp up the excitement factor. Up to 15 Free Spins are awarded whenever there is a win in the Bonus Wheel feature, triggered when three bonus symbols land anywhere in the base game.

The Play’n GO series of Joker games have been firm favourite’s over the years with titles like Mystery Joker and Fire Joker just two of the titles that have remained popular with players since their release. Sticky Joker is the latest entry in the series and includes a unique and fun take on the Wild Joker symbol that the games are famed for. In this game, each time the Joker lands on the grid it will stick to the reels and award a player another re-spin; more jokers equal more spins, it’s as simple as that. With the chance to fill a whole grid with Joker Wild symbols, it’s sure to entice players for looking for a simple, fun game to play.

Red Rake Gaming, has launched a new 5×5 reel video slot: 777 Heist, where players will need to employ all their skills to enter a museum without being seen and obtain the most valuable pieces in the world. This slot game includes the well-known Cascading Reels feature, which can also be found in several of the company’s other video slots, such as Solomon: the King, Asp of Cleopatra, Viva las Vegas, Twin Harlequin and Tiger and Dragon. In these types of games, winning combinations from a spin during both regular and free spin features will disappear and the gaps will be replaced by new symbols, giving the player the chance to win even more.

Betsoft Gaming has released its brand new video slot named Monster Pop. This cascading reels video slot offers a 5×5 grid that expands to an impressive 13×13 grid, giving mega win potential with its cluster pay-outs of up to 1921x your bet. Monster Pop brings fast-paced gameplay with exciting action. Collect stacks of monsters and watch out for the MONSTER CLONER SYMBOL to expand the grid. Added Wilds increase your chances for big wins. 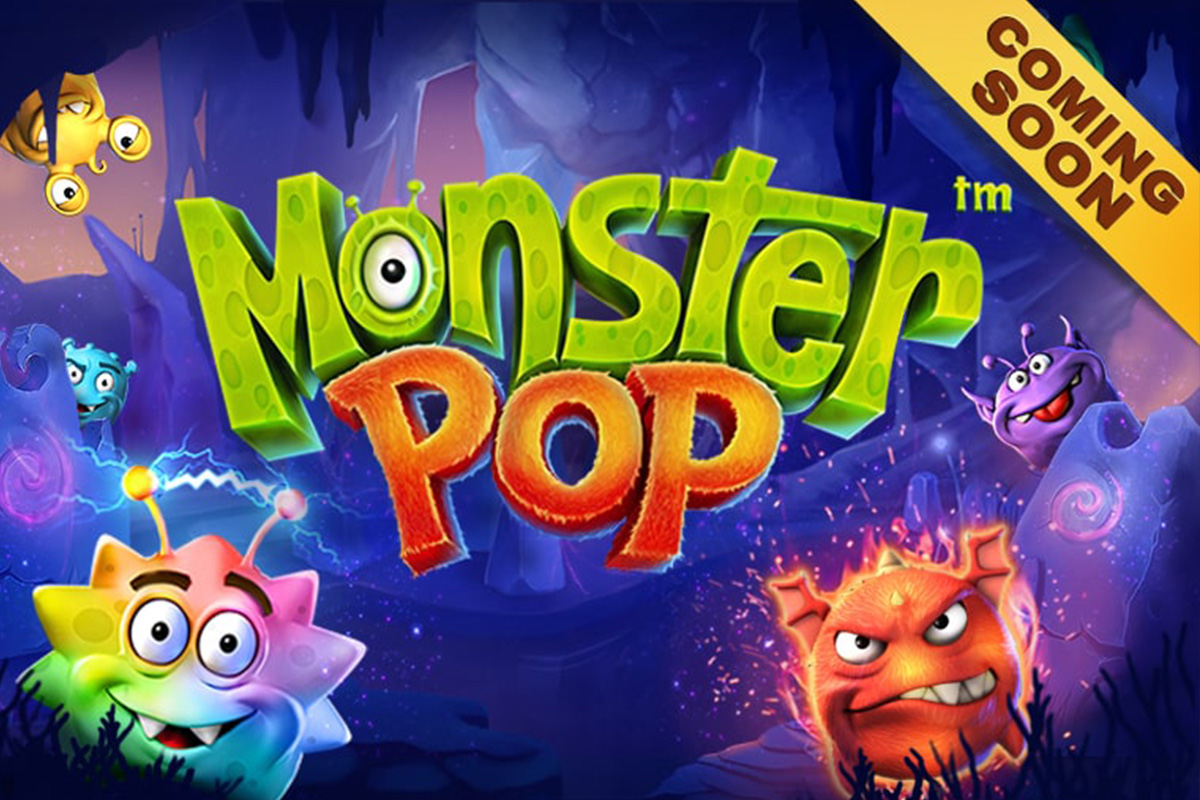 Betsoft Gaming has released its brand new video slot named Monster Pop. This cascading reels video slot offers a 5×5 grid that expands to an impressive 13×13 grid, giving mega win potential with its cluster pay-outs of up to 1921x your bet.

Monster Pop brings fast-paced gameplay with exciting action. Collect stacks of monsters and watch out for the MONSTER CLONER SYMBOL to expand the grid. Added Wilds increase your chances for big wins.

“We are renowned for great storyboards and for true cinematic quality. Monster Pop strengthens this reputation. It also delivers an innovative take on cluster pays slot games, offering players excitement and huge win potential. Player response has been fantastic so far and we expect Monster Pop to be a long term hit,” Annamaria Anastasi, Marketing Director of Betsoft Gaming, said.