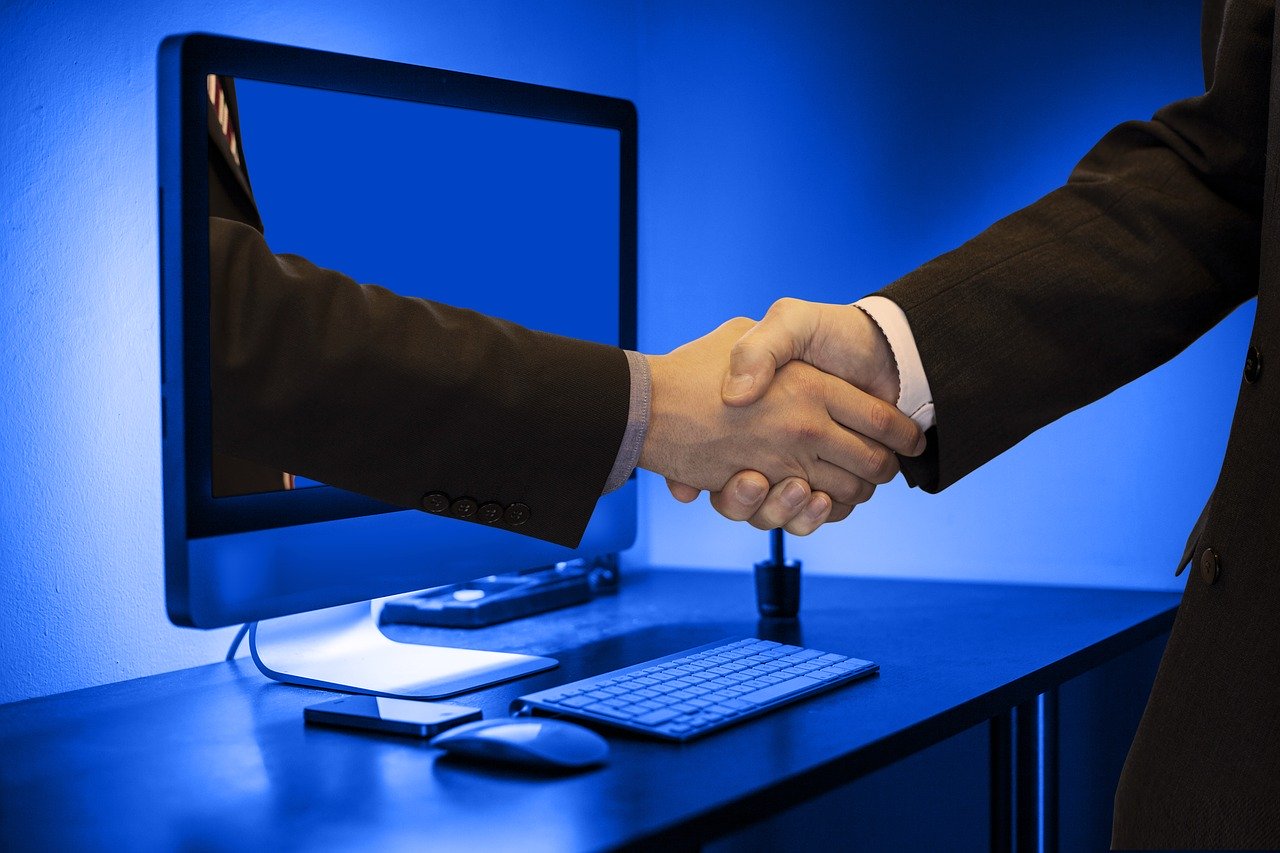 Games provider Booongo has further enhanced its presence in the Latin American online gaming market by reaching an agreement with Rivalo to deliver its wide range of games to the Colombian operator.

Popular slots developed by Booongo including Book of Sun, God’s Temple Deluxe and 15 Golden Eggs are now available to the operator’s ever growing player base in the regulated market of Colombia, with more titles set to be certified for release in the coming weeks.

The deal is the latest in a string of strategic partnerships which has seen Booongo’s vast array of slots build in popularity with players and operators across Europe, Asia and Latin America, through its exciting game mechanics.

Latin America is a key territory for the slot provider who has ambitions to further extend its presence across the region over the coming months.

Sebastian Damian, Commercial Director at Booongo, said: “We’re delighted to have partnered with Rivalo and we’re looking forward to further expanding our reach across Latin America.

“We’re signing more operator partnerships every month, and with many of them taking part in our global tournaments and players competing for big prizes, it’s an exciting time for everyone here at Booongo.”

Alvaro Mosquera, Country Manager at Rivalo, said: “Booongo’s impressive games portfolio is the perfect addition to our offering and its engagement tools are sure to excite our customers.

“The slots supplier has been great to work with and we look forward to an exciting and prosperous business relationship as we look to the future.” 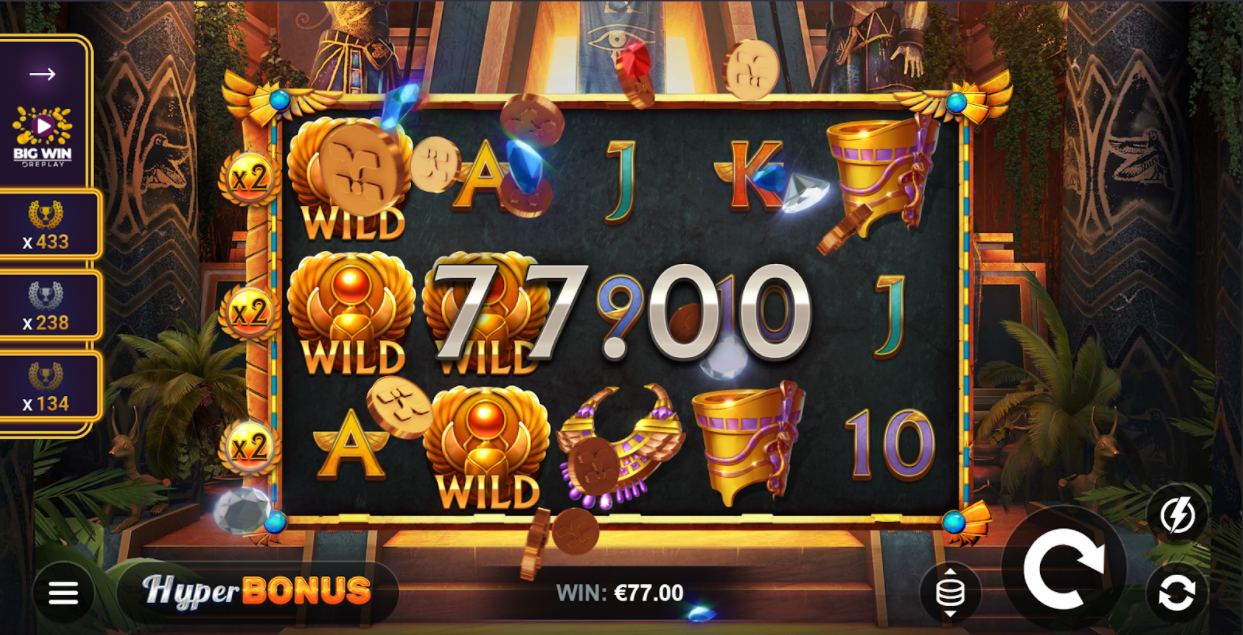 Kalamba Games is rounding off its 2021 roster of immersive and engaging games with its latest release, an Egyptian odyssey set during a Pharaoh’s Reign.

The epic game offers players the chance to take a trip of a lifetime in a classic Egyptian-themed slots adventure boasting one of the studio’s most entertaining feature sets yet, with morphing symbols that shift like the desert sand itself.

Following on from Kalamba’s equally exotic recent hits such as Caribbean Anne 2 and Lady Lava, Pharaoh’s Reign sees the return of the studio’s signature feature K-Cash, which triggers if the player’s Wild morphs into a K-Cash Wild, awarding the amount displayed.

If the Wild morphs into a Cashpot symbol, the meter builds and players could win one of five Cashpot levels at the end of the FreeSpins round.

The 5×3 reel set and maximum win of 2,400x the bet treats players to a glittering and spectacularly animated, fun-filled journey through one of history’s most glorious eras.

Alex Cohen, COO and Co-Founder at Kalamba Games, said: “No-one does the classics quite like Kalamba! We’ve taken a much-loved theme and given it our own trademark gloss, in what is a grand and beautifully rendered Egyptian experience.

“It’s been another great year of thrilling games for us and Pharaohs Reign is the perfect way to sign off 2021. We’re looking forward to seeing how players and operators enjoy the game and we can promise a whole lot more top-quality entertainment coming in the new year.” 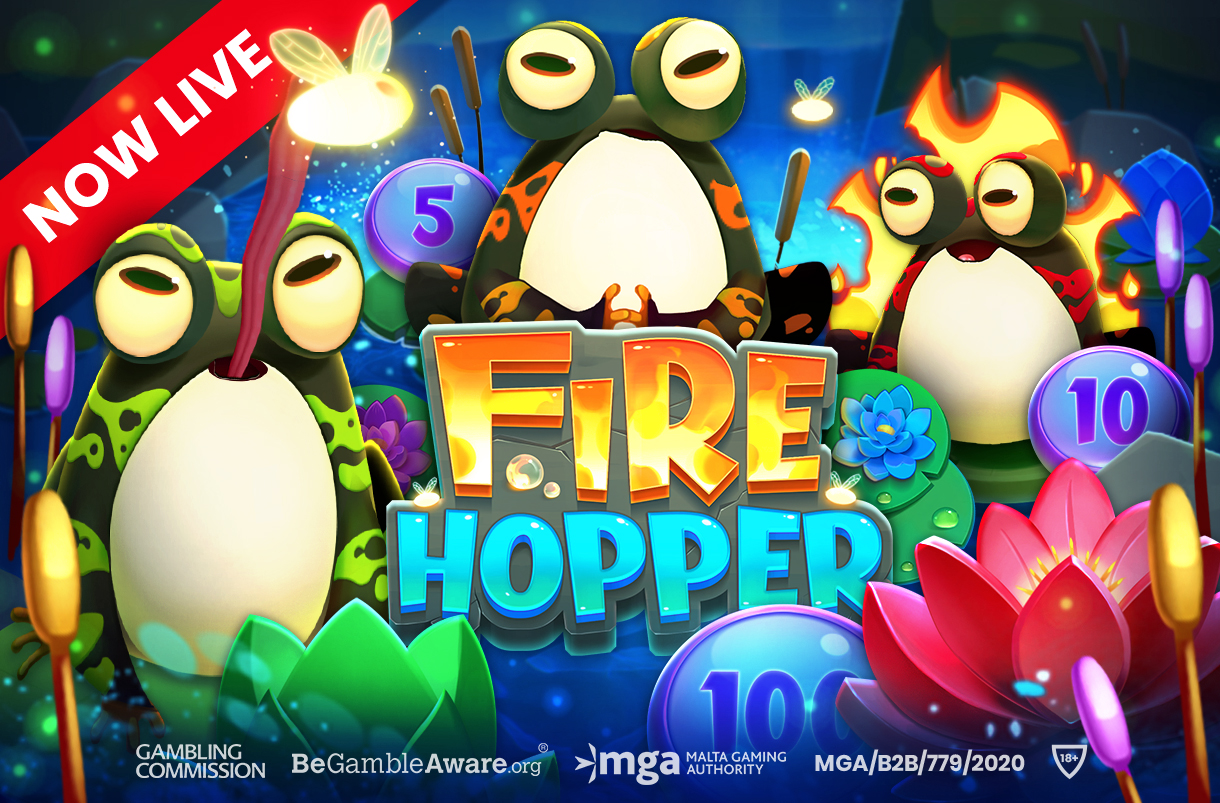 Following a successful beta launch with tier-one partner Entain on its leading brands including Ladbrokes, Bwin and PartyCasino, Fire Hopper is the latest in a string of recent player-first hits such as Fat Drac and Mount Magmas.

Set in a seemingly tranquil countryside pond at the foot of a waterfall, Fire Hopper features a mysterious fire frog, which promises vibrant play and great win potential.

The base game utilises a 7×7 reel set with a cluster paying mechanic on five or more clusters.      When wins occur, the winning symbols are removed and a new cascade begins.

If the Frog symbols appear at the same time as a Firefly, the Fire Frog leaps onto it and transforms it into a Wild Golden Frog, increasing the multiplier for each leap it makes. A combination of the Frog and an instant prize symbol awards the player instant wins of anything up to 1000x, but combined with multipliers wins in general gameplay can reach the dizzy heights of 50,000x.

Land a Bonus Scatter along with a Frog Symbol in order to trigger the free spins game where seven free spins are awarded and any multipliers already accumulated are carried through to the free spins bonus round.

Commenting on the release, James Marshall, CEO at Push Gaming said: “While the tone may be a shift from previous games, the gameplay and win potential will offer players another level of entertainment in a cluster pays game. Our team has done an incredible job with the design and as a result, the game looks and plays brilliantly, especially on mobile.

“Creating something that is a little bit different is what we do at Push and with each release, operators and players can be confident that our entertainment-focused approach will always run at the core of our games.”

Alex Ratcliffe, Head of Slots at Entain said: “Fire hopper is exactly the kind of game exclusive we like to host. During its beta period with us, the contemporary design & subtle physics of the game really shone, and it really grabbed the attention of our players. It’s this level of polish and innovation we expect from a studio like Push and the quality we seek for our loyal players. It’s been a successful launch and we look forward to working together again in the future.”

This latest release comes on the back of a hugely successful year for Push Gaming, having picked up the Game of the Year crown at the 2021 SiGMA Europe Awards. 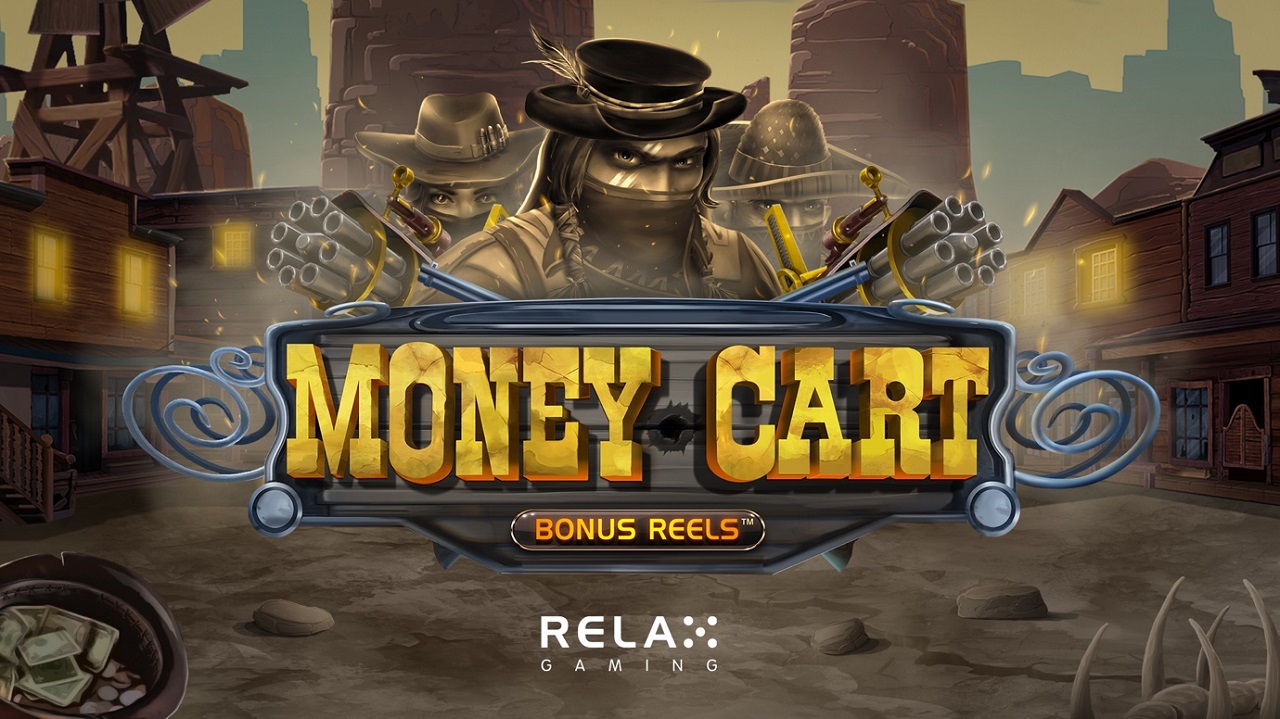 Relax Gaming, the igaming aggregator and supplier of unique content, is on track to cap off a thunderous year with the release of its latest slot, Money Cart Bonus Reels™.

Money Cart Bonus Reels re-introduces all the player favourites from the original Money Train, with reel respins and expansions keeping the train in motion as they try to pull off the heist of the century.

The gang’s notorious leader, The Collector; his trusty sidekick, the beautiful Ms Payer, and their demolition expert, The Widener, are all back and wanted dead or alive.

This highly volatile title takes daring players on a wild ride that sees base gameplay scrapped in favour of high-octane Bonus Reels™ action, promising lucrative payouts to those brave enough to join The Collector and his gang of bandits on board.

Boasting some of the most innovative mechanics in iGaming, Money Cart reunites players with the much-loved features found in the 2019 hit slot Money Train, including the return of menacing character combinations.

This wonderfully designed 5×4 western release has an impressive RTP of 98% and can see players win up to 20,000 coins during the Bonus Reels™ feature, making this slot a must-have for operators looking to offer engaging and memorable gameplay.

Celebrating the launch, Simon Hammon, Chief Product Officer at Relax Gaming, said: “We’re extremely excited to introduce the world to Money Cart, a truly entertaining game we anticipate will be a huge hit with players.

“We were blown away by the success of Money Cart 2, and it became clear to us that we needed to continue the legacy of the Money Train series by releasing the same format for the popular original game, providing the same fast-paced, feature-led gameplay.

“We genuinely believe there’s nothing out there quite like Money Train, and we expect players to get on board with this unique slot experience, and ride into 2022 on a high note with us.”

Now regarded as one of the industry’s leading aggregators, Relax Gaming provides its partners with one of the most comprehensive selections of games available.

This encompasses a wide range of titles, from its high performing proprietary slots to an expansive library of content from hand-picked third-party studios via its partnership programmes.

In tandem with its continued success, the leading supplier secured the award for Unique Gaming Company of the Year at the UK’s International Gaming Awards in September.

This was preceded by four EGR B2B Awards in July, including Innovation in Mobile and Casino Software Provider, as well as two CasinoBeats Developer Awards at the SBC Summit in Malta.